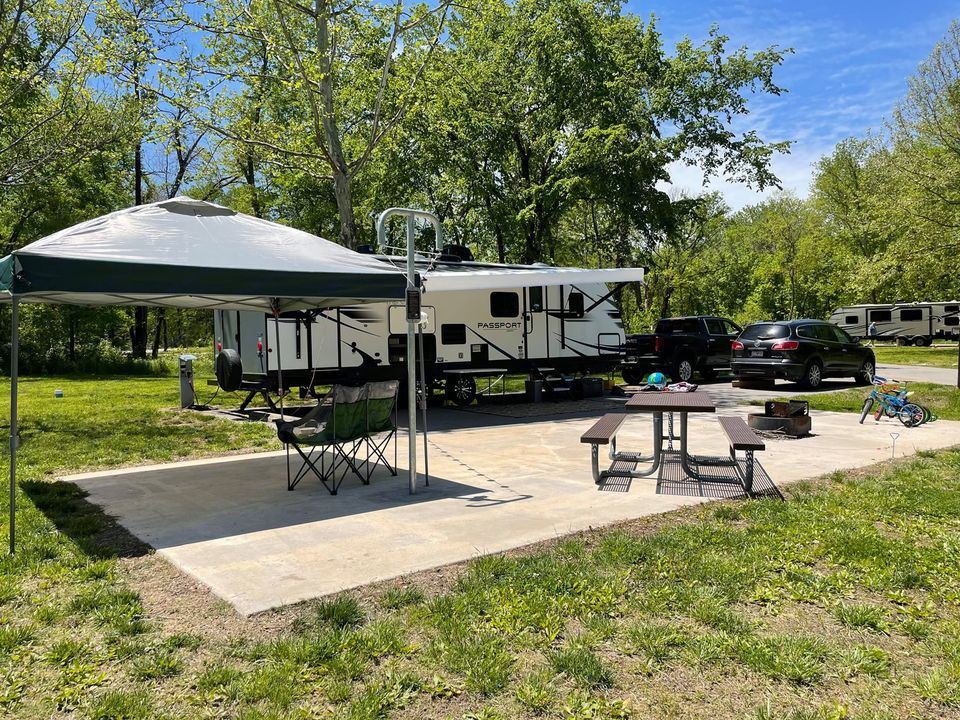 Lauren Williams does not currently have any available vehicles.

Memories made on trips with Lauren Williams's RVs

Grey and Black tanks showed full and we hadn't used them. We were also getting a smell coming from the front of the trailer. They came to move us after 2 days to another lot (we had previously scheduled the move), while they were moving us they went ahead and dumped both tanks again and assured us they were empty. We then started getting another smell (smelled like rotten eggs) I traced it to the battery and they told me to unplug it. That stopped the rotten egg smell. After suing the front sink to wash a pan, the sink backed up. I then discovered the front grey tank had no handle and hadn't been dumped. When I asked them where the handle was to dump the grey tank (which I was having to do by hand since we had the trailer delivered) they said there was a blue fabric sack with the user manual and I could look it up. They said they weren't exactly sure where the valve was for that tank! I found out it was under the over hang and I had to crawl under the trailer to get to it. It did not have a handle so I had to get the handle from the grey tank in the back and use it. When I opened it, it was totally full and under pressure and sprayed horrible smelling water all over. I had to empty the tank which was full from previous renters! Also when we first got the trailer we had to clean the fridge and the oven which were very dirty. When we went to put sheets on the bunk beds there was candy corn and jolly rancher wrappers on the beds. This was a horrible experience.

Super clean and great camper! Great communication and great location for easy pick up and drop off. Had a great time! Hope to use again soon!