Due to COVID-19 most items have been removed
1. Linens removed mattress covers added
2. Chairs and cutlery removed

However, they can be provided on request plus
1. Beach/Picnic chairs
2. Tents
3. 12v popcorn maker, coffee maker, heater, small warmer/cooler, and many more

This RV has been driven

All with a car in tow.

Cleaning: Expect it to be returned clean as provided or $150 charge

NO off-road driving from state/city official roads - permission may be granted for a campsite.

Cancellation policy strict
Mileage
100 miles free per day You will be charged $0.35 for every mile over per day.
Generator usage
4 free generator hours per day If you exceed the included hours you will be charged $4.00 per hour.
Turns out pizza's not the only thing you can have delivered. Outdoorsy owners all over the world offer RV delivery straight to your site! Here’s how it works.
Content by

About the host, Rajiv

We had a wonderful time! Rajiv is an excellent owner- very kind and helpful. He was very responsive when we needed to ask something. Highly recommend!!

1 Photo submitted by Yoni B. 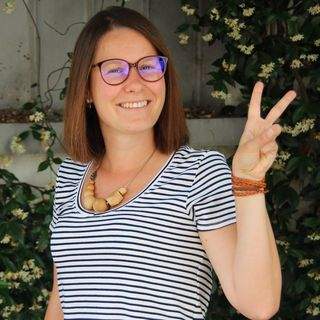 Rajiv was excellent to rent from. He was prompt and helpful before, during and after the trip. This is an older rv and we were realistic with our expectations and Rajiv was very upfront with us about anything we might experience. We have spoken about renting again with him.

This trip was a disaster from the start. Our first day the freezer stopped working while we were driving (without our noticing) and almost everything in the freezer defrosted. That same night, the shower stopped working. We spent majority of our next day at the campground with mechanics there trying to fix the issue and neither of them could resolve it. We spent the rest of our (truncated) trip paying for showers at truck stops or campgrounds. No mechanic or plumber that we spoke to was able to figure the issue out. That evening (of our second day) we developed a flat tire. Rajiv asked us to buy two new tires (one to replace the spare) and reassured us that he would pay us back for one. (He has yet to do so.) Throughout the rest of our trip we had problem after problem. The fridge began to run regularly between 50 and 60 degrees, which meant that several of our food/ vegetable items spoiled (he asked us to buy thermometers for the fridge and freezer, so we were able to check). He asked us to buy several items which he had forgotten, which he was supposed to give to us- such as a plunger, an extension cord, (the aforementioned thermometers), and a snake for the drains etc. As a result of the shower being broken, whenever we used the sinks the water backed up into the shower. We had to hand scoop out the water into the toilet with a cup daily. The water smelled like fecal matter, which spread through the rest of the RV. There were small holes in the walls which had gone initially unnoticed, many of the drawers were off of their runners (which made them very difficult to open and close), sawdust/ wood chippings fell from the cabinets onto the floor, stovetop, and beds, and the RV looked clean on the surface, but was so dirty at a closer look that it took us 5 hours of deep cleaning to make it presentable/ livable. There were "fairy lights" set up as mood lightning in the RV, which was a cute idea, but somehow the wiring for those was linked to the remote for the tv. Whenever we tried to use the remote for the tv, the lights changed colors and turned on and off. the rear-view camera on the windshield kept falling off and hitting the driver. The cameras that had been set up as side-view mirrors kept falling over and the one on the driver's side actually stopped working, making it very difficult to see properly along the RV on that side. Towards the end of our trip we got caught in a bad rainstorm and water leaked in through the vent over the stove, through the seals around the windows, and through the fans in the roof (even though they were closed). There was a tile that had been replaced in the floor, which after a few days of regular walking about in the cabin of the RV began to split and crack. There had also been damage done to some tubes underneath the RV (the mechanic we spoke to said he thought it was the propane tubes, which may have explained some of our issues with the fridge/freezer) by the previous renters which Rajiv and his mechanic failed to notice and/ or repair before placing the RV into our care. We were in constant communication over the course of our trip with Rajiv, trying to resolve all of the issues that arose. When they became too many, we filed a formal complaint. At that point Rajiv demanded we stop our trip and return the RV to him, saying he had officially canceled our trip and we were no longer covered by Outdoorsy. We had to turn around less than halfway through our month- long cross-country trip at his insistence. On the way back the generator began to exude the smell of gas whenever it was on, and on our last night the speedometer began to flail all over the place, bouncing back and forth between both ends of the arc. At the beginning of our trip (at pick up) the ABS light was on. Rajiv told us it would turn off on its own, but it never did. Not only did we spend a large portion of our trip trying to fix the issues with the RV, not only did we have our trip canceled on us, not only did we spend a lot more money than intended on the RV and items which Rajiv had forgotten to provide for us, but we also spent an exorbitant amount of time and money on preparation and shopping for our trip- which went to waste. We honestly could not have had much of a worse experience with the RV or the owner. We tried to make the best of it, and did NOT want to turn around and end our trip early, but the decision was taken out of our hands against our wishes. We made it VERY clear at the beginning of our trip that we didn't care if the RV was luxurious or elegant, just that it needed to be clean and functional. It was neither of those things. We are still attempting to come to a resolution with Rajiv and Outdoorsy as I type this. Our trip was ended by Rajiv on July 13th. We do not recommend this owner or RV.