We are a family of 7. We have 4 children and 1 extra tag along. We bought our travel trailer for church camp in Idaho and then weekends at the lake. We bought our 5th wheel for my husband to stay in when he works out of town and for us to take camping. So here we are now with 2 campers.

Fully stocked Kitchen and Linens. Camper is serviced & ready for the 2021 Season.
Bring the family to have fun and relax.
Sleeps 8, Queen Bed, 2 bunks beds, Couch and table make into a bed.
50 amp service. (Has only a 25’ power cord)
Full size pantry.
microwave
RV Refrigerator
RV stove
Hot water can be electric and propane.
2 Air conditioners
Heater is propane
Outdoor kitchen
outdoor shower
outdoor propane grill
Indoor/Outdoor stereo
1 slide out
No Awning use
$200.00 for delivery/pickup charge.
Take it to the lake and relax with the family and enjoy your time together.
Our family has enjoyed taking the travel trailer to the lake and to church camp in Idaho and visiting Jackson Hole, Wyoming then to Yellowstone.

I really want to give this camper 5 stars because the family that owns it was very helpful and responsive during my trip to fix the issues. However, I belive that this camper needs some work done before it should be rented out again. First off, when I arrived; after paying $200 for setup and delivery, the heat was not working at all. I had verified with the family before renting to make sure the heat was working because it was projected to only reach a high of 36 degrees during my trip. The family was responsive and came over to try to fix, bought me two electric heaters and tried to get a technician out. Only one of the electric heaters would work because the breakers would flip in the camper causing fridge to turn off and other heater to shut off. I bundled up and made it work until the morning of the 3rd day, the technician came out and was able to fix. In the meantime, my sewer lines were never hooked up during the set up process. So the gray water tank filled up and I was unable to shower until she was able to come back out to hook it up. I was capable of hooking it up, but I believe for a $200 set up fee, this should have been completed at the time it was delivered. The toilet in the camper has something wrong with it and it will continue to run after you've flushed. So multiple times it almost overflowed, or I sat in a full toilet bowl of cold water in the middle of the night. The hot water heater lasted maybe 8 minutes and it was nearly impossible to take a shower even with turning the shower head off while soaping up. The door handle locked me out several times even after making sure it was all unlocked. Some mechanism was not functioning correctly. There is also a gas leak in the second propane tank lines that caused me to lose heat again a few days later. I will say the camper was clean, bed was comfortable and it has a nice interior. If you are looking for a fully stocked camper, this is not it as you would have to pay extra for linens, paper towels, cooking utensils, etc. I wish this family the best and thank them for all they did to accommodate me.... I just feel this camper needs some repairs and the price needs to be adjusted according to what is offered and the customer service.

First time experience and nothing to complain about! Both Donnell and Pamela went over everything on RV in detail. Very kind and generous people. Excellent service. 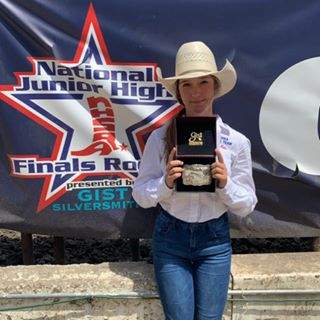 Experience was fine, with the exception of owner telling us they would leave the key for us to get into the camper, then when we were almost halfway there on a 10 hour trip, they let us know that they didn't leave the key. Options given to us were to wait for them to get off of work, which would have had us sitting around for approximately 2 hours, or drive to their work to pick up the key. We elected to drive to their work, which added an additional hour to a ten hour trip hauling horses.

Great experience renting an RV for the first time. Would gladly rent from them again.

Visit our FAQHow it works
Q.What flexibility is available for picking up and dropping off the RV?
A.
I am flexible with picking up & drop off within reason.