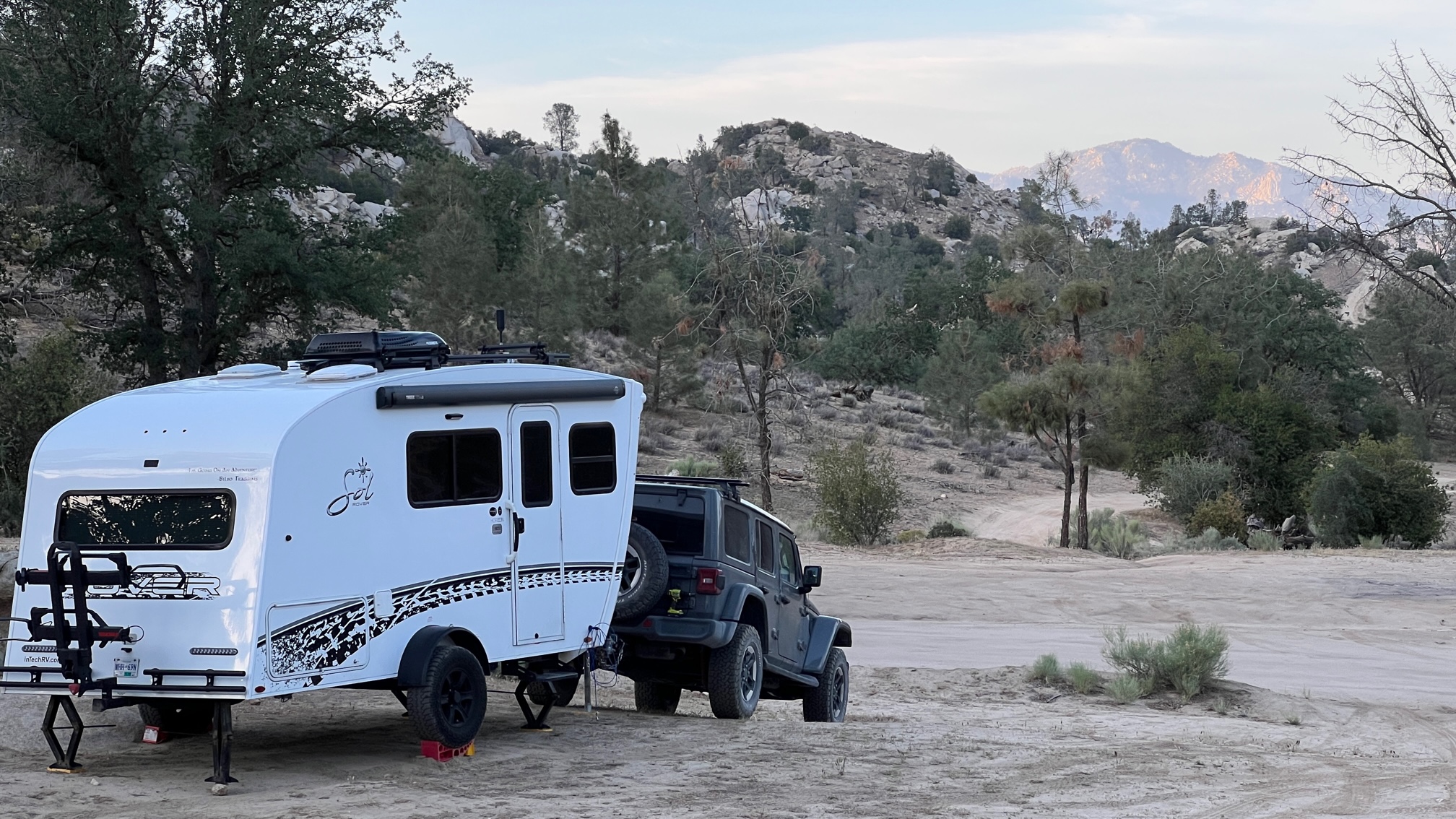 We absolutely love exploring. We have taken Bilbo across Canada and down the Pacific Coast. He is an awesome trailer. Unfortunately we need to take a break from the travels but want his adventure to continue.

Memories made on trips with James Holden's RVs

James is a lifesaver! We had booked a different trailer 2.5 months before our camping trip and were looking forward to our adventure. Unfortunately, just one day before our trip, the lessor of that trailer tells us that his trailer is damaged and is no longer available to us! Had we done some more due diligence and read his reviews, we might have noticed that he had pulled this stunt with another would-be lessor as well just in the month prior and might have avoided his trap. Anyhow, we scrambled immediately to try to find a replacement. We contacted about 6 other lessors, and only three replied. Two replied with merely “no”. We thought that our excursion would be ruined and lost sleep over this impending reality. Thankfully James appeared Heaven-sent and came to the rescue to say “yes”, available! Disaster averted!

Not only did we incredulously succeed in finding a substitute trailer, we actually improved upon our situation. We went from a 2017 to a 2021. We were the first lessee ever. James’ trailer came quite well equipped with a whole host of items whereas our previous attempted trailer came bare; the owner informed us that he was tired of things going missing so he removed everything. James lives up in Squamish only minutes away from our campground compared to about 60+ minutes from North Vancouver, so much friendlier to Mother Earth. As a result, James even offered to come over for technical support should we need, an offer definitely beyond requirement. Having not camped for over 20 years and never before in a trailer, we were dreadfully slow in packing, fearing that we would miss bringing something. We arrived several hours later than intended and likely inconvenienced James, but there he was upon arrival ready to educate us newbies on how to use all of the numerous features of his nearly-new trailer, but probably more like how not to break anything! On top of that, he greeted us subtly with Smores sitting on the table, never drawing attention to his offered welcoming treat. You might think that we had to pay a premium to achieve all of these gains, especially so last-minute. The difference in price proved insignificant.

As far as our three day experience went, everything worked. This was expected considering that the trailer is still nearly new. It was a joy to live in this temporary home. We treated it like it was ours and used the trailer as lightly as possible and kept it immaculately clean, just as James had prepared it for us. We switched the refrigerator to run on electricity rather than use propane needlessly. We never ran out of hot water for our showers because we all showered as instructed without continuously running the water. We had hot water to wash dishes. Best of all, we never had to line up whenever natured called. If we had to take one issue, it would be that the air conditioning controls were a little finicky, but we managed via James’ telephone support and self-discovery.

On pick-up day, James allowed us to watch and ask questions as he disassembled the trailer for travel. We learned so much about what went into setup and perhaps we might even be adventurous enough to try towing the trailer ourselves, just as long as we have an electronic brake controller in our tow vehicle as we learned.

Overall, James was a pleasure to rent from and his trailer is everything we imagined it to be. We wholeheartedly recommend renting from James and would do so again ourselves. Keep up the good service J! 😊