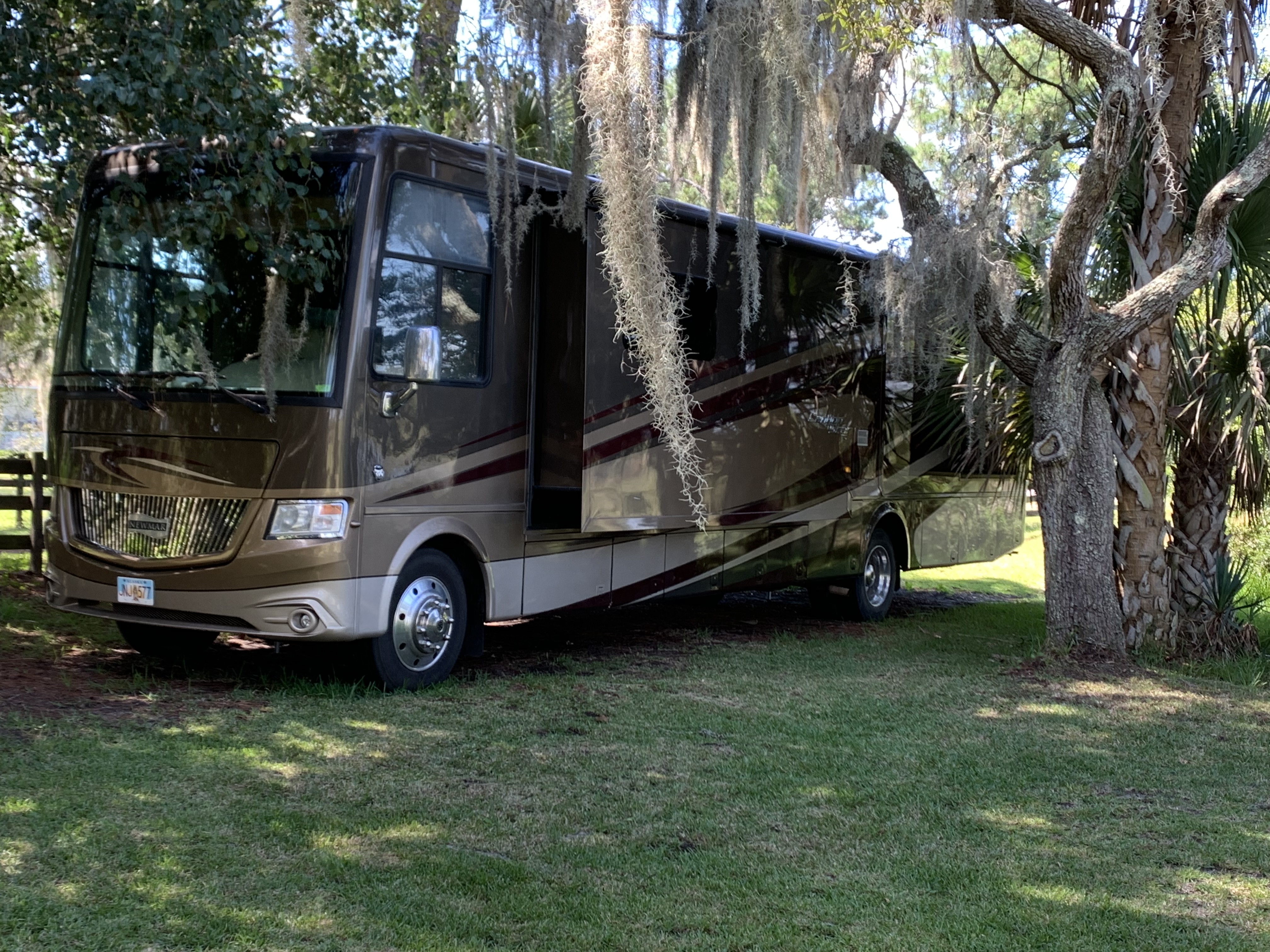 Ed Roberts does not currently have any available vehicles.

Memories made on trips with Ed Roberts's RVs

Overall, the experience fell far below our expectations.

We rented from Atlanta and made reservations in Key West for 9 days, so after the 5 hour drive to pick up the RV in Brunswick GA, and with the reservations already paid, we had no choice but to take the RV. If we had an out, we would not have taken it. Lesson learned here...don't rent sight-unseen.

The RV did not match up with the description in Outdoorsy (no Satellite TV, a single rollout sofa rather than 2, and the CD player did not work). When we picked up the camper, the owner told us she had discontinued the satellite service. Additionally, when we got to the campsite, we were unable to hook up to the camp cable due to a blown fuse and missing fuse cap in the camper. We ended streaming Netflix from my laptop for the duration. Ok, but not what we expected at all.

The toilet continually clogged up - we snaked once and plunged three times to clear it out. Regardless of how carefully we used it, it clogged. After the first plunge I literally did not use it again the entire time - I used the campsite's bathrooms instead. Still..it clogged.

The camper drove horribly - perhaps badly in need of an alignment or something. It was a tough drive all the way to Key West and back, so about 20 hours of wrestling with it non-stop every minute on the road. I've driven large campers and other equipment before, I know how it should handle, and this one is in bad shape in this respect. We sent a message to the owner about it and they said the previous renter hit a large pothole while at a nascar event and they had not tested it on the highway afterwards. Then, when returning it, they said they never drove it more than 4-6 hours at a time because it's so hard to drive. So a bit of a conflict there. It handled terribly while driving but in addition to that, every bump in the road caused everything inside to shake and rattle. Very bumpy, uneven, horrifying ride.

The interior is a mess. the captains chairs in the front are peeling...leaving bits and pieces of the fake leather everywhere. Same with the one rollout couch. The result was a need to sweep up the little pieces every day. The cabinet doors...just about every single one of them...have broken hinges and come apart when they are opened. Several of the floor tiles are missing and others are separating. The bedding that was supplied was soiled - we used our own but still we felt like there were bugs or something in the camper. Lots of bug bites.

There were drawers full of the owner's stuff as well as what was apparently personal items from the previous renter as well. This made it pretty obvious it had not been cleaned or sanitized between rentals. We spent the first day of our vacation cleaning the inside of the camper as it was not clean at all.

From the outside, the camper continually smelled of sewage, I think. Just a bad smell around it when parked.

The only two seat belts in the entire camper are the two captains' chairs. Some states require all passengers, front and back, to be strapped in while driving so this is not a good RV for any more than 2 people to travel in.

While driving, the generator would shut off randomly, even with a full tank of gas. It always restarted but then, 10 minutes later, it would be off again. This made it unbearable to ride in the rear of the RV due to the heat (no generator, no AC, and no fridge).

A bit of an oddity, and perhaps it's entirely OK, but the plates on the camper are Alaska plates with 2020 tags. The owner could not locate the registration for us but assured us it was registered.

Aside from the above, we managed to have a good time at the campsite. Once parked and expanded, there is plenty of room. The AC worked 100% while on camp power. The fridge kept our food cold. The exterior TV, when we pulled it out of the bay, fell off it's hinges though, so we did not attempt to use the exterior TV. That would have been a nice thing to have working.

Overall, super unhappy. This was our 36th anniversary vacation and we spent much of it cleaning and fighting with the camper. We felt like we paid Four Seasons price but ended up with a badly managed Motel 6 room.

Had a great trip in their rv, I was amazed how big the bathroom was. Communication was very fast.