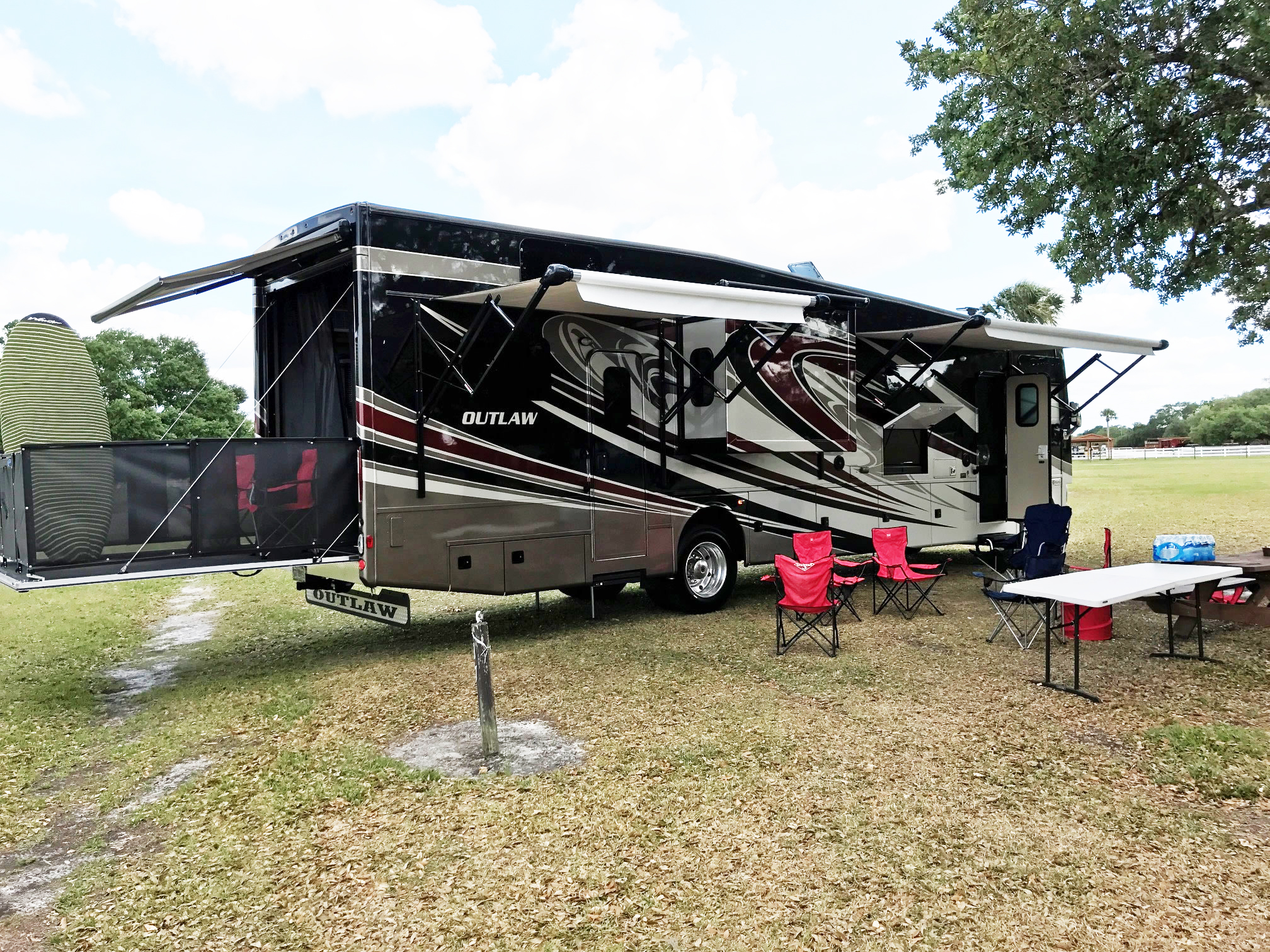 Memories made on trips with Adrian Jacobs's RVs

We were very disappointed in the condition of this trailer on arrival. The first thing we noticed was a strong sewage smell inside. We were told that we would need to dump the sewage as it had not been done from previous renters. We were also told to go buy blue tablets to put in toilet to cover the horrible smell. The pictures on line were not accurate as the mattress was filthy with stains. The table/bed cushions were also not as pictured with the vinyl either gone or flaking off. See pictures which can give you an idea. The water hose, which we were told was in good shape was unusable as when hooked up green sludge came out and smelled of mold and mildew. We took the trailer as we had no other option and had just driven 14 hours. During our tutorial we were not given info on how to turn on frig. After several phone calls to Adrian we finally got it working. The trailer could have been nice. The ac worked great as did the frig after trouble shooting. We closed off the bathroom area and did not use it or the water from inside in any location. We were in a remote location with no access to purchasing items for a trailer. The smell of sewage lingered for several days. In summary, we felt the trailer was misrepresented with photos and the idea of requiring the renter to flush sewage and gray water from the previous renter’s use is completely dissatisfactory.
I am not recommending this rental because of this.

Camper was as described and everything worked correctly. Thx Adrian.

The RV was perfect for our trip and Adrian was very easy to work with. We have already booked another it for another trip!!