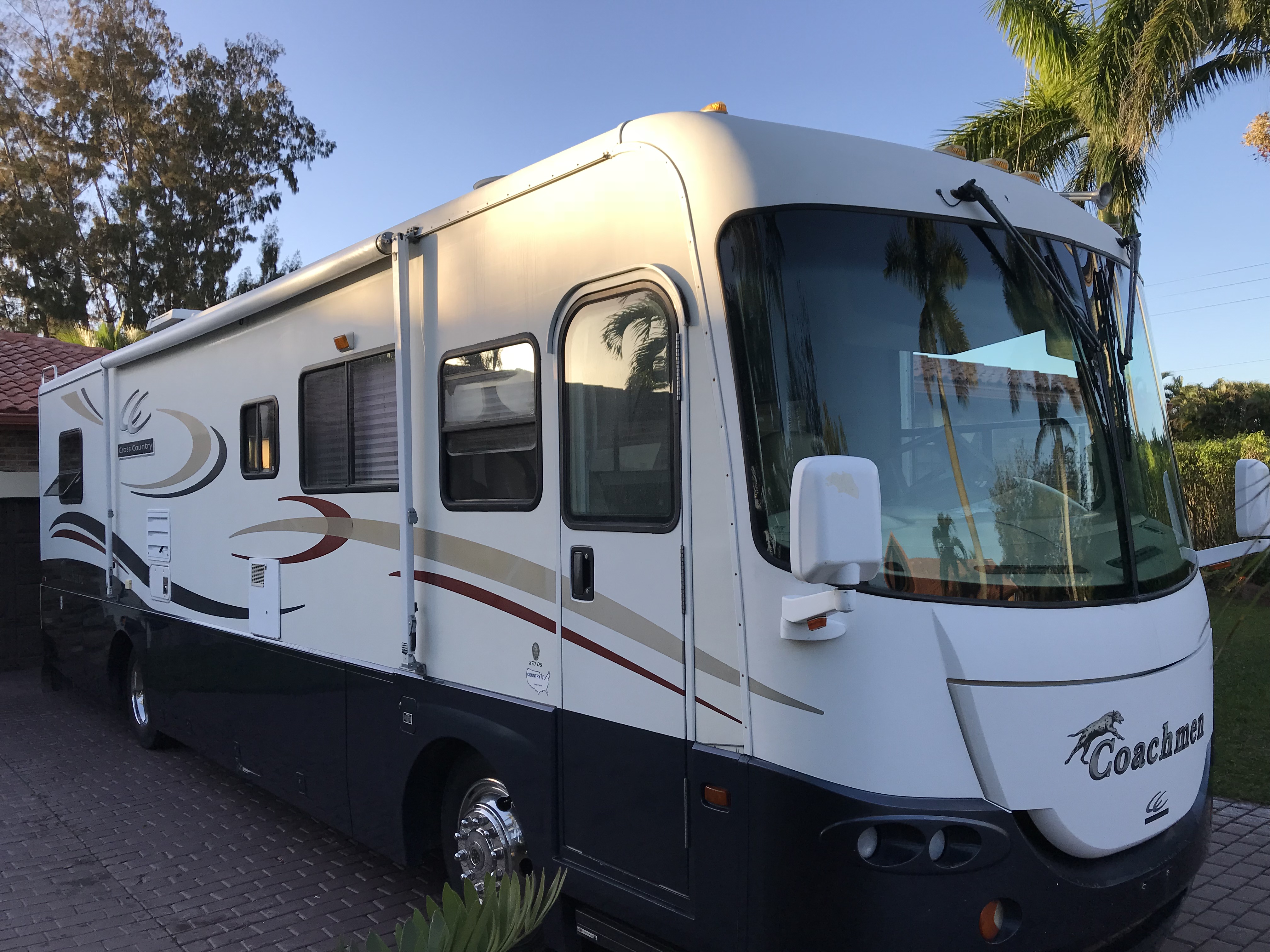 4.4
Outdoorsy memberHost since March 2018
100% response rateTypically responds in less than an hour

4.4
Outdoorsy memberHost since March 2018
100% response rateTypically responds in less than an hour

Ignatios Kazoglou does not currently have any available vehicles.

Memories made on trips with Ignatios Kazoglou's RVs

I am very disappointed with the experience that I had with Outdoorsy and with Ignatios.

Communication throughout the entire experience was extremely poor. Ignatious was totally unresponsive to any of my messages the week leading up to my reservation. I called Outdoorsy for customer support and was on hold for nothing less than 4 hours on two separate occasions. This is totally unacceptable and borderline fraudulent.

I reached out to Ignatious a week before our trip asking about cancellation due to illness in our group. It took him 3 days to respond, and that was only after we contacted Outdoorsy to complain that we had not received any word back (which took 2 calls and 5 hours on hold to reach). Then, after finally responding, he informed us that wasn’t possible due to his cancellation policy, which is understandable.

We requested changing the date instead and he initially said yes (after having to track down his phone number because he was NOT replying to a single message on the app, which is the company’s recommended form of communication for keeping record). We then reached out to him again to ask how he wanted us to go about arranging a date change - no answer.

I then called Ignatious again. He said to change the date on the app and he would approve it. By this time it was already the day before our original trip. I change the date, send him a text to remind him to accept, and receive no answer. I then send a message on the app that evening, no answer. I then call the next morning because at this point it was supposed to be our pick up day and at that point he tells us “sorry but we’re not gonna change the date you’re the one who will be losing money not me”. So essentially, he was not going to accept the change, which just 24hr earlier he had said he would, and was not even going to INFORM us about his refusal to accept. I had to call him in order to find that out! By then most of the group had made other plans or were still sick so we still couldn’t even use the RV. If he had just been forthcoming, or just been a good communicator from the beginning, we could have at least found someone who would be willing to take our reservation to not lose the money, but instead he was dishonest. We lost the trip and our money.

I am very disappointed with this whole situation and do not recommend him at all. Further, attempting to contact outdoorsy was a nightmare, I was on hold for 4-5 hours only to get hung up on immediately (and that happened twice). I attempted to contact via online chat only to again receive no response and a generic email days later that said “I hope your questions have been addressed”.

Very disappointed with the handling of this matter on both fronts. I will never be using this service again and will not be recommending the service for anyone I know.

Ignatios was terrible. I first found him on RVShare 3 weeks ago and he was he never responded to any of my messages. I later found him on Outdoorsy and he replied, but his prices were much higher than on RVShare and did not include any milage. I requested to book anyway because the Ambassador best fit my needs. He approved the request and 5 days before my trip I sent him a message inquiring about pick-up time. He responded by cancelling my trip citing a personal emergency. He would not even have notified me of this if I had not contacted him first. He has now left me the impossible task of finding a new RV with 5 days notice. My family of 6 all requested time off from work because we were counting on this reservation. Ignatios has been extremely unprofessional and a terrible communicator. Save your time and look elsewhere.

Definitely a bad experience super unhappy with the RV, first Battery issues had to keep generator running all day And then generator has a propane leak which all the smell came inside cause my mother and sister to become sick , definitely hasn’t been service in a while the oil is like tar , another issue we had was the toilet. It was loose which all the smell from the tank was all over the interior..RV was dirty interior and exterior definitely not a good experience

5 Photos submitted by Hendrix A.

He was friendly , the Rv works perfectly and was clean

We had a great time during our camping. The RV was in great condition and very clean.

Ignatio is a very cheerful person and makes feel very good about doing business with him.

Ignatios was a great person to deal with great communication the camper was just as great very easy to setup and hauling it was smooth definitely recommend. A+++

This was our first time renting a RV. We had a wonderful experience with the owner, Ignatios. He explained everything is detail. The RV as clean and comfortable for our needs. Everything in the listing was there and the shower was awesome!!. We will rent again.

Outdoorsy fee is to expensive. Besides that, the experience was good

The man knows his equipment. Very easy to work with and extremely helpful. Look forward to renting from him in the future

Second time renting this RV. Everything is super easy and the owner is a pleasure to deal with. Wouldn’t think of renting from anyone else. New to renting RV’s and he has really helped make it truly enjoyable.

Ignatios has been a formidable person, always attentive to our communications and doubts. He delivered us and received the vehicle with a lot of help. He is an easy person to treat and willing to help.

The owner was extremely helpful and responsive and while we had questions during our trip. The overall experience was a pleasure an pretty sure we are already setting up to rent from him again.