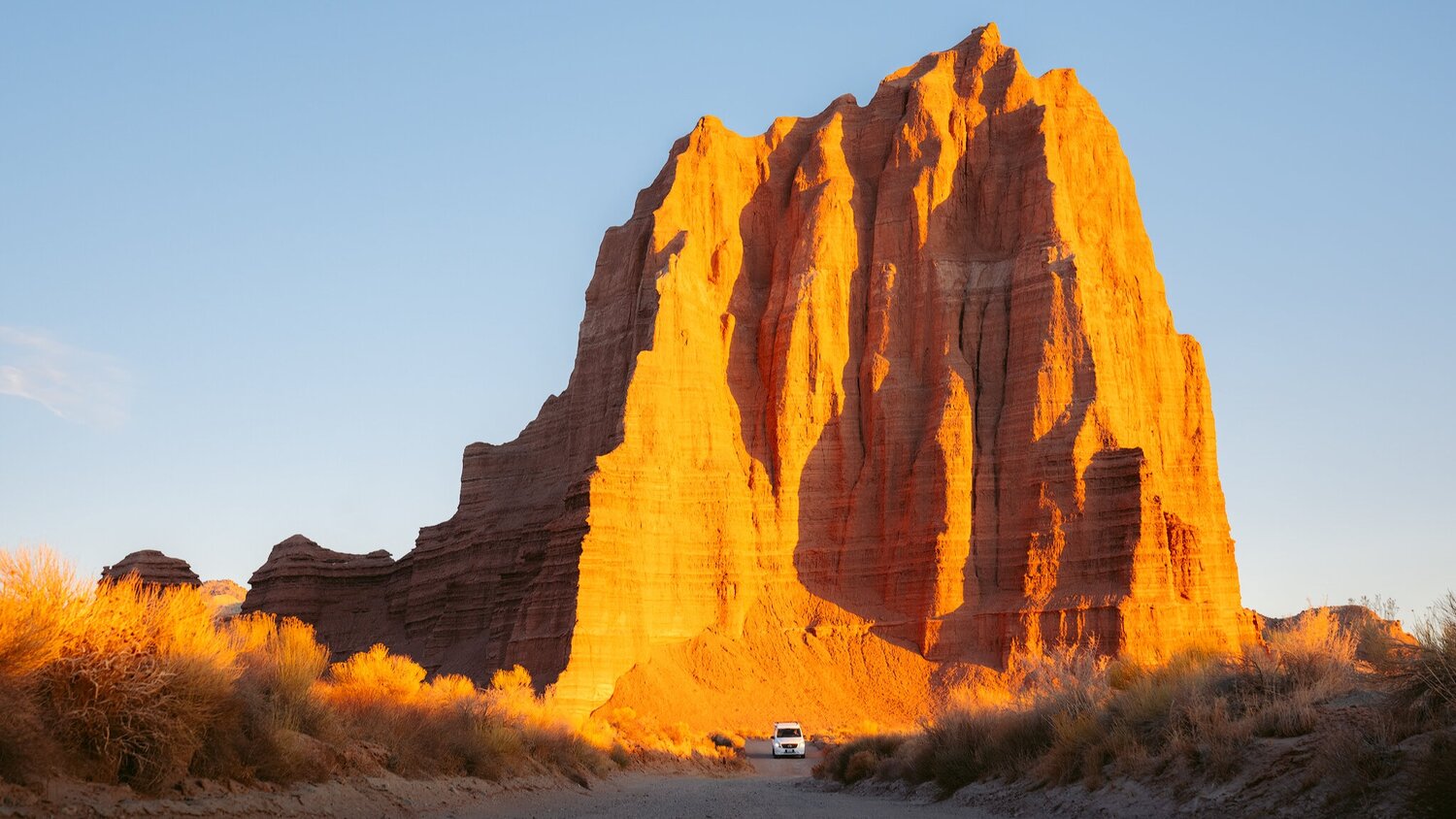 4.97
98% response rateTypically responds within an hour

Located in Salt Lake City, we are a team of outdoor enthusiast who want to help you see more of the great state of Utah, whether you are local or visiting. We think Utah is the Bee's Knees (Utah is known as the Beehive state ;-) We have vans that will get you around in comfort and safety. We are here to help, so reach out if you have any questions or concerns.

4.97
98% response rateTypically responds within an hour

Memories made on trips with Gladstone Recreation's RVs

Great experience , Doug was super helpful and responsive and the RV was clean and well equipped. Would definitely rent again!

Great van. Well equipped and in excellent shape. Robert communicated very well through the entire process including a thorough orientation. If you need a suggestion where to go, Yellowstone is a beautiful choice. Thank you for a memorable time.

Wow what an experience. The Winnebago Revel is an amazing van and would highly recommend it for discovering Utah and surrounding states. It's perfect for 2 people and can do 3 nights of "boondocking" or "Dispersed" camping with little worry. If later in the season, watch your battery levels as the van doesn't have huge batteries, that said we never had a huge issue, only when we tried to draw too much power with both the cook top and kettle at the same time and that was easily fixed by making the coffee first. :)

Honestly super easy to drive, and very comfortable we covered ~1200 miles and had a ball. 5/5 would recommend.

This was our first experience with a camper/rv or anything like it but this won’t be our last. Robert’s van was AWESOME. It’s really easy to drive, good on gas and has everything you need to have a wonderful time exploring.

Robert was always quick to respond to our questions and he did a great job walking us through everything we needed to know before we set out on our road trip.

Second time renting this rig in the last 12 months—did not disappoint! My husband and I rented for a long weekend trip to Fruita, UT to mountain bike. Stayed warm and dry despite rainy/windy weather. Tossed our bike rack on the hitch to free up space in the van. Would def rent again!

My husband and I flew from San Jose to rent Robert's Revel due to higher rental pricing in the Bay Area. We originally chose this van as part of our exploration of various camper vans, but we decided to purchase a Dodge Ram with a semi-custom build - outdoor shower, cassette toilet - after scheduling this trip. Unfortunately, we missed the cancellation window, so we kept this rental.

Robert went over all the features of the van and was very responsive to a few initial questions we had on the road. Since we couldn't bring all of our camping gear, Robert provided two folding camp chairs, but one was missing a few screws - it worked but we had to make sure one leg was attached before sitting down. We brought our own towels, a packable Rumple blanket, and solar lights. Robert provided pots, pans, plates, cups, utensils, pillows, comfy flannel bottom and top sheets, and a very heavy quilt, which we didn't use. We did use the provided bug screens, which snap in place, but the center zip on door screen was a little inconvenient to use (I think the newer Revel model has a magnetic screen closure).

We spent 11 days touring Zion, Bryce and Capital Reef. Since we only had reservations in Capital Reef, at Fruita campgroud - highly recommend - We had planned to boondock, but found campsites in all of the above, and two smaller campgrounds, White Bridge and Deer Creek. The scenery was fantastic, exceeded our expectations, much more forested than we expected, especially in Bryce.

Our only problem on the road was the heater and hot water. White Bridge was at a higher elevation and cold in the morning, so we turned on the heater; stinky grey smoke blew out the side of the van, into a tent campsite. We contacted Robert; he responded quickly and said maybe the filter needed cleaning. Fortunately, in the other locations we didn't encounter cold temps and didn't need the heater. Also the hot water never got hot enough, maybe tied into the diesel heater?

Recommend running the heater and hot water before leaving Robert's house to make sure they work.

Ont the plus side, the Revel never ran out of power, was easy to drive. The large water tank provided plenty of water and was easy to fill. The gray water was easy to dump. The toilet, which sat at a very comfortable height, was very easy to dump - becomes a wheeled suitcase, ingenious!

A few negatives regarding the Revel design:

1. Lack of storage for clothing. We lived out of our suitcases. It would have been nice to have some bins, or another large chest like the one Robert has on side of the garage. That chest stored a super long hose and some other gear. When the bed is in the raised position, the garage provided a place to sit and put on shoes and get dressed, but was too low for us to stand up fully.

2. Shower was very tight for my 6' tall husband. I'm 5'6", so not as bad, but we only used the shower once. We showered in Bryce in their roomy showers.

3. The "bedroom" felt claustraphobic (see photo). The side walls provide a separation from the living area, but they also felt confining for sleeping, and it was a challenge to get in and out of the bed. We're tall, but still still had to launch ourselves into the bed. If you're short, you might need a stool!

4. Overall design felt very tight. We had to dance around each other, especially if someone was in the bathroorm.

Perfect for a trip to Yellowstone. Pleasure to drive and camp in!

I have to admit that I was getting anxious about using the Sprinter as the trip approached. Robert’s walk-through of the van set me at ease. The van was great to drive, continuous power from the solar panels was wonderful, and the natural cross-ventilation with windows and the fan maintained a good temperature. The bed was very comfortable as well. I think you’ll have a great experience if you rent this van.

This was our first time RV’ing and we had a blast. We’ve been interested in what van life would be like and this experience has only increased our interest. Robert was great to rent from. Great communication and easy to work with. The van was everything you would expect from a Revel. Much easier than I expected and it was a lot of fun to drive. Very comfortable, especially the bed.