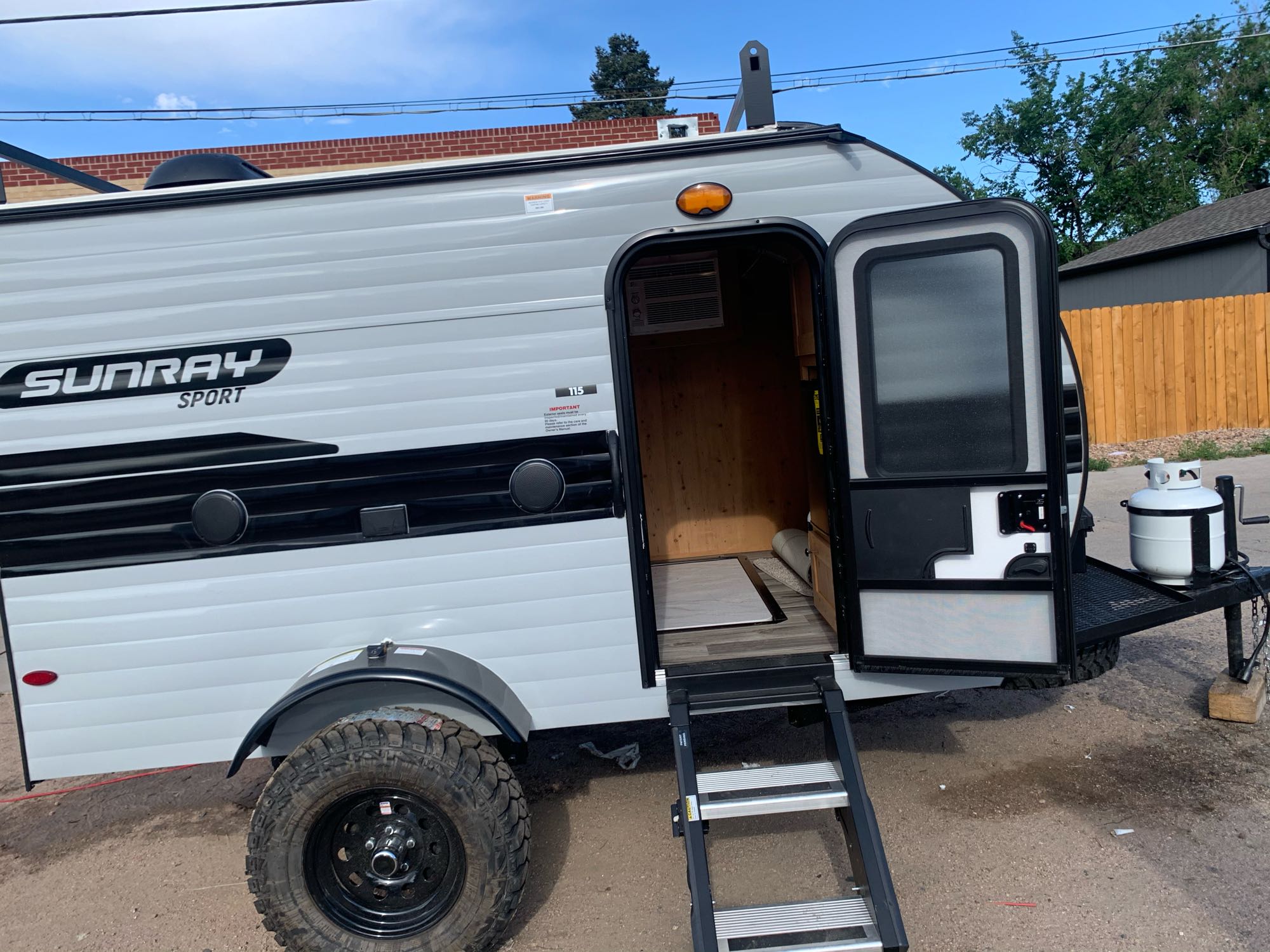 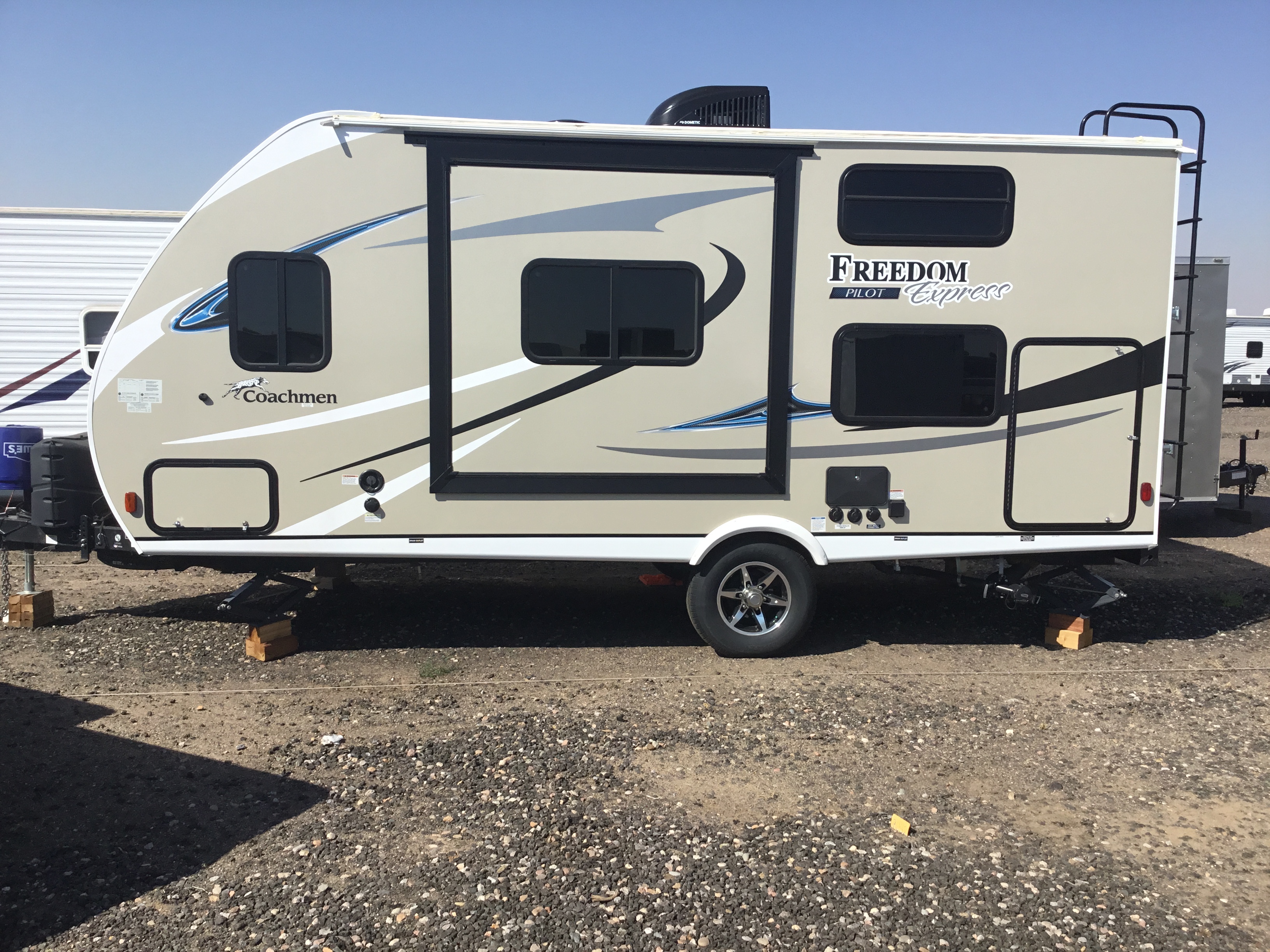 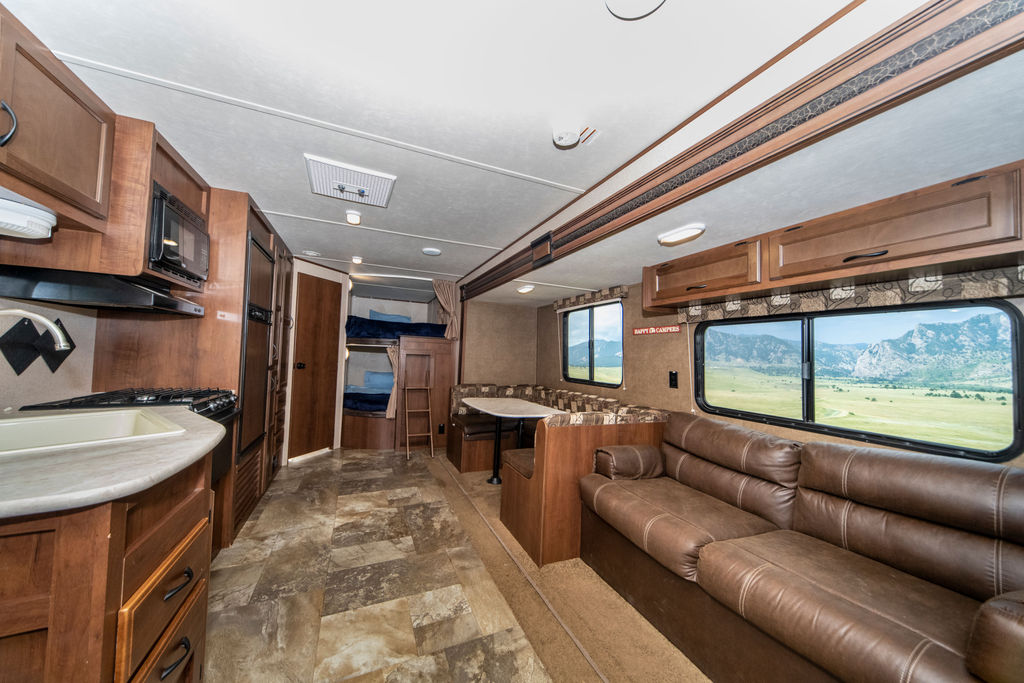 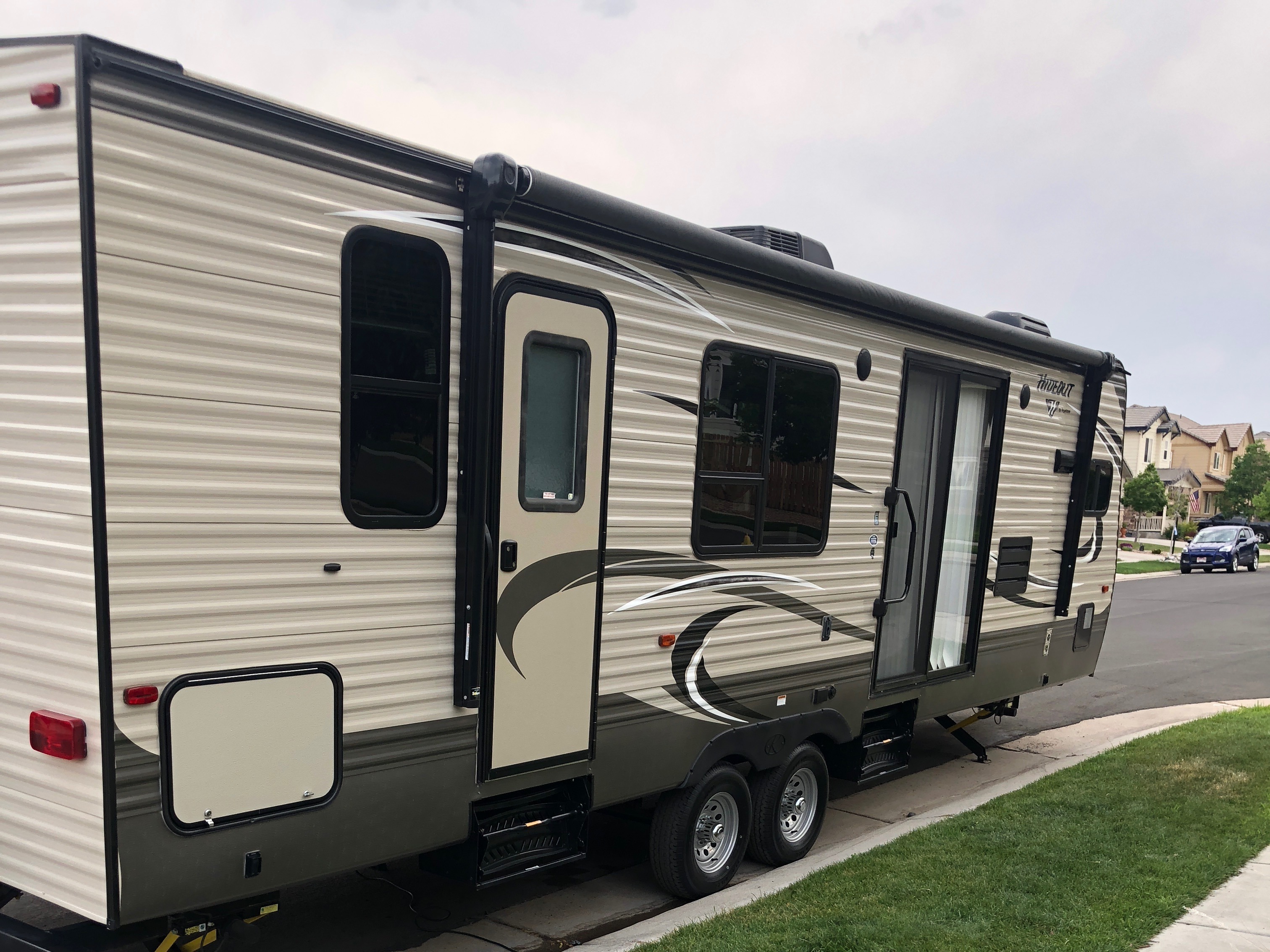 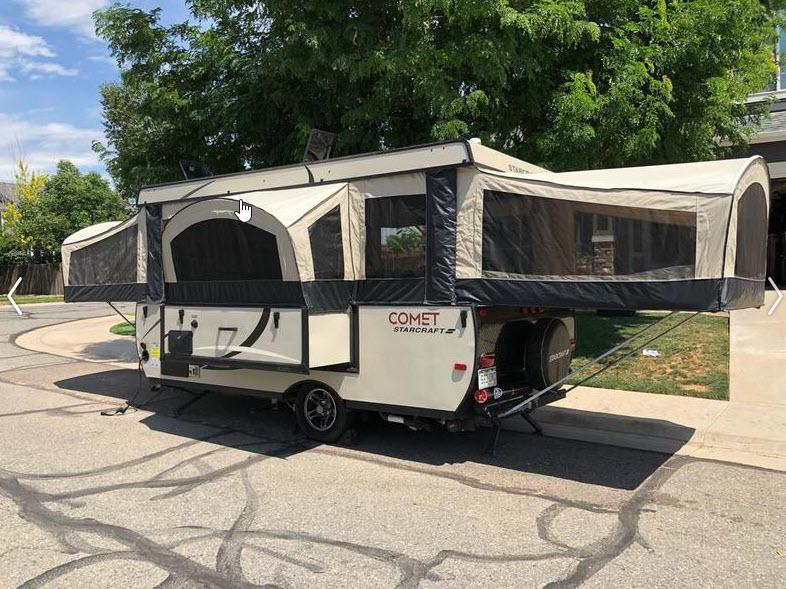 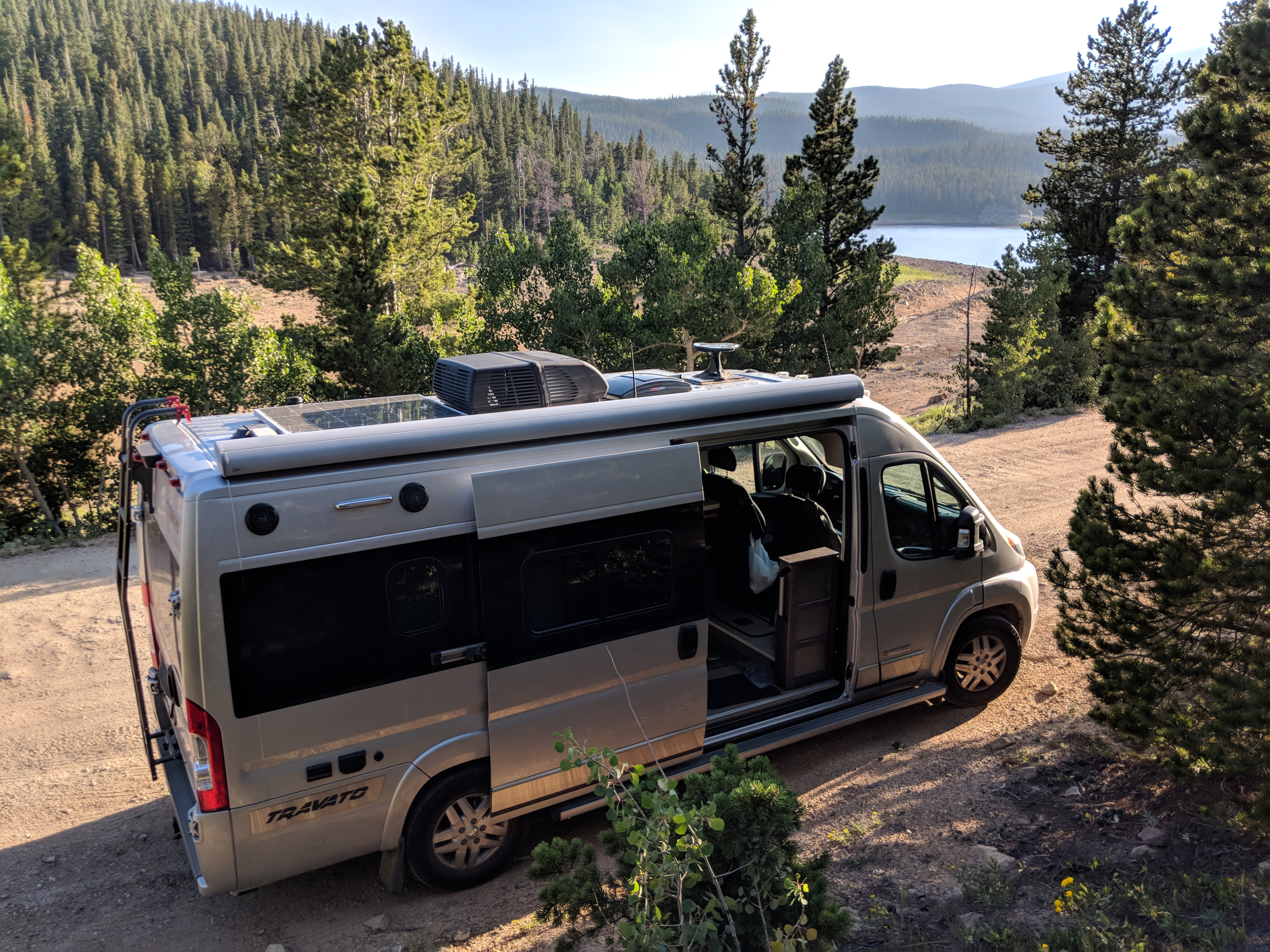 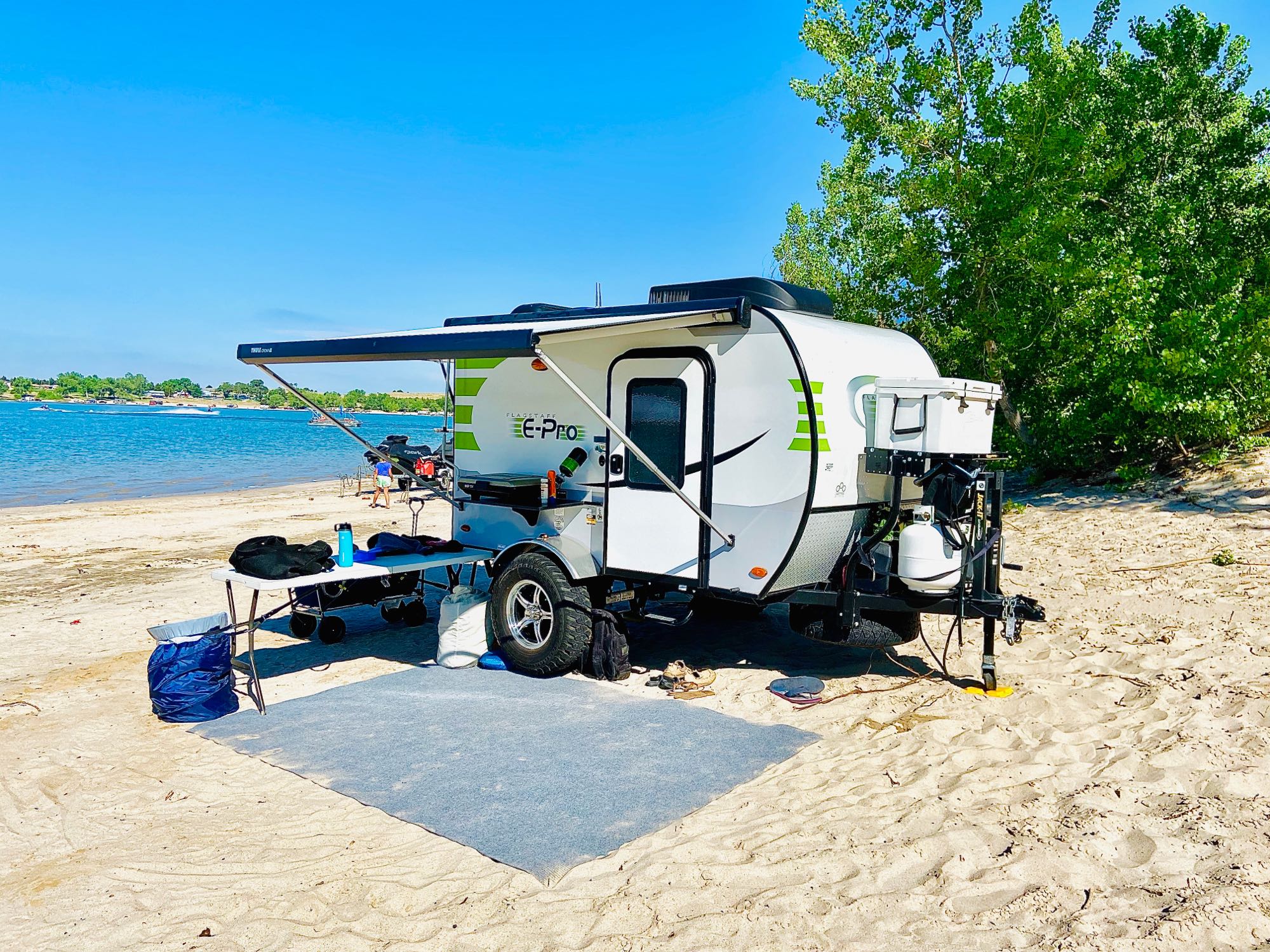 Colorado is an outdoor lover's dream, and that’s true no matter where you stay in the state. The Rocky Mountain Front is the most popular region, but campgrounds fill up quickly during the summer months and traffic around Denver can be a challenge to navigate. To get away from the hustle and bustle though, all you have to do is drive a little to the east of Denver. The South Platte River Valley contains much of the same rugged beauty that the state is famous for, but is less populated. When you book an RV in Weld County, one of your best options for accommodations is the Pepper Pod Campground in Hudson.

As far as RV campgrounds go, this one is fairly low-key and has water and electrical hookups for your RV rental, along with a dump station, propane, hot showers, and a coin-operated laundry. Most visitors choose the campground for its location, which is right in the heart of Hudson – making getting to all the area’s attractions a cinch. There’s also a large truck stop off Interstate 76, near its intersection with Highway 52, which is useful if you need to fuel up your campervan rental or pick up last-minute supplies.

If you’re looking to experience nature when staying at the Pepper Pod Campground, you can’t go wrong with Barr Lake State Park. It’s only a short drive from Hudson and offers some of the best opportunities for wildlife viewing along its extensive trail network. It’s also quite popular with birdwatchers, as blue herons and eagles are relatively common sights at the park. It’s a fairly large park, so consider renting a bicycle in one of the nearby towns if you want to see the whole thing.

The South Platte River is a great place to do some flatwater kayaking too, and the river is only about half an hour's drive away. Boat rentals are available from sporting goods stores in Greeley and Loveland, and there will be several put-in points nearby for convenient trip planning.

While it is a couple of hours' drive away, Rocky Mountain National Park makes an excellent day trip destination when you’re motorhome camping at Pepper Pod Campground. It’s one of America’s most popular parks for a reason; within its borders, you can see magnificent alpine lakes, an abundance of wildlife, and expansive views from the highest elevation road in the national park system. You can go hiking, do a little rock-climbing, paddle a kayak, and soar down a mountain road on a bicycle – all in the same day; Rocky Mountain National Park is nothing if not diverse.

Hudson probably won’t be landing on the list of most-visited towns in Colorado anytime soon. Being only an hour's drive away from Denver, many of its residents work and play in the “Mile High City.” But there are a few places that are worth checking out when you get a rental RV in the South Platte Valley. Most of the restaurants will be found in the town of Brighton, several miles to the southwest of Hudson. Everything from Mexican to Vietnamese to wood-fired pizza is available here, so you’ll never go hungry when you rent an RV near Hudson.

It also wouldn’t be a trip to Colorado if you didn’t sample at least a few of the microbreweries in the region. Colorado almost always falls in the top ranked states for breweries per capita, and while many of those will be in the Denver/Boulder region, there are plenty of them in the South Platte Valley too.

One of the coolest attractions can be found going west of town towards Fort Lupton, at the Platte Valley Airpark. This is where you’ll find the Vintage Aero Flying Museum, which is a collection of a few World War II-era aircraft, along with uniforms and other memorabilia from the time period. It’s a labor of love started by Dr. James J. Parks, and it really shows with the effort that’s been put into the displays.

The Fort Lupton Museum is just around the corner and offers a detailed history of this small town and the South Platte Valley region. The museum complex is centered on Fort Lupton, a reconstructed military barracks designed to replicate Fort Lancaster, which occupied the same space back in the early 19th century. There’s also a cabin, house, and school to explore when you visit the museum, each of which combines to tell the story of Colorado’s early settlers.