Several miles west of South Carolina’s charming city of Charleston, you can make the most of your next vacation when you rent an RV near Oak Plantation Campground and make it your temporary home. The campground's proximity to the historic city of Charleston make exploring the attractions easy, and nearby interstates and highways provide quick access to the surrounding sights. Dazzling nature parks and pristine beaches on the Atlantic Ocean make Oak Plantation Campground a fabulous place to do some Charleston camping.Southern hospitality is in full bloom when you bring your RV rental to this inviting Johns Island campground, replete with spacious, grassy, private, and comfortable campsites. No matter the camping style, from tent camping to group camping, Oak Plantation Campground has guests covered. There are all sorts of RV sites too, and each site comes with satellite TV and wireless internet capabilities.Whether you spend your free time fishing in the small lake on-site or taking a dip in the refreshing swimming pool, you can relax while staying at this RV campground outside of Charleston. Stellar scenery, playgrounds for children, dog walking areas, modern bathroom/shower facilities, a laundry room, a disc golf course, and a whole lot more await you set up camp at Oak Plantation Campground.

When you rent an RV near Oak Plantation Campground, you'll be near lots of parks and recreation areas. At Givhans Ferry State Park, you can see some fabulous wildlife, catch a glimpse of the stunning Edisto River from atop the copper marl limestone bluffs beside it, and search for neat fossils and other treasure in the ancient ocean deposits on-site. Picnicking, fishing, hiking, biking, swimming, and camping are part of the fun when you arrive to play, with a park store, playground, and volleyball courts to make use of during your visit too.Another park worth checking out when you book an RV in Charleston County is Poinsett State Park. This magnificent ecosystem has snakes, lynx, alligators, and other local species of wildlife that call it home. Much like Givhans Ferry State Park, you can hike around and find some ancient remnants of another era embedded in the ground, providing more evidence that the area was once under the sea.Francis Marion National Forest is located on the other side of Charleston to the north of the historic city, covering an impressive swath of land by the coast. Named for Francis Marion, a guerilla warfare general during the Revolutionary War, this incredible forest is full of subtropical, coniferous forest and a mix of swampland, wetlands, and prairies. It perfectly exemplifies the nature of coastal South Carolina.If you want to see the state’s lone national park, head off toward the state capital, Columbia, to experience Congaree National Park. Ancient old-growth forests, scenic walkways and boardwalks, and thousands of miles of streams and waterways make this a unique place to explore on your own. Whether on foot or in a kayak or canoe, Congaree National Park has tons of neat scenery and wildlife to see or photograph.

It will come as no surprise that the best place to get some sightseeing in when you rent an RV near Oak Plantation Campground is Charleston. Only a few minutes’ drive east, this charming, historical city dates back centuries with a long legacy, as well as an impressive roster of historical sites. Chief among these sites is Fort Sumter National Monument, found on an island in the harbor. A short ferry ride is all it takes to get to this fantastic attraction, where the opening battle of the Civil War was waged. Learn about the Confederate sneak attack that caught the Union off guard, munitions and weapons that were stolen, and the implications of this battle. Learn from the park rangers while you tour this old fort, and see real cannons and artifacts from the battle.South Carolina Aquarium is a family-friendly place with a menagerie of undersea creatures on display. There are even a few land animals at this epic institution, like alligators, turtles, and bald eagles, among other things. See alien-like jellyfish or take part in monthly events like the after-hours celebration when the aquarium is turned into an upscale nightclub atmosphere to raise money.When you camp at Oak Plantation Campground in Johns Island, you can take a walk down the old cobblestone roads of Charleston, like the old Battery, where lots of monuments, cannons, and other historical plaques can be found. Old colonial homes, antiquated churches, shopping plazas, farmers markets, and a whole lot more can be seen throughout the city. The Charleston Museum is one of the oldest museums in the entire nation, telling the story of the seaside city with engaging exhibits and magnificent artifacts; you could easily spend a day here when renting an RV in the area. 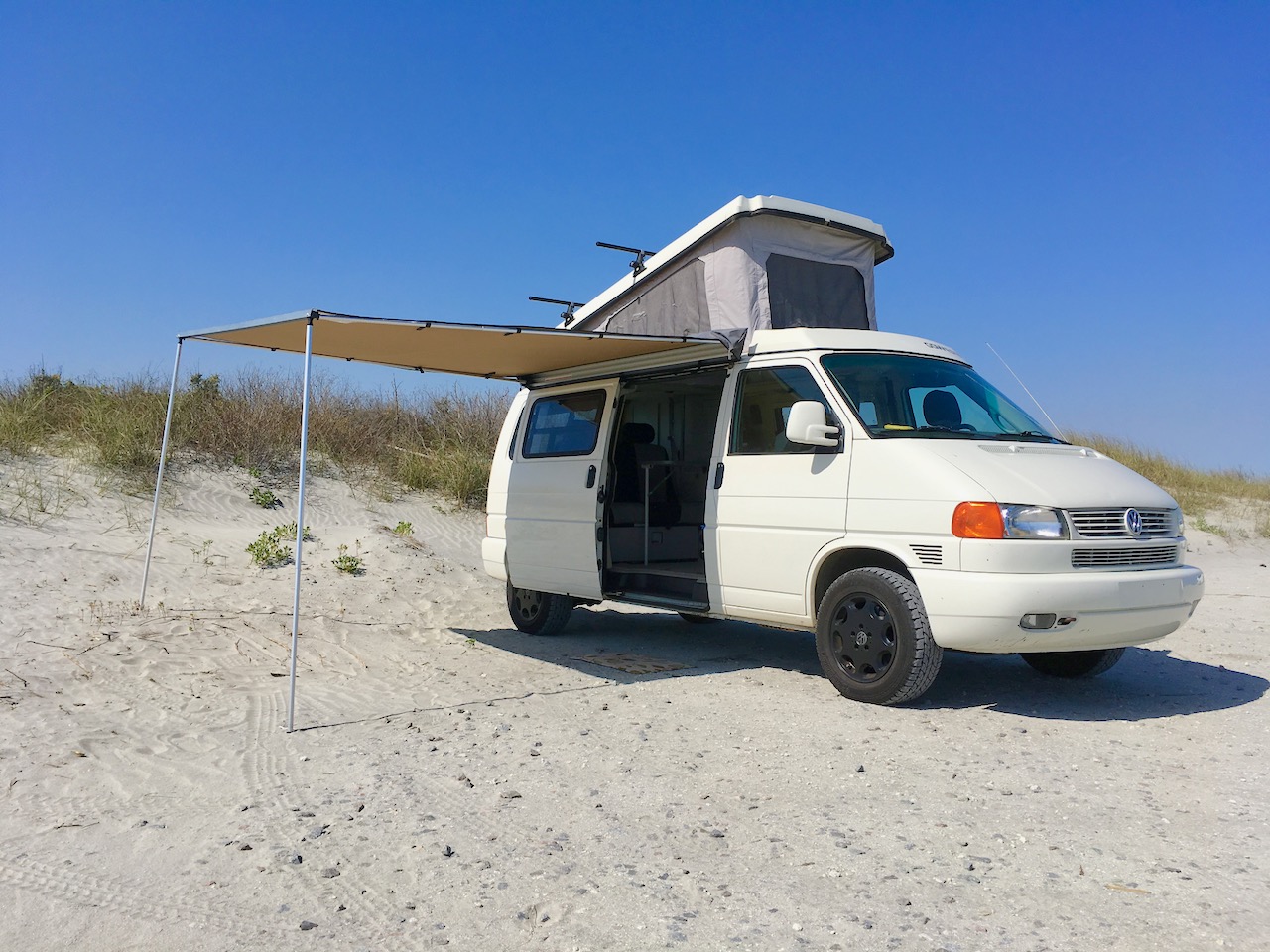 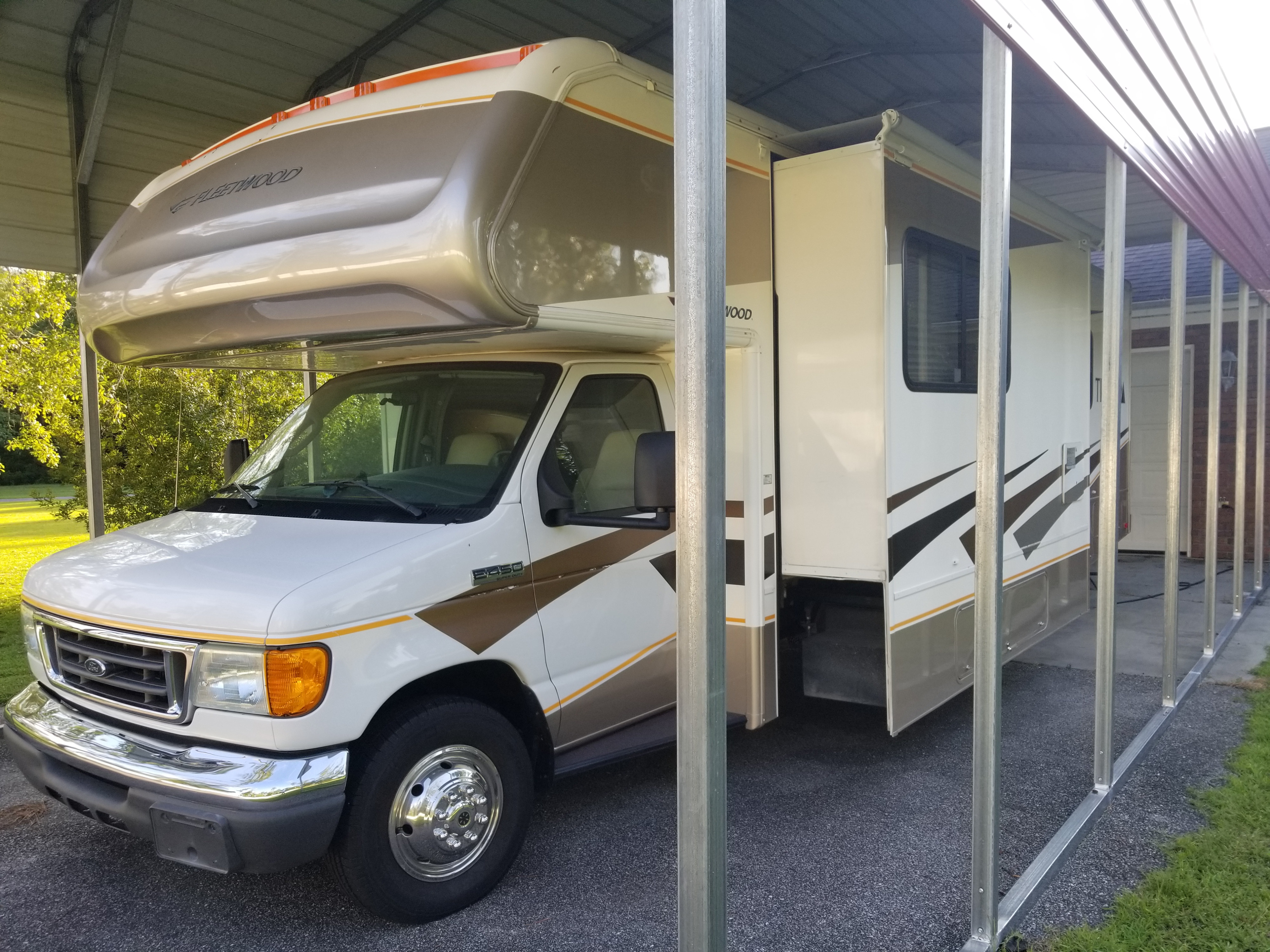 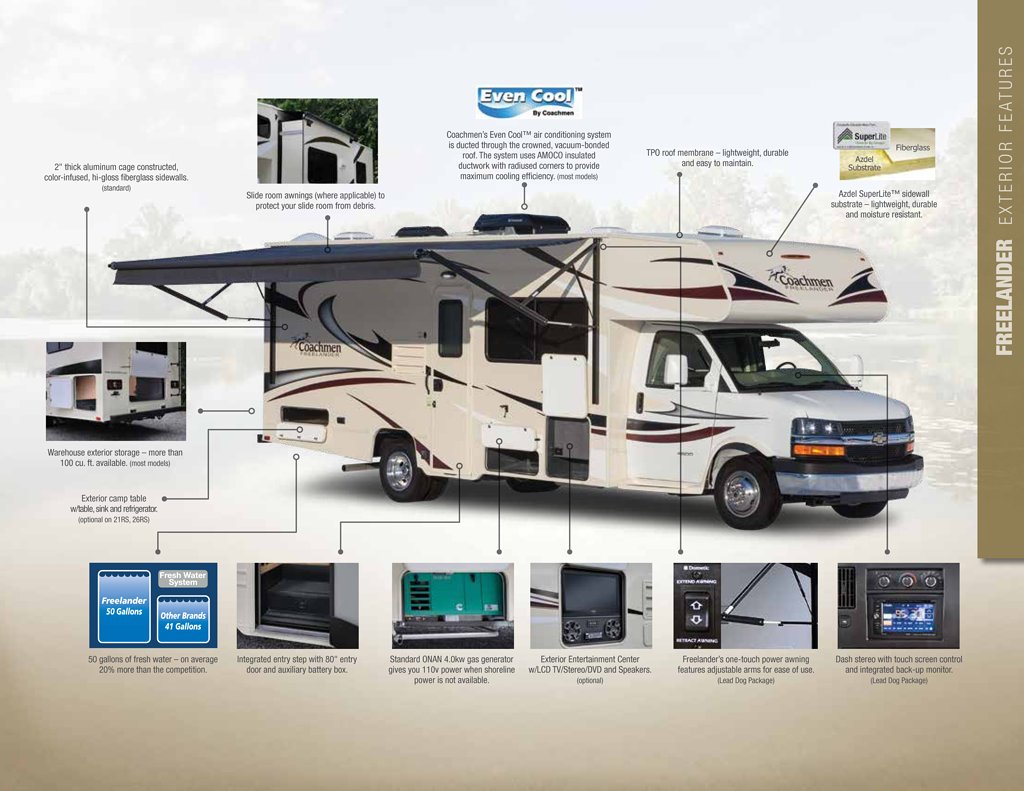 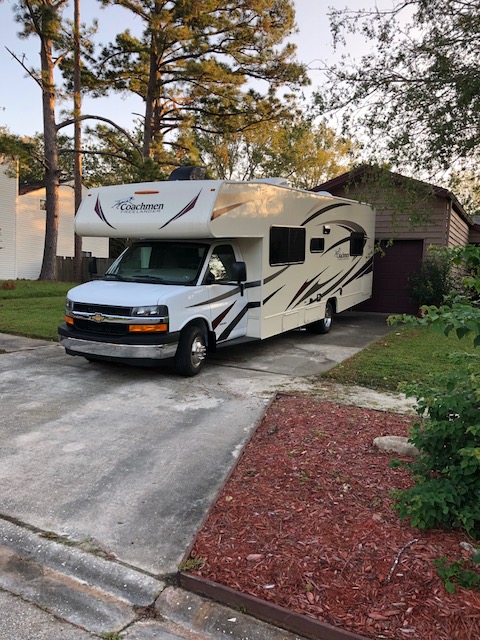 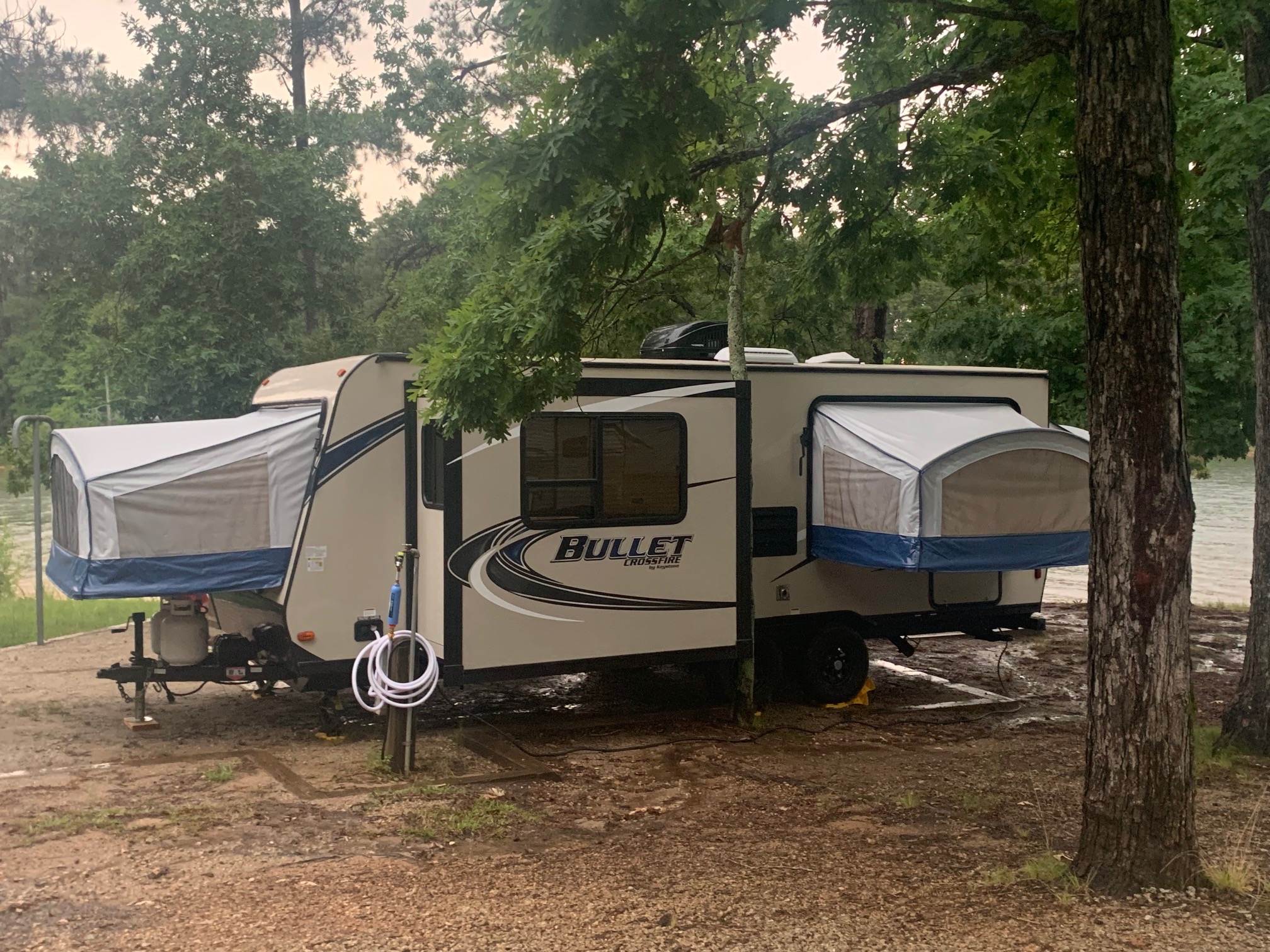 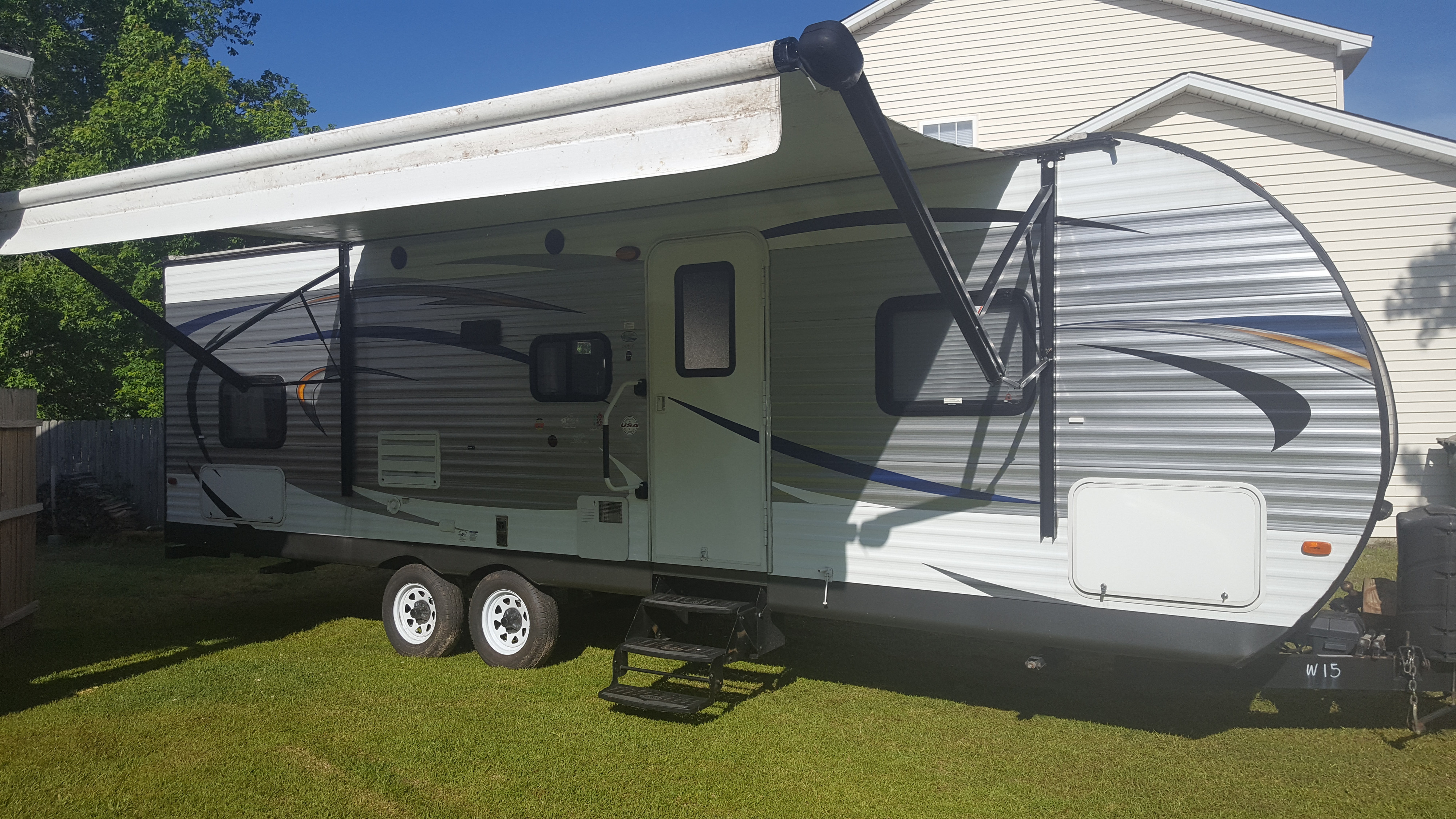 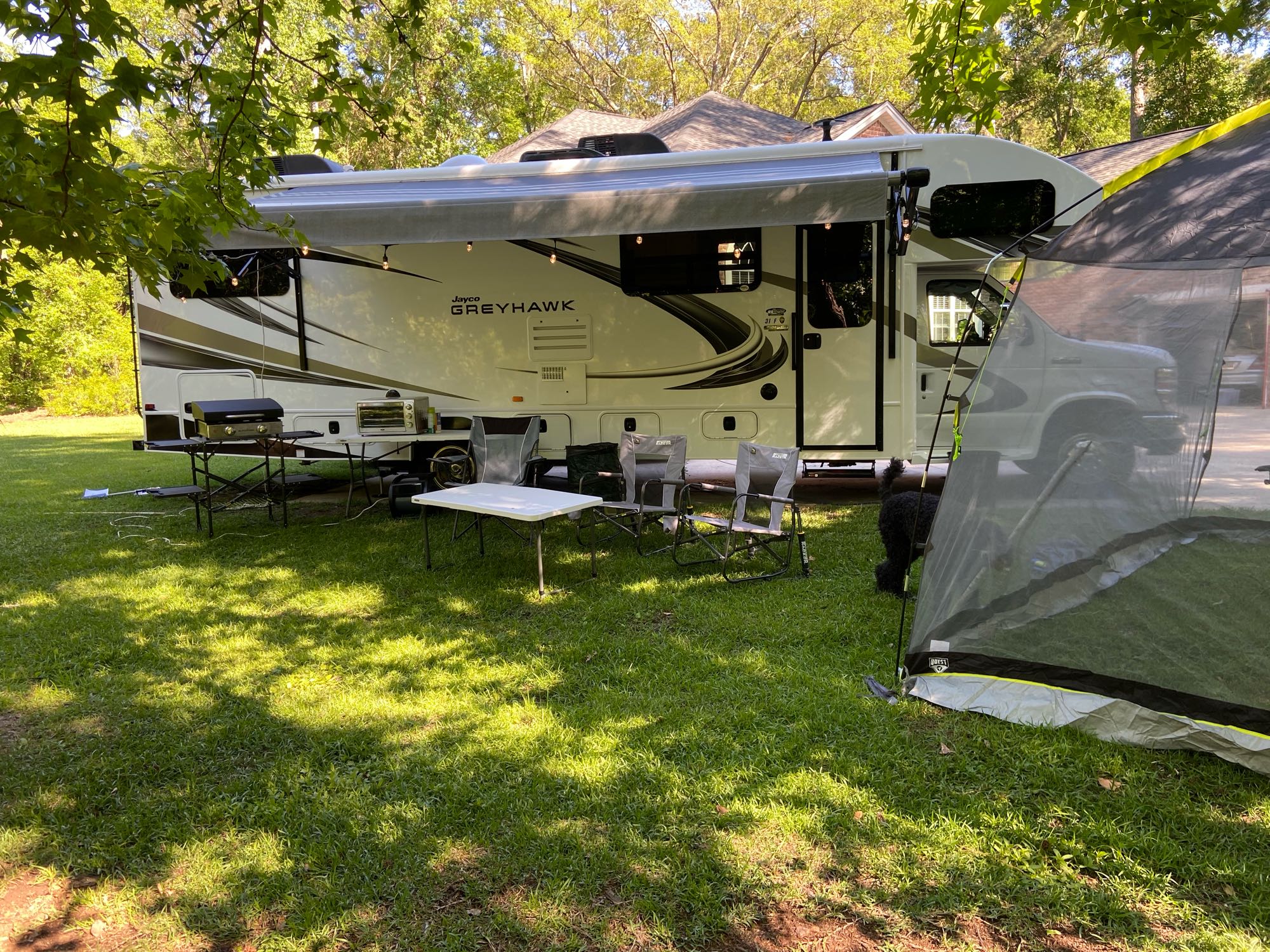 CASTAWAY CAMPER - READY for YOU and YOURS ! (DELIVERY & PICKUP ONLY) 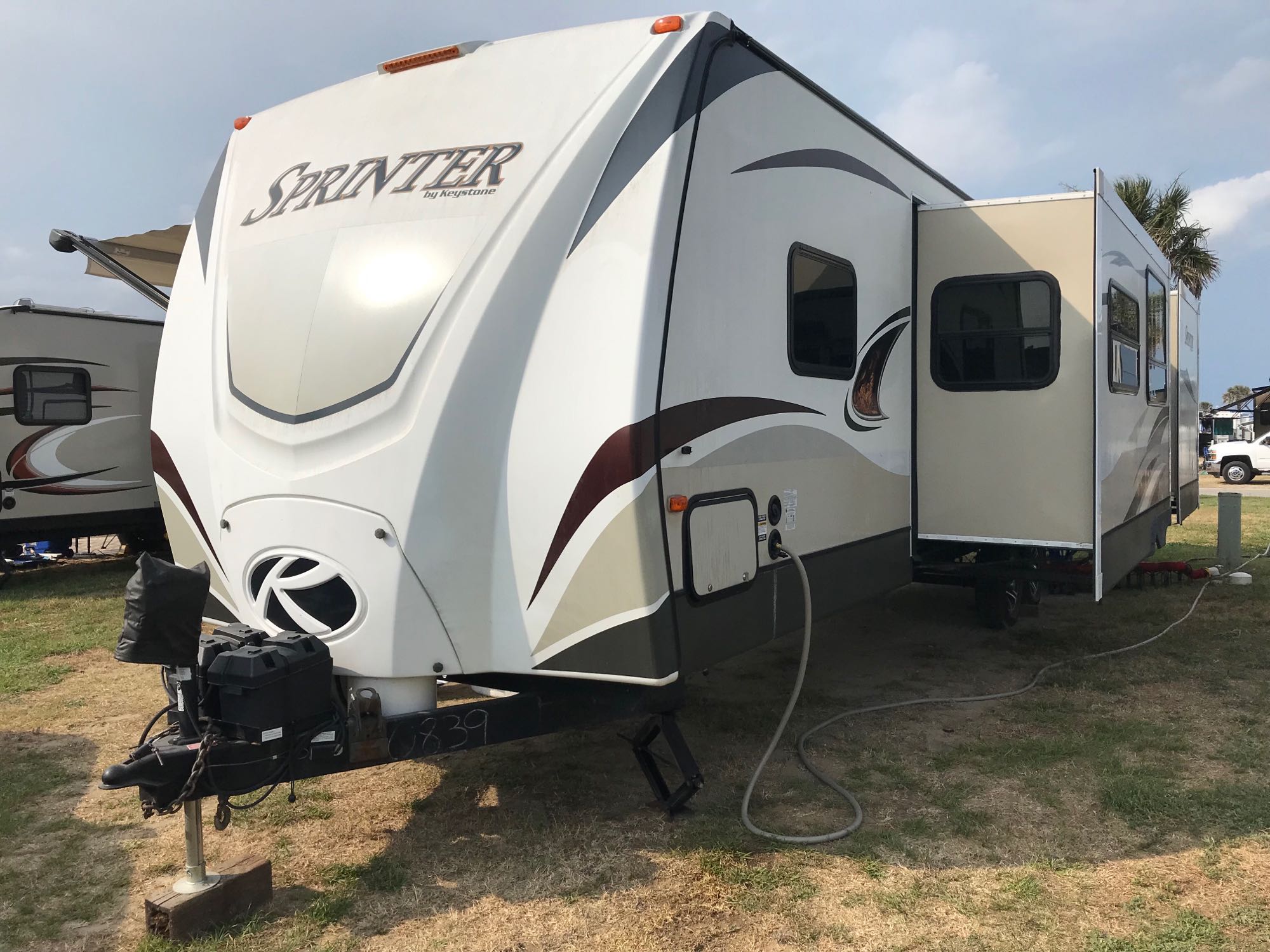 Tuck In the Wood Campground, SC