Dallas, TX is the third-largest city in Texas. Located in northern Texas, it is rich in diversity with a broad range of family-friendly attractions. There are two major historical sites here: the Sixth Floor Museum at Dealey Plaza and the George W. Bush Presidential Library. The Sixth Floor Museum is the old School Book Depository where Lee Harvey Oswald fired the shots the killed President Kennedy on November 22, 1963. The museum is on the sixth floor of the building and includes excellent displays covering the history of the Kennedy presidency, the events on the day of the assassination, the subsequent investigations, and Kennedy's legacy. The area where the shots were fired from is preserved and you can see the view of the street essentially as Oswald did. You can also walk outside and walk through the plaza. You can even stand on the “grassy knoll”. Being there gives you a completely different perspective on the events of the day and the controversy surrounding whether Oswald, as a lone shooter, could have pulled it off. This is a very popular tour. They let groups of people into the museum in half-hour increments, so it's best to buy your tickets online for a specific date and time in advance. If you don't you may wait a long time, or not get in at all.

The George W. Bush Presidential Library covers the life and presidency of our 43rd president. The terror attacks on September 11, 2001, occurred early in his first term. This history-changing event, and the response to it, dominated the remainder of his presidency and that is reflected here with a permanent 9/11 exhibit. This is a powerful exhibit and a must-visit for people interested in modern history.

There are also several great museums and animal attractions in the city. The Dallas World Aquarium is an outstanding attraction. It is set up like a rain forest where you walk a path through the exhibits starting in the canopy and working your way down to the underwater areas. There is a lot more here to see then just fish. It is a very popular place, so get there early. The narrow pathways get crowded quickly and lines to get in can get quite long. Not far from the Aquarium is the Perot Museum of Nature and Science complex. Here you will find a broad range of exhibits and films covering all sorts of topics in nature and science.

If you are a fan of reality TV then a trip to the Gas Monkey empire may be in order. The Fast-N-Loud TV series is filmed here and you can visit the Gas Monkey Garage and Gas Monkey Bar and Grill featured in the show. You can pick merch at the garage and may be able to meet some of the guys from the show. The Bar and Grill also sells some merch in addition to some great food.

The trip to New Orleans is very easy. This part of the county is rolling hills to flat and most of the trip is over interstates. Out of Dallas, you will take RT-80 east to RT-557. RT-577 connects to I-20. In Shreveport, LA, take RT-3132 around the southwestern part of the city to I-45 south to Opelousas, LA. There you'll switch to RT-190 which will take you to Baton Rouge. There you'll hop to I-10 east that will take you to New Orleans.

The Farr Park RV Campground can also be a great base camp for a visit to Oak Alley Plantation. The LSU Rural Life Museum illustrated what life was like for the average settler in the region. Oak Alley shows how the upper class lived in the 1700s and 1800s.

This extensive property was, at the time, an active sugar plantation which was known as “white gold” for the wealth it generated for the owners of plantations like this. There several buildings remaining on the property including “The Big House”, a blacksmith shop, sugar cane exhibits, slave quarters, and other exhibits. The grounds have the quintessential southern plantation beauty with an alley of Southern Live Oaks that majestically frame the front facade of the main home.

Much of the grounds are self toured. Tours of the big house are guided only.

Orlandeaux’s Café in Shreveport provided a taste of the region's cajun culture. To see how people have historically lived in the region, then visit the LSU Rural Life Museum. This 'museum' is actually a series of buildings featuring Louisiana folk architecture including a church and numerous cabins and houses spread out in a park-like setting. The idea behind the museum is to provide a glimpse into what life was like for early settlers in Louisiana. The staff here is even dressed in period clothing and they provide excellent information to visitors.

Farr Park RV Campground is a county park south of Baton Rouge that makes a great place to stay the night. They have 108 campsites with water and 50 amp electrical service, most of which are pull through. There are are also bathroom facilities available. This is part of a larger equestrian center that offers guided trail rides in the area. If you prefer two-wheeled over four-legged steeds there is also access to a bike path that can take you to the LSU campus a couple of miles away.

The culture of Louisiana is heavily cajun and creole and much of that culture is expressed in their unique foods. There is no better place to sit down and sample this then at Orlandeaux’s Café in Shreveport, LA. Opened in 1921, this is the oldest, continuously operating, African American family-owned restaurant in the United States.

Here you'll find outstanding service and authentic creole food in a cozy, down-home atmosphere. If you have kids or family members that are less culinarily adventurous they do have several excellent standard options like burgers and fried chicken.
The best RV campground in the area is Shreveport/Bossier City KOA. It is located off I-20 making it a convenient stop on the route to New Orleans.

Ok, I know what you're thinking. “A gas station as a point of interest, really?” Yes, really. There is an age-old saying that “everything is bigger in Texas” and nothing drives that thought home like a visit to Buc-ee's. After all, you're going to need gas on this trip, so why not stop at one of the world's largest gas stations, which also happens to have extremely easy in and out for large vehicles like RVs, great prices, spotless bathrooms they are proud to brag about, and just about anything else you could possibly need?

There are literally dozens of pumps so you probably won't have to wait to fuel up and there is a massive store on-site to shop in. Need a new grill? It's probably here. There is a sandwich bar where they make sandwiches to order and a jerky bar with dozens of flavors of beef jerky. There are basic groceries, hats, t-shirts, and a whole lot more. This is truly a Texas institution and well worth a stop. 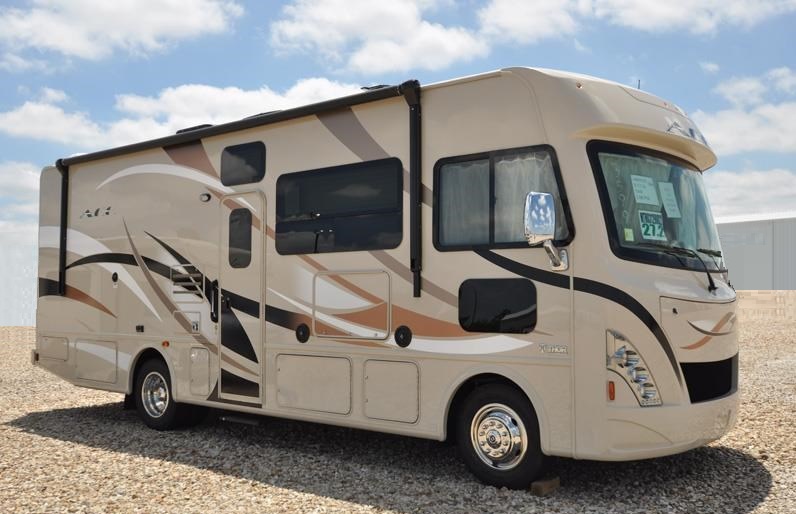 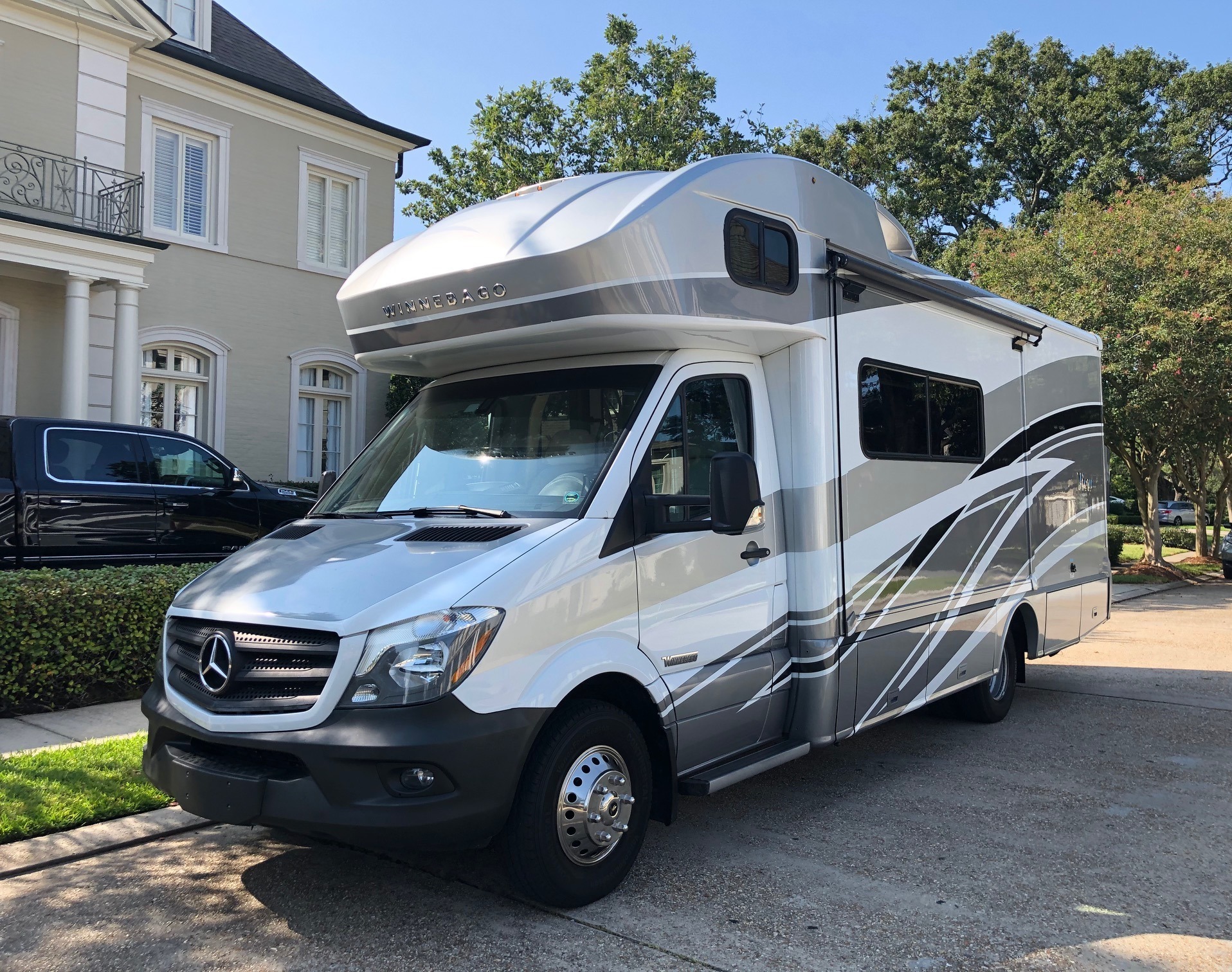 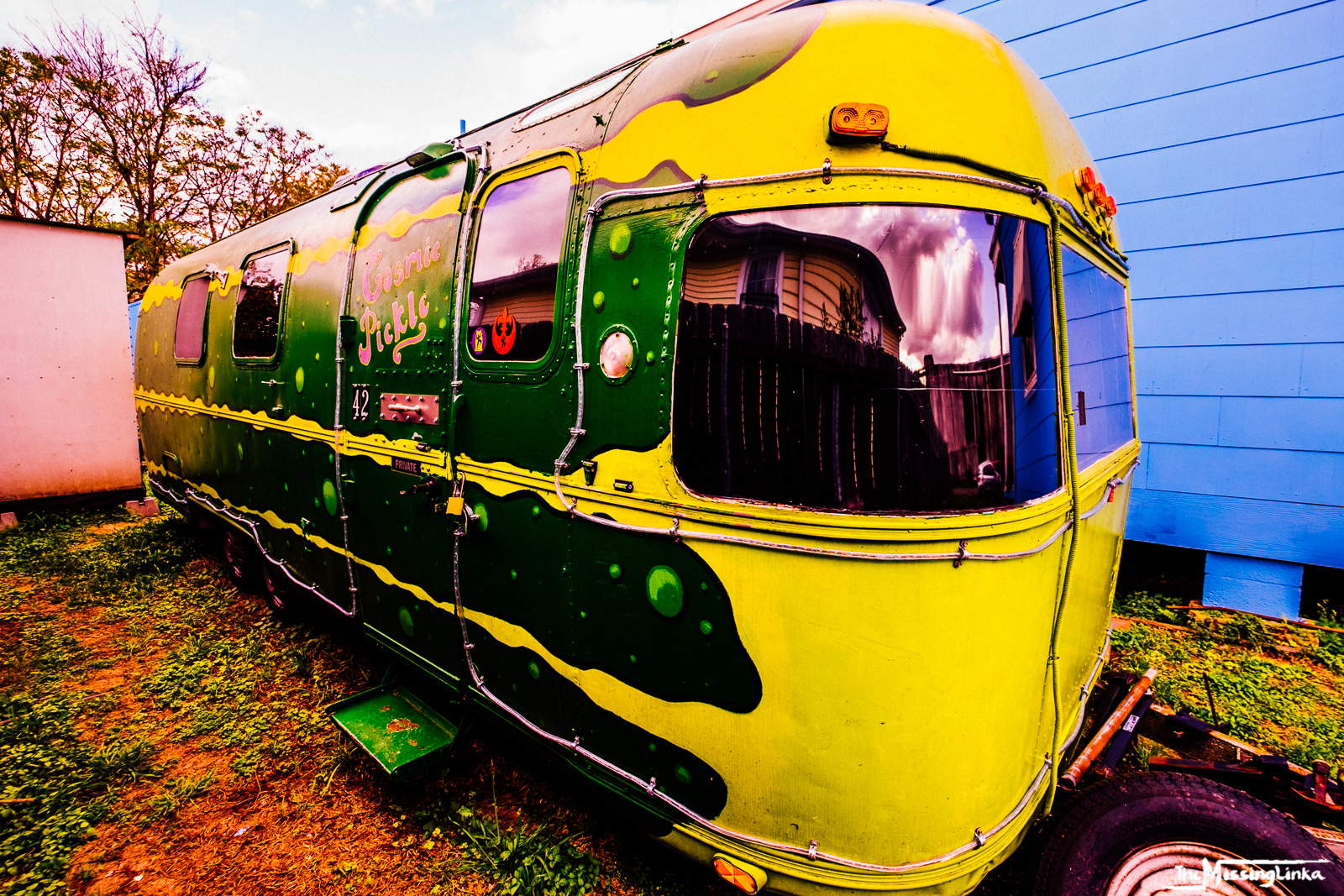 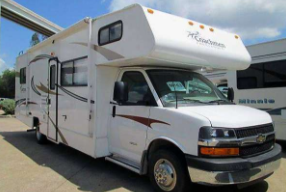 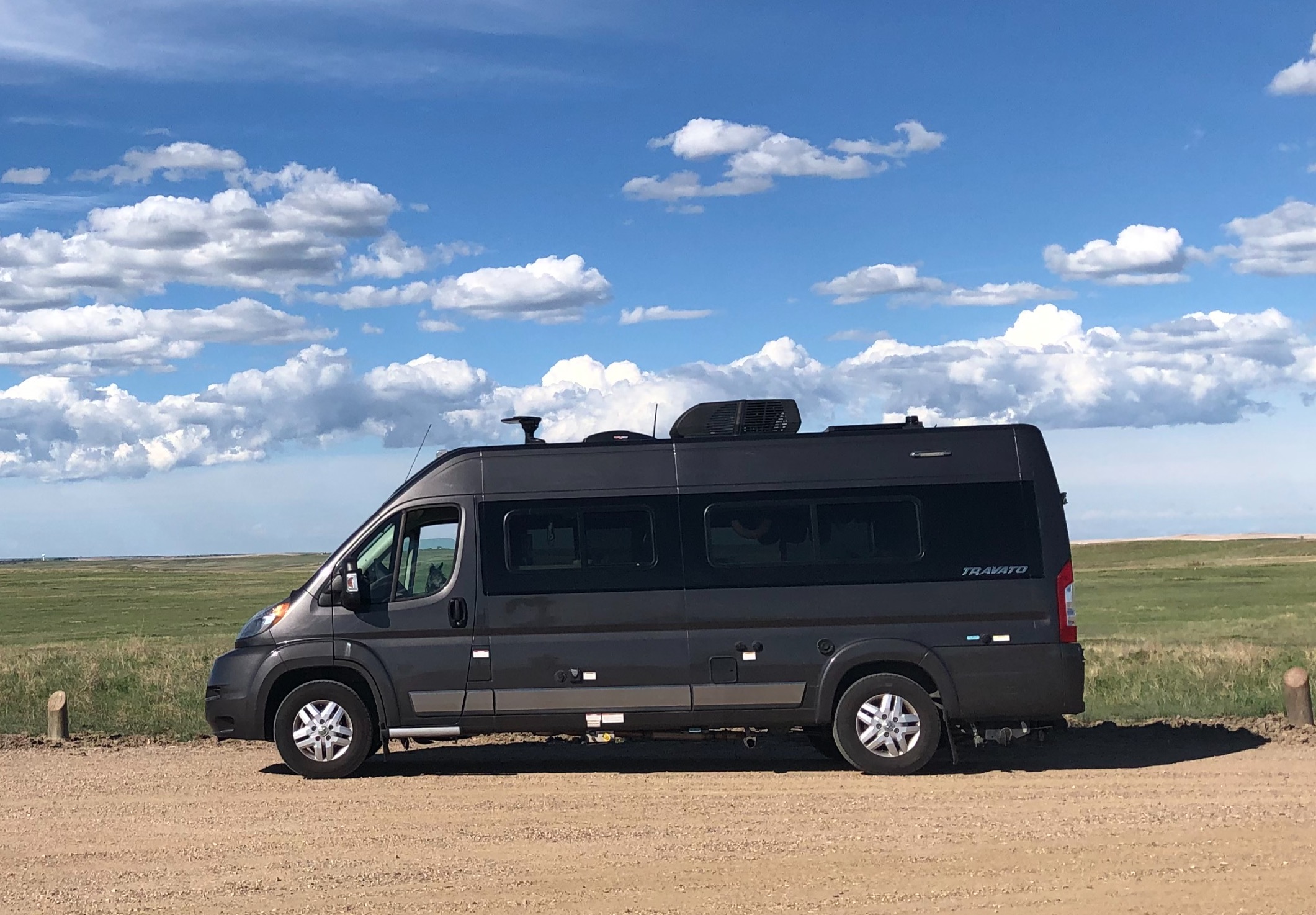 New Orleans is a unique place and a true southern treasure. Located below sea level and protected by a series of levies, this large metropolitan area feels very compact and movement around the city involves traveling over a lot of bridges and/or the use of ferries. The weather here is warm nearly year-round so there is no real bad time to visit, although many of the events during the latter part of Mardi Gras are not kid-friendly. If you have kids with you during that time, just avoid the downtown events after 5PM and you should be OK.

The city is known for its history, culture, and food. When visiting with kids, the best downtown activities will be located in the French Quarter between Canal Street and the French Market. Here you'll find the Audubon Aquarium of the Americas, the Audubon Insectarium, The French Market, and Jackson Square. The aquarium and insectarium are excellent and you can purchase discounted tickets covering both facilities at the aquarium. Note that the insectarium is located in a federal building and you have to go through security to enter, so make sure you don't bring anything with you that would be prohibited.

Food is a big part of the New Orleans Experience. There are a number of great restaurants in the city, but many are not necessarily family-friendly. If you want great food at family-friendly places that cover the essence of New Orleans try Seither's Seafood, Deanie's Seafood Restaurant in the French Quarter, and R & O Restaurant in Metairie. Seither's is a tiny place in an industrial area on the city's west side. They have a raw bar and sit down restaurant that serves amazing shrimp po'boys and plates of crawfish. Deanie's in the French Quarter is the most upscale of the three and is known for their killer traditional cajun BBQ shrimp - a dish that was featured on the Man Vs. Food TV series. Finally, R & O's is a great place for po'boys. It is kind of out of the way, but their roast beef po'boy is amazing and would be worth the drive even if you were coming from Anchorage.

The best place to stay is Bayou Segnette State Park. It is located on the south side of the city and provides an affordable and surprisingly quiet and safe place to stay. From the park, the best way into the city is to drive to the Algiers Ferry Terminal, park in the guarded lot just northeast of the terminal and take the ferry over. The ferry is cheap, quick (a 10-minute trip) and drops you off at the Canal Street terminal right next to the aquarium and a block or two from the insectarium.