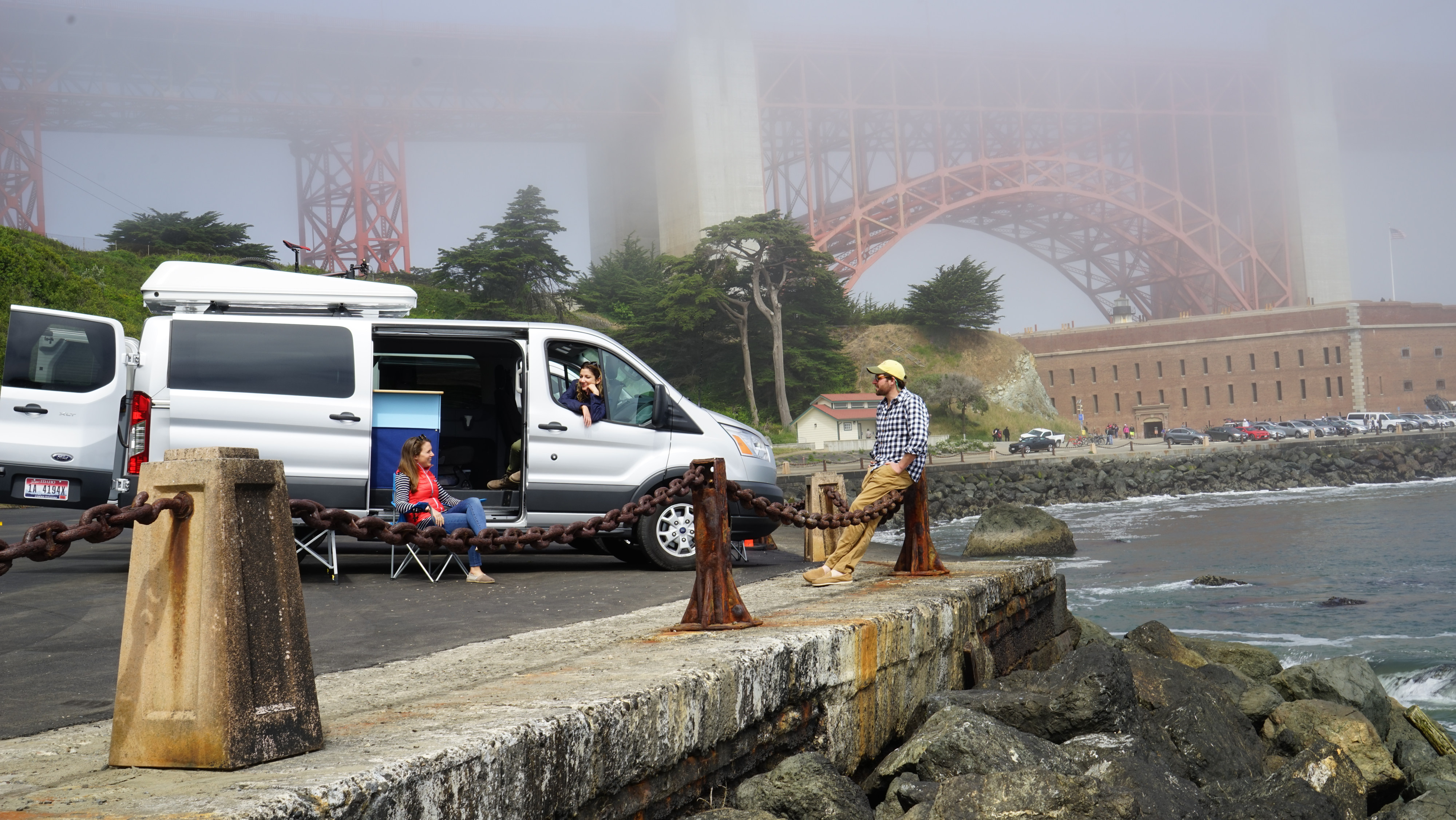 We are a locally grown campervan rental company based in San Francisco Bay Area with a secondary location in Los Angeles, California. If your dates of travel are unavailable, also reach out to us because we sometimes have vans available that are not listed. We include all bedding, cookware, privacy curtains, and more for free with your rental!

Memories made on trips with Nate's RVs

Nate was super helpful and flexible, as we had to make some last minute changes

We had a fantastic experience with the van. Chris gave us a helpful van orientation to help us get a handle on everything. We enjoyed Yosemite and San Francisco using the van!

great experience - contactless checkin/out worked well for us. communicative on questions too. it was good to have a heads up via text messages early in the reservation that we would need to clean the van before returning (the email we received the day before van return detailing this would have otherwise been a wee bit surprising!). will rent again for sure.

Our experience with Trekker Vans LA was great. Chris gave us big support with everything. The van was totally comfortable and everything worked great. The roof tent is amazing. We had an awesome four weeks trip and will rent again with Trekker Van it's totally reliable.

Wonderful van and wonderful company. For our month long trek through the southwest, this was just what we needed. Nate was very helpful and great to work with! Our college aged son was even able to attend his summer course from the table in the van while we were on the road. This van was well designed and in great condition.

Trekker Vans was great. Made me want to get a van for myself. Nate did a great orientation of the van and was nice.

Modern, clean vans that drive well. As a renter, I also appreciated the thorough cleaning protocols implemented for COVID-19 before I had even received the keys :)

Nate was really great to work with, and the van was great! It had everything we needed, including camping chairs, camping table, small propane stove, pots/pans, v60 coffee maker, and utensils. The van table was easy to convert into a (spacious) bed each evening, and there was a lot of room for our gear (even without a roof rack!). There were two of us on the trip, and the van was very comfortable and roomy, plus easy to drive. I'd definitely rent from Trekker again.

Our trip was awesome and Nate was really helpful and flexible. Looking forward to our next trip in June of next year. The van was awesome and exactly what we needed for this trip.

Van was clean and well equipped for camping. Nate was very responsive and easy to work with. Thanks for a great trip.

Thanks for the flexibility throughout the planning of our trip, what a long strange trip it's been.

The millage was a bummer, I had no idea. I know it's my responsibility to catch that but a note in the booking process letting me know you'd changed your policy since last year would have been a nice gesture. I did a ton and I mean a ton of research trying to figure out the best way to do this trip and which city to pick up a van. One of the factors with going with you was the cost. We drove more verses picking up in let's say SLC but the overall cost helped justify the additional driving. Your vans are basic compared to some of the other vans I researched but the cost was also in line with that basic approach. I'm not saying the millage charge is a deal breaker but it is going to be a factor and something I'll have to consider for next years adventure.

Mike had a good point with the lack of ventilation. Last year it wasn't an issue for us but this year it was. We had two night that we laid there in our underwear just hot as hell trying to figure out if we wanted to open up the van and allow the bugs in or just be unconformable all night. On the third night I ran the AC for a few hours until things cooled off. Some kind of fan in the roof and screen system for the windows so you can allow for some air flow would be nice. When it's warm outside and the doors and windows are closed it's a tin can and it did get pretty uncomfortable.

I believe in letting business know what they're ding right and what they can do better. We need small business and I want them all to grow and flourish so please don't take the feedback personally, I want you to be even more successful than you already are.

I'm thinking of a possible fall trip with just Anna and I and if that happens hopefully you'll be hearing from me again this year.