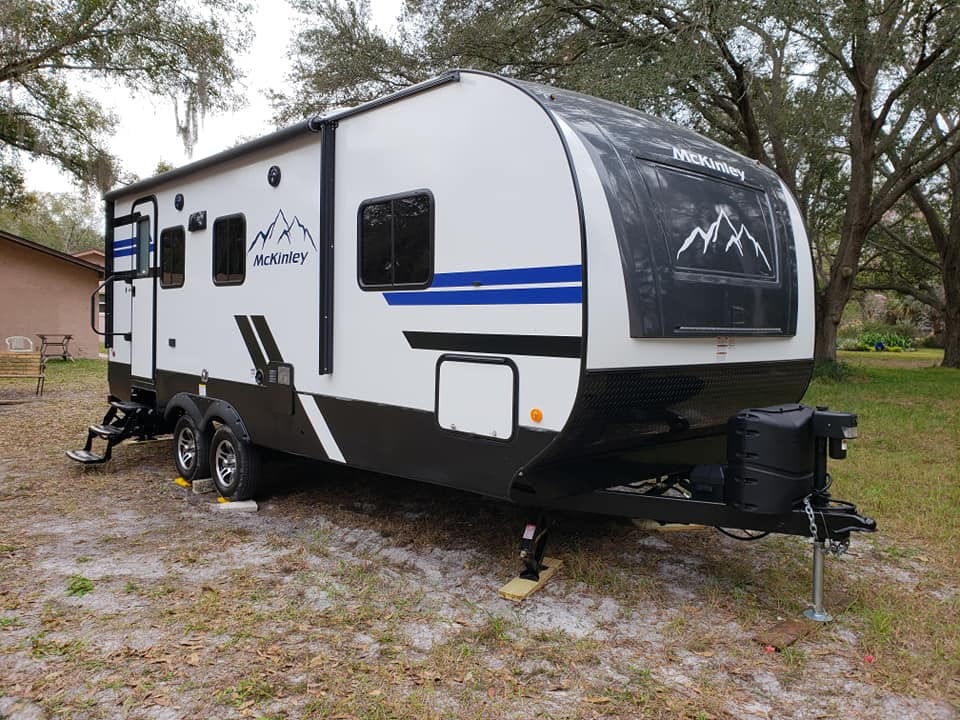 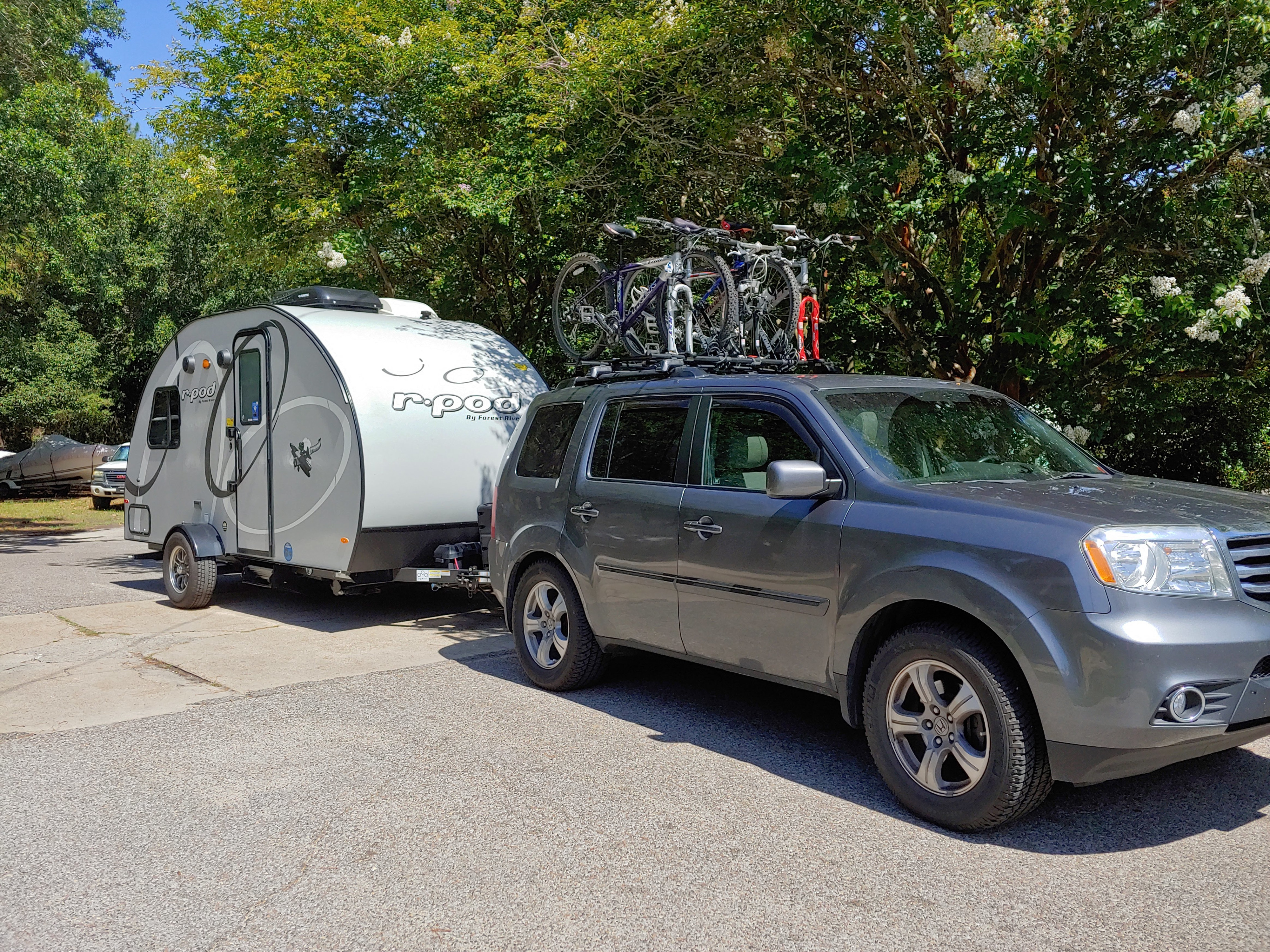 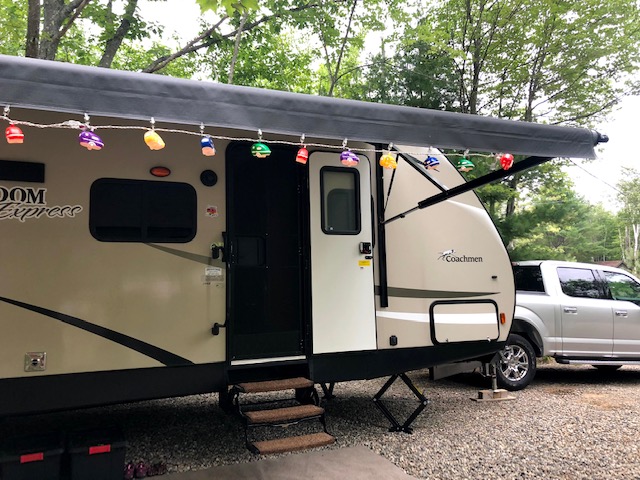 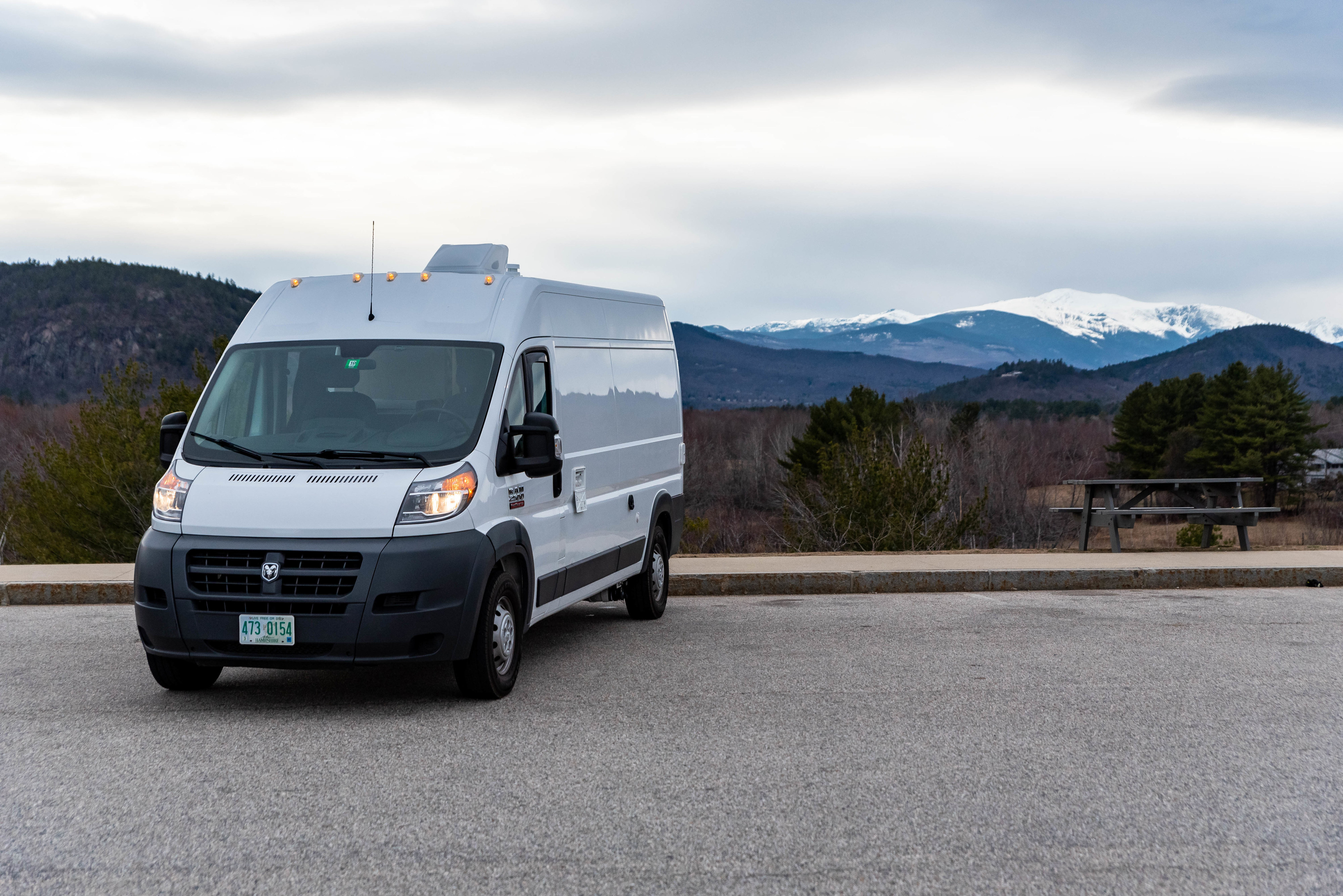 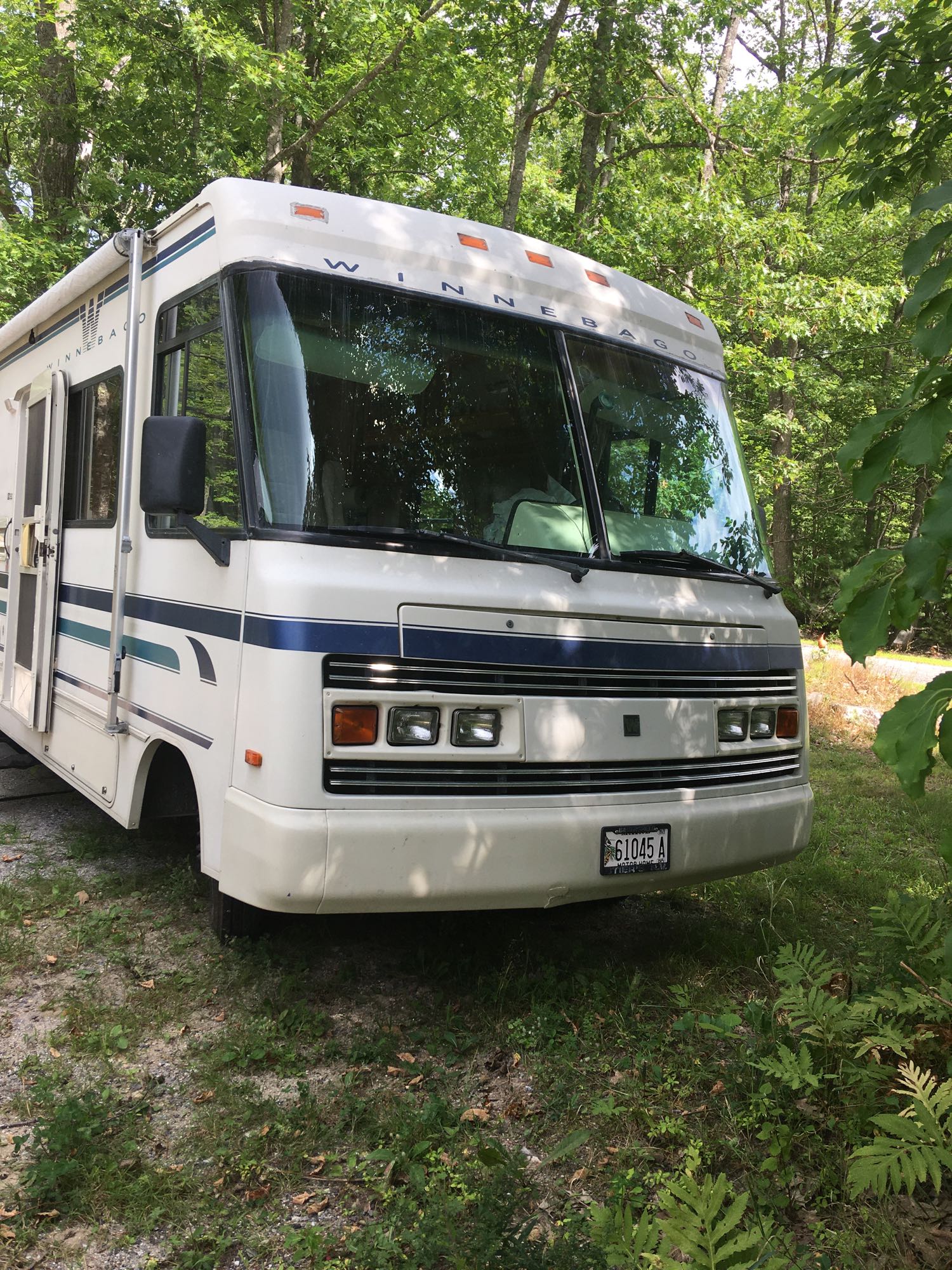 Pop Up near Jericho State Park 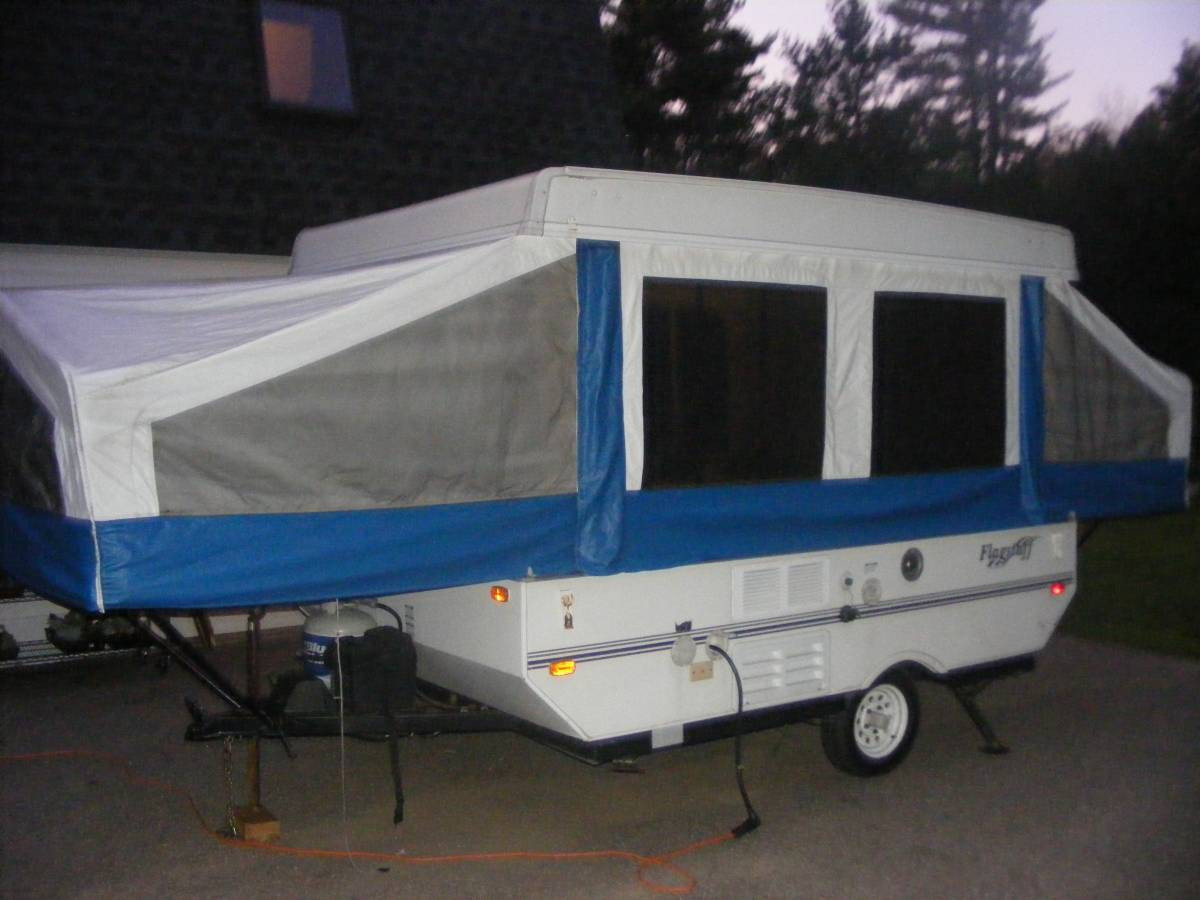 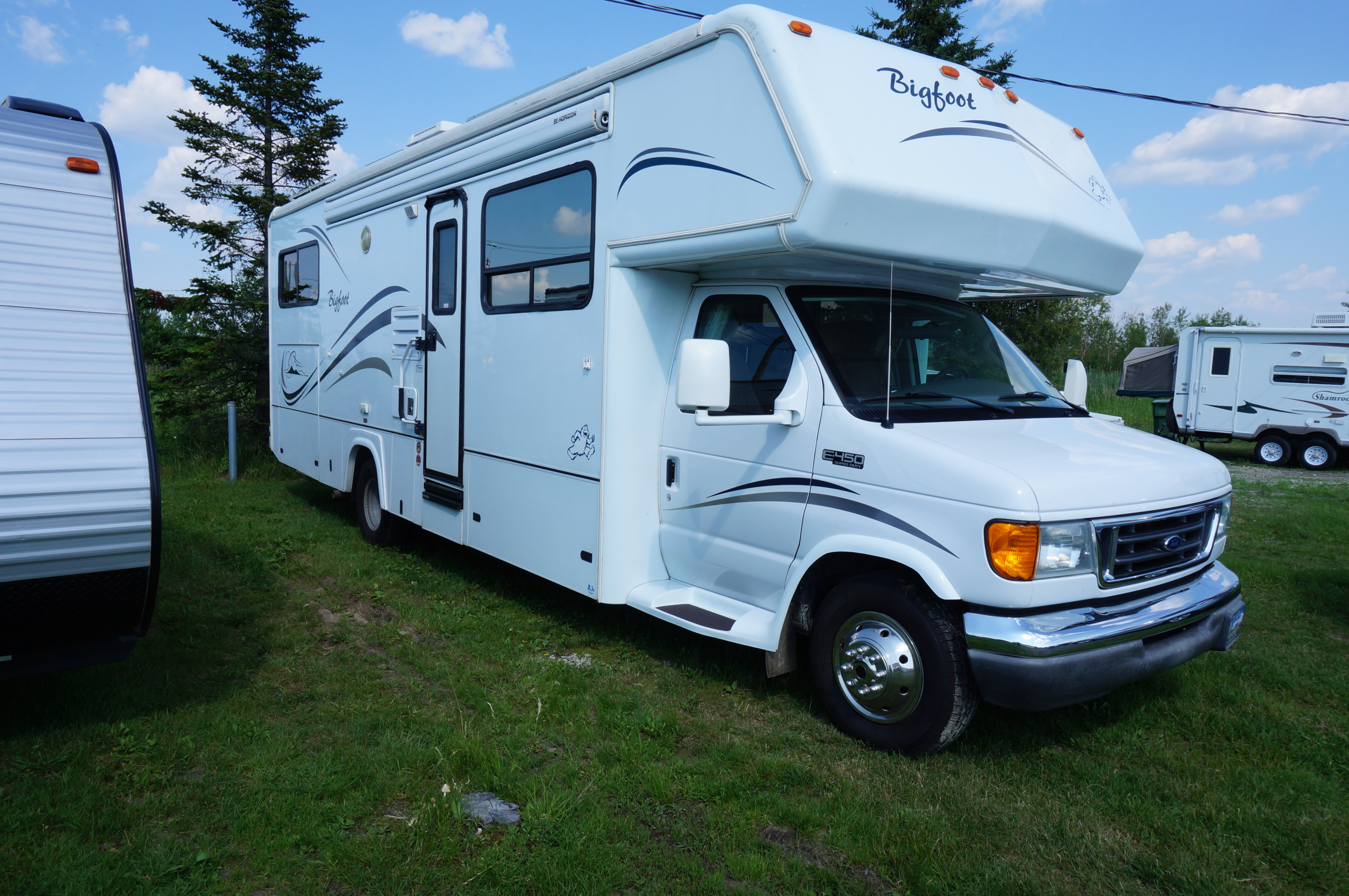 Sitting above the famed White Mountains, New Hampshire’s Great North Woods region is one of the state’s least visited areas. It’s the state’s least densely populated section, and urban amenities can be few and far between, with small town Berlin being the cultural and economic center of the region. Larger cities like Concord and Montpelier, VT, are within two hours' drive for those seeking some big-city sights. However, for those wanting a quiet and uncrowded experience when staying at a New Hampshire campground, Timberland Campground might be one of the best options.

Timberland Campground near Shelburne is one of the most well-developed RV campgrounds in northern New Hampshire and one of the best places to stay when you book an RV in Coos County. All of their RV sites have full hookups, with 30 or 50 amp electrical capacity, and they also offer cable TV and Wi-Fi. There’s also a dump station, coin-operated showers, and a washroom for cleaning dishes after having a cookout in your rental RV.

If you need a place to cool off in the summer heat, there’s also a large outdoor swimming pool. If you’re bringing the little ones along on your motorhome camping adventures, Timberland Campground has a huge pirate ship-themed playground with swings and slides for them to play around on.

Given that the White Mountains are just south of Shelburne, you won't want to miss out on the superb hiking that they offer when camping at Timberland Campground. While summiting Mount Washington might seem like the most obvious choice for an intrepid hiker, the trails can get rather crowded during the summer season, so you might be better off trying something like Mount Adams, which is only a bit shorter and still has some amazing views from the top.

For something a bit closer to Shelburne, but only a trifle easier, try the Imp Trail Loop just south of Gorham. The six-mile-long path makes its way through dense woods and climbs over 2,000 feet to reach the summit. The route is well marked, and unlike many of the other hikes in northern New Hampshire, there are no other trails intersecting with the Imp loop, so there’s little chance of getting lost.

ATV rentals are also quite popular in the Great North Woods, and you’ll find a number of excellent trails to ride them on when you rent a camper near Timberland Campground. You can pick up a rental in Berlin or Gorham and then there are some dedicated ATV parks only a short distance away.

Timberland Campground is also conveniently located on Highway 2, which runs parallel to the Androscoggin River and connects Shelburne with the communities of Gorham, New Hampshire and Gilead in western Maine. The Androscoggin is incredibly popular with anglers, so you’re likely to see a fair number of fishing boats being towed along Highway 2 and some tales of “the big one” being swapped in area bars.

Due to its small population and remote location, you won’t find many local attractions when you camp in an RV near Shelburne. Fortunately, you won’t be far from the much larger communities of Berlin and Gorham, which have considerably more attractions to speak of; one of the nearest gas stations to Shelburne is also located in Gorham.

Berlin is home to St. Anne’s Church, a century-old Catholic church with ornate fixtures inside and out. It was built by French-Canadian immigrants who wanted to add a touch of European beauty to the industrial look of this northern mill town. It’s right in the center of town and well worth a visit when you’re camping with an RV in the area.

Just a little way down the road is Gorham, the gateway to the Mount Washington recreation region. If you have a small RV rental or a separate vehicle, you should definitely make the trip up the Mount Washington Auto Road. It’s incredibly steep, with an average grade of 12%, so it’s not a good option for larger vehicles or for those with questionable brakes. You can also hitch a ride with one of the mountain’s guided tours; with their eyes on the road, you’ll have more time for taking photos of the mountain's spectacular views.

Train enthusiasts will also enjoy a trip to the Gorham Historical Society and Railroad Museum. The main exhibit is a model railroad located inside an actual boxcar, but there’s also a locomotive that’s been converted into a picture gallery and movie theater. The attached historical society museum tells the story of how the railroad shaped the Great North Woods region and connected coastal cities like Boston and Portland to the resources of northern New Hampshire and Montreal in Canada.