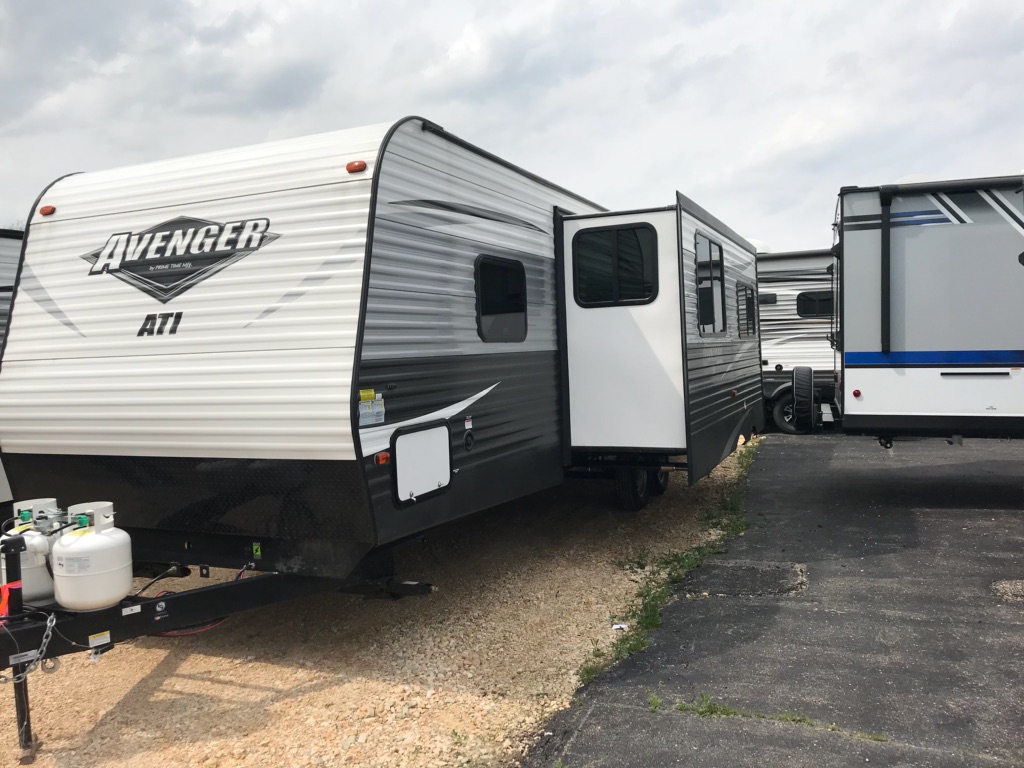 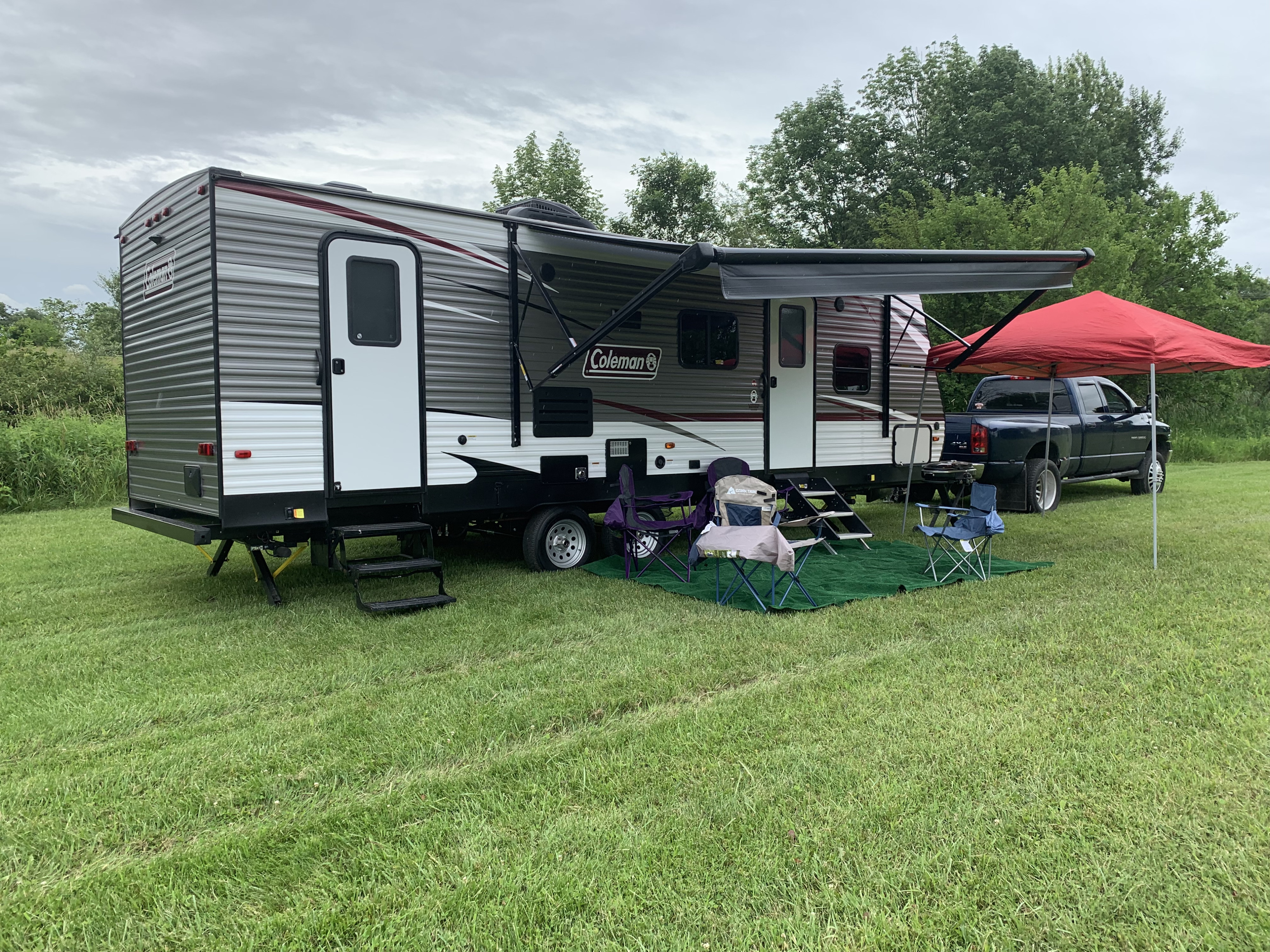 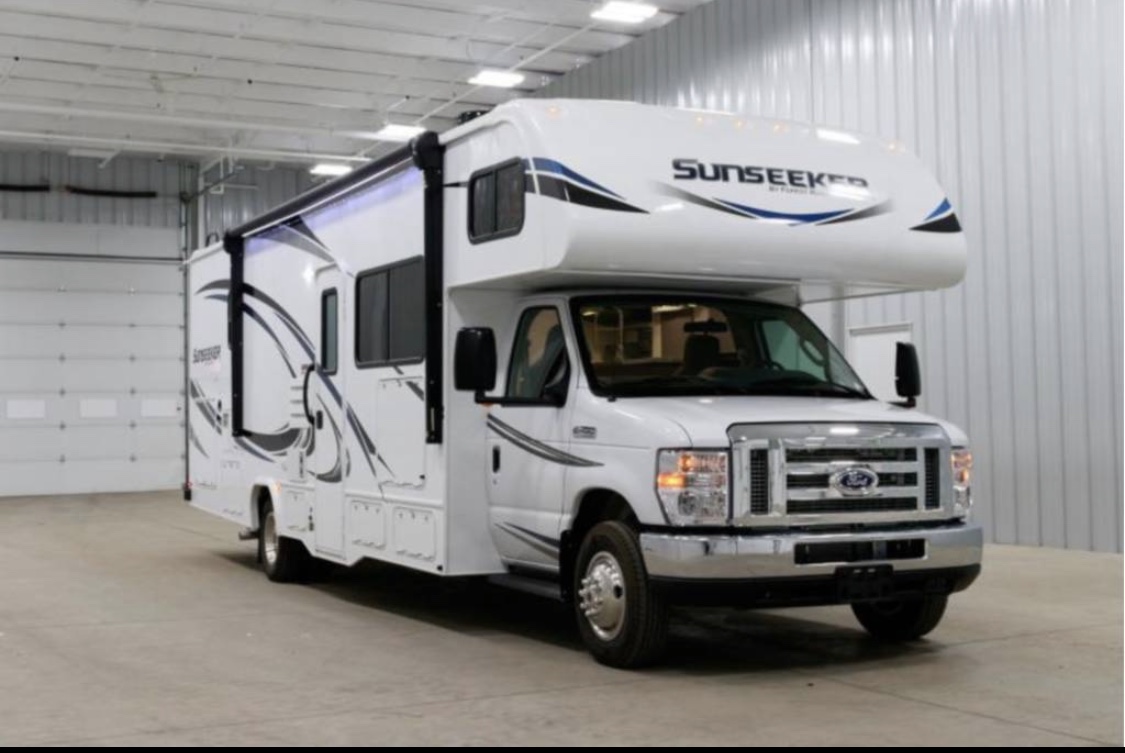 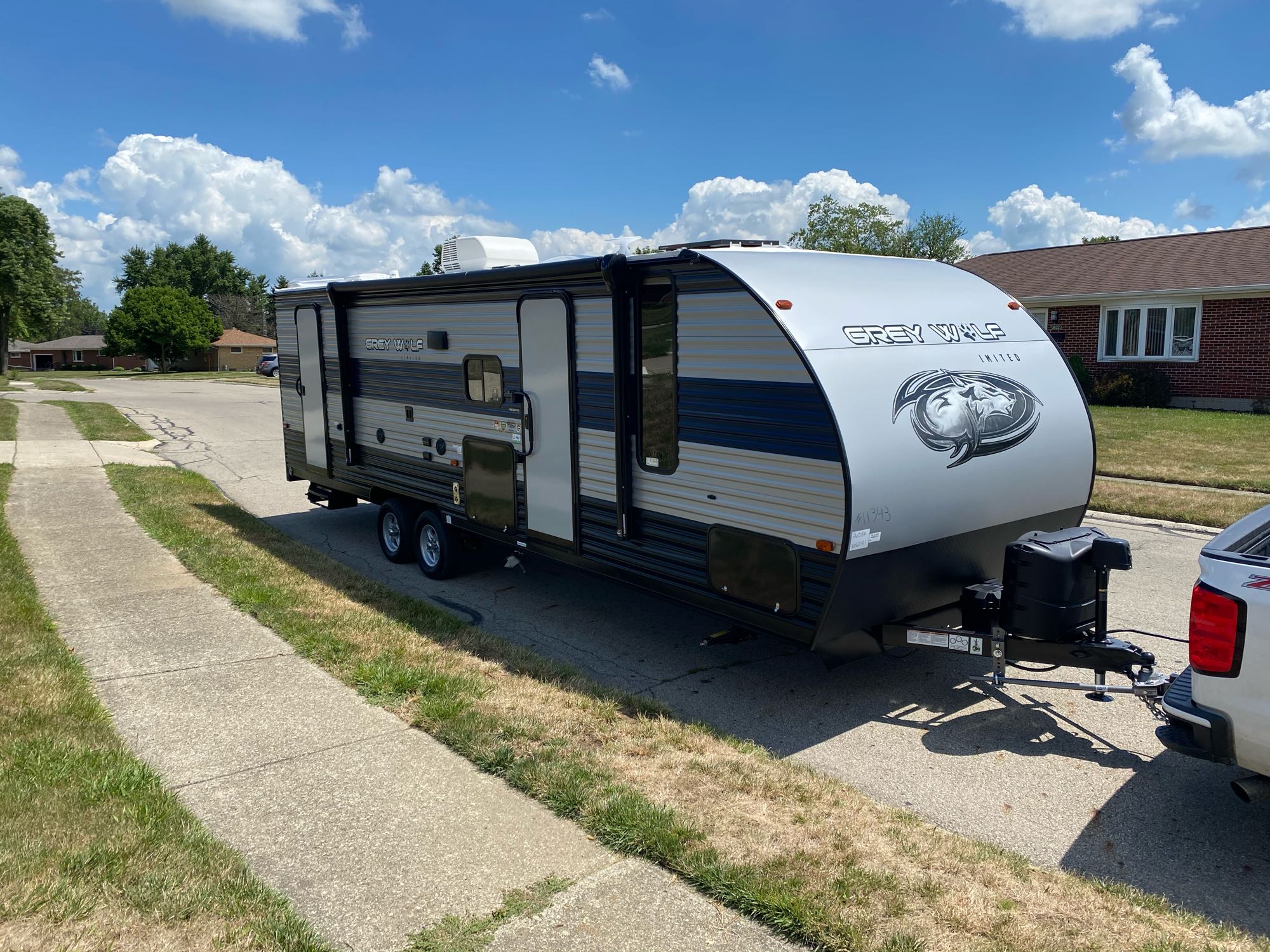 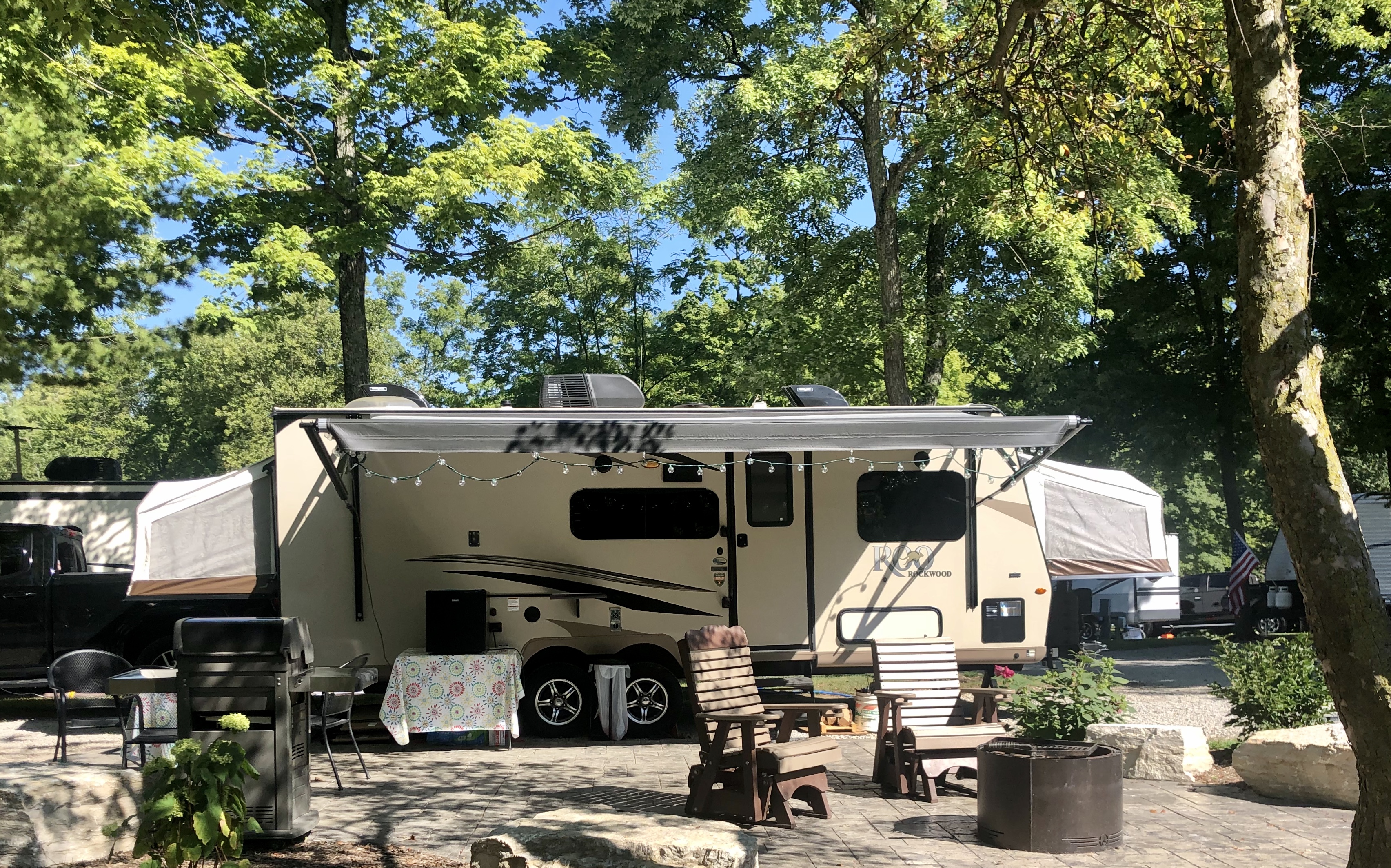 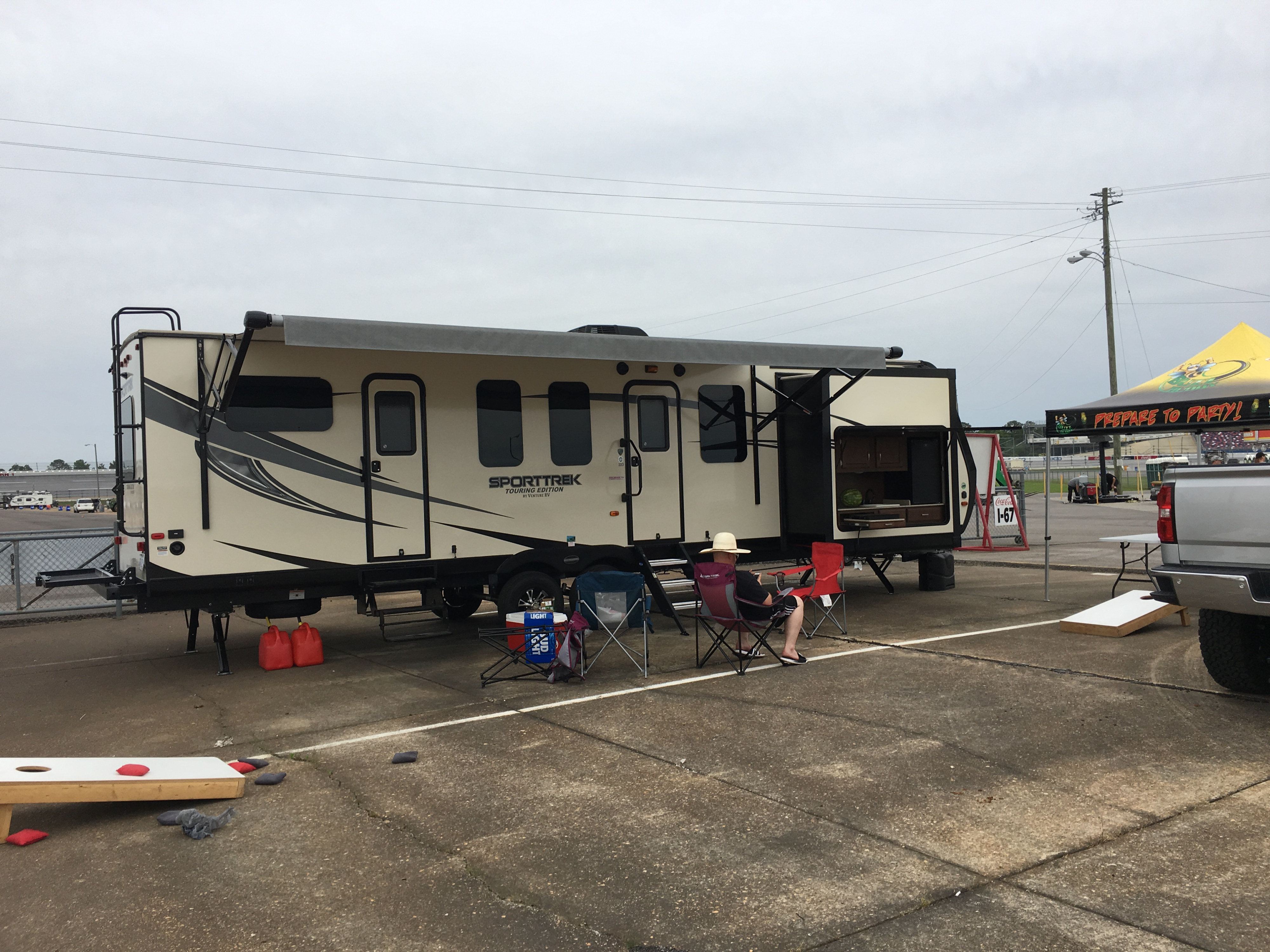 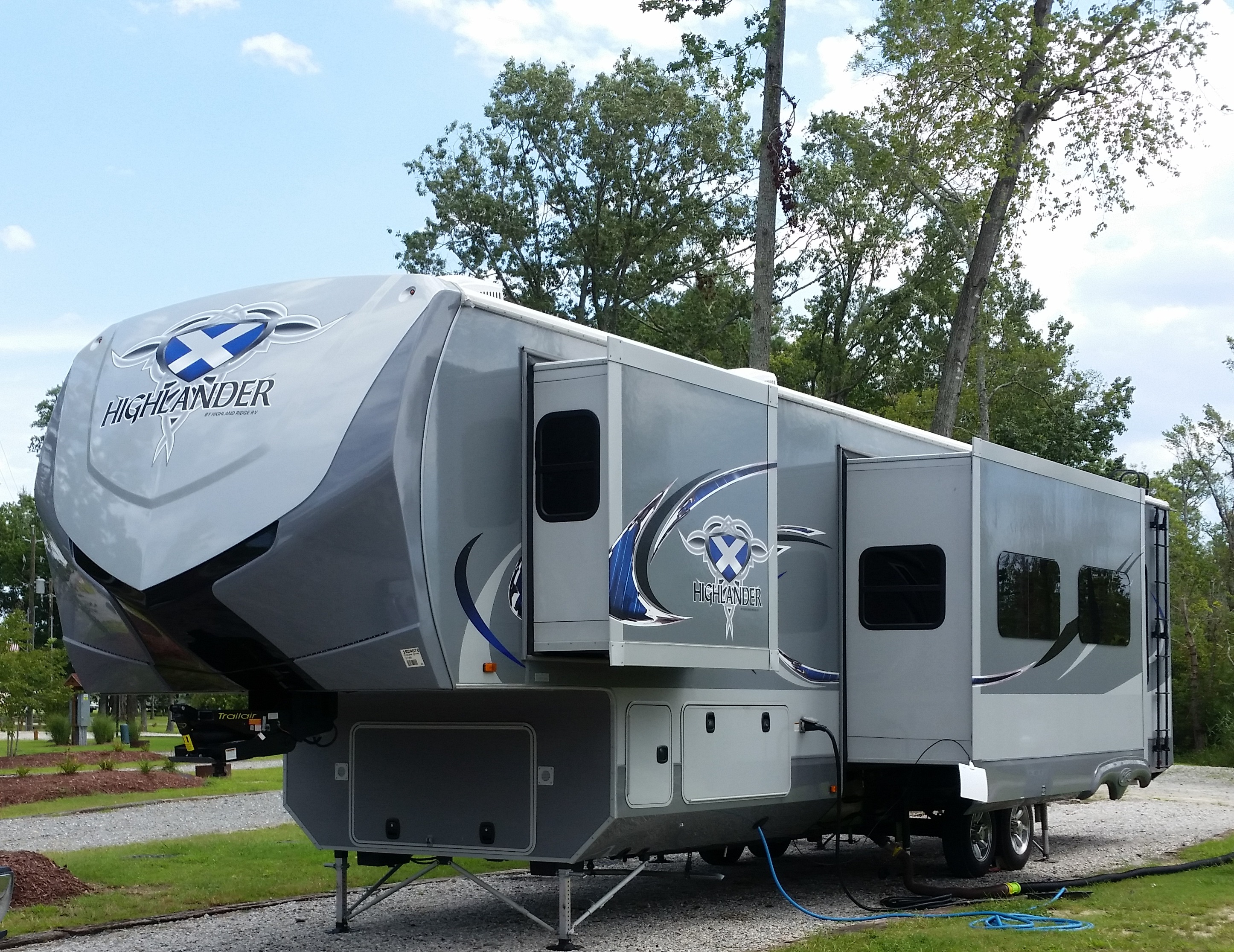 Central Ohio doesn’t top many motorhome camping travelers’ bucket lists; however, this region is one of the most unique in the state, blending the urban attractions of Springfield with sprawling natural areas in the middle of the country.

If you’re looking for great central Ohio campgrounds, look no further than Enon Beach Campground. Many of the campsites at Enon Beach have full hookups for your RV rental, along with fire rings, picnic tables, and propane fill-ups. There’s also a dump station, plus showers, a laundromat, and a snack bar should you get hungry. However, most people choose an Enon Beach Campground campsite because they love the outdoors; there’s a spring-fed lake that’s just steps for your RV’s door - you can swim in its cool waters or sunbathe on its sandy beach. The lake is stocked with catfish, bass, and bluegill, and you don’t need a state license to fish it. There’s also a playground and game room to make this one of the most family-friendly Springfield campgrounds.

Enon Beach Campground is conveniently located between Highway 4 and Interstate 70, giving easy access to Springfield and Dayton. Cincinnati is a little over an hour's drive away and is the cultural heart of southern Ohio and northern Kentucky. If you’ve got the time for some day trips, all of them are worth visiting when you rent a camper near Enon Beach Campground.

One of the more surprising aspects of central Ohio is just how bike-friendly it is. If you’ve brought a set of wheels or you rent a bike in a nearby town, you should hit up the Little Miami Trail Scenic Trail. It’s only about eight minutes from the RV campground, and the 80-mile long paved rail trail runs from Springfield to just outside of Cincinnati.

Buck Creek State Park is on the east side of Springfield. It's always a popular trip for anyone getting an RV rental near Enon Beach Campground. The 4,000-acre park surrounds C.J. Brown Reservoir, providing ample recreational opportunities for those with a boat. Kayaks can be rented from a shop just outside the campground, and there are several trails to wander the woodlands around the reservoir. If you’ve got a fishing license, the reservoir is great for catching walleye and bass.

A trip to Ohio wouldn’t be complete without visiting the state’s only national park, Cuyahoga Valley. It’s a little under three hours' drive from the campground, but well worth it, especially if you enjoy cycling. The park has some of the most extensive bike paths in the state, and that’s saying something in bike-friendly Ohio. One of the most popular routes is the Ohio and Erie Canal Towpath Trail, a nearly level path that follows the historic canals that formed the backbone of American transportation prior to the introduction of trains. There’s also Brandywine Falls, perhaps the best hike in the park, which visits a spectacular 65-foot-tall waterfall.

When you camp in a rental motorhome at Enon Beach Campground, you’ll be spending most of your time in the Springfield or Dayton area. Springfield has a nice restaurant scene with Italian, Mexican, Chinese, and a few other international options along with a very popular brewery. If you’re into antiques, there are a couple of larger shops selling all sorts of interesting artifacts from the Upper Midwest’s past. Springfield is also home to Frank Llyod Wright’s Westcott House, one of the designer’s more famous projects. Tours are given regularly and are a must for architecture fans.

Slightly farther away, Dayton has even more to see, with such fascinating attractions as the National Museum of the U.S. Air Force, the Boonshoft Museum of Discovery, and the Wright Cycle Company Complex. Dayton has a long history with aviation, with the Wright brothers getting their start there and Wright-Patterson Air Force Base sitting on its outskirts. The National Museum of the Air Force is located at the airbase and has one of the most extensive collections of planes, rivaling the Air and Space Museum in Washington D.C. Exhibits feature aircraft from every major conflict in U.S. History.

The Boonshoft Museum of Discovery is a children’s museum with a focus on science and technology along with wildlife. Permanent exhibits feature an Egyptian mummy, an interactive solar system display, and a treehouse dedicated to birdwatching. The Discovery Zoo houses dozens of animal species, many of whom have been injured and rehabilitated, but would not survive on their own in the world. It’s also home to the Apollo Observatory, which claims to be the largest telescope open to amateur astronomers.

The Wright Brother Cycle Company is where America’s most famous aviators built bicycles before their first flight. It’s run by the National Park Service. It has fascinating displays showing the ingenuity of the brothers and how they eventually took to the skies. If you like hearing the backstory behind major historical events, this is a must.