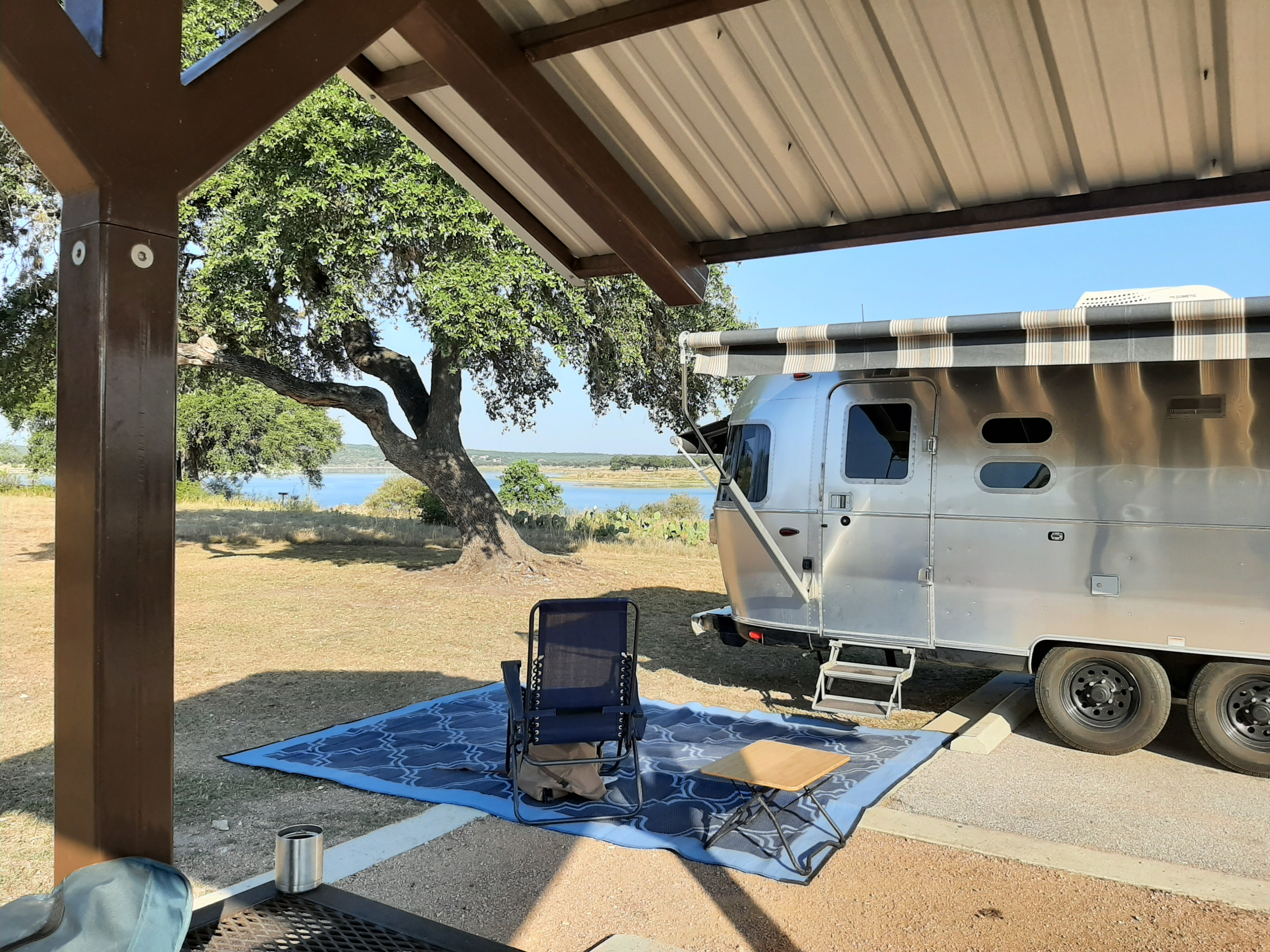 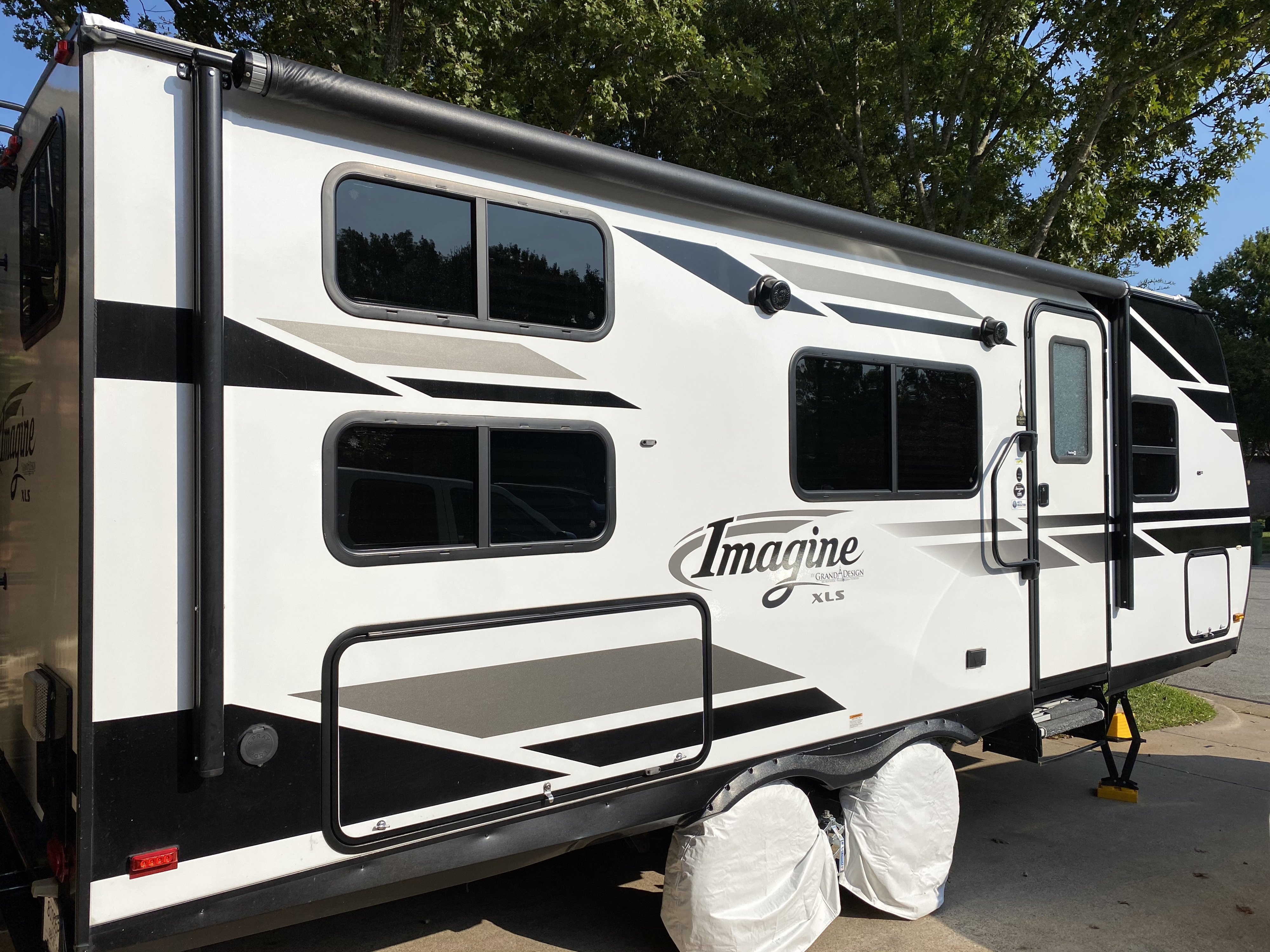 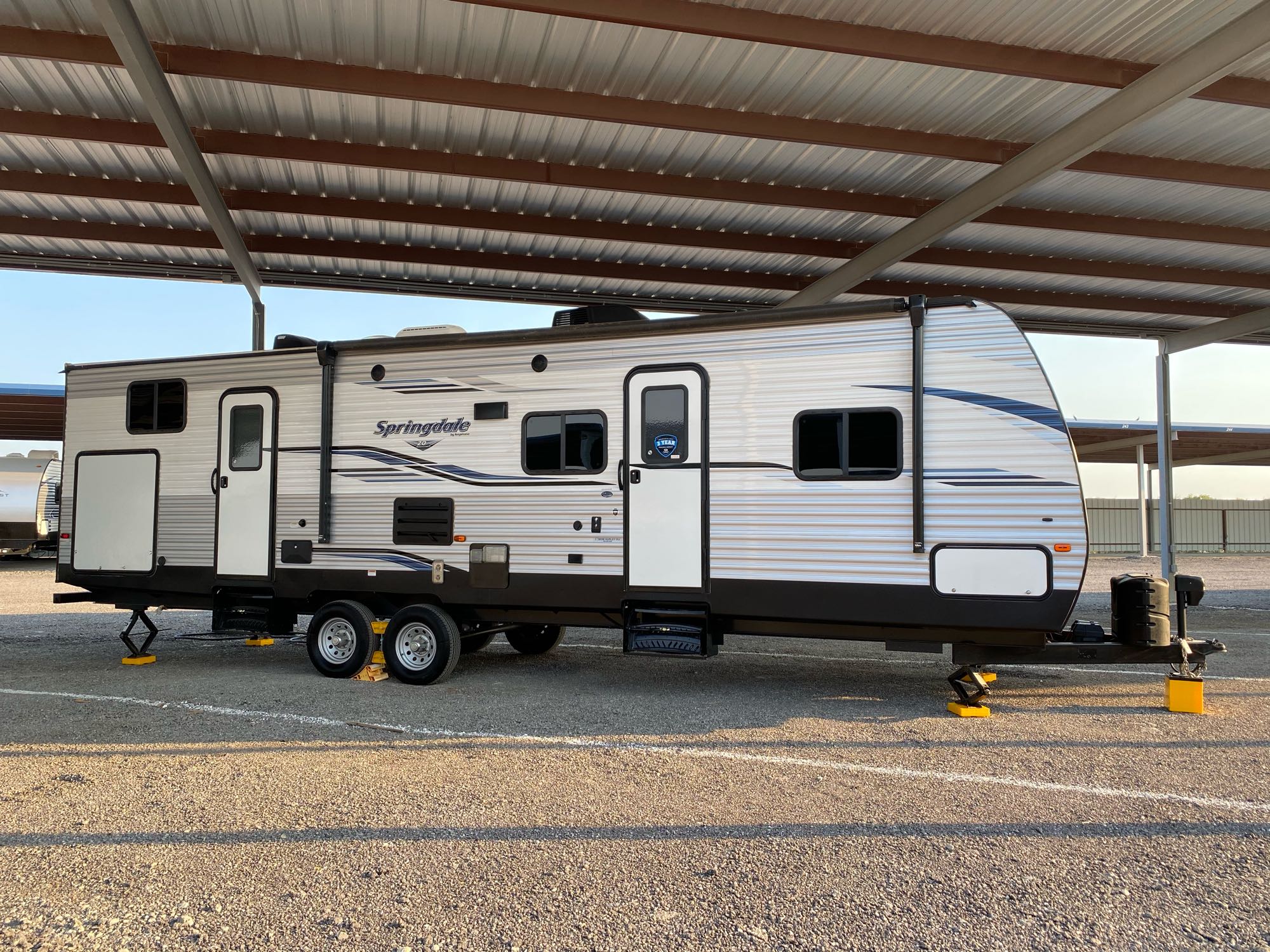 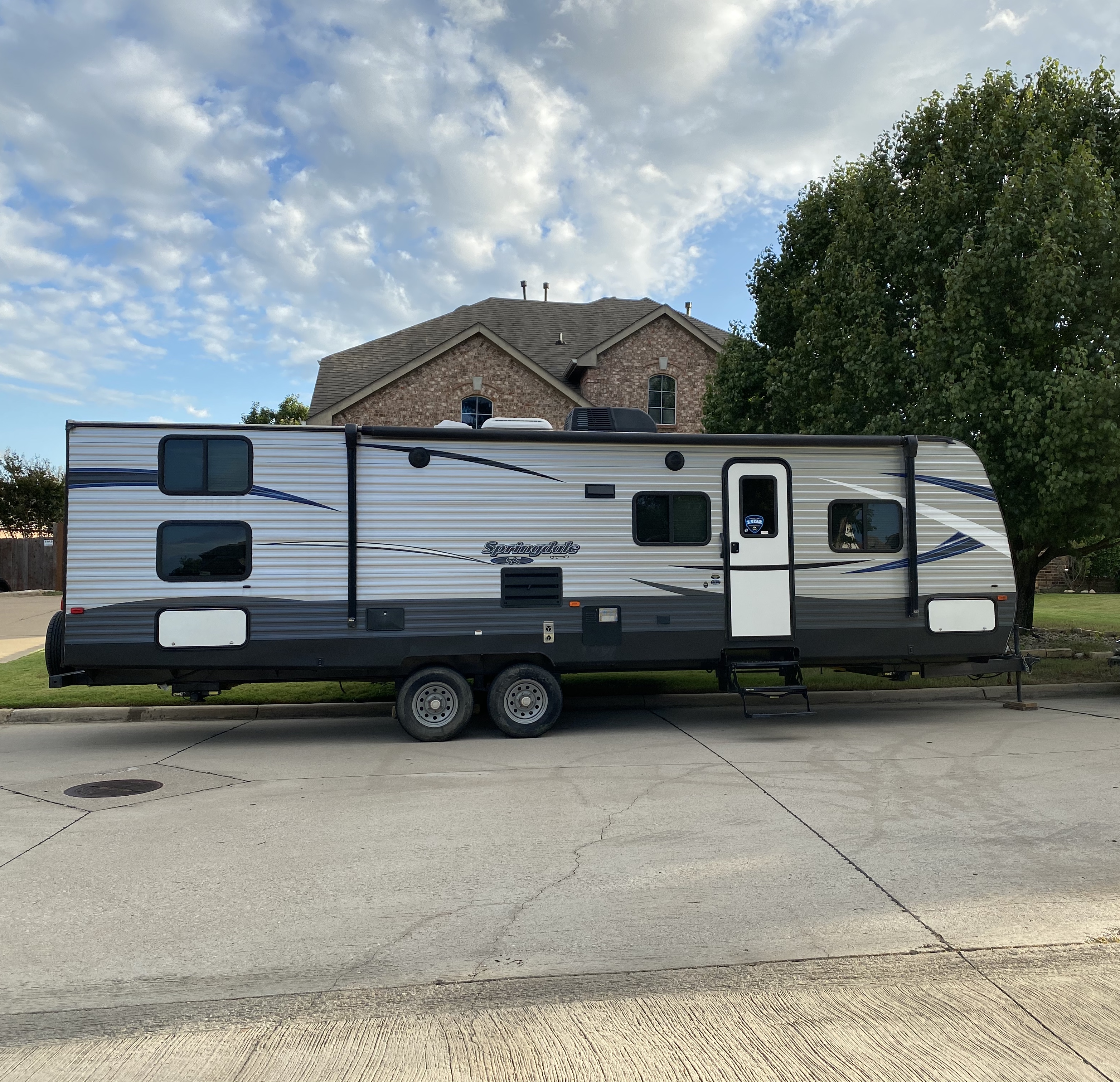 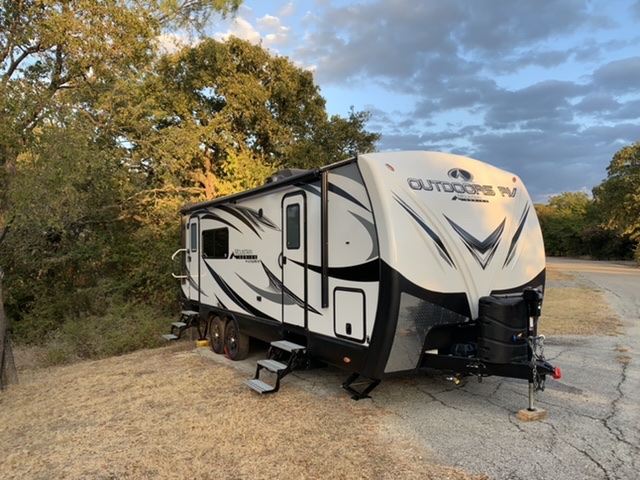 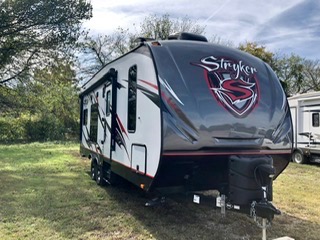 When you want to take in the wide-open spaces of north-central Texas and yet still be within an hour's drive of the Dallas Cowboys Stadium or the Fort Worth Stockyards and the Texas Motor Speedway, motorhome camping at Dodge City RV Park is worth considering. Large sites, some under leafy shade, await Alvarado campers, who'll have a choice to connect to full hookups with 50/30/20 amp service.

Stay updated while camping at Dodge City RV Park by taking advantage of cable TV and wireless internet connections offered in most sites. After a day of adventuring near the park, return for a nice shower, do a load of laundry, and reflect on the experiences you’ve had. Then perhaps let your pet loose at the dog run while you enjoy some well-deserved treats bought from the general store. Before hitting the road, you can refill your rental RV's propane reserves on-site.

An hour's drive from town, a blooming wildflower show carpets the fields of Ennis each April, peaking around the third week of the month. Time your visit right, and you just might witness a profusion of bluebonnets on the Bluebonnet Trail, starting from Pierce Park. Over 40 miles of such trails are mapped by the Ennis Garden Club, which monitors the trails and directs visitors to the most colorful paths. You can even request a garden club expert guide to use during a motorhome tour of the trails to make the most of this fleeting yet vivid phenomenon.

For a mix of outdoor recreation on land and water, set your sights on Cleburne State Park, about 45 minutes' drive from your campsite at Dodge City RV Park. Launch a kayak on Cedar Lake, sink a line for crappie, bluegill, and bass (fishing pier is ADA-accessible), or simply take a refreshing dip in the spring-fed lake. If you want to stay dry, give your legs a good workout on the park's Spillway Trail or on the six-mile wooded downhill MTB trail. While out exploring the park's rocky hills clad in juniper, elm, and mesquite, keep a watchful eye for armadillos, bobcats, and coyotes, which are occasionally seen in the bush.

For a Jurassic Park experience, head to Dinosaur Valley State Park. At the park’s Paluxy riverbed, you can literally follow in the footsteps of sauropods whose tracks have been imprinted in the mud when the area was part of an ancient ocean. Summer months are often the most suitable time to visit, as the river usually stops flowing, leaving only isolated pools and revealing the dinosaur trackways. You may also bring your equine friend and roam around the wooded and hilly, hardscrabble limestone terrain on horseback. Alternatively, join a certified outfitter for a wrangler-assisted trail ride along the park’s scenic trails.

For a fishing jaunt within town limits, you only have to make a quick drive to Alvarado Park Lake a few miles off of I-35. Sink a spinnerbait off the boat docks for a good chance to land largemouth bass. There's also a petting zoo in town for those eager to get up close to farm animals, and pony and barrel train rides for kids to enjoy.

A variety of attractions and entertainment beckons all ages at Cleburne. Take your campervan rental to the county seat and learn how cattle were driven overland at the Chisholm Trail Outdoor Museum. Discover how Cleburne changed when the train came to town at the Railroad Museum and what life was like in early Johnson County at the Layland Museum and the Johnson County Courthouse Museum. If you're a fan of the movie Gone With the Wind, a visit to the GWTW Remembered Museum should be on your list. Here, you can browse replicas of dresses worn by Vivien Leigh, movie props, and other historical pieces and auction house memorabilia numbering in the thousands.

Put your Johnson County RV rental to good use and take it on a historic homes tour of Cleburne's Victorian, Arts and Crafts, and Bungalow houses and structures. The City Hall and the Episcopal Church, including the Layland Museum, are just a few examples.

The Dallas-Forth Worth Metroplex is just an hour’s drive away when you rent a travel trailer near Dodge City RV Park. There’s much to see and do in one of the largest urban areas in the Lone Star State. So go ahead and book an RV in Alvarado, Texas, and begin planning what will surely be a memorable journey.