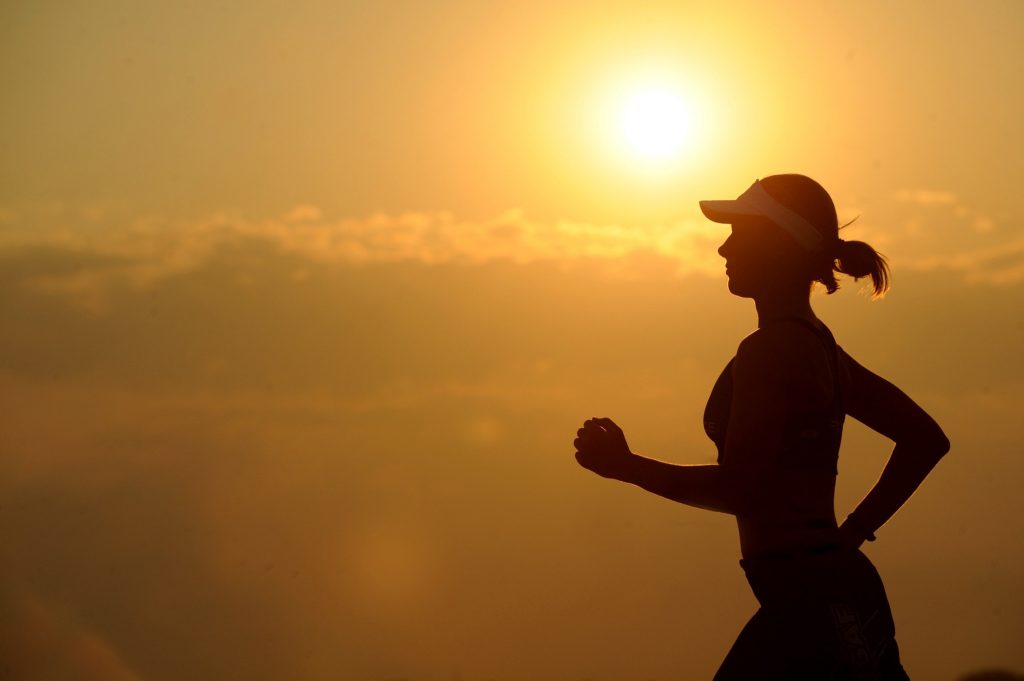 It was early on the morning of June 2 when my husband dropped me off at the start line of the Bryce Canyon 55K ultramarathon. For those unfamiliar, an ultramarathon is any race distance longer than a marathon—or 26.2 miles. A 55K equates to, give or take, a distance of 34.1 miles. This would be my third time running the race, but this year was different.

As opposed to previous years, there was no shuttle to the start line. With Bryce Canyon National Park being in a relatively remote pocket of the world—let alone, a very remote part of Utah—it’s been a challenge for race organizers to transport runners there. There are a few local hotels and campsites, but none lie anywhere close to where a trail race could start, presenting a unique challenge for the start and finish line placement.

This year, however, the start line was located at the mouth of Proctor Canyon, about 45 minutes from Bryce Canyon. The reason for the change: to allow participants to park their RVs or pitch their tents right at the start for easy access, both for runners and spectators.

The morning of the race, as we drove the dirt road to the starting line, I began to wish I had rented an RV. A sea of them dotted the landscape ahead. I kept thinking about all of the hours I would have saved that morning, and of how fun it would be to have my husband and eight children waiting right at the finish line, after having spent the morning jumping off the rope swing in the nearby watering hole.

Envy aside, I raced, and it was spectacularly difficult. The lush forest in the late spring was breathtakingly beautiful and running along the burnt-orange landscape of the canyon’s trademark hoodoos took my breath away.

As the cool morning air quickly turned into a hot afternoon sauna and the hard, packed dirt transformed several times over into beach-like sand, I could have run all day. And for the most part, I did. After 7 hours and 16 minutes of running—coming in 8th place for the women—I finished just in time for a late lunch; a lunch I had to drive nearly an hour away from the finish line to find.

Had I taken advantage of the the RV parking at the start, my hungry self would have eaten immediately.

This got me thinking. Now that I knew this race was RV-friendly, were there others out there? In an effort to answer that question, I asked around in my ultra-running community and compiled a list of the most RV-friendly ultramarathons in the U.S.

If you like your ultra races long, hot, covered in dirt, and named after wild boars, this race is just for you. The Javelina Jundred is a 100-mile race in Fountain Hills, Arizona, that attracts hundreds of people from all over the country and world. Many of its participants park their RVs on the “Javelina Jeadquarters” parking lot. And while there are no RV hookups, runners still bring their RVs as part of the Javelina Jamping (camping) experience.

Keeping things groovy is the name of the game at Michigan’s Run Woodstock. Whether you sign up for the Freak 50K, Peace Love & 50 Miles, Happening 100K or the Hallucination 100 Mile, you’ll be able to hang loose in your RV before and after logging those long miles.

Located way out in the west desert of Utah—out where mustangs also run wild and free—is the Pony Express Trail 100 and 50-mile ultramarathon. Race Director Davy Crockett prides himself on creating a family-friendly atmosphere where not only can you park your RV, but you can also follow alongside your runner to help coach and supply them the entire way.

A popular ultramarathon for several seasoned running vets is Across the Years in Glendale, Arizona. With several time options ranging from 24 hours to 6 days, the directors of this race encourage runners to go for the long haul.

And because many of its runners will be on foot for several days, it is imperative that they have a home base to change, clean up, eat and recharge while continuing on their journey. In fact, the entire south lot allows you to park right next to the track for as long as you will be racing.

Not only do the Black Hills of South Dakota feature the faces of four former U.S. presidents, this is also a national park filled with local animal life, live rivers, streams and soft, black dirt to traverse the mountainside for miles by foot. The Black Hills 100 ultramarathon series takes runners through these hills in a spectacular way.

The Black Hills 100 not only allows for RV parking at the Sturgis RV Park & Campground, but the campground is also the event’s host and lodging sponsor. What could be better?

The Indiana Trail 100 is a 20-mile loop around Chain O’ Lakes State Park. As such, the campground is located right near the start and finish line. Just park, plug in, run, and return to your home away from home to rest and recover.

Due to its relatively remote location, there is no lodging nearby. This means that camping and RVing is highly encouraged. The race website says it all: “Camping is available right at the start area for everything from tents to the largest RVs.” So, bring the big ones and camp until you run, then camp some more.

While the Wildcat 100 in Pensacola, Florida may consist of seemingly countless laps of the same 2.5-mile course, composed mostly of grass and dirt, it has been named among one of the favorites by ultra-runners.

As a bonus, the race location is near Biscayne National Park and Everglades National Park, and there are RV hookups at the race site.

You may have seen the eponymous Netflix documentary dedicated to this most epic of ultra-distance races. The Barkley has been coined “The race that eats its young.”

This 100-mile race through Tennessee’s Frozen Head State Park has seen only a handful of finishers in its 32 years of existence. Not only that, but those who get to start have to be invited to the race. Suffice to say, they are an elite few due to Race Director Gary “Laz” Cantrell’s unique selection process.

However, if you are among the lucky few who get to run—or shall we say, attempt—The Barkley, you will want an RV to rest from your battle wounds, both mental and physical.

Last but not least is the race I selected because of its one-of-a-kind venue located in a piece of heaven on earth: Bryce Canyon. Whether you run the 55K, 50-mile, 100-mile or even the half marathon, all races are equal parts challenging and breathtaking. You will not only want to have a home away from home to rest from your long journey, but you may just want to stay awhile.

Whether you decide to start training for one of these ultramarathons or simply want to visit one of these scenic destinations, Outdoorsy is here to help you find the most optimal ride for the road ahead.