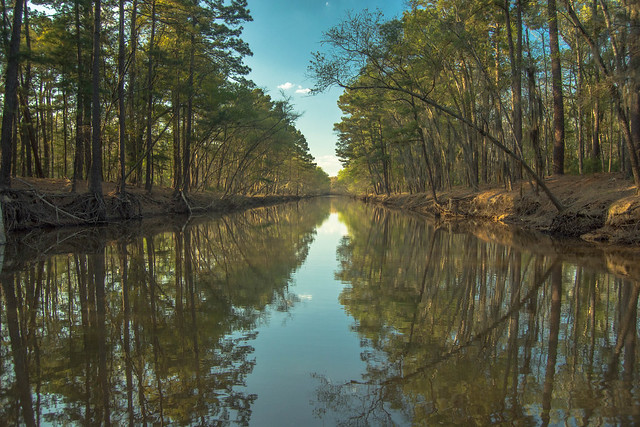 I’ll be the first to tell you that National Parks are amazing places. Some of the most beautiful places on the planet are protected inside America’s parks, and I strongly encourage everyone to take a weekend to hit the trails in whatever branch of the national park system is closest.

But there’s one downside to national parks: crowds! Especially in the more popular parks, like Yosemite, Yellowstone, Glacier, and Zion, campsites for the entire season often fill up on the same day the reservation system opens. Traffic can be a challenge, and even easy hiking trails are made difficult by the sheer number of fellow outdoor enthusiasts taking the same route.

But if you want to visit a park this summer on a last-minute whim, there’s an easy solution: visit a state park! You may associate epic vistas and bucket-list hikes with national parks, but there are thousands of protected state areas that are just as beautiful, and sometimes more so. So, without further ado, check out our list of 10 state parks that give national parks a run for their money. But note that this isn’t an exhaustive list. There are more than 10,000 state parks in the U.S. – so you better get going! 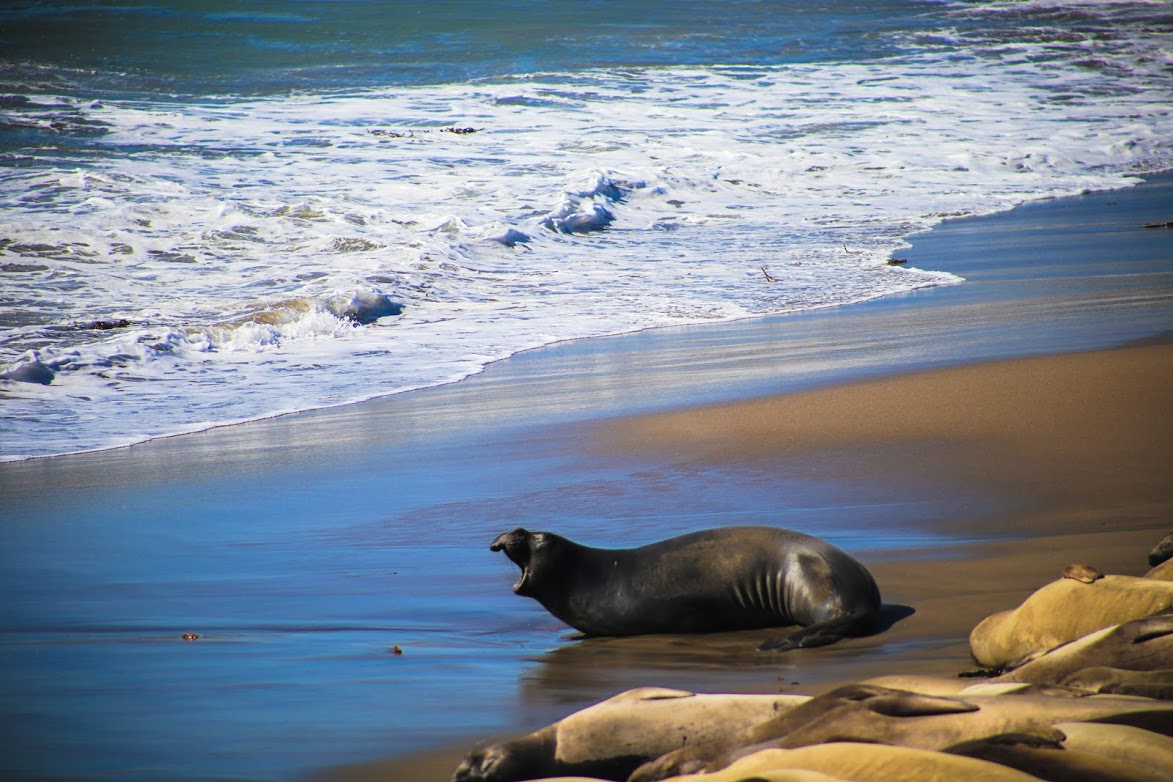 It’s hard to fit everything good about Hearst San Simeon State Park in California into one quick blurb. This beautiful California state park is located on the cliffs above the ocean in San Luis Obispo and has jaw-dropping views. What’s especially surprising about this park is the wildlife; specifically, the massive elephant seals that meet here at the rookery (a seal breeding ground). At certain times of the year, the beach is covered in these beautiful animals, which can grow up to 15 feet in length. After viewing the seals, which you do from the safety of an elevated walkway, continue on the path for a few more miles to the Piedras Blancas lighthouse, which dates from the 1870s. Camping is available in the park and there’s plenty to do in the area, from touring famous Hearst Castle to renting kayaks and exploring the shores from the water.

Sure, Glacier National Park gets a lot of the love in Montana, but you owe it to yourself to spend at least one weekend in Makoshika State Park. The park covers more than than 11,000 acres in the state’s badlands. From hiking trails that go past impossibly stacked stone formations to mountain biking trails past painted rocks, this park has plenty to do – and that even includes dinosaurs. The bones of many species of dinosaurs have been found in the Badlands of the western US, and the park has both a museum of paleontology and some bones still un-excavated in the rock. If you have kids, you can go on “treasure hunts” to find the bones using maps you can get from the park office.

If you’re looking to escape the city for a weekend, head to one of New York’s largest state parks: Allegheny State Park. It’s a large park, and it’s easy to plan a vacation here in advance as you can book your campsite reservation online. If you’re looking for a quintessential summer camp experience, complete with docks just waiting to be lept from, this is your spot. There are caves you can explore (bring a headlamp) and hiking trails through large swaths of old-growth forest. If you’re visiting in the spring, be sure to take the Red House Lake Area Trail, which goes past several wildflower fields before arriving at a lake. If hiking isn’t your thing, the park has boat rentals, playgrounds, and a sandy beach perfect for summer grill-outs. Stop by the park’s Thomas L. Kelly Covered Bridge if you’re looking for a spot to take some family photos.

Spelled G-O-R-G-E-S, but maybe G-O-R-G-E-O-U-S would be better. This gem in western North Carolina has both hiking and backcountry camping, but what you should come here for are the waterfalls deep into the woods. They’re accessible via a variety of day hikes. And if you’re the type of roadtripper who won’t rent an RV unless it has a bike rack, take note: the park is in the middle of a region famous for its trail systems, so you can make basecamp in the park for a week and bike a different trail every day. The green area this park stretches from Virginia into northern Georgia, so you’ll have no shortage of access to super-long cross-country trails.

California is covered in such beautiful parks that it deserves another mention on this list. This time, it’s for Point Lobos State Preserve. It’s just south of Monterey and Carmel, which means if you’re making a long weekend road trip, you could combine it with San Simeon State Park (above). At Point Lobos, you’ll have unparalleled views of the cliffs and coastlines that made northern California famous. There are several walking trails in this park, many of which are along the cliffs above the rugged coastline. There’s a whaling museum, free guided ranger walks every day, and even a separate nature walk through the trees with informational signage along the way. You can even scuba dive here! If you don’t make it in the water, you’ll usually be able to see harbor seals and sea otters from the outcroppings along the trails. If you’re looking to take glamour shots of the California coastline, get here early before it’s jam-packed.

Texas may bring to mind the sprawling Chichuahua Desert (which is where you’ll find Big Bend National Park), but you may be surprised to learn that Caddo Lake State Park is much more like a swamp than anything else, complete with a healthy population of alligators. At this park, you can canoe and kayak along more than 50 miles of trails, surrounded by Cyprus and mangrove trees covered in old Spanish moss. The paddling trails are clearly marked and easy to follow, and you can rent everything you need on-site. The park has tent camping and RV camping sites with hookups. If you’re into birding, be sure to download the 16-page birding guide in advance from the park website.

If you live anywhere near Utah, reserve your RV and clear your calendar for a weekend at Antelope Island State Park. It may not be in Montana, but you’ll get a real “ big sky” feeling when you explore the hiking and mountain biking trails and roads through the open fields of this island park. Expect to see herds of grazing megafauna like bison, elk, and bighorn sheep, among others. There are 45 miles of trails to explore, so you can spend a few days here and not touch the same rocks twice. The park’s highest peak is at an elevation of 6,586 feet above sea level, creating plenty of opportunities to get in some vertical. If you prefer to explore in other ways, you can take a horseback tour or even hit the trails on an e-bike. There are four campsites in the park, all of which can be reserved in advance online.

Most people associate Nevada with Las Vegas and slot machines, but if you head north, you’ll notice something unexpected: Lake Tahoe. The huge alpine lake splits down the middle between California and Nevada, and thanks to a generous donation to the state park service, the entire eastern shore of the lake (also known as the Nevada side) is mostly free from development. There are several beaches dotted along the shore, but the one you can’t miss is Sand Harbor State Park. A few miles south of Incline Village, the park has two large beach areas that lead into bright blue water dotted with huge boulders. The water is extremely still and has excellent visibility, so it’s an ideal place to learn to paddleboard. During the summer, the park is home to the Lake Tahoe Shakespeare Festival and has an all-day grill and restaurant, though grills and picnic tables are available, too. There’s no camping here, but the Zephyr Cove RV park further down the eastern shore is only about 20 minutes away. It can get hard to find parking during Saturdays and Sundays in the summer, so try to get there early if you’re visiting on a peak weekend.

It’s easy to find adjectives to describe Cape Disappointment State Park, but disappointing isn’t one of them. This beautiful park in Washington State looks like something right out of a movie set, and it actually is: the Guardian, with Kevin Costner, was filmed here. It also looks a lot like the backdrop from The Goonies, though that was actually filmed in nearby Cannon Beach. This park is most notable for its hiking trails that lead down to a hidden beach cove with massive cliffs on either side. If you’re looking for a spot to picnic in sunny weather or take some stunning nature photos during misty skies, be sure to head to Dead Man’s Cove. History buffs will want to swing by the Lewis and Clark Interpretive Center, which tells the story of the cross-country journey that eventually culminated in the explorers’ arrival at Cape Disappointment. More than 100 campsites are available in the park, many of which are just steps from the Pacific Ocean.

Weeki Wachee Springs State Park is the campiest and cheesiest park on our list – and it’s a Florida institution that cannot be missed. This small-but-stunning park offers plenty to do, some of which you won’t find anywhere else in the country. Sure, you can kayak and paddleboard on the calm Gulf of Mexico waters, or you could gather everyone together to go spot wildlife on a riverboat cruise. But you can also see an underwater mermaid show or spend the day playing at Buccaneer Bay, a waterpark fed by natural springs. If you want a more nature-focused experience, rent a kayak and take a self-guided mangrove tour and see if you can spot one of the endangered manatees often seen in the Weeki Wachee River. Nearby Cody’s RV park is a great spot to spend a few nights – don’t miss the giant dinosaur statues strategically located around the sites.

What State Parks are on your list? Get there in style with a ride from Outdoorsy!