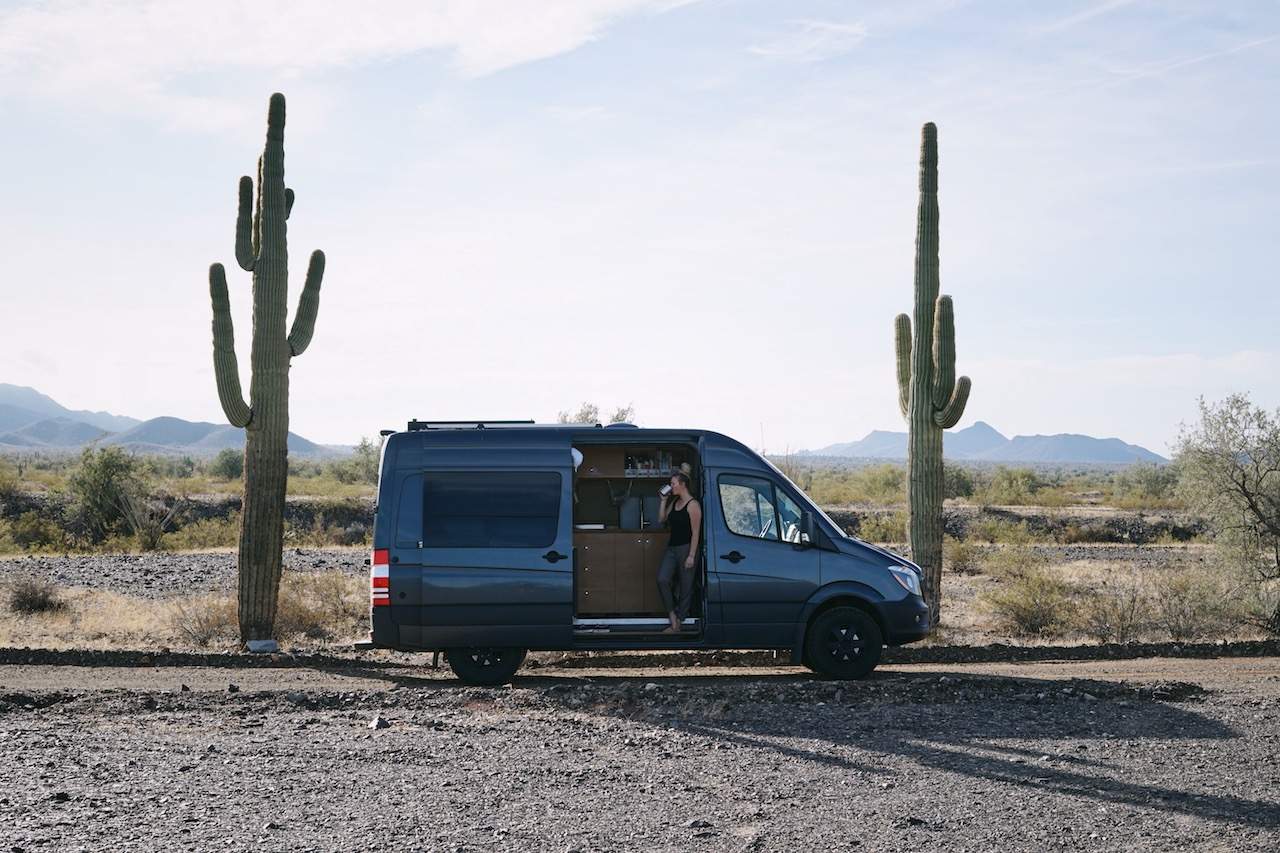 Lift your pint glasses, and let’s toast to the start of summer! With winter officially in your rearview mirror, now is the time to point your RV toward fun. In the Grand Canyon State, the sun is hot, and craft beer is even hotter. Help beat the heat by filling your schooners, pitchers, and every Zonie’s favorite, growlers. Now, we know everyone pairs beer with pretzels, but this summer, how about pairing your love for beer with something more adventurous, like an RV trip? Whether you take your RV to Northern Arizona to escape the desert heat or head to the waterfront, we are here to help satisfy your taste for suds with some of the best breweries in Arizona.

The Best Breweries to Enhance Your RV Trip in Northern Arizona

With summertime temperatures topping 115 degrees or more in the Phoenix Metropolitan area, people are desperately looking to escape the heat. Thankfully, doing so is as simple as driving two to three hours north. Areas like Tonto National Forest, Coconino National Forest, and Prescott National Forest offer excellent RV camping locations and recreational activities. Heading north is not only an opportunity for an RV trip, but it’s also a chance to cool off and explore the breweries in some of the smaller Arizona towns.

Not all who wander find Wanderlust, but if you do, be sure to pull up a stool and stay for a while. Wanderlust Brewing Company, a kid and dog-friendly brewery located in the heart of Flagstaff creates unique brews that satisfy those who crave adventure and the open road. Whether you are looking to make connections or just want to tap into your nomadic spirit during your Arizona RV trip, Wanderlust Brewing Company has beer to enhance your journey.

Find your om away from om at Sedona Beer Company. RVers on a quest to unify their mind, body, and spirit have come to the right city. Sedona’s magnificent red rock formations frame the geomagnetic points that emit energy or vortexes, which radiate from the earth’s surface. Sedona is known as a place where people connect to their intuitions and find healing and balance. While you are in Sedona, why not connect with patrons at a sustainable and unique brewing company? If you crave kombucha or a Juicy Hazy, Sedona Beer Company will bond you with the tastiest drinks in town.

Arizona isn’t just a parched desert filled with saguaro cactus, rattlesnakes, and shrub brush. Did you know that Arizona has some of the prettiest bodies of water like Lake Powell and Lake Havasu? The lakes, like the human-made reservoirs, and the rivers that form the lakes, help to create an oasis within the rocky hills and desert terrain. People flock to the bodies of water during the summer to recreate and cool off, and many of these reservoir areas are popular destinations for RVers as well. Long, hot day on the water? Stop at a local brewery to take home the perfect beverage to cool you down at your rig.

After a day tubing down the Salt River or wakeboarding at Saguaro Lake, keep celebrating Arizona’s colorful desert landscape by visiting a brewery that embraces the conservation of the state’s natural resources. The beer crafted at Arizona Wilderness Brewing Company celebrates everything Arizona. Shades of Citrus, a fruited lager, is reminiscent of the valley’s citrus orchards, and the Hibiscus Tangelo Gose, a sour brew, blends flavors from Arizona’s tangelos with a hibiscus tea. Before heading back to your campground at Lost Dutchman State Park, take a to-go growler of State Parks Pale. The State Parks Pale, brewed to encourage and support Arizona’s state parks, is the perfect beer to sip outside of your Airstream while you watch the sunset transform the Superstition Mountains into a fire-like glow.

Lake Pleasant, located in the northwestern part of the valley, is another recreational hotspot for RVers and boaters. Before you pack up your rig, leave room in your cooler for cans or crowlers from Front Pourch Brewing, one of the state’s top-rated breweries. Your campout won’t be complete without the Slamber Party amber ale, which pairs nicely with a late-night refrigerator raid. Or you can forget all other beers, and get the one beer to rule them all: Sneaky Little Hoppitses, a Front Pourch Brewing beer that’s, “perfect for anyone traveling there and back again.” My precious, we can’t wait to sip your suds.

Are you taking your rig off-the-grid, and heading to a dry camping location near Lake Havasu or the Parker Strip? Perhaps you are stopping for a few hours to pick up supplies before you head to your boondocking location near Quartzsite. Wherever you park your rig, don’t forget to stop at Mudshark Brewing Company, a sustainable and solar-powered brewery located in Lake Havasu City. Choose a brew to sip at night, like the Full Moon, and then recharge your body’s batteries in the morning with a Morning Buzz Coffee Stout.

We can’t forget to mention one of the cities that put Arizona on the map when the Wild West was truly wild. Tombstone, Arizona, known for its famous gunfight between the Earp brothers and the Clanton-McLaury gang, is still alive and well, unlike some of the cowboys who passed through the area long ago. After your RV trip to Saguaro National Park, and on your way to camp at Patagonia Lake State Park, take a day trip to Tombstone. While you’re in Tombstone, dust off your boots and stop off at the local watering hole, Tombstone Brewing Company. The brewery, an Arizona favorite, cans and distributes beer across the state. Take a Lucky Cuss Lager home with you to your campsite, and while you are at it, fill up a growler with the Spawn of Earp.

Ready for Sun and Suds?

If you’re looking for good times and good brews, look no further than Arizona. Outdoor adventure is well-complemented with great friends and cold beer. In Arizona, you’ll find all three. So hop in an RV and get your brewery tour started. What are you waiting for?

Meagan Butler is a freelance creative content writer and editor and an advocate for solo female RVing. Meg is based out of the Denver area and travels in her Airstream Basecamp with her two Cavalier King Charles Spaniels, Teddy and Pippa. When she's not adventuring, she's spending time with her husband and writing for her RV blog, Her Fine Mess.