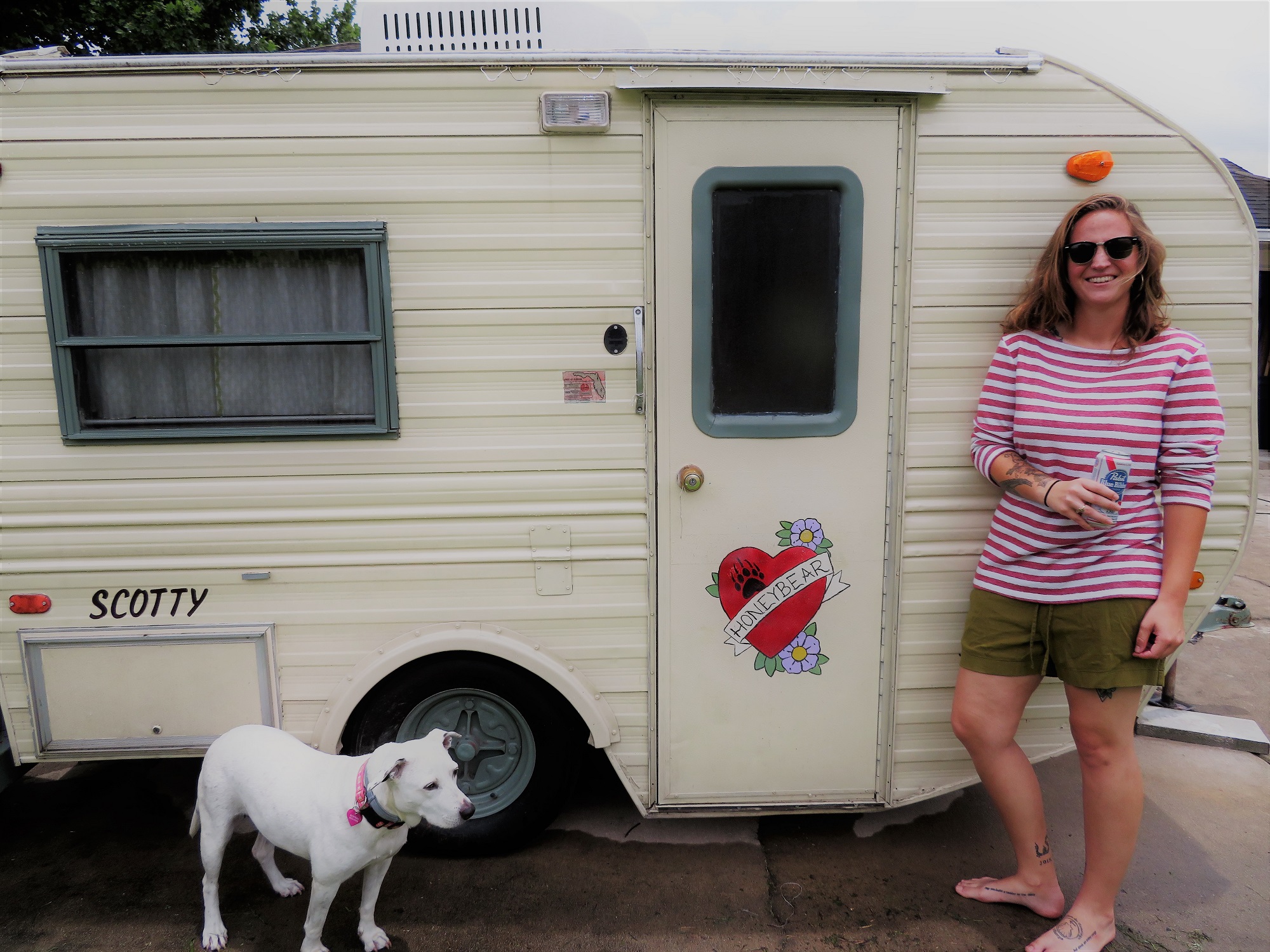 “I think she might be the one,” I told my mom over the phone. “Look at the Craigslist ad I sent you.”

I waited while she clicked and then for what felt like a long time and then couldn’t wait any longer. “What do you think?”

She hesitated. “It’s very small. And it doesn’t have a bathroom.”

Mom was right on both counts, but it was too late. After months of scouring the online classifieds and fending off pushy RV salesmen, I’d found the one—a 1984 Scotty Sportsman trailer, stretching just 13 feet from hitch to backend. Three days later, “Honeybear” was mine.

It’s hard to explain the connection Scotty owners have to their trailers, but here are four reasons why you too might find yourself head over heels for one of these tiny rigs.

The silhouetted Scotty dog logo has been cruising the United States atop small trailers s since 1957 when founder John Serro constructed the first model in his garage. While they might not be as widely known as brands like Airstream, camper people recognize a Scotty when they see one. On my very first trip with Honeybear, three people at my campground stopped to ask me about my trailer—what year was it, how much was original, who were the previous owners? Since then, I’ve never stopped at a gas station or pulled into a new campground without someone asking to take a picture or even peek inside. If you want to go unnoticed, don’t get a Scotty.

Personally, I love talking about Honeybear and hearing stories of other traveler’s past trailers. I’ve come across retirees whose passion for RVing began with a small Scotty. And I’ve made campground friends who later saved me from invading ants or helped me fix my brake lights all because we started chatting about Scottys.

No two Scottys are exactly the same. Even when the trailers were in production, the designs varied from year to year and even depending on what parts were in the factory. For example, in the 1960s, some—but not all—Scottys had decorative wings on their back end because owner John Serro thought they looked cool. Rumor is that they were made of leftover metal in the shop.

When I bought it, my trailer interior was covered in magazine cutouts of small birds decoupaged onto the walls. Green fabric stretched over the countertop and was made semi-water resistant by many layers of decoupage glue. The original brown leather seat cushions were wrapped in the same green cloth (thankfully, they were not decoupaged). That look reflected the previous owner, not me. So, I scratched the birds off the wall, painted, ripped the fabric from the countertop, built a new countertop, and unwrapped the seats to expose their very 1980’s brown pleather. I also adjusted a few things to make full timing easier. Scottys aren’t museum pieces, you can tear them apart a put them back together however you like. 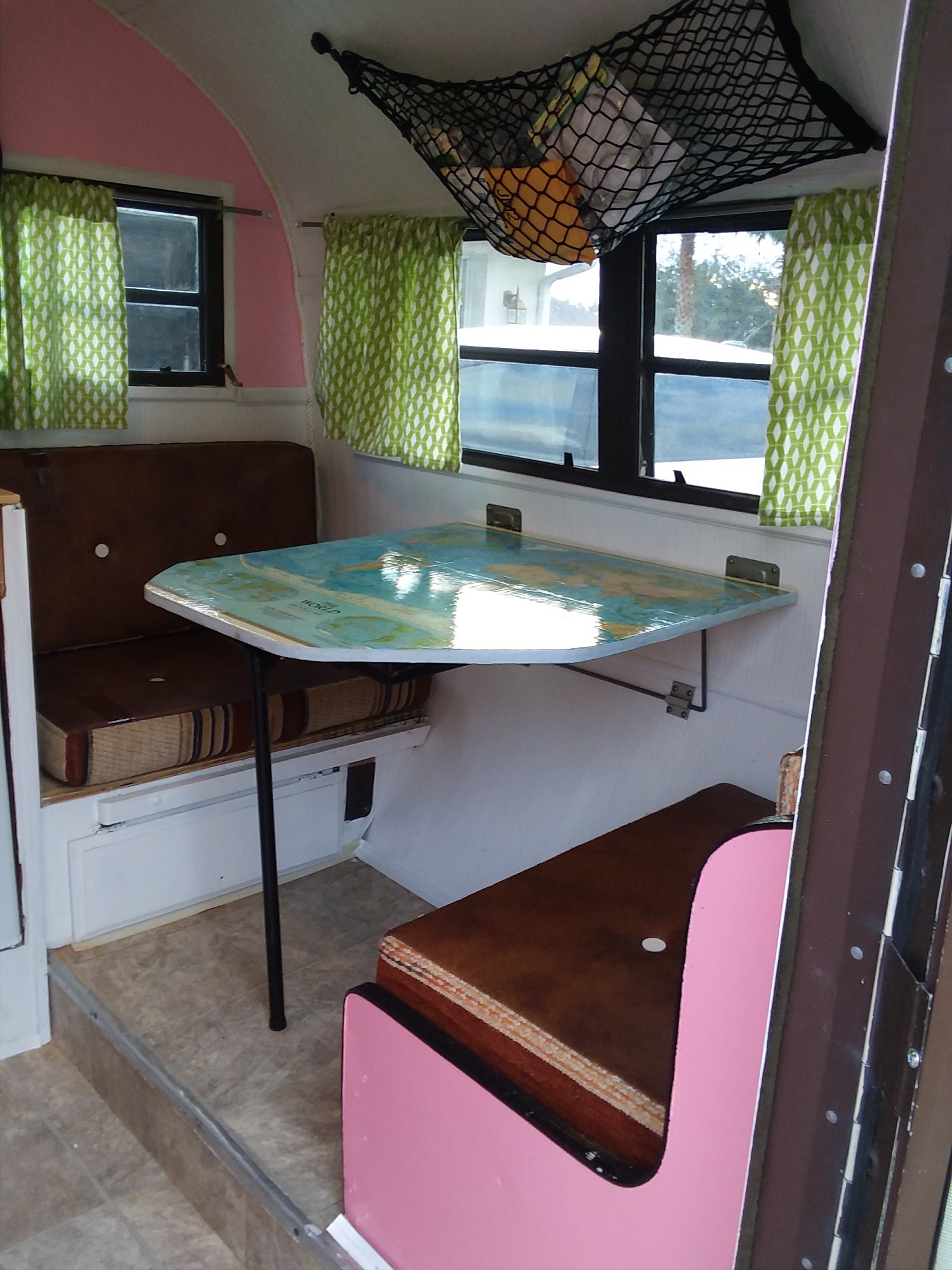 While there are benefits to traveling in a forty-foot behemoth with multiple slide-outs, automatic balancing jacks, rearview cameras, and all the other add-ons, a smaller, simpler rig might benefit folks new to campers like I was.

Learning to back into a camping spot is no joke, but their short length makes Scottys easy to maneuver. If you ever find yourself reversing into the trees—and I definitely did—just pull forward and try again; with a Scotty, it’s hard to go too far wrong. Likewise, there’s not much inside a Scotty to keep track of. They don’t have slide-outs or automatic anything, many, like my Honeybear, don’t even have bathrooms. This streamline simplicity means your couch is never going to get stuck halfway out and your water system will be less complicated than your average Lego set.

The NSSO website acts as a Scotty encyclopedia, providing inspiration for rebuilds, an extensive list of Scotty-friendly parts, and original manuals from the company’s four-decade history.  The group also organizes “caravans” and “camp-outs” throughout the year. In November 2018, the NSSO caravanned through Indiana, Mississippi, Alabama, and Kentucky, sharing more than 3,000 miles together. Campouts for 2019 and into 2020 are already scheduled. If you’re looking for a community with your trailer, buy a Scotty.