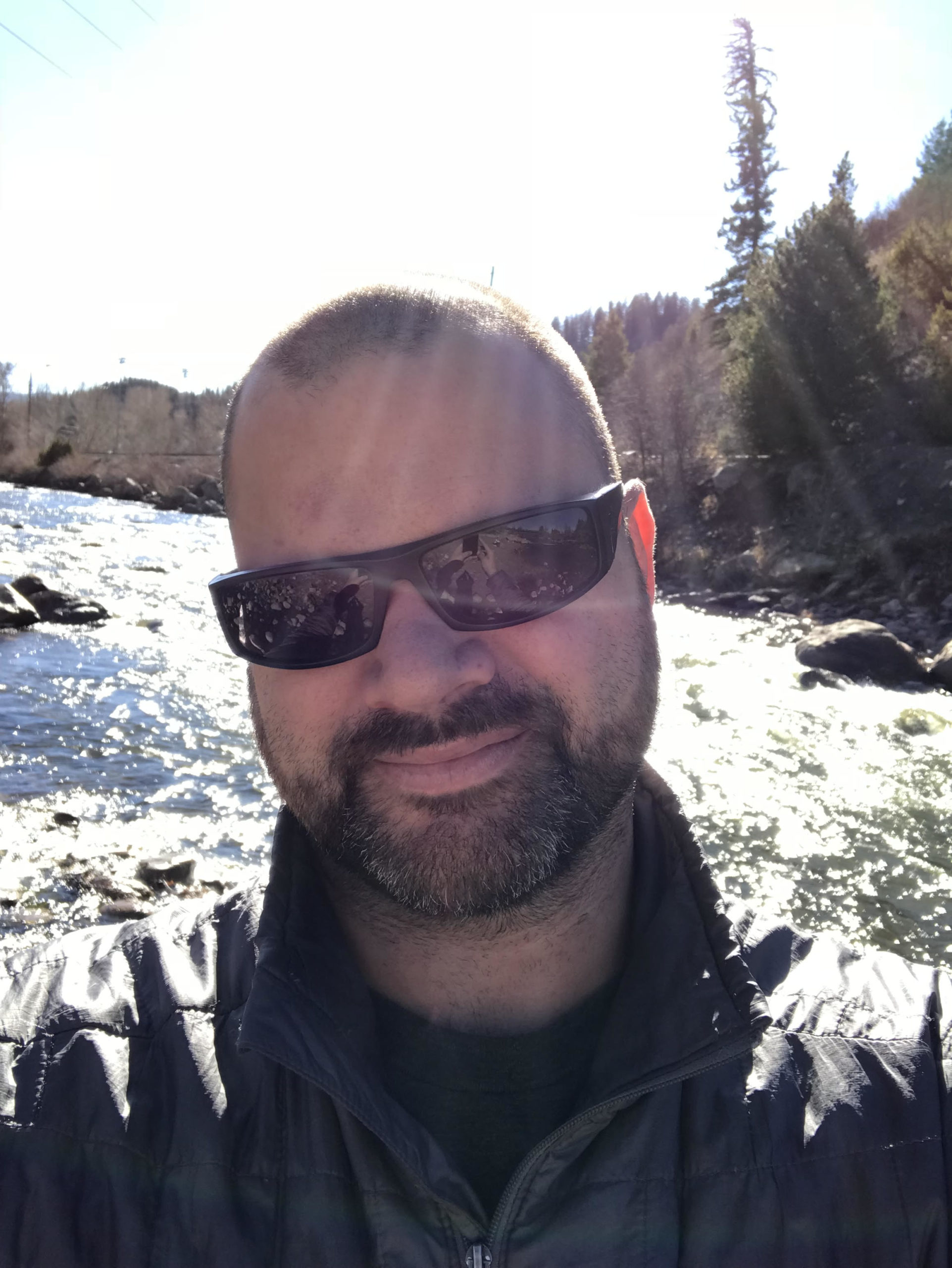 Owner of the Week: Matt Ransel 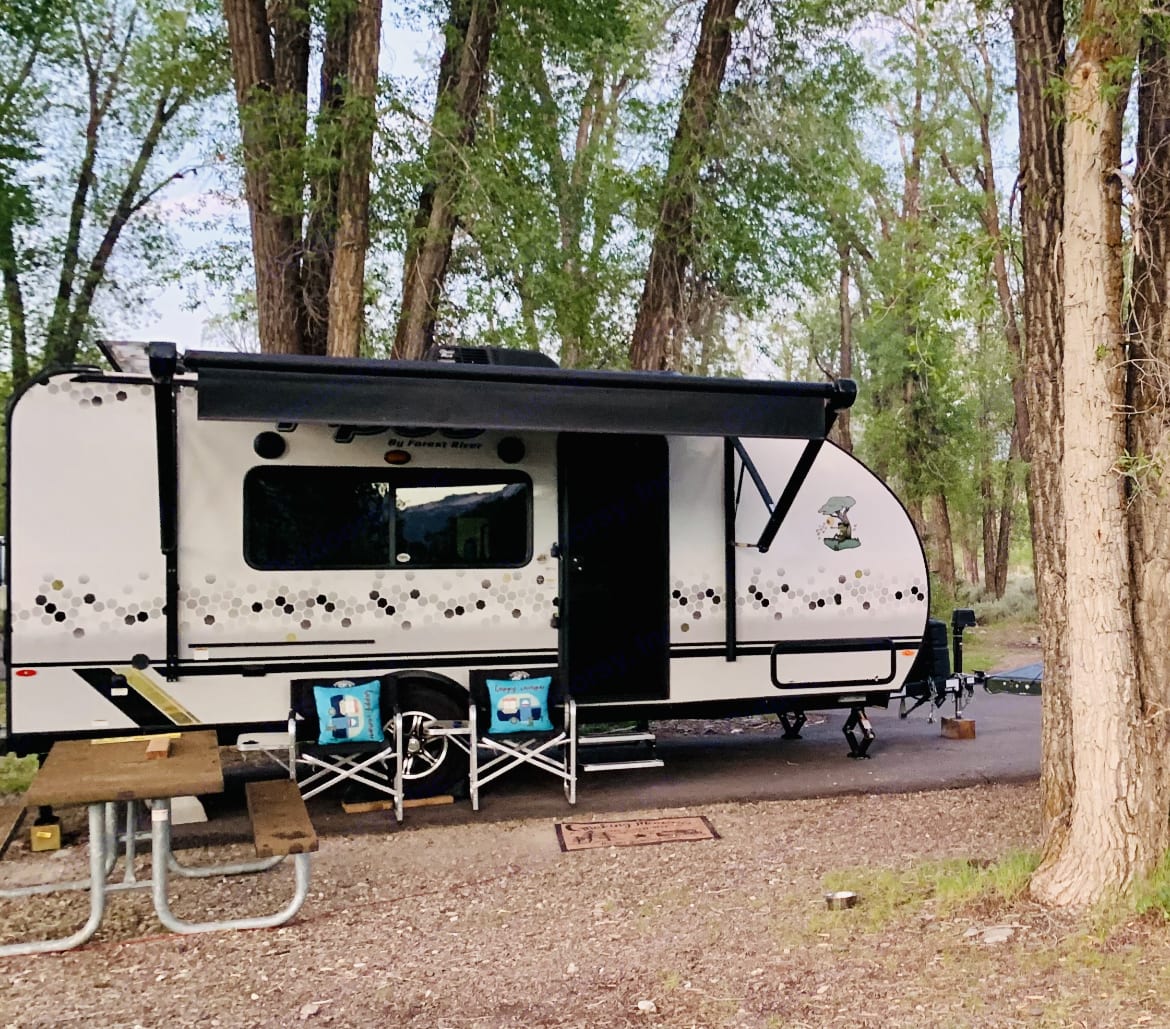 Owner of the Week: Lauren and Jesse Stuart 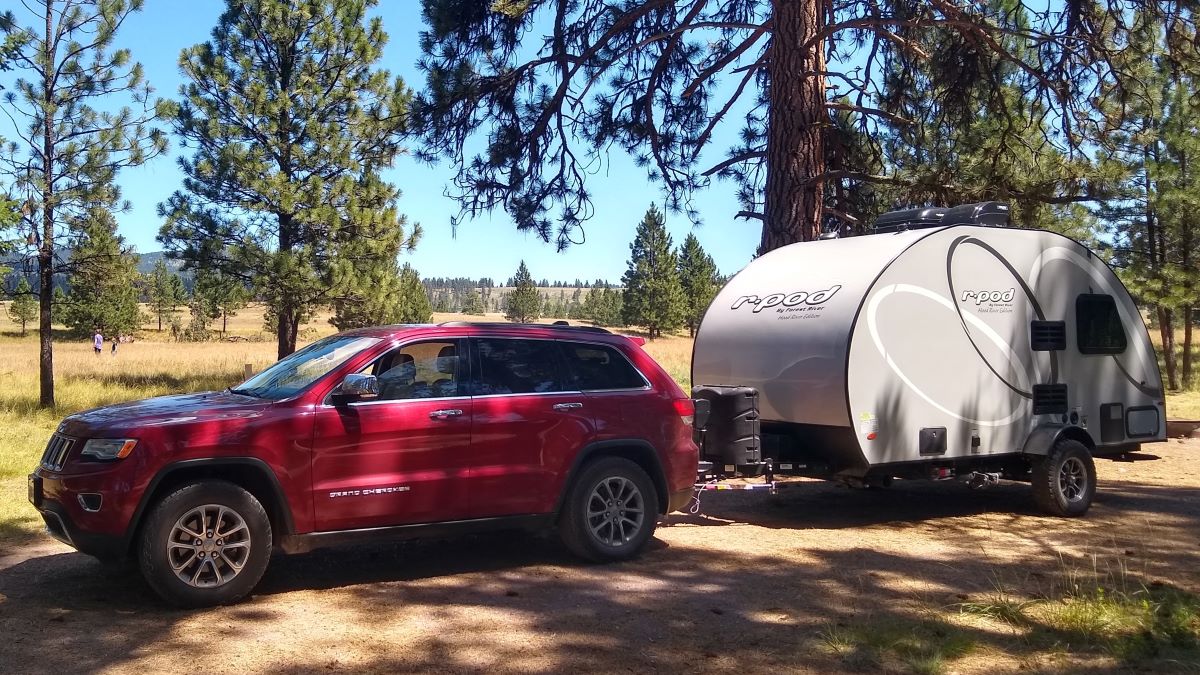 Owner of the Week: Mike Kneale

Yuba City, California residents David and Nicole Rubio have three things: a cute Jayco White Hawk trailer, an RV rental business called the Rolling Rubio Retreat, and above all else, hearts of gold. Much like other Outdoorsy owners, the couple rents their little trailer to families going on vacation, those exploring the world. But one thing that sets the Rubio’s apart is that their most meaningful rentals are to families with babies in the NICU (neonatal intensive care unit).

“Nobody wants to leave their sick baby,” Nicole says. So, the Rubios deliver their trailer to the hospital, exchanging keys with parents in need of a place to stay the night.

A beautiful idea is born

In full disclosure, the Rubios didn’t start their business with NICU families in mind. They stumbled upon the idea shortly after listing their rig on Outdoorsy.

“We sent a message to an Instamatch that showed up in our dashboard and the guy responded,” David says. “His baby was in the NICU and they lived an hour away from the hospital, and the commute was killing them. He learned the hospital had five full-hookup RV spaces, so he decided to rent our trailer for ten days. We gave him a deal after learning of the reasons he needed the trailer, and that’s how Nicole found out about the Aly and Izy Foundation.”

The Aly and Izy Foundation

“My friend’s sister founded The Aly and Izy Foundation after her twins spent time in the NICU,” Nicole says. “She saw the huge needs these families have. The foundation does numerous things to assist the parents of babies in the NICU, and we come in with the use of our trailer.” 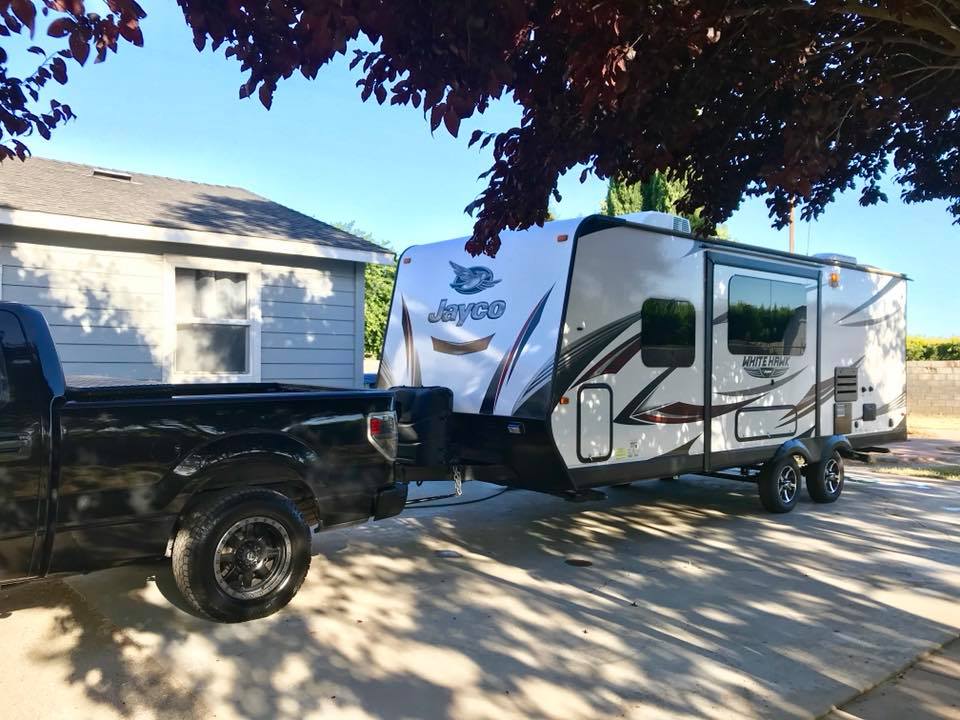 The couple doesn’t just rent out their trailer to these parents in need. They go above and beyond, doing everything in their power to make the parents’ stay as comfortable as possible.

Nicole gave us the rundown: “We offer a discounted rate and free delivery and pick-up for the foundation. I stock the refrigerator with water and other drinks, and put easy-to-make food in the pantry. I also have small storage containers that I fill with nuts, trail mix, crackers etc. They can bring these snack foods with them when they’re in the hospital, so they can spend more time with the baby.” 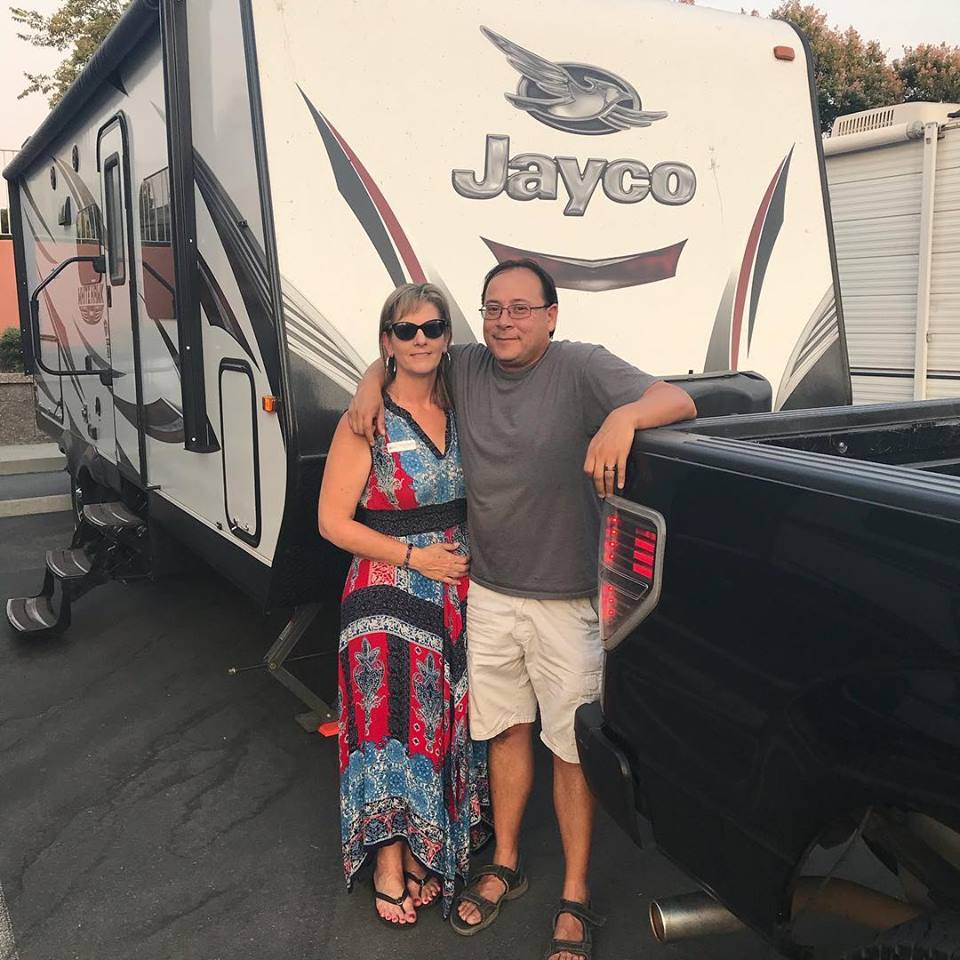 Renting their trailer has been a fantastic experience for the Rubios. So much so that they’re now working to expand their fleet.

This positive experience is due—at least in part—to Outdoorsy, and the couple was happy to share their positive thoughts on the platform.

“Two weeks after we listed it, we had our first booking. Since then, we’ve made a little under $2,500 through Outdoorsy,” David says. “I would recommend Outdoorsy, especially to friends who are thinking about buying an RV or trailer.” 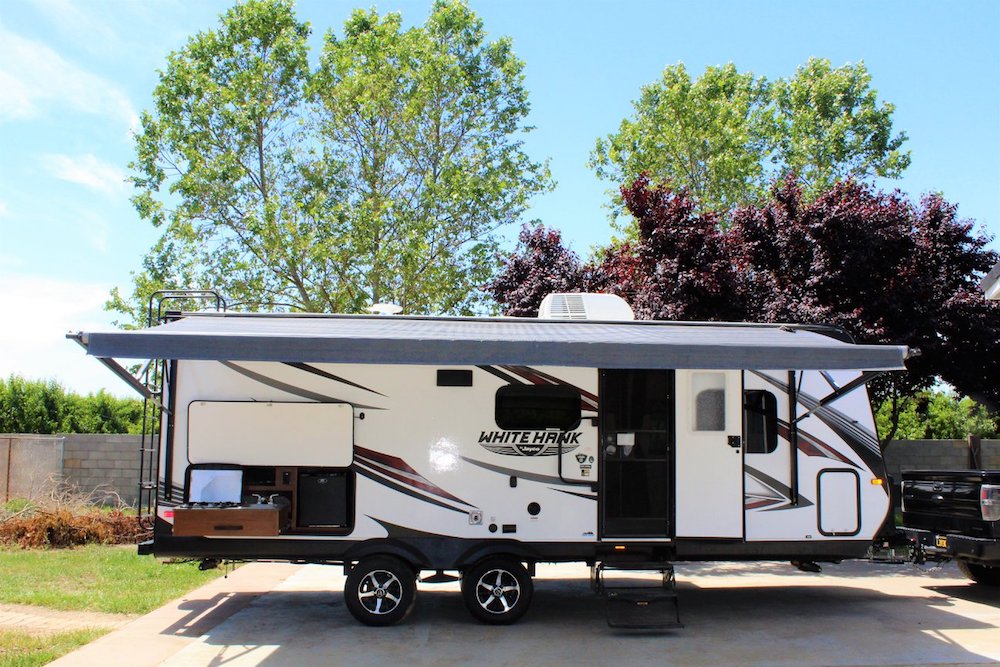 All About the Rubios

Nicole: “Whatever David puts on. He has the remote.”

Nicole: “Guessing where people are from and what they do for a career.”

David: “My cat watching me work on the Combi Camp.”

Nicole: “Staging items for a listing.”

Nicole: “I would love to take a cross-country trip and stop at all the corny tourist traps.”