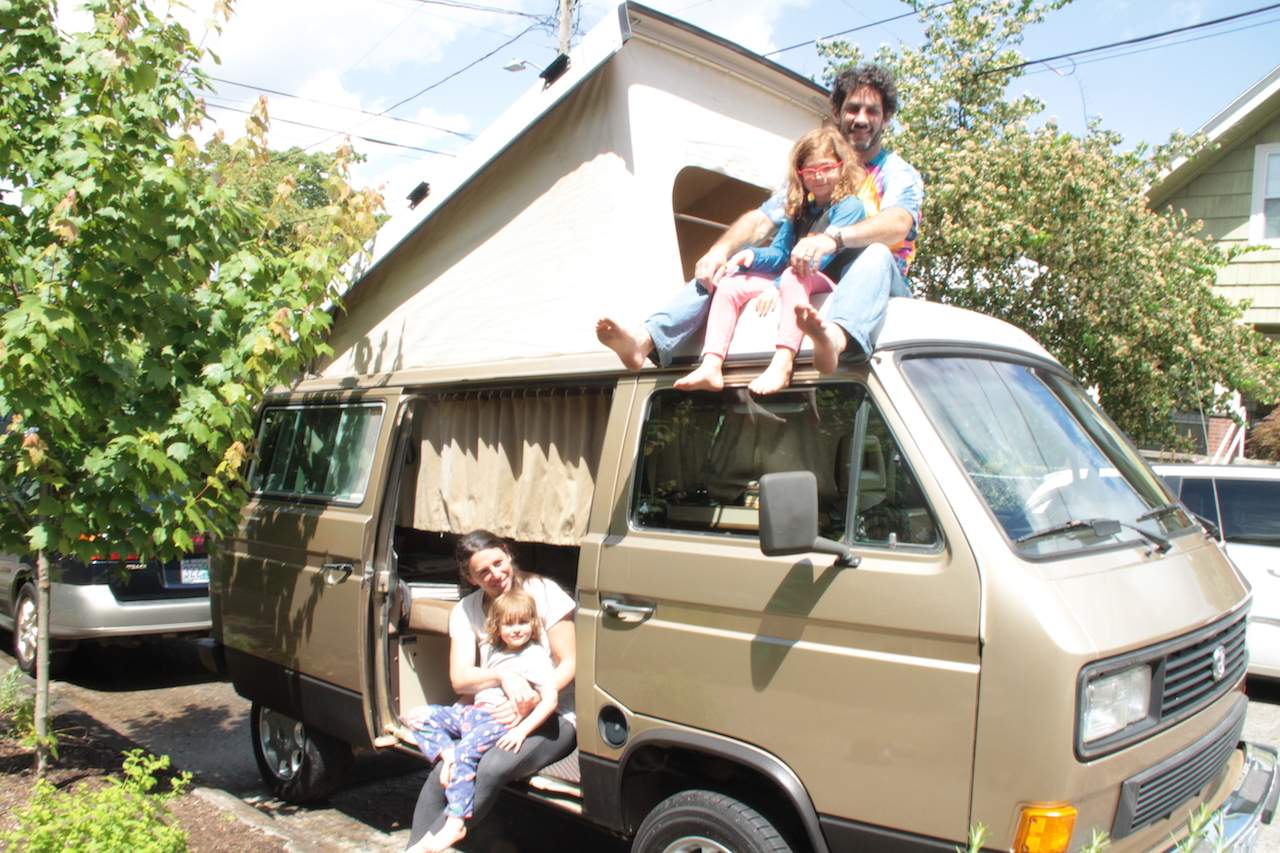 He and his friends took Brownie camping, to the beach, and—perhaps most importantly—it was the transport of choice to Grateful Dead shows. To Bodner, that van symbolized the sparkle and freedom of his youth.

“It’s therapeutic for me to drive the VW and listen to the Dead. It connects to all my feelings of being free, being on the road and being young,” Bodner says.

“I started following the Dead when I was in high school and fell in love with the scene,” he says, reflecting. “I saw my first VW Transporter bus at my first Dead show. My love for VWs is all tied up with my love of the Grateful Dead and hearing good music.”

A sense of childlike fascination

Ever since he was a toddler, Bodner has been tinkering with cars. His sister recounts how, even as a 2-year-old, Bodner would outfit his Matchbox cars with new paint jobs, fixing up his cars to suit his individual style.

This theme of tinkering and revamping has carried over to all three of the VW Vans he has owned since. Part of the appeal of van ownership for Bodner is that he gets to outfit the van to suit his needs. Often, he’ll add stereo systems, new cabinetry and VW branded accessories—everything from T-shirts to coffee mugs—to personalize his little piece of VW history.

Bodner’s second VW bus was a 1975 Transporter bus that he bought in Australia. At the time, he was courting his Australian girlfriend, Sharon Mendels, whom he would later marry. He called the 1975 bus Olive and the couple set off on an epic Australian road trip, crisscrossing the entire country.

Olive was a faithful four-wheel friend from Melbourne to Sydney, where the duo visited with Mendels’ family. The couple took off to see the Great Barrier Reef, then ventured all the way north to Darwin, stopping at Uluru—also known as Ayres Rock—to camp out and watch the sunrise over the sacred spot.

Bodner has fond memories of this first major month-long road trip with his future wife, learning all about her country and culture. Mendel also loved the trip, but is quick to recount a mishap with the engine that wound up stranding them smack dab in the middle of the country—in Alice Springs—on their way back to Sydney.

“He’d bought the van from kind of a dodgy guy, so I wasn’t surprised that the engine died,” Mendel says. “My auto insurance covered a few nights in a fancy resort since there was no place else to stay in Alice Springs—that was pretty sweet.”

Further down the road

The couple married and settled in Bodner’s hometown of Portland, Oregon to start a family. Even with the responsibilities of fatherhood, career, and home ownership, the music of the open road continues to play an ever-present part in their lives.

Bodner’s most recent purchase was a 1986 VW Westfalia Camper Van. “I could get away with the VW Transporter bus from the 1970s before we started a family,” he says, “but I had to upgrade to the camper so everyone would have a place to sleep—and for safety reasons.”

Although it’s safer than Transporters, the Westfalia didn’t come with factory-installed safety belts, so Bodner is fixing up his new camper—this one named Happy Camper—with seat belts, a roof rack for Mendel’s surfboards, and new LED lights.

Living out his van life, with family in tow

Bodner loves to take his kids Lucia, age 7, and Joshua, age 4, to music festivals throughout the Northwest. Having a private, quiet space to sleep and an indoor space to cook makes festival-going with young children much more comfortable.

Bodner says he hopes to instill a similar passion for live music in his children as he had for the Grateful Dead.

The family will soon take Happy Camper to the beach so Mendel can indulge in her surfing passion without the expense of renting a beach house. “I love camping and hiking and being outdoors and the Westfalia will help us do more of what we love,” Jeremy explains.

Ideally in the near future, he and his wife hope to take their kids out of school for a few months to see the country on an educational road trip—to give their children the opportunity to experience the wonders of living a van life first hand.