Sometimes you just have to jump in feet first and go with the flow. That’s what owner Jeanne Duval and her husband Paul have learned through their RV experience.

“We had toyed with the idea of buying an RV for a long time,” Jeanne says. “We enjoyed going on road trips in our 12-passenger van, but traveling with six kids is quite expensive.”

After talking about it, they decided to look at a few options.

“We walked into the Sightseer and it felt like home,” she says. “It made sense, but still felt crazy. After pushing through the anxiety of doing something out of the box, we bought it.” 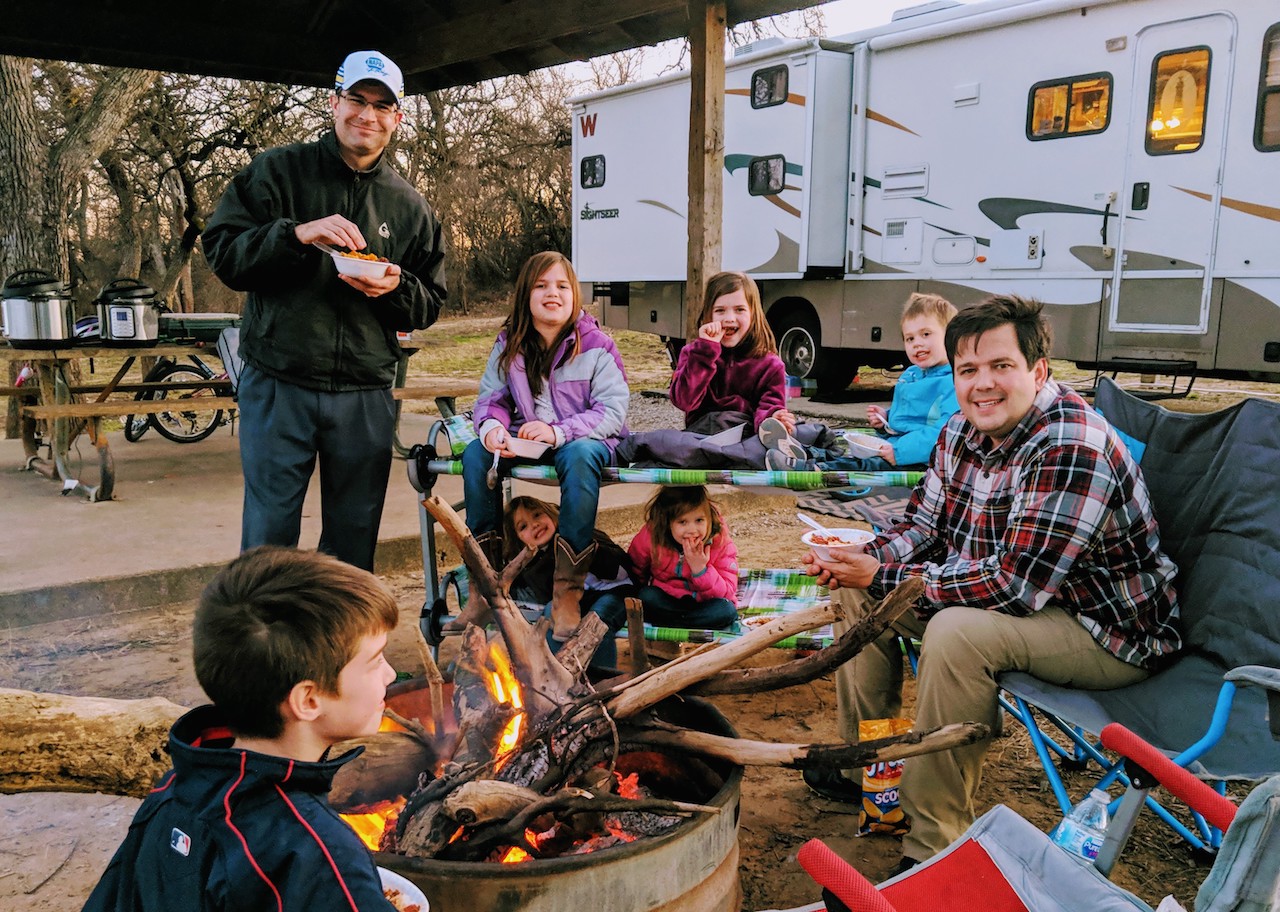 Since then, the crew has made dozens of wonderful memories.

“I think one of our favorite memories camping would be our first trip we ever took,” Paul says. “We had just bought the Sightseer but had no idea about the community and lifestyle that were out there. We had a blast camping, meeting new friends, and just spending quality time together without distraction. We went home genuinely shocked that we had missed this whole world of adventure for so long!”

The family eventually decided to start renting their beloved rig.

“We kind of walked into renting by accident,” Jeanne explains. “We had talked about renting to friends who also had large families, but didn’t think we would be comfortable renting to people we didn’t know. We started doing research and quickly found Outdoorsy and all that it offers. I tentatively listed it and the booking requests started pouring in. After scoping them out a bit, we decided to try a few — and we’ve never stopped.” 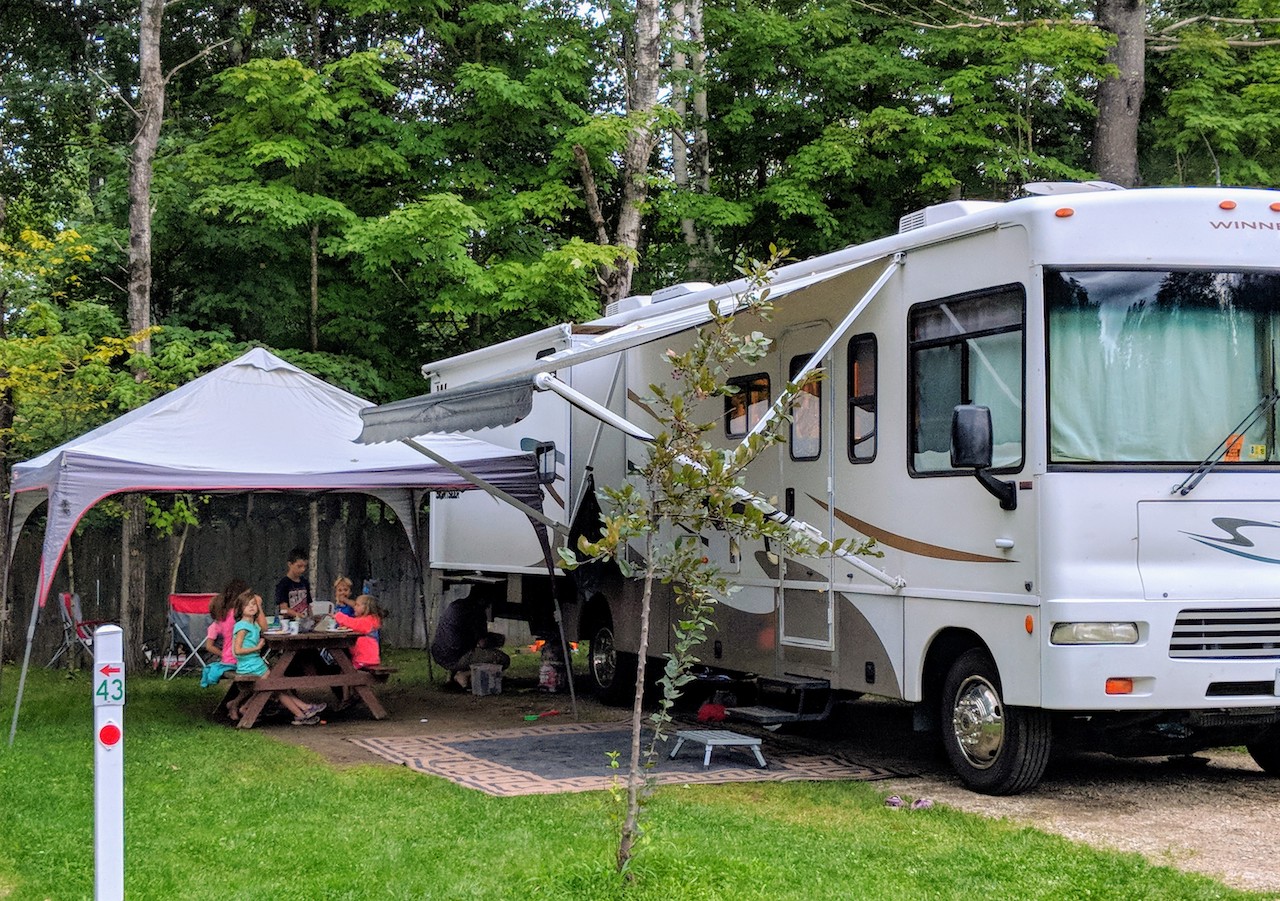 Now their first RV is traveling more than they are, and the family can’t take nearly as many trips as they might like. Some people would start renting less, but the Duvals — having had a good experience with taking a leap in the past — decided to purchase a second rig instead.

“With the Sightseer being gone so much, we got tired of not being able to use it when we wanted it,” Jeanne says. “So, we crunched the numbers and figured that if we rented the Sightseer half of every month during the season, it would pay for two RVs.”

“We happened across exactly what we wanted at a fantastic price, held our breath, and jumped. For the second time, it was completely logical but felt insane. We don’t plan to rent the Outlaw (the second rig), as we are customizing the garage in it to be a bunkhouse for our kids, but we are talking about slowly growing a fleet if the demand continues. We have yet to pay a single penny for either RV.” 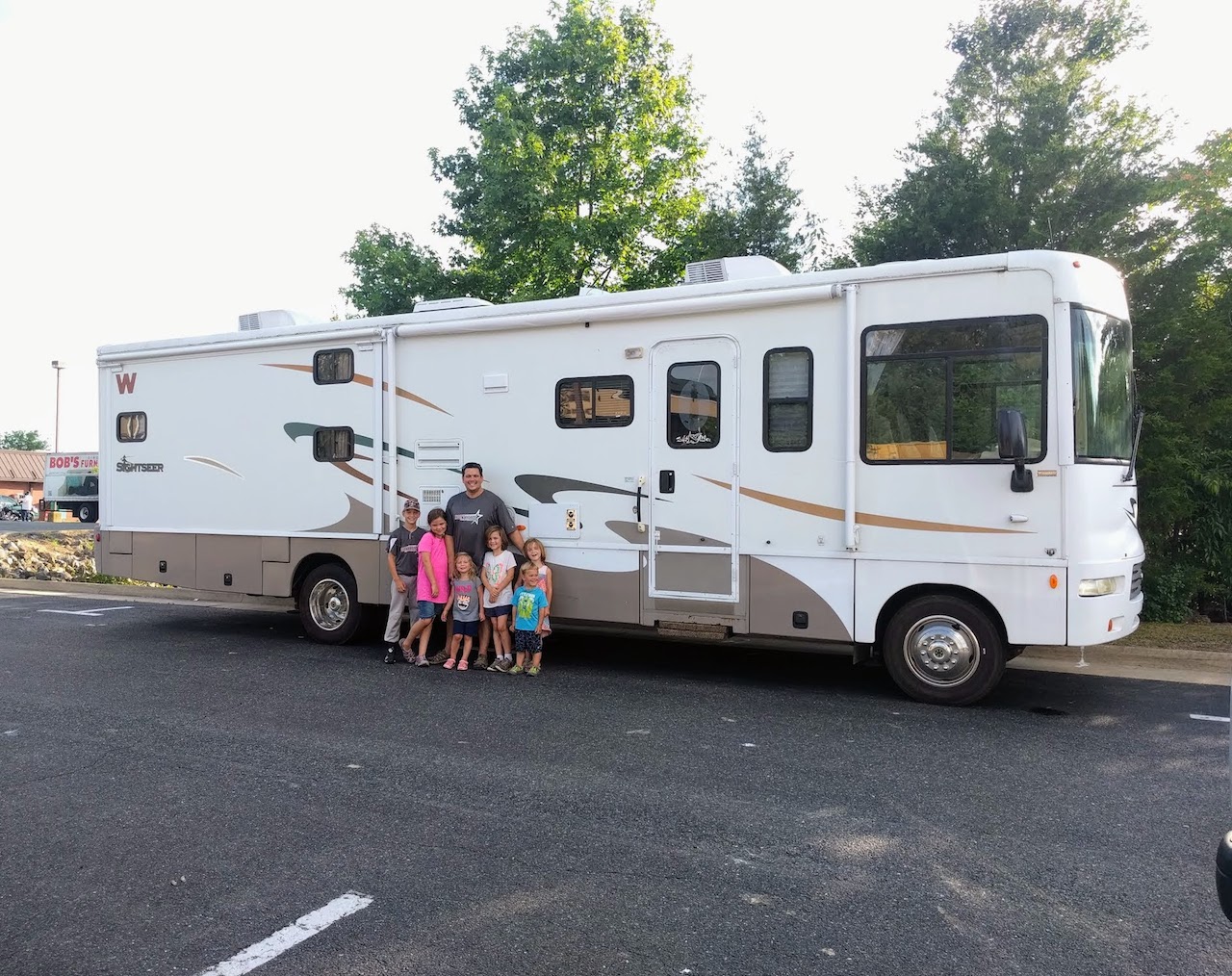 “Outdoorsy has done a fantastic job supporting us in our rentals,” the entrepreneurs gush. “Their insurance policy puts our minds at ease, as well as their general interest in making sure money owed is received. Even with difficult renters, they have been very quick to back us up and get done what needed to be done. We had our first renter almost immediately, and although we have only been on Outdoorsy for 8 months, we have earned over $6,700.”

In addition to being a great source of side income, the Duvals have also made some awesome connections with their renters.

“One family went up north, and another family spent 10 days going around Virginia and North Carolina,” Paul says. “When they returned, it was fun watching their faces light up as they told us about the experiences with their families and the shock of not knowing this RV world was out there. It was exactly the response we love to get!” 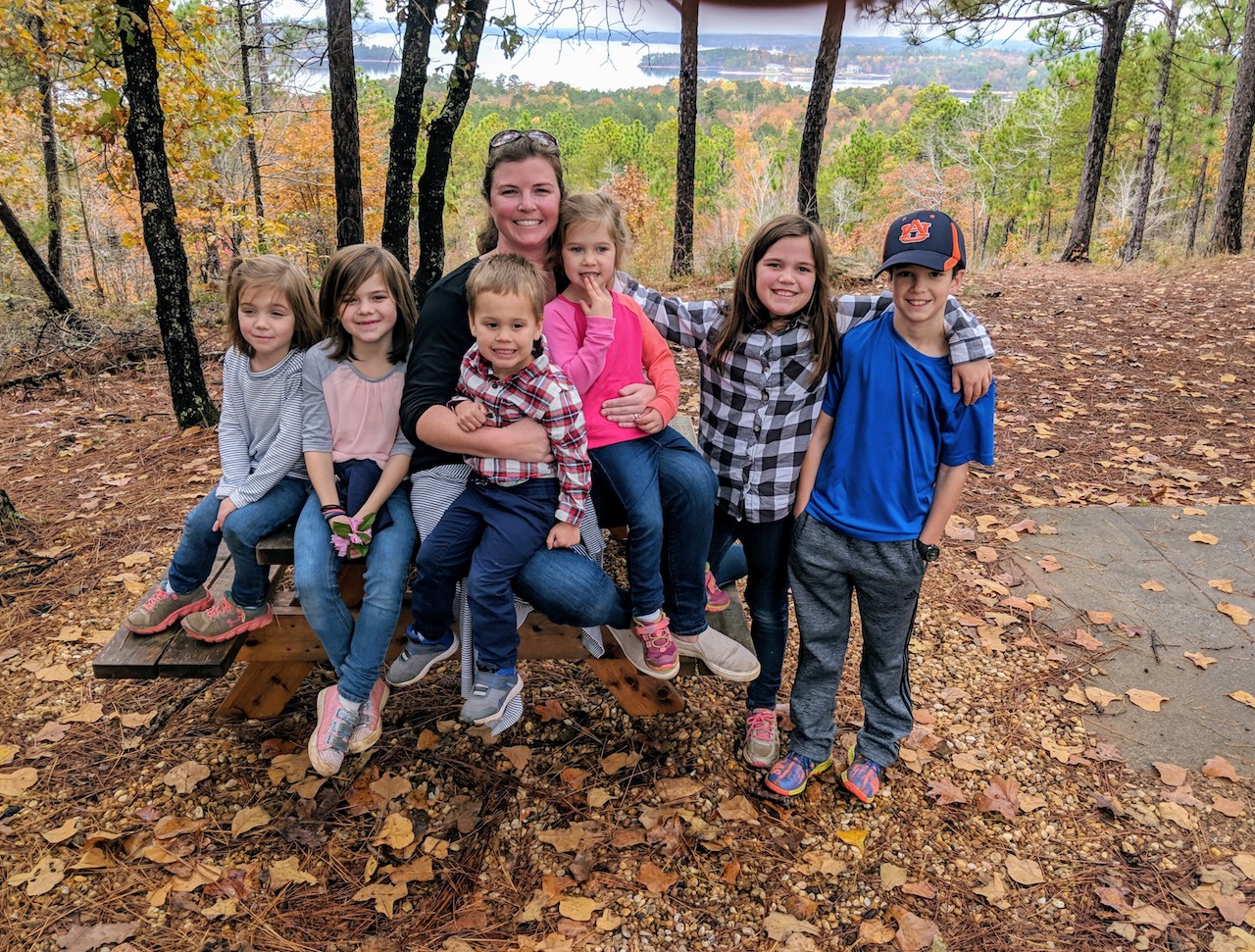 All about the Duvals

Music you like to play on the radio:
“Country and ‘90s Alternative”

Best game to play on the road or at your campsite:
“Rack-o”

Last photo you took:
“Paul and the kids washing the RV to get her ready for rental season.”

What’s your Outdoorsy spirit animal?
“Panda bear – even though they have claws and teeth to protect themselves, they focus on relaxing and having fun.”

If you could travel anywhere in an RV, where would you go?
“Alaska”

Chelsea Gonzales enjoys full-time RV living and traveling with her tiny family. She uses her passion for writing to make a living while exploring.
Wonder Wherever We Wander
Previous Post « 5 Under-The-Radar National Parks To Explore This Year
Next Post 7 Spectacular Sunrise Hikes In The U.S. and Canada »