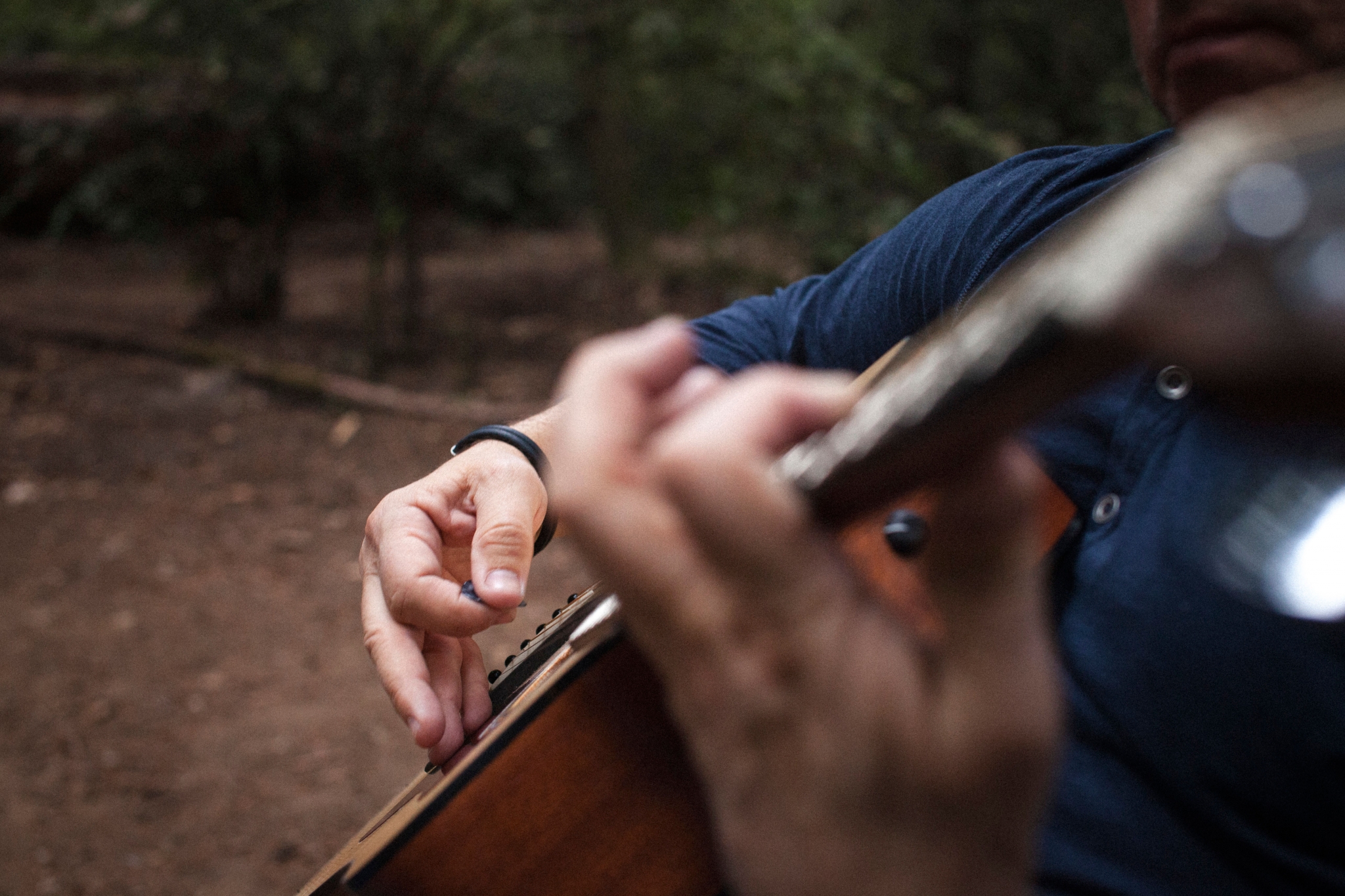 Kid-friendly activities around the campsite 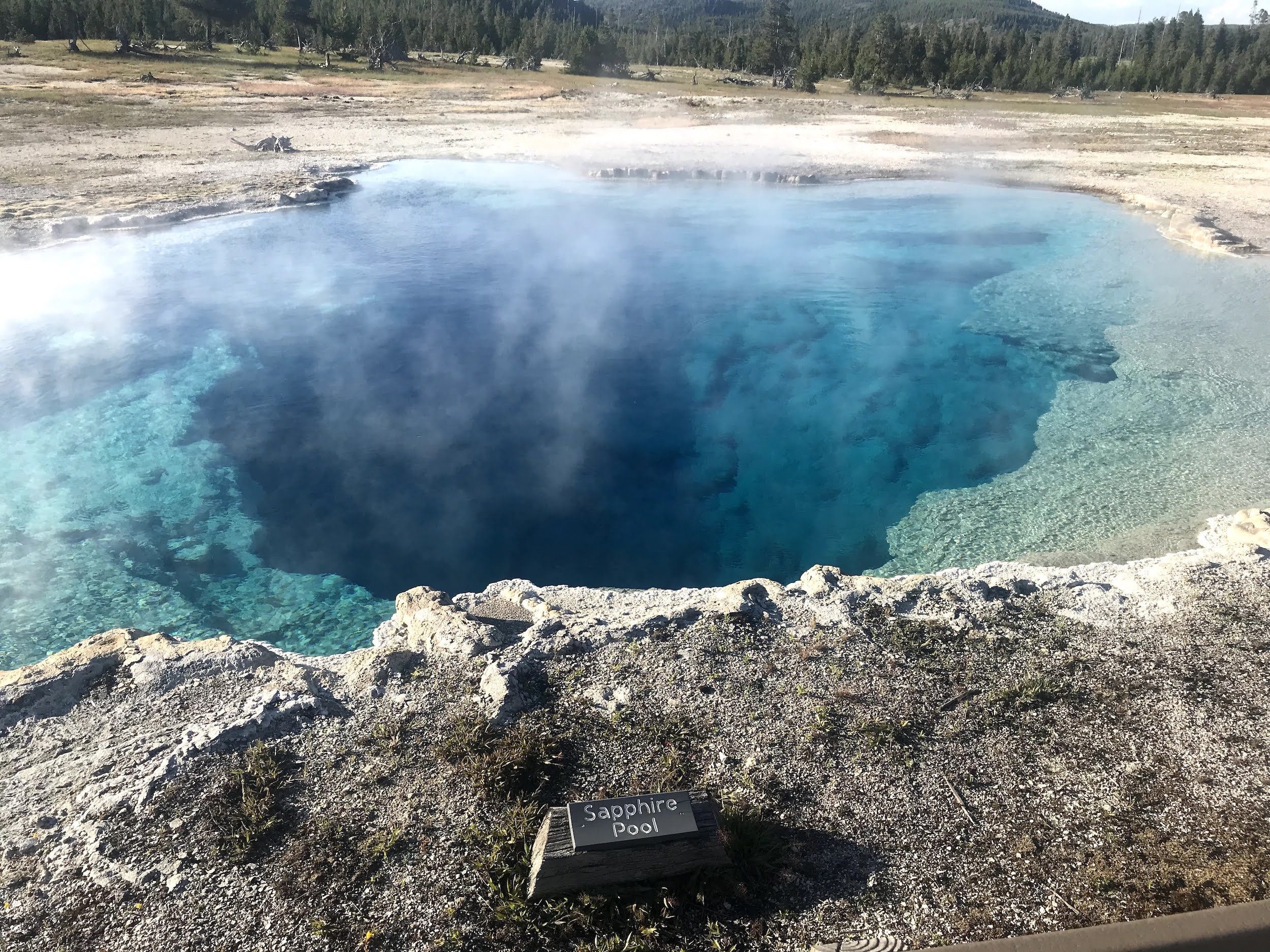 During our phone call, Meagan Carr is pacing up and down a driveway on her cousin’s land in rural Texas. The signal is spotty, but if she stands in just the right place, her words come through clearly, revealing her bubbly and candid personality.

“Trees and grass,” she says, describing her surroundings. “And the temperature is Texas-hot right now. We are hanging out in the hundreds pretty much constantly.”

Maybe the heat wouldn’t be such a significant detail if she lived in a house like some 67 percent of Americans do. But Meagan lives in a skoolie—a renovated school bus—with her husband Spencer and their two children, with a third on the way in January. As if that weren’t already a full house, they have two dogs and two cats to boot.

“I love it,” she says of her family’s life in a skoolie. “I mean, this is exactly what I wanted.”

That’s right—the Carrs chose this lifestyle, although it didn’t start out as planned. In 2016, they bought a school bus with the intention of living in it, but some unexpected events threw off their conversion plans. When it came time to move into the bus, it wasn’t ready yet.

“We didn’t have anything in the bus,” Meagan recalls. “We had a ceiling and we had a subfloor, and that was it.”

No sidewall insulation, no sink, no stove. The family moved into a shell of a bus. Things got busy at Spencer’s job, and by the time he got home each day, he was too exhausted to work on renovations. Then one day, Meagan had had enough.

“I got tired of all of it,” she says. “I picked up a circular saw and drill and some lumber and started messing around trying to learn how to use these tools. And then I built the rest of the bus.”

Step inside the Carr’s bus

Today, the Carr’s skoolie conversion is almost complete. Although its exterior retains its bright yellow paint, its interior has transformed into a stylish and inviting tiny home fit for the pages of a magazine. The ceiling is lined with blue-stain pine wood—the most labor-intensive part of the build. “Everytime I see it,” Meagan wrote in an Instagram post, “I am reminded that hard things can be done.”

To top it all off, she installed LED strips along the ceiling that are voice-controlled by Alexa, and lithium batteries that hold a charge for six days straight.

She’s put a lot of her own elbow grease into the renovations, but Meagan is quick to credit the “skoolie family” that helped her along the way, such as a carpenter friend who taught her how to properly use a table saw and another friend who helped her put together the electrical system.

“I would not have been able to make it to where I am without their patience and their guidance,” Meagan says. “Sometimes I get a little emotional when I think about this,” she adds.

Even with its big changes, the bus is still a work in progress—the Carrs are even considering starting over with a remodel. And although it lacks dividing partitions and its air conditioning is limited, Meagan says she wouldn’t have it any other way.

Why? Because, she says, living in a skoolie has changed her life.

An interior transformation—for the bus and its dwellers

Before buying the bus in 2016, Meagan’s life looked completely different. For starters, she and her family lived in a three-bedroom condo. But beneath the exterior, Meagan was battling anxiety and depression so crippling she struggled to set foot outside her house.

“This cheery person you’re speaking to did not even really exist back then,” she says.

On top of that, her daughter Chloe’s behavior became increasingly difficult to handle.

“She used to be challenging, very challenging,” Meagan says. “She screamed a lot, and when she got older, it didn’t stop. It just got louder.”

Meagan and Spencer didn’t know what to do, until one day, they noticed something: On the days when Chloe spent time outdoors being highly active, she was much calmer the next day.

“Everything changed,” Meagan says. “We moved into the bus and she was always with me and she always had more of me. She was outside playing constantly and running.”

“She became a lot happier. So much happier,” Meagan says. “And I stopped feeling so guilty all the time for something I didn’t even know what I was feeling guilty for.”

For Meagan, building out the bus was a sort of therapy, a concrete way of proving to herself what she was capable of. She had never even used a power tool prior to buying the bus.

“I made it past all of those challenges,” Meagan says. “You can’t down yourself when you have actual proof that you are not that person that you want to call yourself.”

With every nail that was hammered and every piece of wood that was put into place, she pieced together a new interior disposition.

“I’ve come a long way since that person—that shell of a person—that I was sitting in my apartment hiding from the planet,” she says. “When you can build a house, you can do anything.”

What’s next on the Carr journey?

As much as Meagan loves living in her bus, she’s eager to take it on the road. Because Spencer’s job is stationary, the family is too—at least for now.

“Eventually we do want to travel full time,” Meagan explains. Right now, they’re looking into creating a more mobile lifestyle, which means finding a way to make money while traveling.

“I should’ve put more thought into that,” she admits. “But I was so busy trying to figure out how to build a house that I didn’t even—I couldn’t think about that at the time.”

Holding still while living in a home that has wheels and an engine is tough, especially when Meagan sees so many of her friends on the road making it work. But she acknowledges that having kids adds an extra responsibility.

“We have to make sure that our kids have what they need,” Meagan says. “So we can’t just take off and be reckless and drive into the sun and see what happens.”

Why the Carrs chose the skoolie life

With two young children and another on the way, one might wonder why now? Why would Meagan choose the skoolie life now? To start, Meagan explains she chose a school bus over an RV for safety reasons: School buses are built inside rugged metal frames while RVs are typically made of lighter fiberglass.

And for those wondering why Meagan didn’t wait until the kids were grown, she says that’s exactly what she’s trying to avoid. While taking her skoolie on the road for trips without Spencer, she met a lot of retired RVers whose regrets taught her a lesson.

“They regret not having the family together while they did it,” she says. “They want to show their kids their adventures and stuff, but their kids are grown and doing their own thing, and they don’t wanna go; they’re busy. So I’ve heard a lot of regrets. Regrets from retirees about not doing it sooner.”

Even though she wishes they traveled more, Meagan is soaking in all that she has right now. For example, when she lived in a multi-room house, she hardly ever saw her husband or kids.

“Now we’re always together,” she says. “So I actually know my children.”

Any advice for families who want to live the skoolie life? Meagan says to make sure you have skoolie insurance, that you have mobile income, and lastly, to not be afraid.

“It’s gonna be okay,” she says. “Everything’s gonna keep going and you’re gonna find yourself at the other end of this with a completely different outlook on things.”

“The skoolie life is really worth it,” Meagan adds. “It’s not for the faint of heart, but it is worth it.”