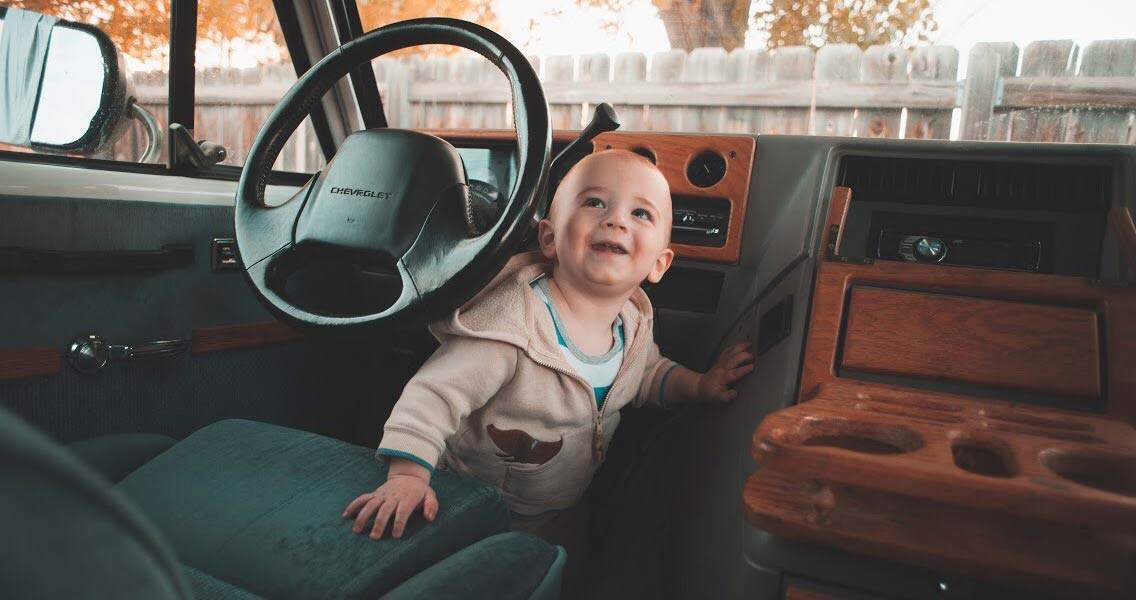 Traveling, With Baby In Tow

Outdoorsy Mapped – RV Rental Adventures From Around The Country

Living and traveling via van with a kiddo isn’t always easy, but Susannah and Mikey De’Angelo know that it’s worth it. Harrison, their two-year-old son, is the third member of their family—and the couple has adorably nicknamed their trio the “full time dream team.”

Harrison’s age hasn’t been a barrier to their travel, although it does come with its own set of challenges. On the contrary, the De’Angelo’s ability to show him the world is one of their main reasons for traveling in the first place.

The decision to live on the road and travel full time was made while Susannah was pregnant. At the time, the De’Angelo’s had what most would call a traditional and comfortable lifestyle. They got married after college, moved to Utah for work opportunities, settled down in a home, and started planning for a family.

Fast forward a few steps and they realized their house didn’t feel like a home. The work, eat, sleep, repeat routine was wearing them down.

“It almost felt as if we were checking off some life checklist that would turn us into ‘responsible adults,’” Susannah says.

Soon enough and unbeknownst to them, fate would intervene and shake them off the routine path they were on. Mikey lost his job and the couple was suddenly without income, not to mention insurance, on top of an impending due date for their first child.

While it may sound like chaos, their turn of events turned out to be exactly what the couple needed to change directions. Their current lifestyle was working out OK, but they knew something—actually, everything—needed to change.

“We wanted to try something new and reject the normal pathway,” Susannah says. Full-time travel had always been a dream and they wanted to design a lifestyle around the things they really enjoyed: the outdoors, travel, photography, and family.

So they did something most might call crazy. They sold everything they owned and bought a 1996 Roadtrek 210 Popular. Neither of them had experience building out a campervan, but they soon realized there were a lot of things they would need to work on.

It took six months of work, determination, and countless hours spent researching questions on Google and watching YouTube videos to fix up the van themselves.

“Everything ended up OK and held up fine, but it’s not grade A craftsmanship by any means,” Susannah explains. “A lot of things in our van are that way and show their DIY nature.”

To christen the van into their family, they gave it a nickname of its own—the Full Time Dream Machine.

Ready to hit the road, they left Utah in spring 2017 with the intention of traveling the U.S. and visiting each of the 59 national parks. Even though it’s what they wanted and planned for, Susannah confides stepping into that unknown experience was scary.

“We kinda just did stuff and then expected the universe to help us out and make things work,” she says. “If I could go back, I would have tried to be a little more prepared financially and emotionally. It was one of the most spontaneous, crazy things we’ve ever done, but once we decided to do it, we just did it and figured things out as we went.”

One of the main things to figure out was how to navigate long-term travel with a baby. Their maiden voyage to Joshua Tree National Park was the first real test. Routines could be easy enough to create, but things like teething and sleep regression would throw it all off. Creating a consistent work schedule on top of all this posed a challenge as well.

Before packing up and hitting the road, the De’Angelo’s started an online business so they could create income while traveling. Leveraging the power of social media ads to market products and services, they could automate tasks and make a full-time income working less than 40 hours a week.

So what’s it like to balance traveling, marketing, and being a parent?

“It’s a lot of switching off between who has Harrison while the other person is just trying to pound through work,” Susannah says. “It’s a huge challenge to try and visit new places and create content with a baby’s schedule. Sometimes he gets mad and needs to nap in the middle of the day or we’re trying to film a video and he’s just not having it. Sometimes our days are shot and it’s extremely challenging. We just try our best, but it’s really hard.”

Through the experience, the De’Angelo’s have realized that kids are more adaptable and resilient than we give them credit for. They saw it first hand when they were figuring out where Harrison should sleep. They tried a pack-and-play, but found it frustrating to set up and break down in such a small space. Through trial and error, they found that he slept best simply on the van floor—with a little makeshift bef, of course.

With a baby in tow, they find comfort and community in the stories of other families also living the van life. They’ll meet up for a few days, share stories and advice, and check in on each other after they go their separate ways.

For families thinking about living on the road with infants or young children, Susannah advises taking a lot of weekend road trips first. “Test it out and see if you really want to do it,” she says. “Don’t just buy a bus or van and spend a year renovating it and then realize ‘Uh-oh, this isn’t going to work.’”

Through their own adventures, lessons and experiences on the road, the De’Angelo’s hope to inspire other families who find themselves feeling unsettled by how settled their lives have become. They hope to encourage others out there to make a change and take a leap of faith. In other words, to stop dreaming and start doing.