Why You Should Try Vanlife Before You Buy

How Much Does It Cost to Rent an RV?

Where to RV in Wyoming during the Off-Season

My husband and I have been living and traveling in a campervan for a little over two years. When we first heard the term “vanlife,” it seemed like an impossible dream; but we kept seeing more and more references to it.

We couldn’t get the thought of working remotely, visiting new places, and crossing every state line out of our heads. We knew it was something we wanted to pursue, so we began taking steps to make it happen. 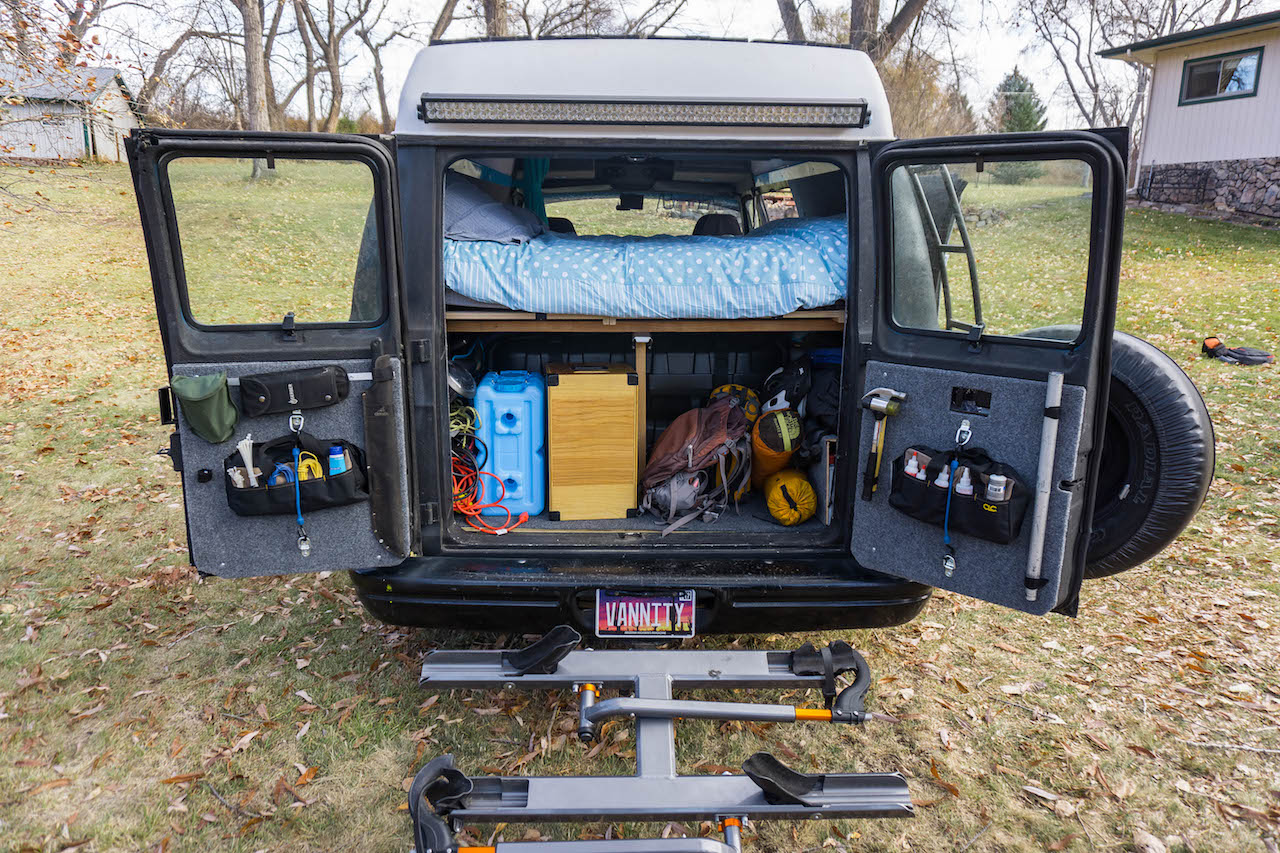 The logistics of building a van were more than overwhelming at first — and we both had different visions of what our travel lifestyle would look like. Regardless of the details, we jumped all in. We spent nearly $8,000 buying an old Dodge van on Craigslist and building it out with relatively little research. Then we hit the road.

In essence, van life is all that it’s cracked up to be. It’s fun, adventurous, and you get to wake up every day in a new place.

While we wouldn’t trade this experience for the world, there was a bit of a learning curve that could have been avoided — especially with our van build. 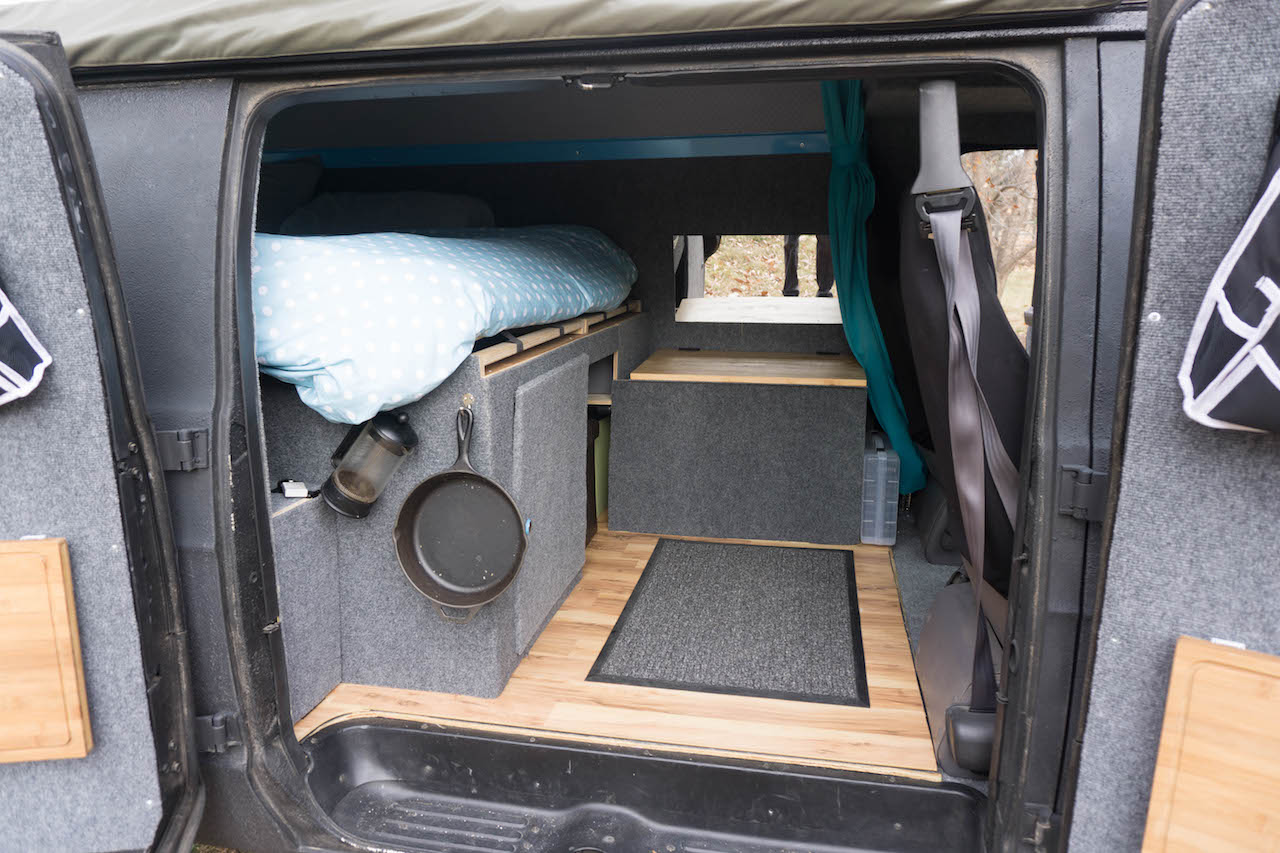 Just a few months into our trip, we started complaining to each other that there was no good place to sit and work. As it turns out, we both had avenues for working online, so an indoor surface where we could avoid the rain and harsh sunlight turned out to be a big deal.

We had neglected to build bug nets for the summer, and we hadn’t even considered the amount of space dirty laundry would take up. It was a constant state of disorganization.

Our van needed a layout remodel.

So, just a few months in, we parked in a friend’s driveway, ripped out most of the interior and re-configured it. 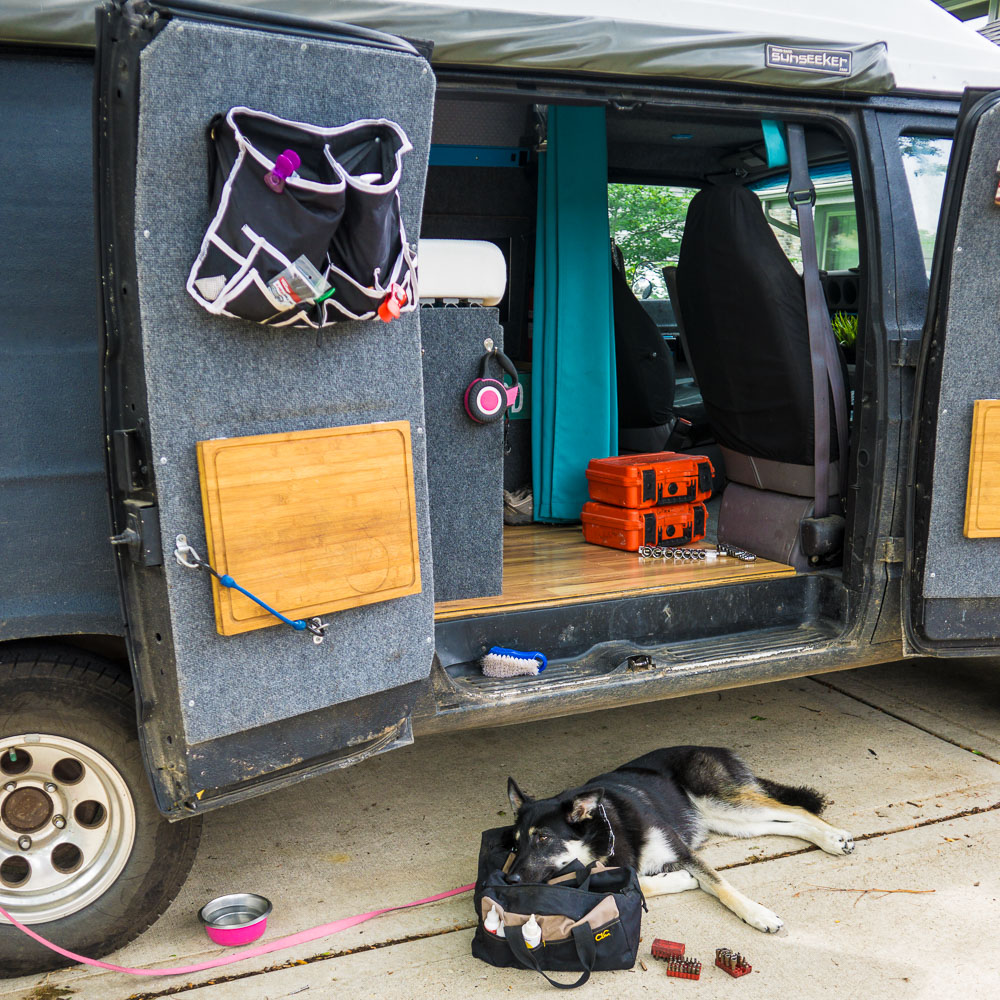 We didn’t know what we wanted

Living in a van is all about adaptability. And while our first layout may have worked for a few weekend trips, it became more than an annoyance after a few months.

Part of the problem was we never sat down and discussed what our day-to-day lifestyle was going to look like. The other problem was, neither of us had ever camped in a van before. Of course we wouldn’t know what to expect!

Looking back, our initial mistakes seem obvious. But there’s no way we would have known how important a table was for our lifestyle until we hit the road.

Unfortunately, this seems to be a common trend among van lifers. Everyone is so excited about what type of insulation to use and how much solar to install that few people step back and do a test run.

Building our van right the first time would have saved us a lot of money — not to mention energy. 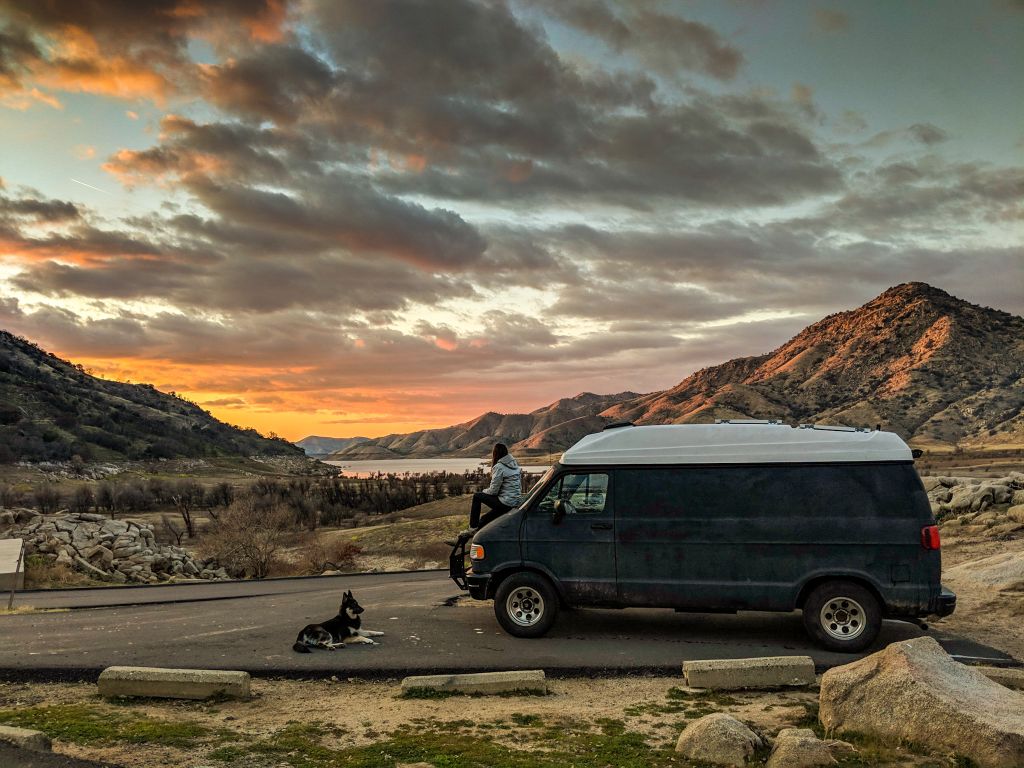 Try before you buy (or build)

Now when people tell us they want to live in a van and don’t know where to start, we tell them to test out the lifestyle first. Whether that means throwing a sleeping bag in the back of your Honda Element, or renting a fully converted vehicle.

You will easily learn more about yourself in one weekend of van camping than watching YouTube videos for a month.

Do you need a shower in your van? Or standing room? Or a sink?

People vary so much in their preferences that it’s difficult to give any recommendations before they have a baseline. There were a lot of things that we thought we needed before we hit the road, but didn’t even notice were missing.

Take mountain bikes for example; we built enough space to store them inside the vehicle. As it turns out, hiking is something we ended up doing more frequently and it’s space-friendly.

Vehicle height is another thing we hadn’t considered. It’s one thing to want the tallest van you can stand in; it’s another to have to maneuver that camper around. 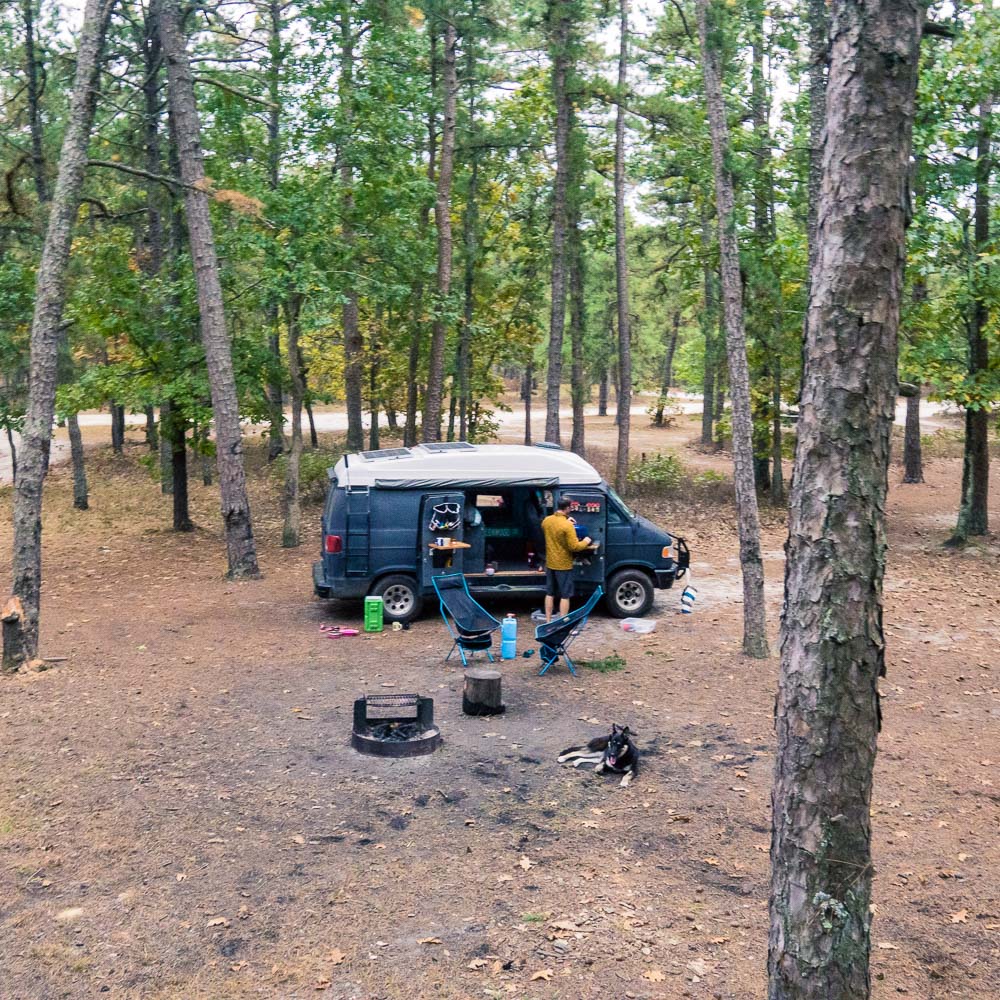 Learning more about your travel style

Taking the plunge into van life is a big deal. Especially if you’re planning to do it full time. Some people like the luxury campers. Other travelers prefer modest vehicles. Sometimes it’s hard to tell which camp you fit into before giving it a shot.

In our case, we thought we wanted an adventure vehicle that could double as a stealth camper in the cities. As it turns out, we don’t spend much time in the cities at all. So building a stealth van would have been a lot of wasted effort for our travel style, whereas it’s essential for other folks.

Van life can be a big investment. Before you drop the big bucks on a DIY camper van it makes sense to get a better idea of what you really need. And give it a couple test runs first. 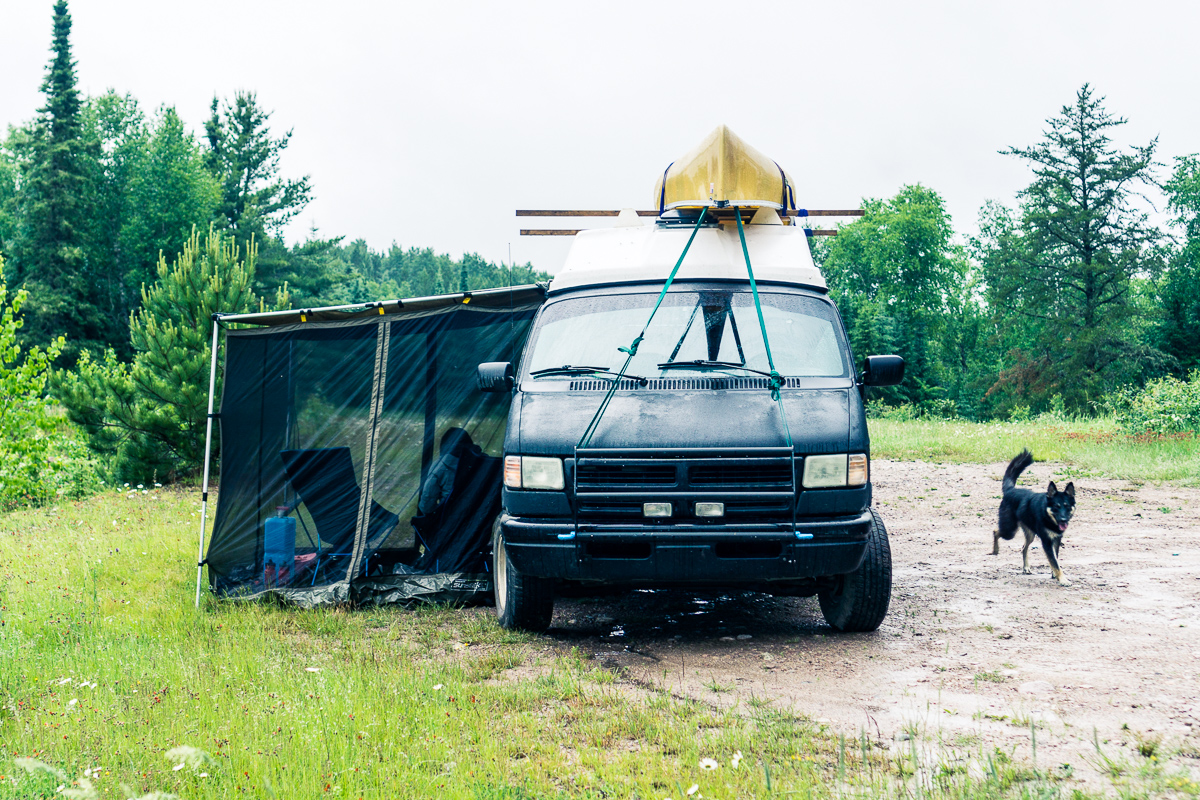 What type of camper to rent

If van life is your goal, make a mental list of what components you want to build into your future van. Then, look for a camper near you with those amenities.

If you have the vacation days and the funds, we recommend renting more than one vehicle. You might think you want a Mercedes Sprinter, but after trying both a Sprinter and a Dodge Promaster you may end up satisfied with the alternative.

A quick trip in a rental will give you more than enough information to start your build; and it will likely save you money in the long run.

No doubt, renting a campervan will be an eye-opening experience. It will either propel you to build your own and go full-time, or decide that sticking to weekend travels is enough adventure in itself.

Even if full-timing is not in your future, taking a campervan vacation is an adventure unlike any other.

Don’t take our word for it though. Try the campervan lifestyle before you buy with a rental from Outdoorsy. 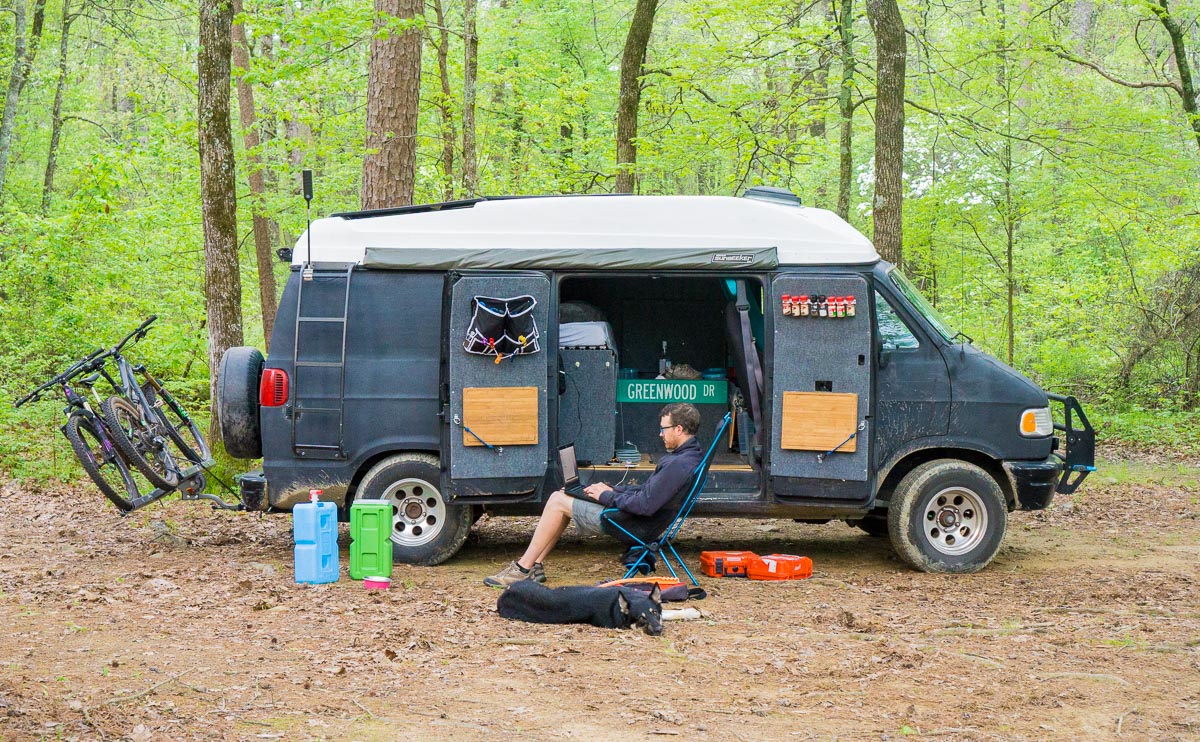