Riverside is a city built alongside the Santa Ana River in Riverside County, California. Although it's over fifty miles from Los Angeles, it falls within LA's outer metropolitan area and is a continuous sprawling mass of highly populated urbanity. While Riverside has its fair share of high rise towers it also has many buildings, particularly in the Downtown district, constructed in the Mission Revival style that give it extra character and a vibrant Spanish atmosphere.

Riverside is a city with an excess of easily accessible cultural and recreational activities. There are countless museums, performing arts centers and sports complexes in the city and major events like the Riverside Dickens Festival or the Riverside International Film Festival are monthly occurrences. The San Bernardino National Forest is a short drive to the east and the Chino Hills State Park to the south-west. Riverside, even though it's inland, has a beach on the shores of Lake Perris a half hour's drive from the city center. The only thing Riverside is short of is a coastline and some crashing waves.

When another surf-less Saturday looms, load up a van, trailer or RV and hit the highway for a weekend road trip from Riverside to Arcata. You won't be leaving the state, but you will see some amazing parts of the Californian coastline, spend time on remote beaches, hike cliff top trails and even catch some surf if you want to. After all, isn't that what living in California is all about?

Before you finally arrive in Arcata on your weekend road trip from Riverside, you'll have the opportunity to visit one of the most spectacular parts of the Californian coastline. The landscapes of the King Range National Conservation Area have to be seen to be believed. They are truly awe-inspiring.

If you're in a smaller size rig you can camp out in the BLM managed Mattole Campground or in one of the other primitive campgrounds in the conservation area, but if not then you'll need to find an alternative campground. The Humboldt Redwoods State Park is nearby and has a campground that can cater for RVs and trailers up to twenty-four feet in length.

The King Range National Conservation Area is one of the few places in California where you can escape the rat race of the state's cities and immerse yourself in some coastal scenery that will make you forget that cities were even built. Known as the Lost Coast, there are miles and miles of shoreline with no highways and endless acres of land with no construction on them. Trek over deserted beaches, hike along cliff tops with breathtaking views or through the spectacular King Range Wilderness, see both land and marine wildlife or just get your board out and surf the magnificent waves.

While you may have traded San Francisco for the seashore on your weekend road trip from Riverside to Arcata, if you're traveling in October you won't want to miss stopping in Sacramento. Sacramento hosts the three-day long Aftershock Festival in early October in the city's Discovery Park. As you might have already guessed, it's one of the biggest annual music festivals in California.

The festival starts on a Friday and carries on through to Sunday night with groups like Metallica and My Chemical Romance topping the list of acts on the posters. The event draws visitors to the city in their thousands, but there is no camping permitted on the festival site. Special overnight parking areas are provided in outlying areas of the city for a small fee, and shuttle bus services are organized to provide transport to the event. If you're planning on making the Aftershock Festival part of your weekend road trip make sure to get your entrance tickets well in advance as they sell out fast.

When you can bear to tear yourself away from the beauty of the Pfeiffer Big Sur and hit the I5 again, don't worry as there are even more great places to come. Bypass San Francisco, because this road trip is about great sea views, not nights out in the city. You'll be rolling up to the Point Reyes National Seashore before you know it and that's where those big waves will be breaking against the sand. There's no campground for RVs at the seashore so you may want to consider the nearby Samuel P Taylor State Park's campground as an alternative.

There are more than one hundred miles of hiking trails running through the Point Reyes National Seashore, plus it's a superb spot for wildlife viewing and from the cliff tops you could see migrating gray whales and elephant seals. The beach is the perfect place to light up a campfire and chill out around with your friends too so long as you follow the rules on beach fires.

Leave Riverside and Los Angeles far behind as you motor along the I5 northbound between the Angeles National Forest and the Los Padres National Forest. Keep going for around four hours until you see the signs for Coalinger then head west on the CA 198 for about an hour and you'll be on the border of the Pfeiffer Big Sur State Park. The park has a large campground with almost two hundred campsites though it can get very busy so make a reservation in advance.

The one thing you'll want to do in the park is hike at least some of the six trails. The Pfeiffer Falls Trail leads through huge redwood trees to a stunning waterfall. The Mt Manuel Trail is an eight-mile out and back trek with ocean views. While you can see the ocean from the park, you can't get to it, but don't let that small fact put you off. Pfeiffer Beach is a mile further on than the park entrance and so scenic it's a photographer's dream with rock arches, mauve colored sand and piles of seaweed covered boulders. It's not possible to get a rig down to the beach so you'll need to walk from the car park.

If you have a small vehicle follow the CA 1 northwards along the coast from Pfeiffer Beach to the Garrapata State Park then hike along the Garrapata Coastal Trail. You could be lucky and spot seals, otters or even a whale, but even if you don't, the incredible scenery is reason enough to do it. 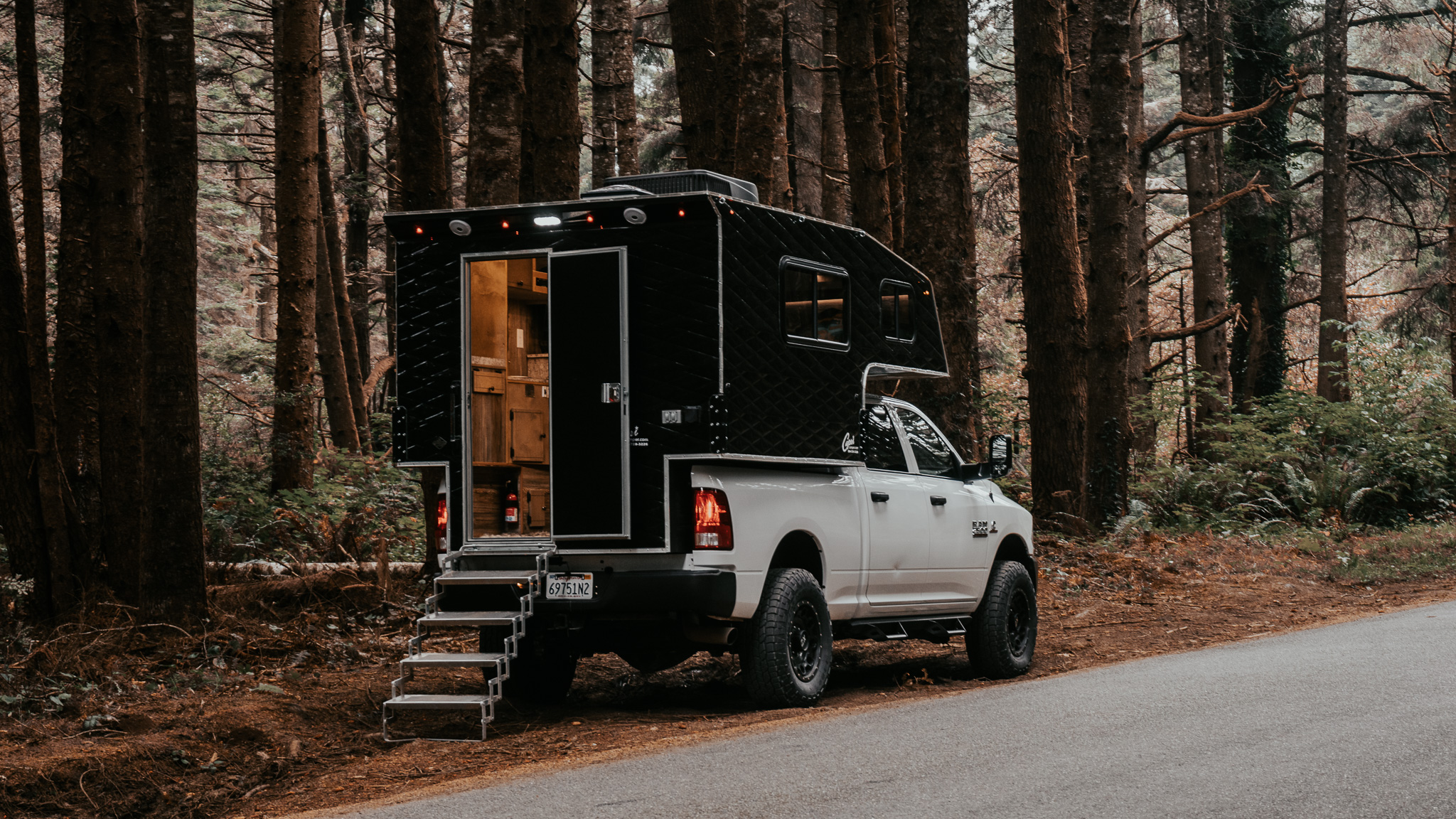 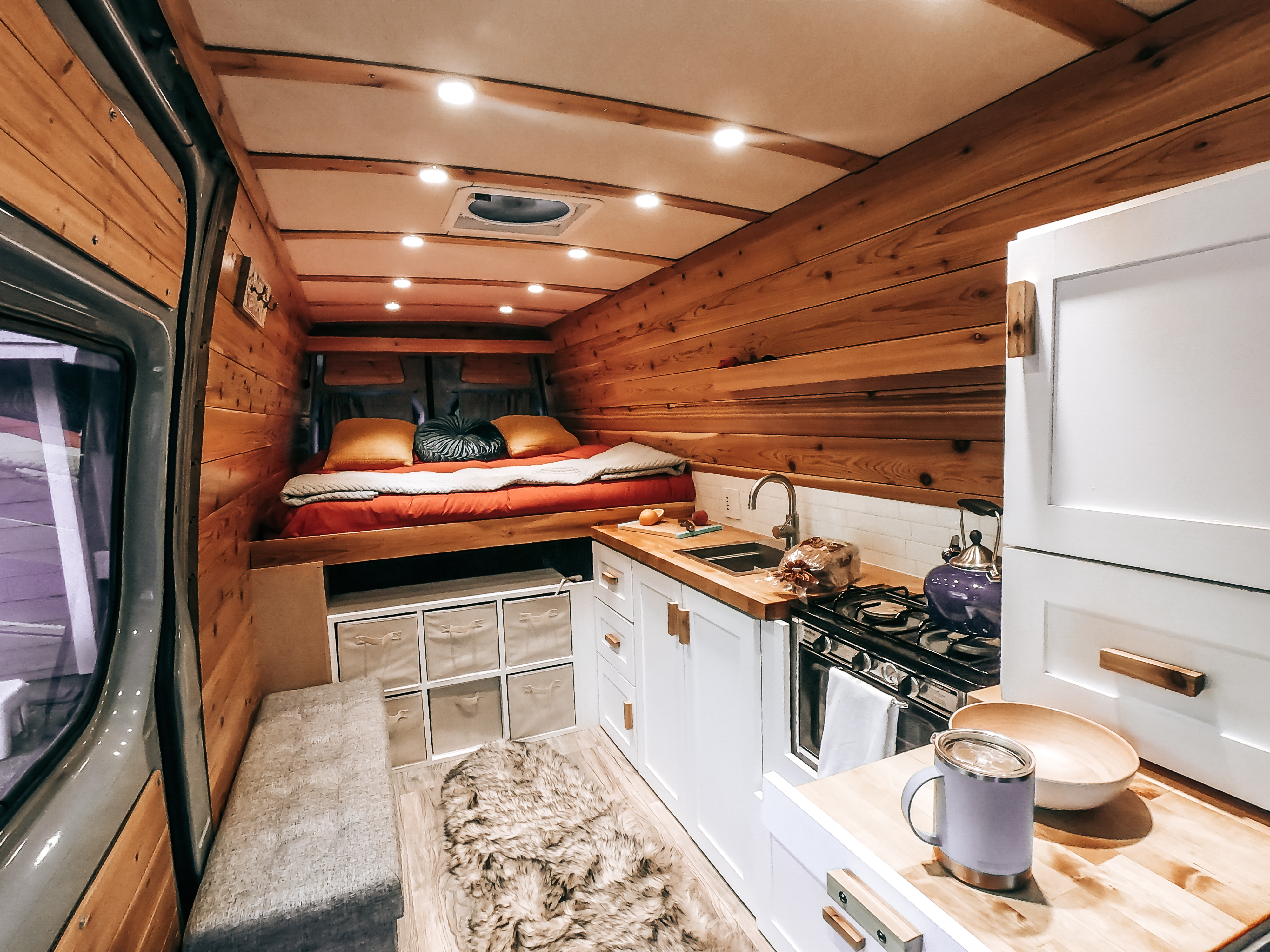 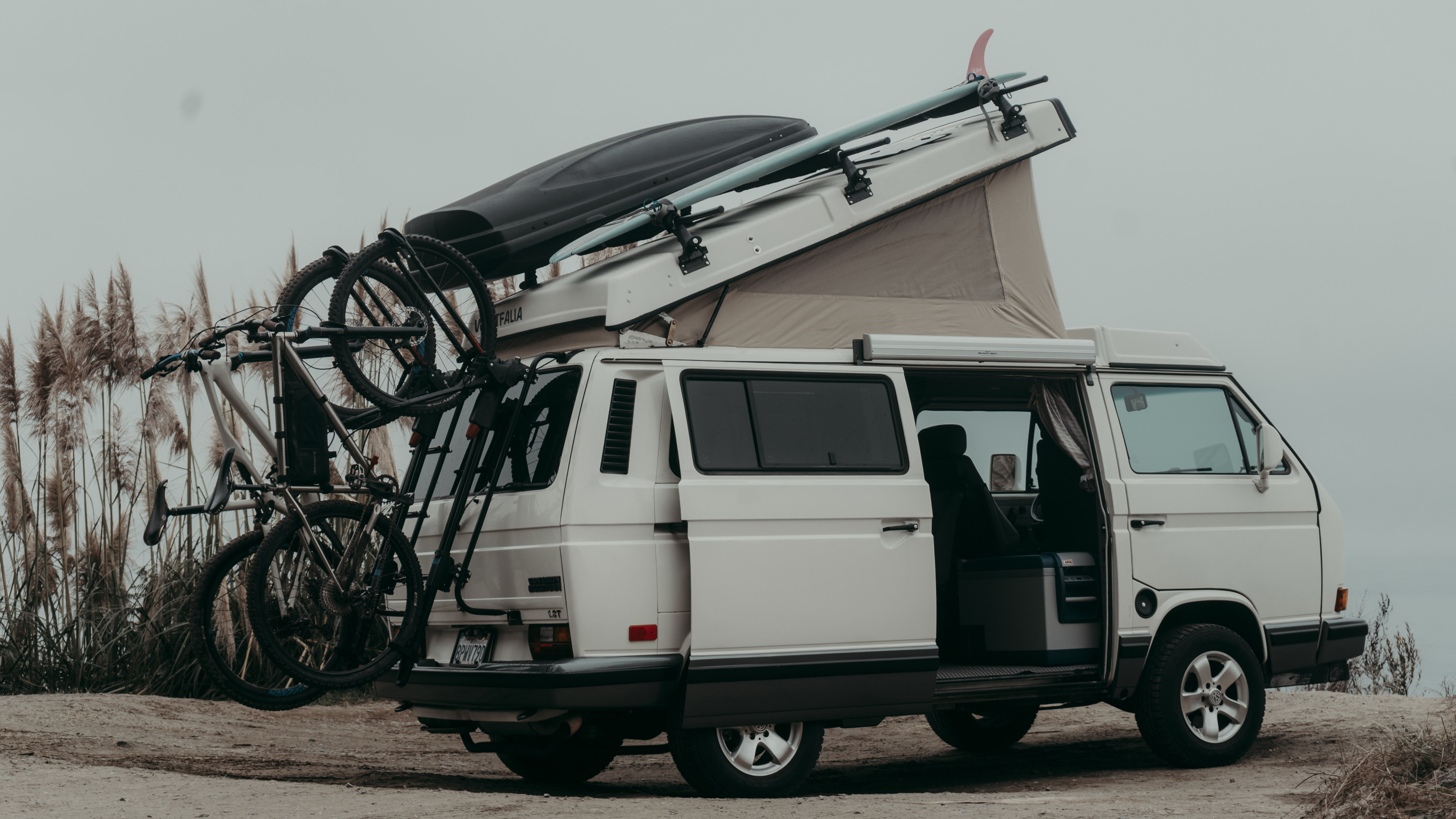 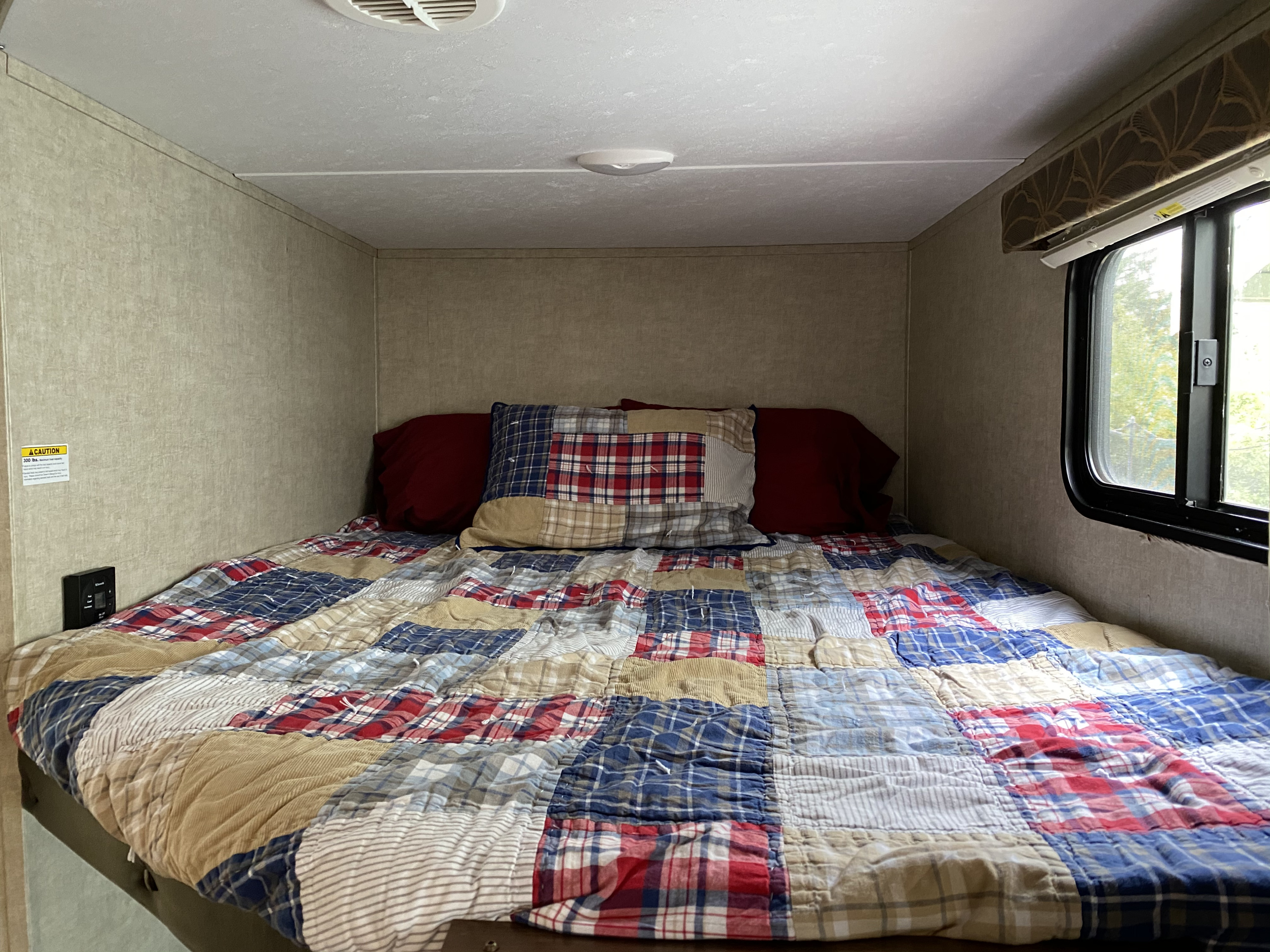 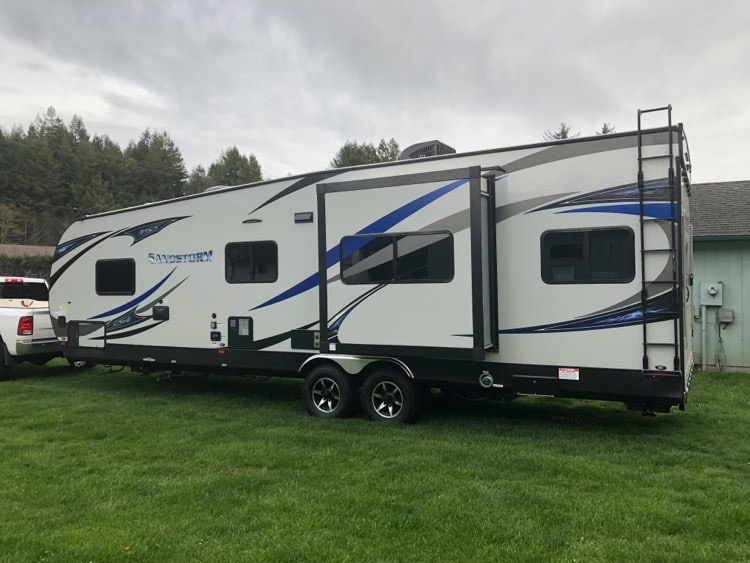 There's one thing for sure and that's the fact that you'll drive into Arcata with the sound of surf crashing against the shore ringing in your ears. While you may have arrived in another Californian city, the same as in Riverside, the beach is not far away. If you still want to see more sand and ocean, you can. Head out to Humboldt Beach which is opposite the Samoa State Marine Conservation Area where you can go scuba diving on incredibly diverse reefs.

Both the terrestrial and underwater world of Arcata are amazing to see. If you're not into submerging in the ocean, take stroll or horse ride along Clam Beach. Do that and you may never want to make the return trip to Riverside and if not, who can blame you?