San Diego is one of California's largest cities. With an estimated population of around one and a half million, it figures at number eight on the list of the US's top ten biggest cities. With a skyscraper lined waterfront and an old historic downtown area known as the Gaslamp District, there's architecture and atmosphere to please all tastes. San Diego's geographical location, right on the North Pacific Ocean coastline, means it has a great year-round climate, and that fact, combined with the city's beaches, endless cultural attractions and major annual events attracts visitors by the score.

San Diego is a city that loves festivals and there's one, or more, happening almost every month. From the springtime CRSSD Festival of music, to the Oysterfest in the summer, to the wintertime Balboa Park December Nights and the Winter Wonderland at the Grand, the city is just one long celebration. That's great, but sometimes the crowded streets thronged with folks having a good time can get a bit too much. It really doesn't matter if you've only got a couple of days to head out in your RV or trailer and treat yourself to some peace, quiet and solitude because there are innumerable options for a weekend road trip that will soon have you planning to hit the road at every opportunity you have.

Try a two to three-day road trip in your rig from San Diego to Lake Havasu City in Arizona and those forty-eight or seventy-two hours away from the humdrum will make you feel as though you've been on a month-long vacation. Stop off in the Mount San Jacinto State Park for a ride on an aerial tramway, camp in the Joshua Tree National Park to eat dinner outdoors under a plethora of stars or go hiking through a remote, BLM-managed desert wilderness. There are so many get-away-from-it-all places on this route, you may well find it hard to turn around and head back to the city when your weekend road trip is over.

There's no better place than the Joshua National Park to pitch camp in an RV or trailer to enjoy a romantic night under the stars. The park is only around an hour's drive from Palm Springs, so it's easy to reach once you've come back down to earth off the tramway. You may find the Belle Campground is the most convenient. It's a small campground, quiet, and with only eighteen campsites so don't expect to see or hear a lot of other people. Be prepared to get back to basics too as there are no hook-ups, no water, and no cell phone coverage. But isn't that what an escape from the city is all about?

While the ancient Joshua trees in the park are undeniably a major attraction, another thing that makes the Joshua Tree National Park special is its unpolluted night skies. Forget candles and the flickering flames of a campfire; wait until darkness descends without lighting anything and your night will be illuminated by the brilliance of the universe. There's really nothing more romantic than that.

While you're pitched up at the Belle Campground in the Joshua Tree National Park, you'll be in the perfect spot to set out to explore on foot two amazing BLM managed wildernesses – the Sheephole Valley Wilderness and the Cleghorn Lakes Wilderness Area. Both will make you forget that civilization even exists and that, after all, is what your weekend road trip from San Diego to Lake Havasu City is really all about.

The Sheephole Valley Wilderness is almost two-hundred-thousand acres of desert terrain where you can go backcountry hiking and forget the modern world even exists. To get there, head into Twenty Nine Palms and then out along the CA 62 eastbound via the rural community of Old Dale. Take a picnic and plenty of water as you'll be hiking a long way from where you leave your vehicle. If you're after peace and quiet and putting distance between you and the rest of the world so you can have quality time alone with your partner, you'll find it here.

The Cleghorn Lakes Wilderness is located next to the Sheephole Valley Wilderness and can be accessed from Twenty Nine Palms via Amboy Road. It's hard to imagine that such an isolated area exists within a few miles' drive of urbanization, but it does. While the name may suggest there's plenty of water in the wilderness, it's actually the complete opposite, so go prepared for arid terrains where there are some interesting rock formations to photograph. People are few and far between and you'll see them much less frequently than you will the wilderness' resident reptiles and raptors. So make the most of the solitude, as that type of quiet is hard to find.

Escape San Diego on the I 15 northbound and you'll soon leave the city behind. The environment will change abruptly from urbanity to magnificent forest and mountainscapes as you motor along past the western border of the Cleveland National Forest with the Palomar Mountains in the distance. Keep driving for a couple of hours and you'll be in Palm Springs which sits on the eastern boundaries of the Mount San Jacinto State Park.

Before you get into the heart of the city, you'll see signs to the Palm Springs Aerial Tramway. Take the turning and it'll lead you along Tramway Road for around three and a half miles until you reach the parking facilities. Park up and board the tramway and be prepared to be amazed. The ride up may only last ten minutes or so, but it will leave you totally breathless. Take in the stunning scenery of the Chino Canyon as the tramcar rotates giving you incredible panoramic views.

Once you reach the top, you'll be over eight thousand feet up and breathing pure mountain air as you look down on the world below. Step out onto the observation decks to take photos or take a table at one of the sky-high restaurants for a relaxed dining experience that will make you completely forget you're only two hours away from the urban bustle of San Diego. 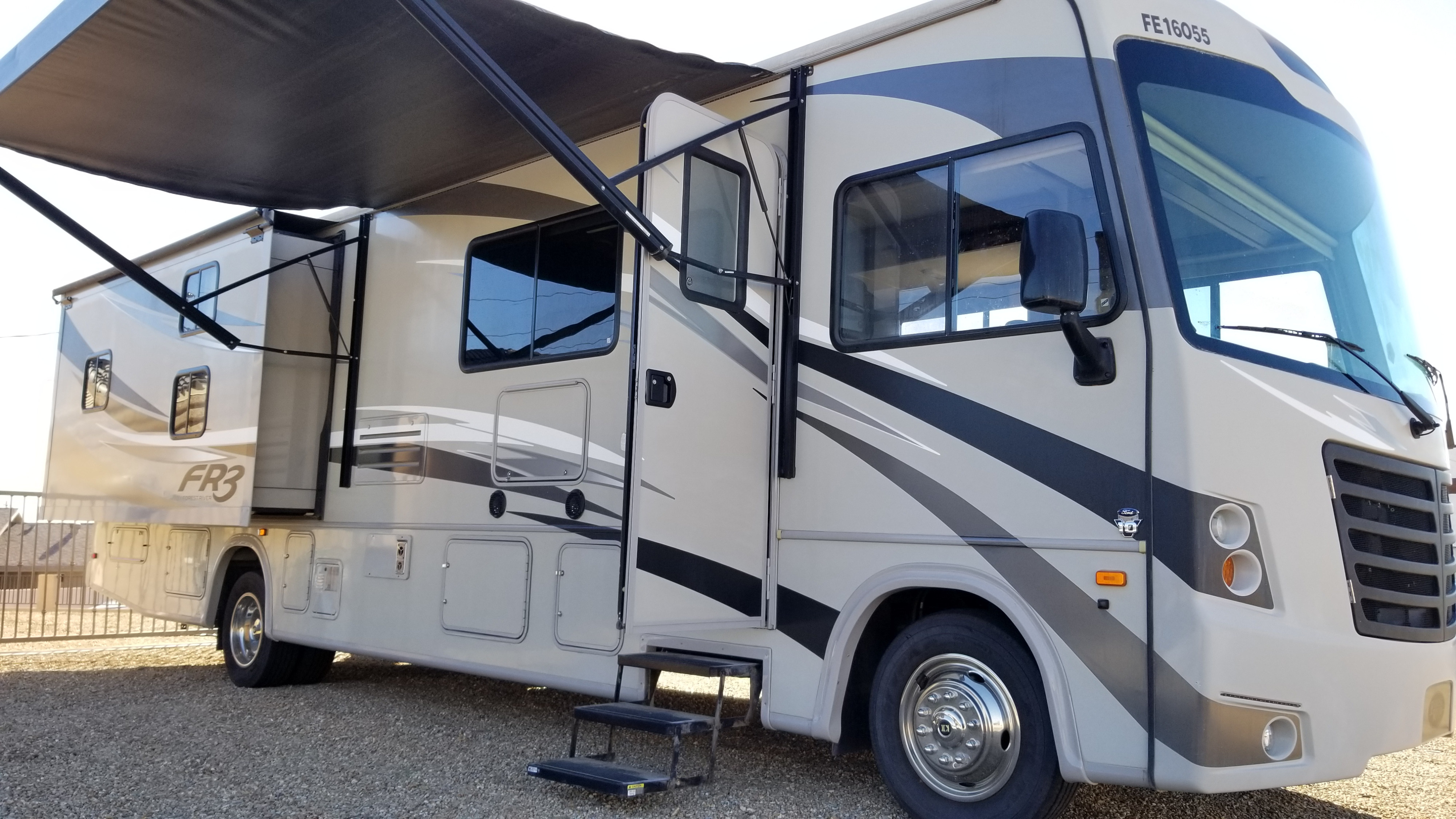 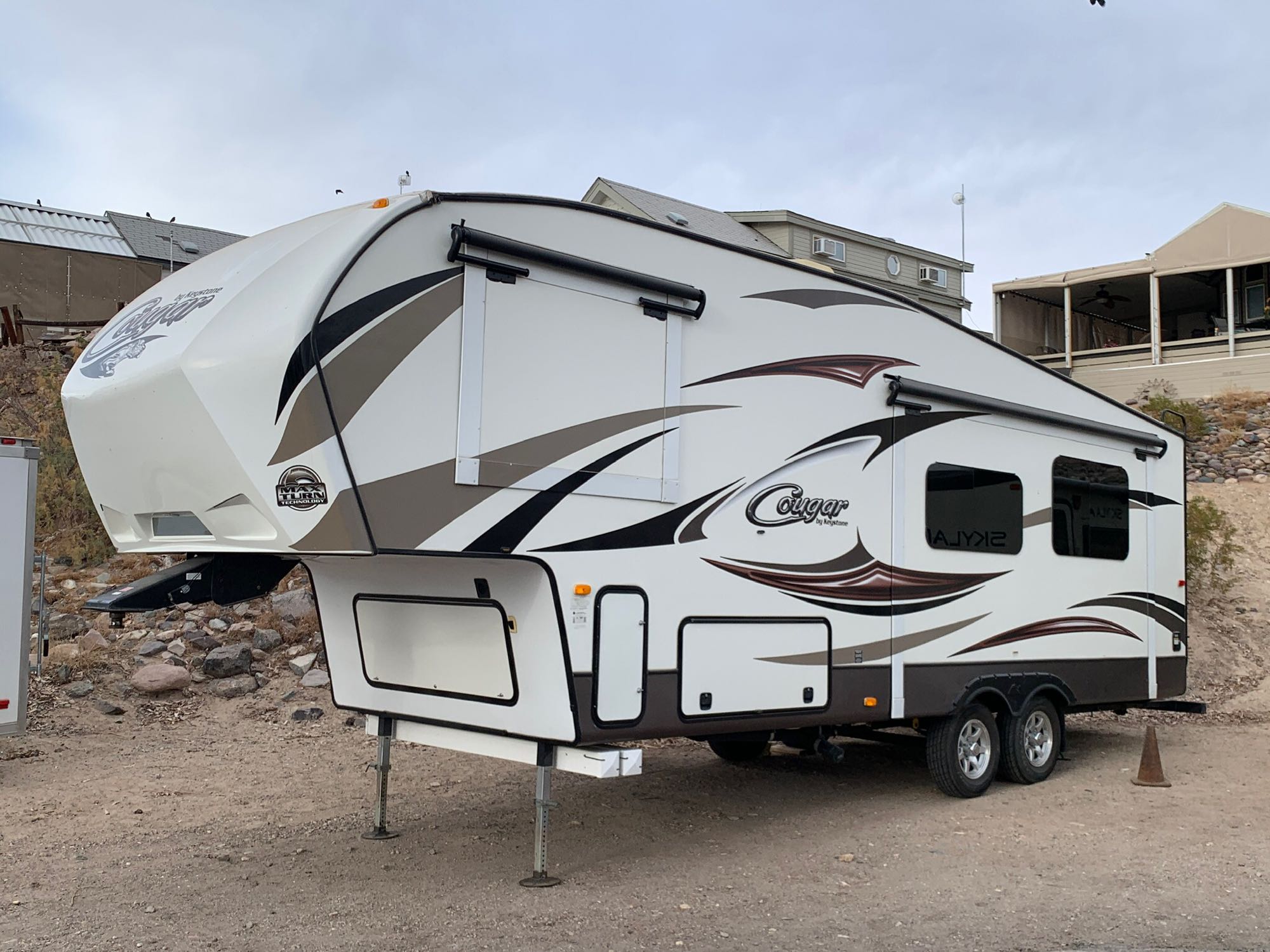 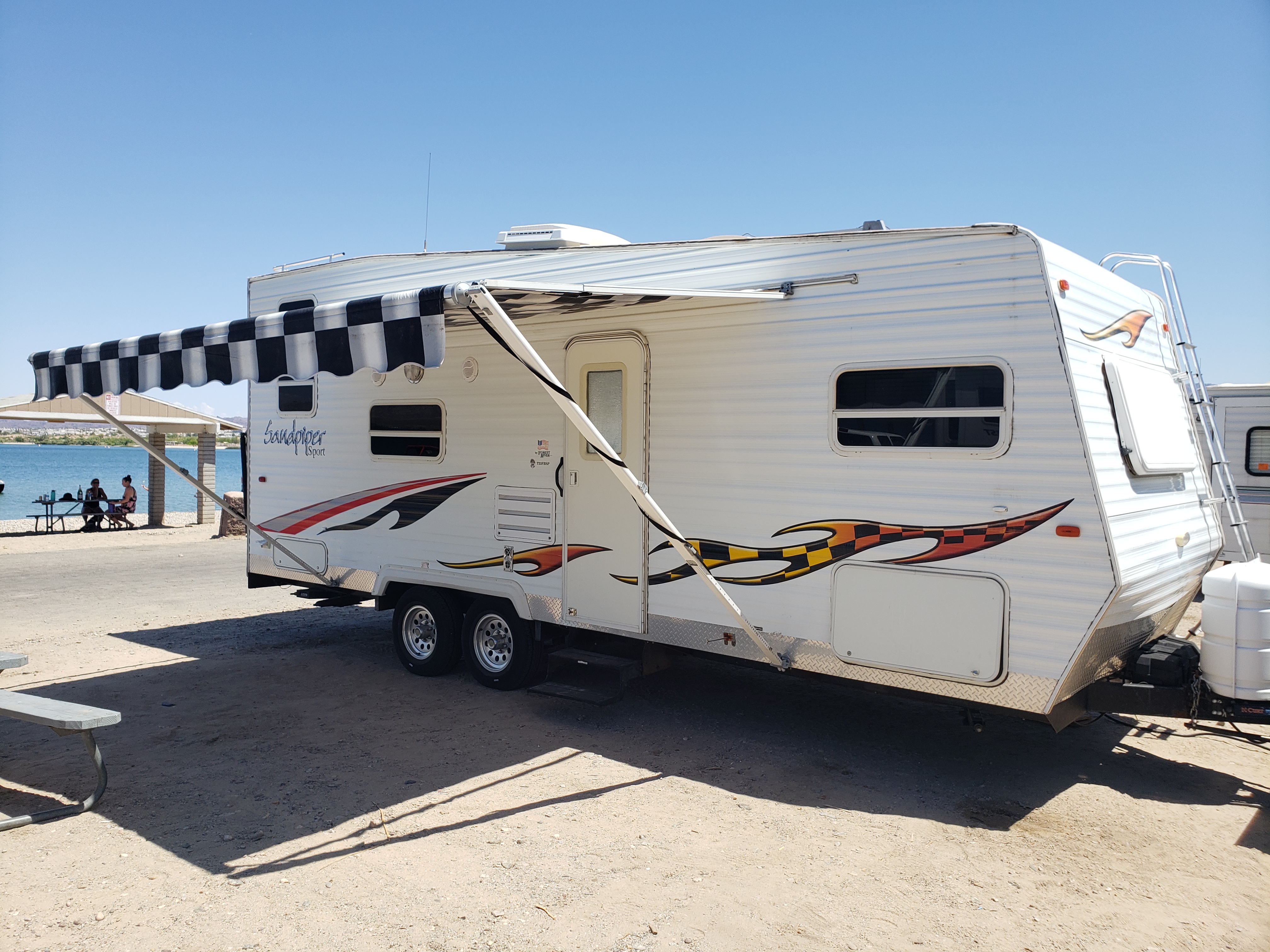 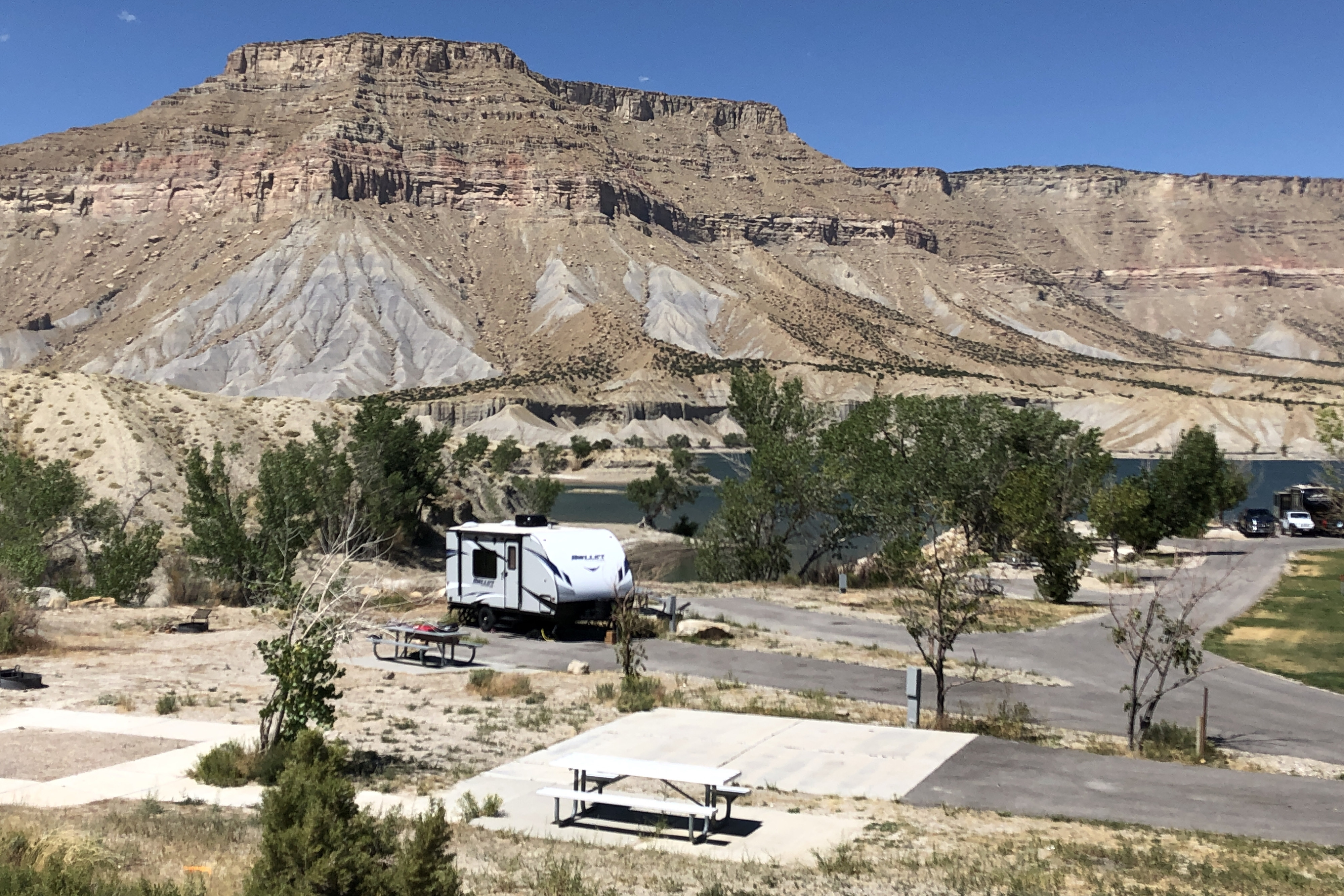 After the stunning mountain landscapes of the Mount San Jacinto State Park and the solitude of the BLM managed desert wilderness environments you explored on the way, Lake Havasu City may well come as quite a shock. That said, it's a great place to end your weekend road trip from San Diego.

Pitch up at the campground in Lake Havasu State Park and you'll be able to snap a souvenir photo of your road trip while standing next to London Bridge, visit the Museum of Lake Havasu and then take a sunset cruise across the lake. It would be hard to make better memories as a couple than you can on a weekend road trip from San Diego to Lake Havasu City so don't doubt in hitting the road. You'll make some relationship memories that will last you a lifetime.