No-one needs reminding that Washington DC is the capital of the United States of America and understandably, it is the country's hub for politics, law and finance. As befits one of the most important cities in the world, it's also a center for cultural affairs and a massive tourist attraction that receives millions of visitors annually.

Architecturally attractive, Washington is a city with few high rise towers, plenty of impressive monuments and a multitude of public green spaces. Founded on the banks of the Potomac River in the last decade of the eighteenth century, Washington still retains some of its old-world charm while being completely contemporary. Stroll around and you'll find there are many period buildings in various bygones styles that give the city a unique character. Museums abound and in a walk down the National Mall, you'll come to the National WW2 Museum and the National Museum of the American Indian as well as the Lincoln Memorial and the city's emblematic, domed Capitol Building.

There are many more museums and monuments besides those along the mall and if you wanted to visit them all, it'd probably take you at least a month. As the country's capital, Washington has a sophisticated image to keep up which, after a while, can be cloying, stressful and have you longing to yodel to the mountains just to relieve some of the every day tensions.

Another solution to find some much-needed rest and relaxation from all the seriousness is to take a three to five day RV road trip from Washington to Pensacola in Florida. On route, you'll be able to explore creations of nature millennia older than even Washington's oldest historic building, pitch camp by a picturesque river and hike to some incredible waterfalls. As soon as you've crossed the border with Virginia, you'll have forgotten about history, politics, your daily commute and will just feel the stress of the city ebbing away.

Leave Washington on the I 66 and when you're just south of Middleton you'll be able to join the I 81 southbound. As you're be motoring through Virginia you'll be driving between the Monongahela National Forest and the Shenandoah National Park so you'll have a super scenic start to your RV vacation. It's a road trip that totals around a thousand miles altogether and as your journey progresses, you'll find on route some of North America's most impressive caverns and caves. While you may not want to visit all of them, take time to see at least one of the spectacular underground marvels of nature.

Turn off the I 81 at New Market to head toward the rural community of Luray to take a look at the Luray Caverns. The complex of caves, while not the only ones, are the largest anywhere in the eastern US and also some of the most accessible. These caverns are truly enormous and contain gigantic geological formations that are just mind-boggling. Another fantastic subterranean world worthy of exploring is the Shenandoah Caverns which are close by the Luray Caverns and located just off the I 81 near Quicksburg.

If you don't want to stop off so soon on your road trip from Washington to Pensacola, keep rolling in your rig and further along the I 81 in Tennessee, you'll find the Craighead Caverns near Sweetwater where you can float on a boat through an underground world as you navigate the US's biggest lake hidden beneath the earth's surface. That's one experience you couldn't have in Washington DC.

Choose the campground at the Shenandoah River State Park to pitch up at for your first night on the road and you'll soon forget about the city. The park sits along the banks of the Shenandoah River's south fork and covers over one-thousand five-hundred acres of terrains with verdant landscapes of rolling green hills backed by vistas of the Massanutten Mountain. It's a campground that's open all year round so you can stop off there no matter what month you make your road trip from Washington to Pensacola, but make sure to reserve your campsite before you arrive.

The park is the ideal place to do some tranquil hiking through the countryside and there are more than twenty-five miles of trails to tackle. The river is great for exploring in a kayak or canoe or to sit on the shores for a spot of quiet fishing. If you're feeling in need of something a little more exciting, the park has an adventure course with ziplines, rope bridges and air stairs set out high up in the canopies of the trees.

Washington DC is steeped in history, but it's hard to imagine what it was really like back in the days when it was first founded. To find out what life was like in North America for its early inhabitants, take a break from the highway in Staunton, Virginia, to visit the Frontier Culture Museum. Turn off the I 81 at junction 222 then take the George M Cochrane Parkway to the museum.

Most of the exhibits at the museum are outdoor and there are nine different examples of farms through the eras from the 1600s to the mid-1800s. As it is a living museum, there are daily reenactments by people dressed in the clothes of the corresponding time as they go about their day as it would have been back then. It's fascinating to see first-hand the skills that were required to tend crops and livestock, cook and do the laundry.

On your road trip from Washington to Pensacola, pull up for a leg stretch as you arrive near Buchanan by veering off the I 81 onto the Blue Ridge Parkway. It's a winding road that you'll want to take slow no matter what size of rig or trailer you're traveling in. On the parkway, you'll find the Peaks of Otter Visitor Center and the Peaks of Otter Recreation Area. That's a great spot to pitch camp before exploring the many trails nearby.

Just a couple of miles from the campground is the trailhead to the Apple Orchard Falls Trail. The trail is a three-mile out-and-back trek winding up a mountainside, through the Jefferson National Forest and ending at a beautiful waterfall. Further along the parkway, you can also hike up to the Otter Lake Waterfalls as well as access the Peaks of Otter Falling Water Cascades, the trails running through the grasslands of the Floyd Field and parts of the Appalachian Trail. You'll never want to stroll the streets of Washington again after trekking these.

Leave the I 81 at junction 47 just before you arrive at Marion, Virginia and you'll discover a scenic state park with a one-hundred acre plus lake. The Hungry Mother State Park has a great campground, Camp Burson, that is open all year and can accommodate rigs up to thirty-five feet. Most of the fifty campsites are fitted with water and electricity hook-ups and there are good, but basic on-site amenities.

The Hungry Mother State Park is an idyllic location to chill out for a couple of days, go hiking or biking along the seventeen miles of trails, go boating or canoeing on the lake, or catch fish to grill up for dinner before doing some stargazing. There are many attractions in the surrounding area too. If you can bear to leave the tranquility of the park, don't miss visiting the Wolf Creek Indian Village and Museum in nearby Bastion or the Museum of Middle Appalachians in Saltville. 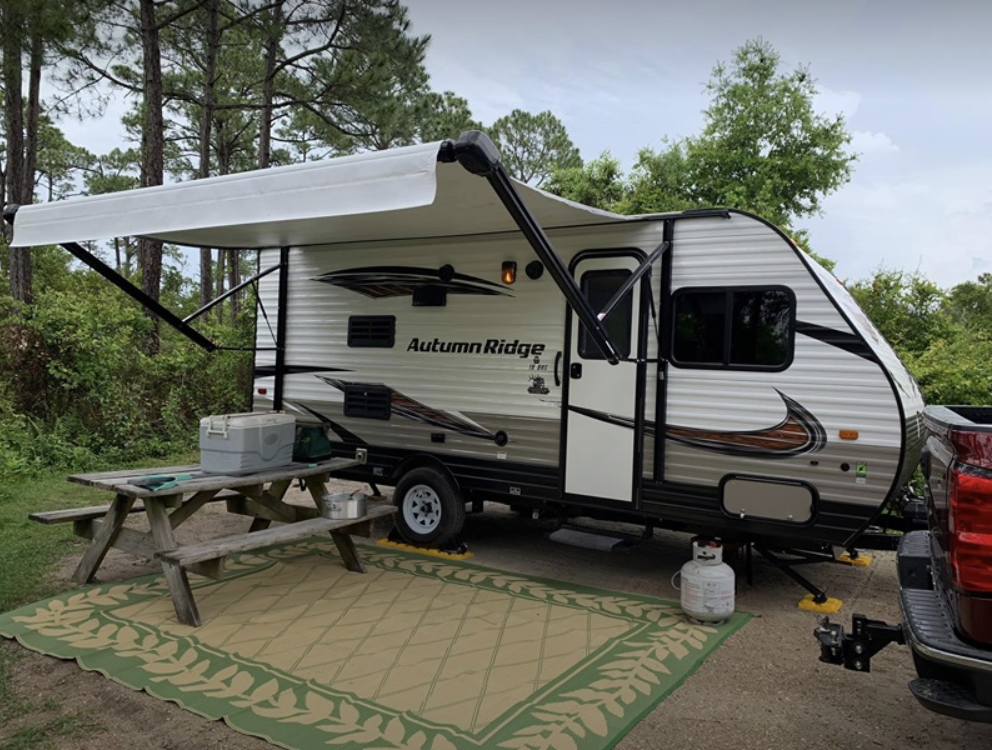 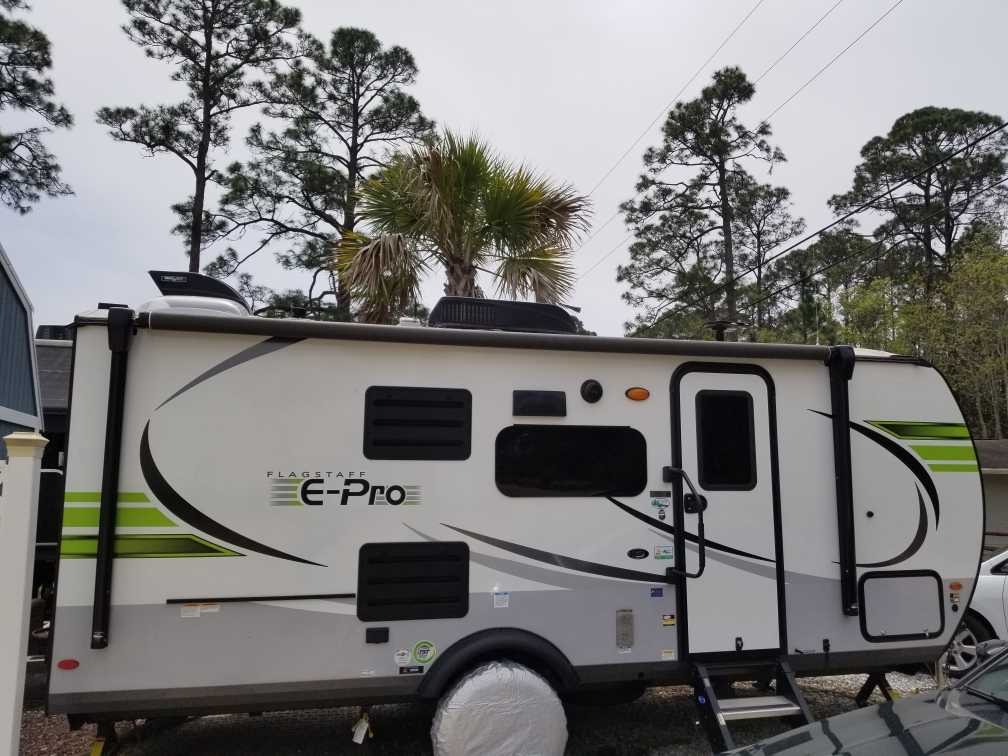 There's nothing quite like arriving somewhere after a few days on the highway where there are endless stretches of white sand and an ocean of blue water for as far as your eyes can see. Roll into Pensacola and you'll find just that. The city sits on the edge of Pensacola Bay which is ringed by beaches. As soon as you get there, you'll just want to park up, get your swimsuit on and dive into the waves. What better way to end a road trip is there than that?