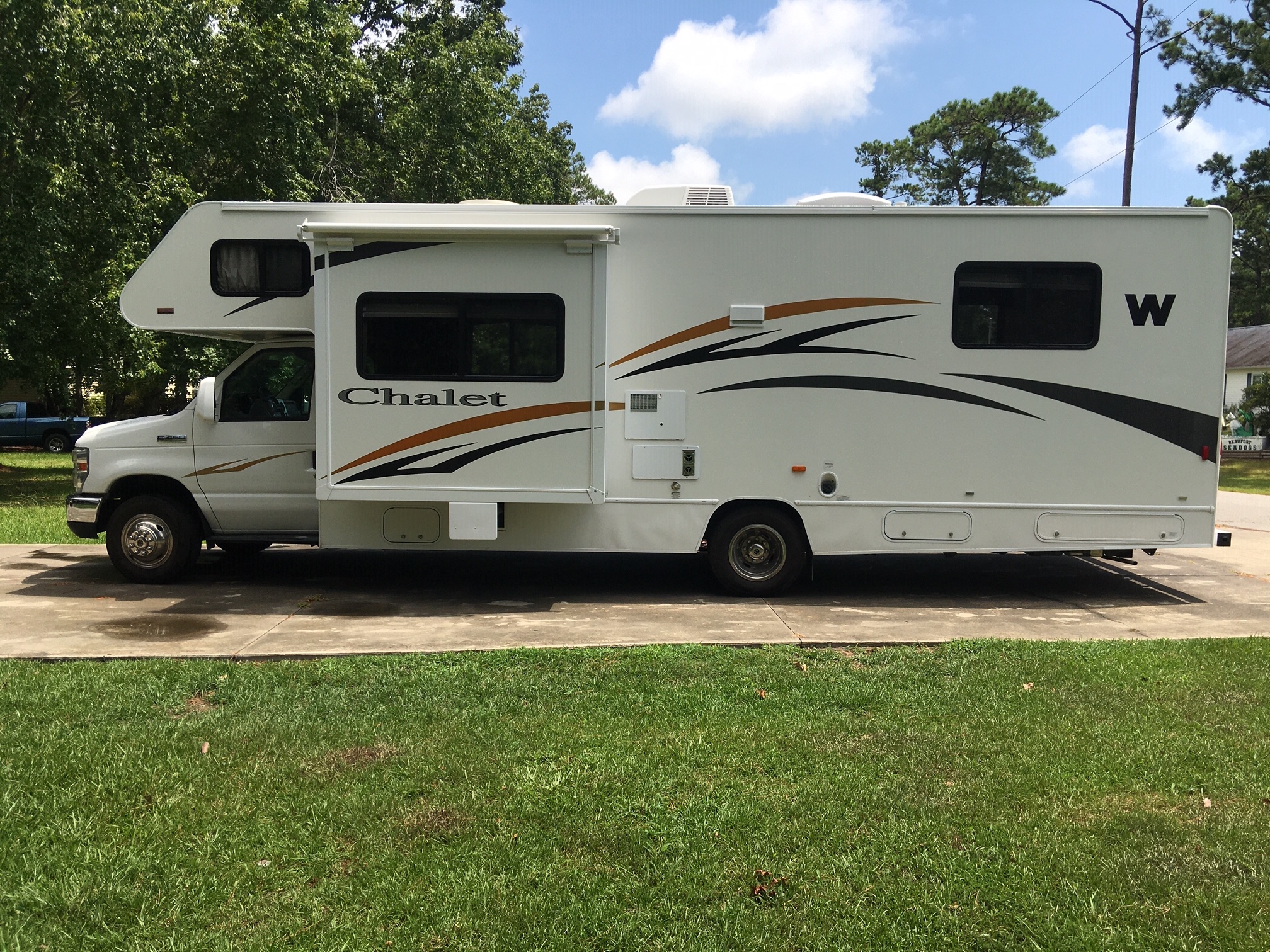 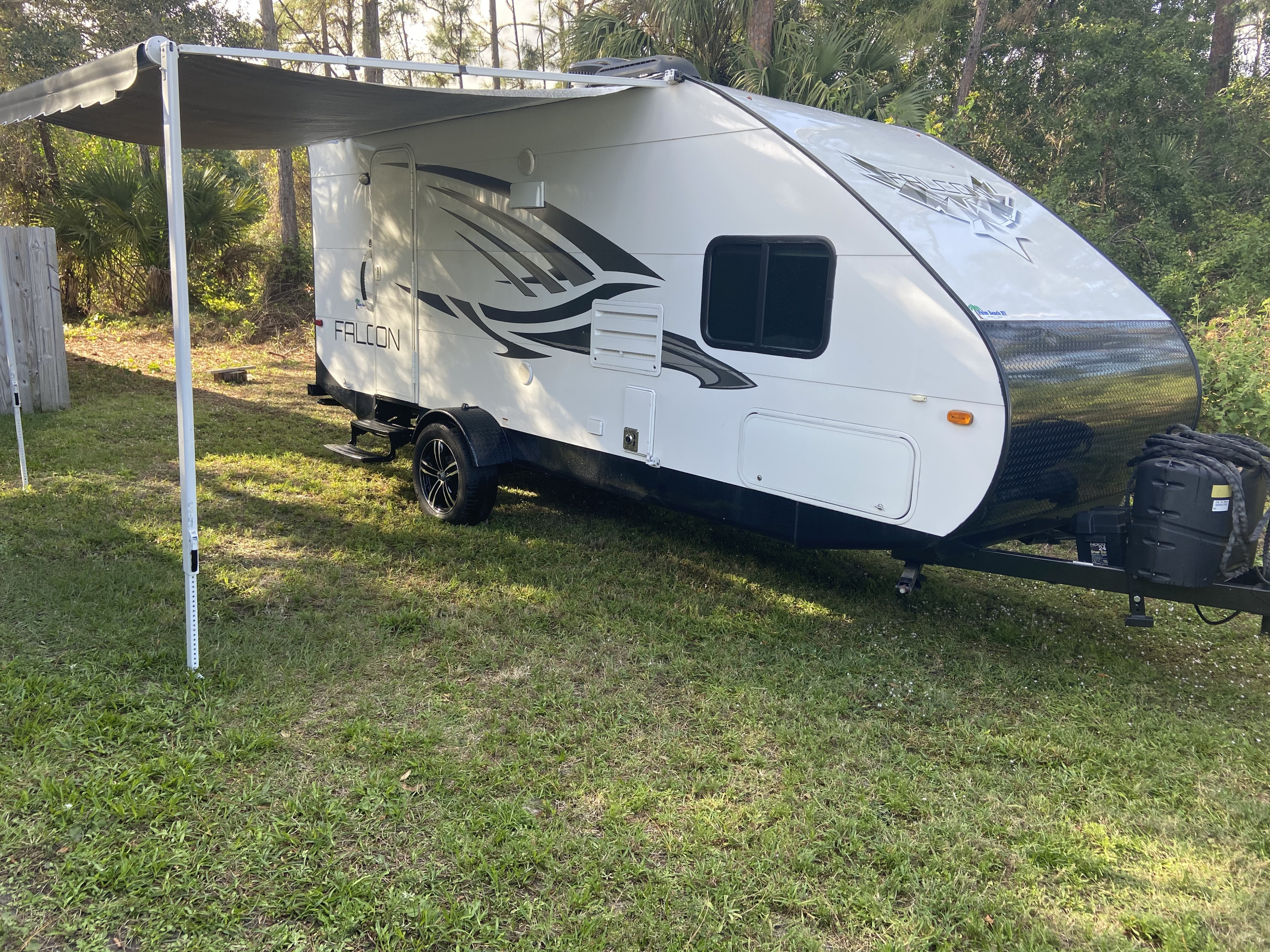 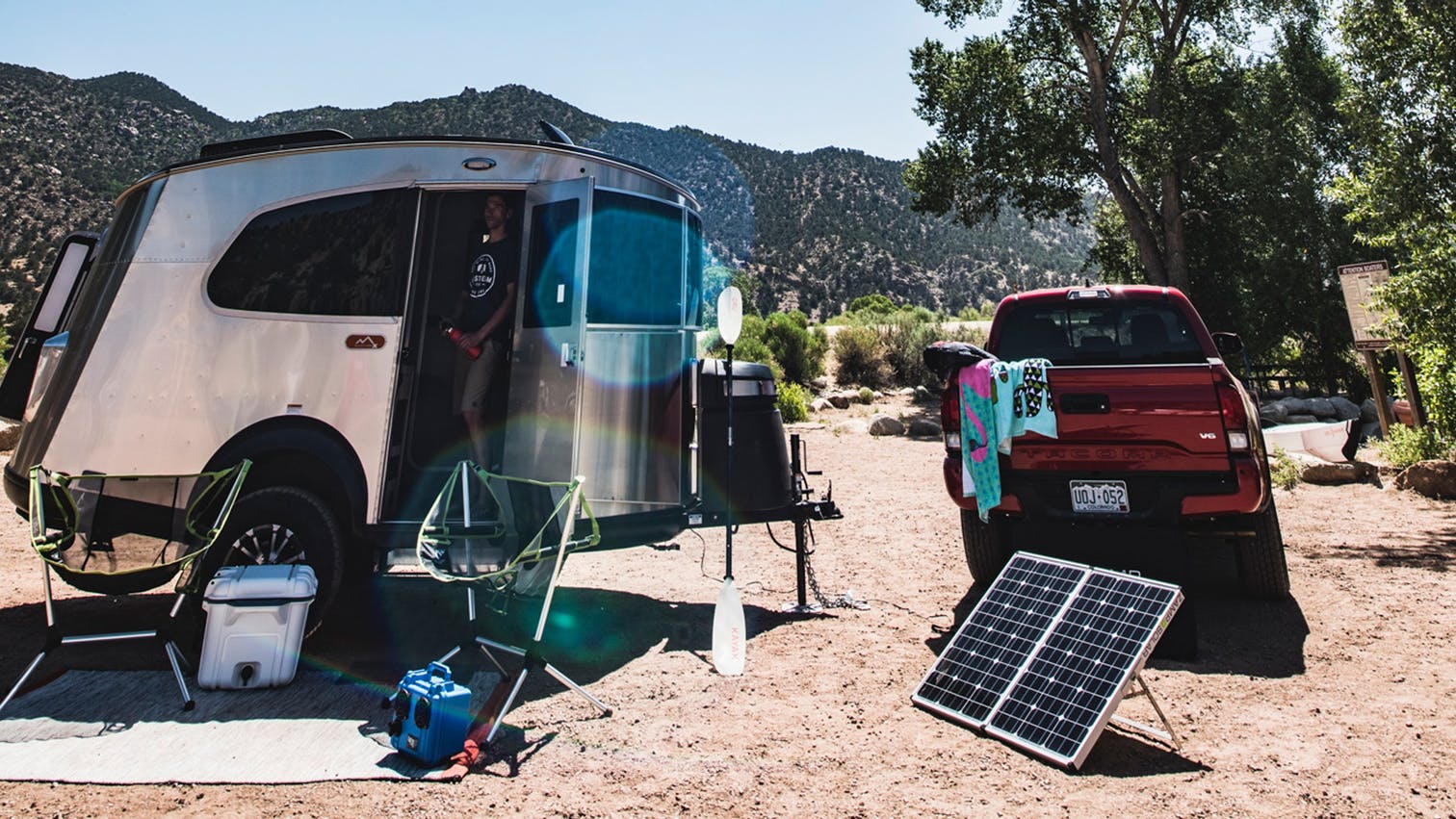 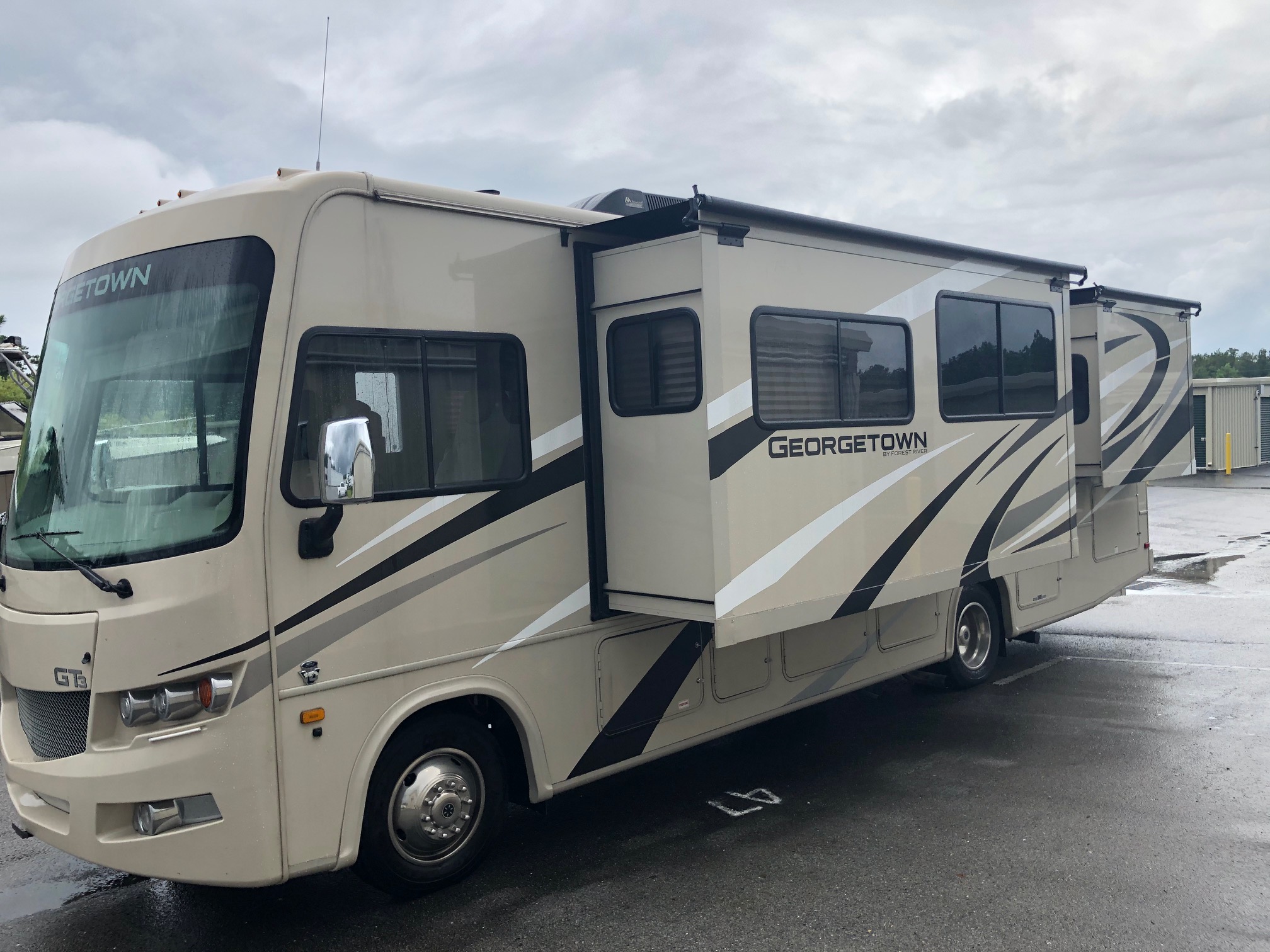 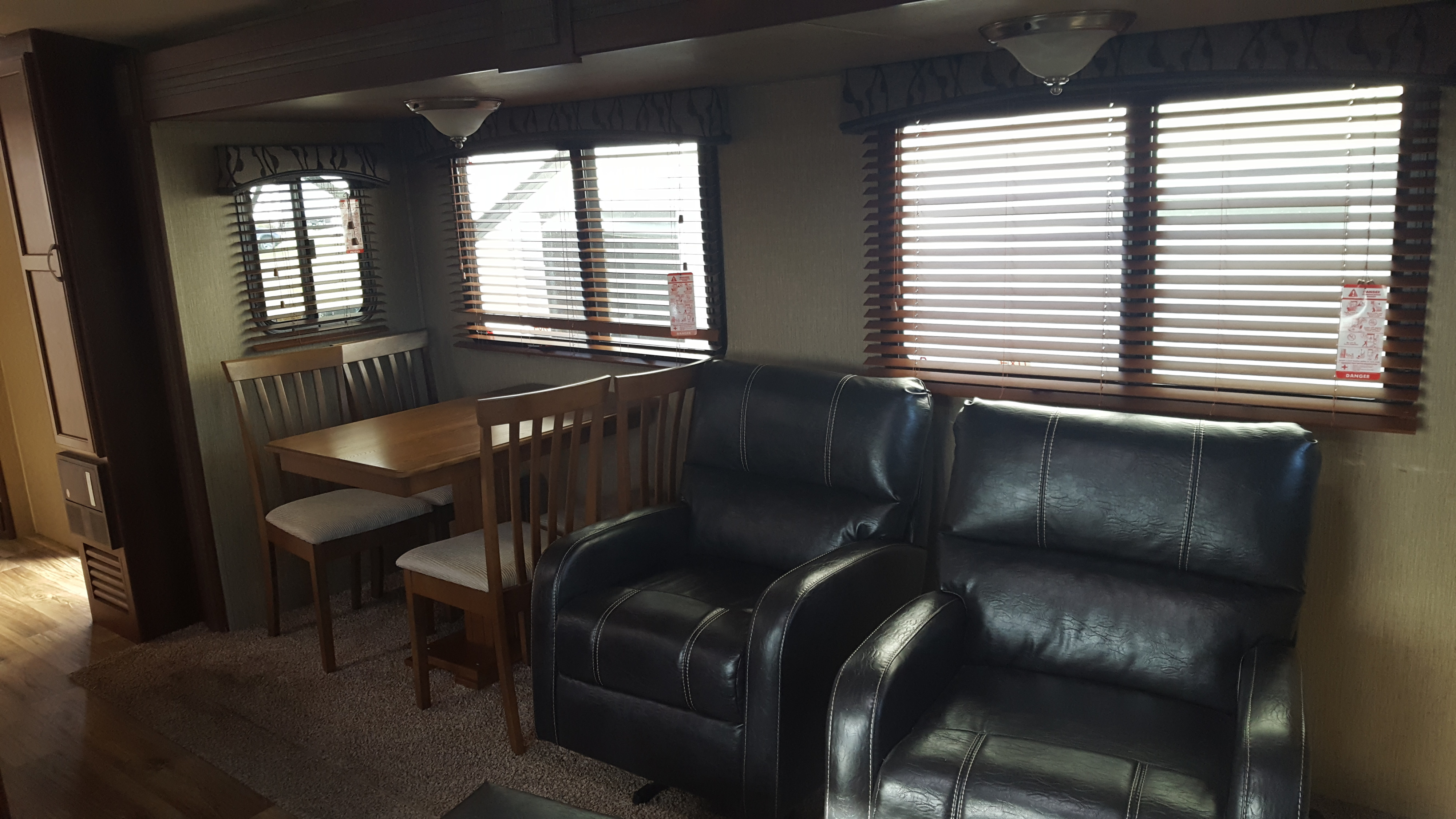 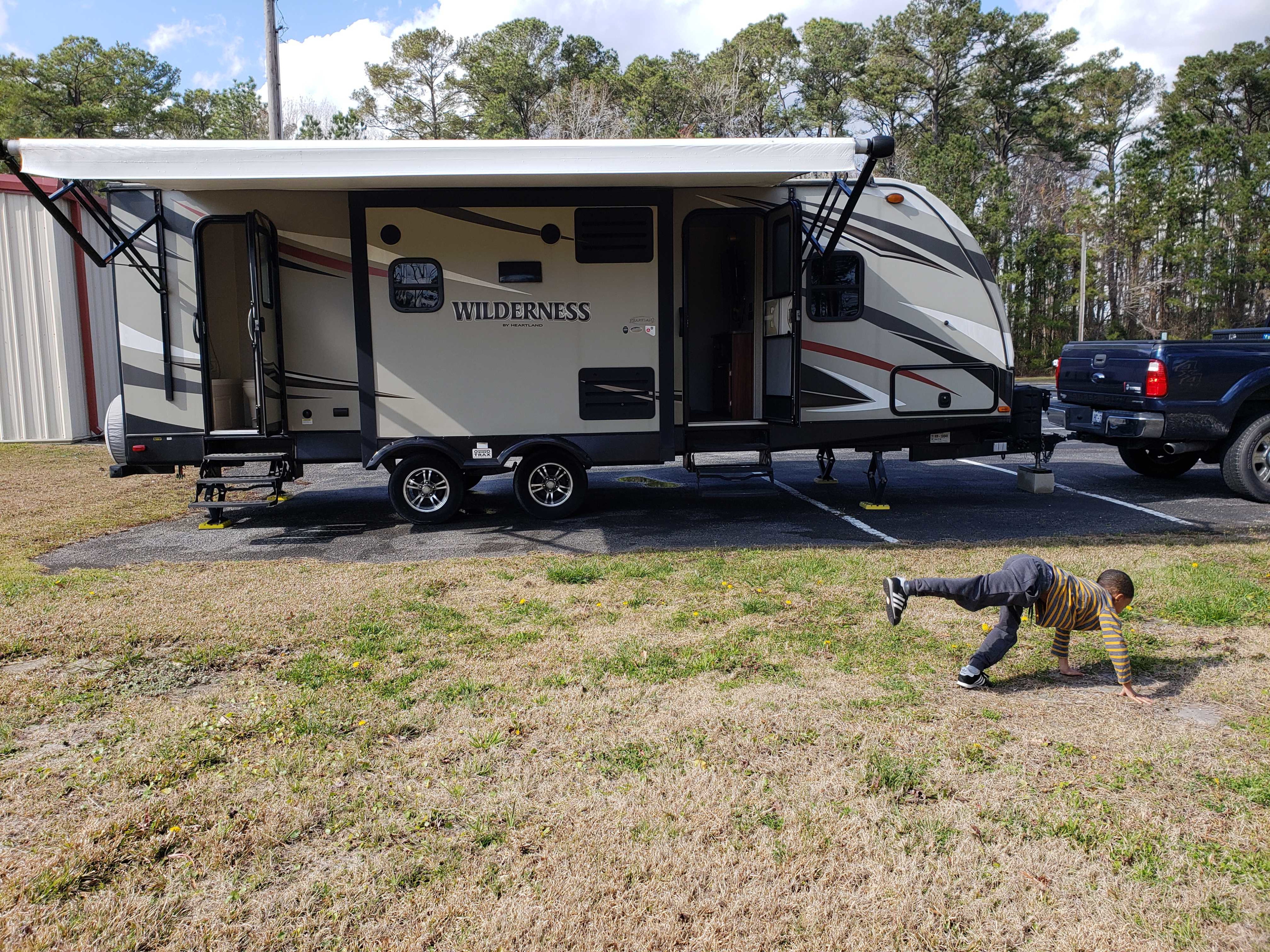 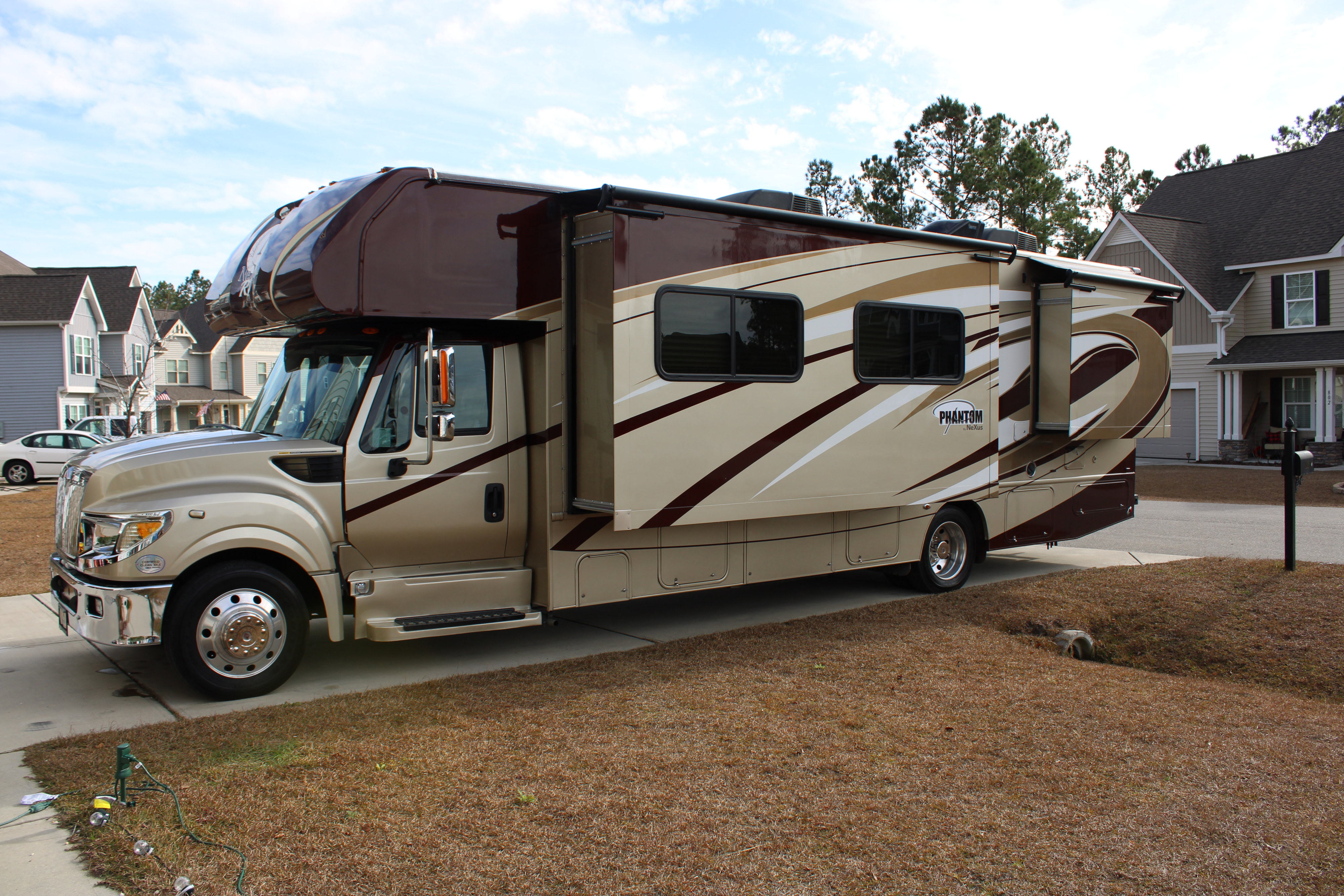 In the magnificent coastal region of North Carolina, you can find an RV rental in Newport that suits you and stay at one of the RV campgrounds on Bogue Sound. Waters Edge RV Park is a popular option, thanks to its ideal location between Jacksonville and the famed Outer Banks region of the Tarheel State. Nearby beaches, forests, and parks make for quite an outdoor adventure.

This lush Newport RV park is just off of Highway 24. It's so close to the ocean that you can smell the salt from Bogue Sound. Waters Edge RV Park campsites can accommodate tents and RVs; some of the best campsites are near the sound, with premium views and access to the water. Campsites come equipped with full hookups, so you'll have the comforts of home when you stay at Waters Edge.

Though the stunning ocean views are the most prominent feature here, there are more amenities to enjoy while RV camping at Waters Edge. The park is open all year, with modern restrooms, climate-controlled bathhouses, hot showers, office areas, wireless internet, paved streets, kayaking and swimming spots, fishing docks, satellite TV, and picnic areas too.

You won’t ever be disappointed by the scenery of North Carolina, between the stunning Blue Ridge Mountains and the epic beaches by the Atlantic Ocean. Campers at Waters Edge RV Park will have tons of options when it comes to nearby parks, forests, and recreation areas. Hammocks Beach State Park is an excellent place to check out while you're camping in Newport. The unique park contains several different areas, but most of it can be seen on Bear Island. This wild island is devoid of development, with several untouched beaches and forests along with primitive camping facilities.

Fort Macon State Park is a quick drive south of the RV park, near Morehead City. This historic piece of property has a massive fort that played a major role in the Civil War. You can tour this amazing historical fort and see artifacts and rooms in addition to the greenery that surrounds the structure.

Both Cape Hatteras National Seashore and Cape Lookout National Seashore provide vacationers with a chance to enjoy unspoiled and undeveloped beaches on the Outer Banks barrier islands. Dreamlike views, historic lighthouses, and majestic sunrises are part of the fun when you head to either seashore. Swimming, hiking, beachcombing, surfing, fishing, and birdwatching are among the many things you can do when you head to the Outer Banks with the campervan rental.

Croatan National Forest is an hour's drive north of Waters Edge RV Park. This sprawling forest covers over 355,000 acres of land. Several different ecosystems can be seen in the forest, from swamps and wetlands to coastal dunes and shaded forests. Hiking and biking are excellent ways to see as much of the wilderness as you can, and there are campgrounds within the forest, too.

The Outer Banks, Morehead City, and Jacksonville are packed with attractions to check out during your North Carolina camping trip. The History Museum of Carteret County provides valuable insight into the history of this region of the state. There is much to learn while visiting, along with a library that sells old books and a cafe where you can pick up a snack or a coffee.

Jacksonville has other interesting destinations to check out, like the Montford Point Marine Museum. This historical institution specializes in the history of the Marines, with uniforms, weaponry, old photographs, and a treasure trove of other objects that you can see.

You can even check out the Lynnwood Park Zoo with your family to see a beautiful menagerie of animals from all over the globe. Some of the resident critters include zebras, African-crested porcupines, pythons, and several birds of prey. The zoo is quite small compared to larger city counterparts, but there is plenty to do and see at the rehabilitation and rescue facility focused on animal welfare.

The Outer Banks region also has tons of places to check out, like the Graveyard of the Atlantic Museum. The museum is named for Cape Hatteras, which is often called the Graveyard of the Atlantic due to the overwhelming number of shipwrecks that have occurred offshore in its treacherous waters. Learn about these historic ships and the dangerous sailing conditions of Cape Hatteras that have doomed so many voyages over time.

Coastal vibes, lush forests, and vibrant cities are what you'll find while camping near Bogue Sound. Pull into one the campsites at Waters Edge RV Park and kick off your North Carolina RV camping trip.