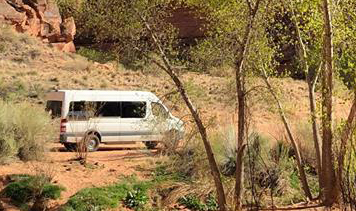 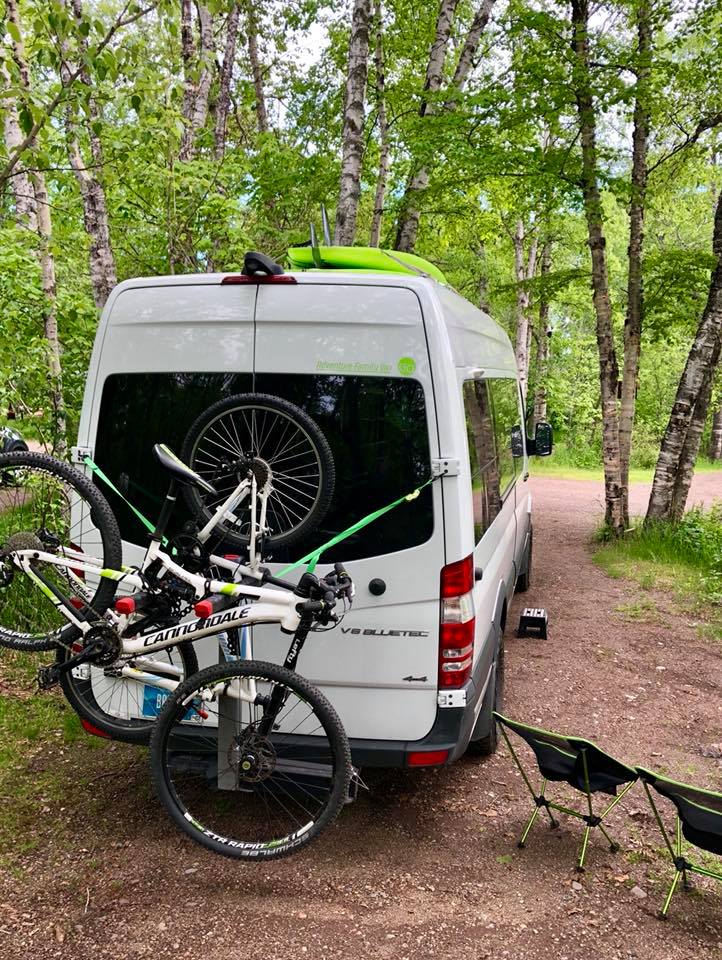 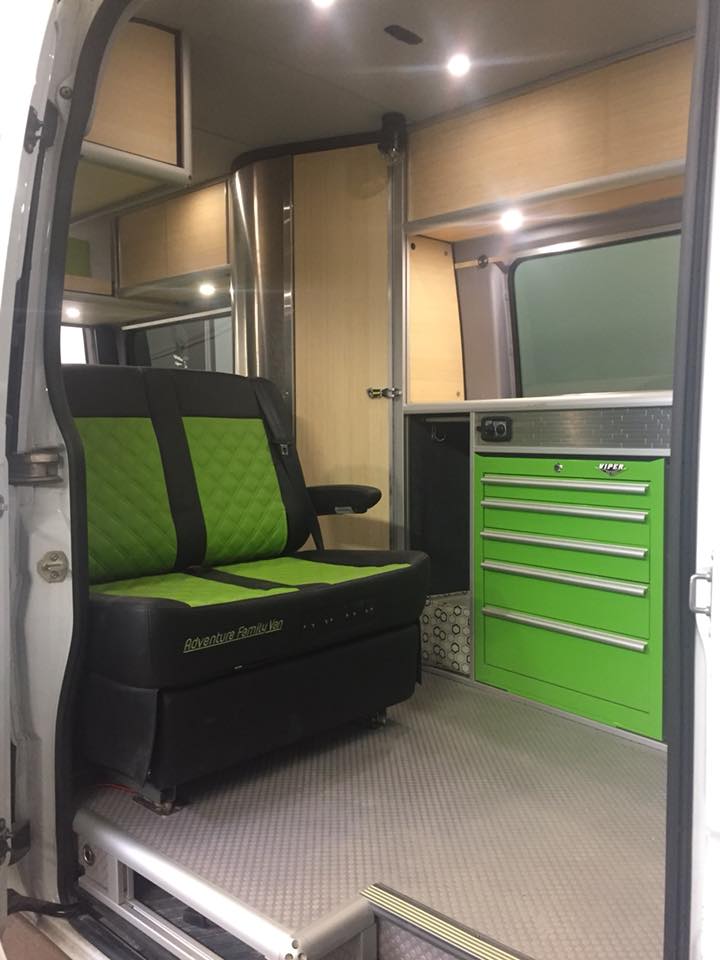 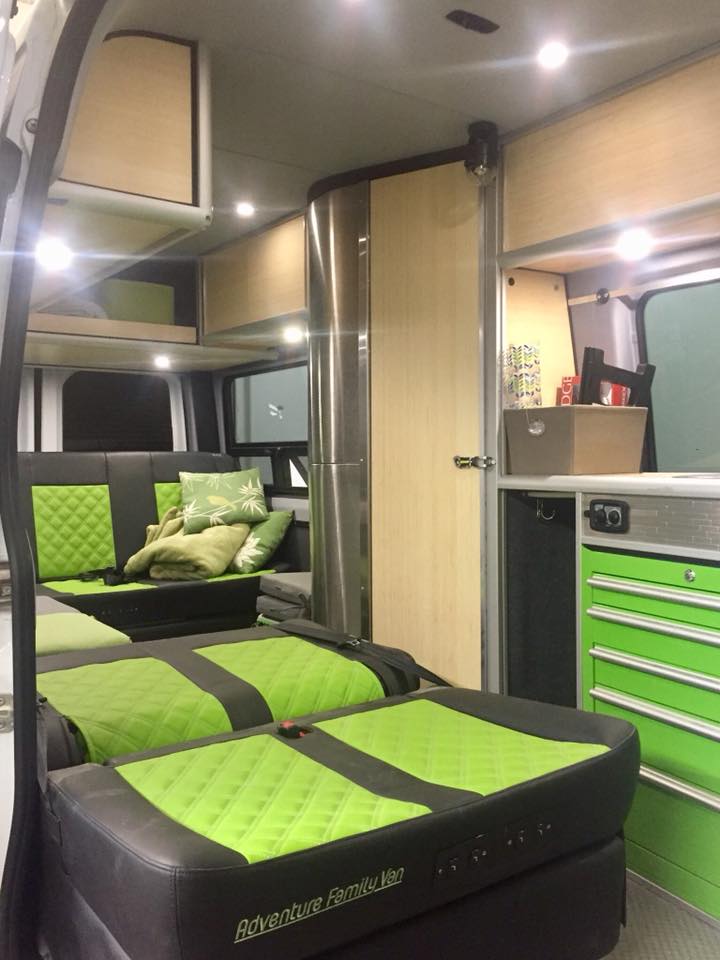 We build and rent the Adventure Family Van. Built on the Mercedes Sprinter 170 this camper is designed for versatility.

DVD player, and stereo and yes - there is a disco ball.

The 4WD van drives and parks sporty and easy and doesn't lumber along like a big RV. Diesel mileage in the high teens!

This is a great van and so much fun to travel in! Excellent communication from Scott who helped us a couple times when we couldn't remember how to make something happen in the van. (We are newbies.) Everything we needed other than our clothes & food were included: well-stocked kitchen, comfy bed all made & ready, cool adjustable table & lawn chairs for hanging outside. We'd rent this van again. Thanks so much, Scott!

4wd Adventure Family Van is just that, an Adventure van to get you in an out of most anywhere.

Kitchen with all cooking and dining gear w' Propane 2 Burner Stove and Sink.

Stocked with fleece sheets, blankets and sleeping bags too.

Our van gets great mileage: 20mpg+ and high teens depending on terrain and drivers.

This RV is strictly non smoking.

Cancellation policy flexible
Mileage
150 miles free per day You will be charged $0.50 for every mile over per day. 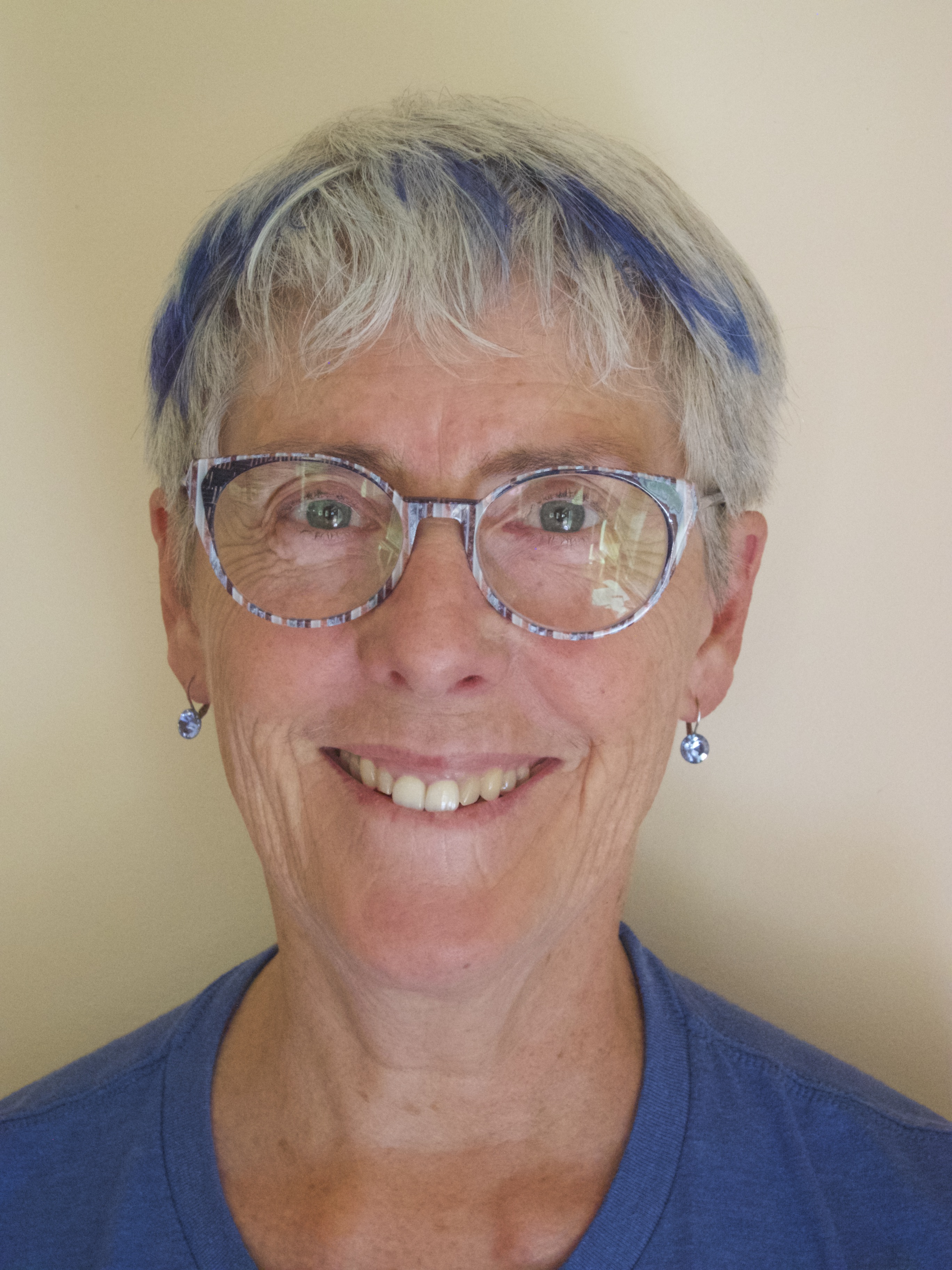 This is a great van and so much fun to travel in! Excellent communication from Scott who helped us a couple times when we couldn't remember how to make something happen in the van. (We are newbies.) Everything we needed other than our clothes & food were included: well-stocked kitchen, comfy bed all made & ready, cool adjustable table & lawn chairs for hanging outside. We'd rent this van again. Thanks so much, Scott!

Communication and service was top notch - amazingly kind to pick up and drop off at the Glacier airport (FCA). He was right on time with our flights! The van itself is perfect for exploring Glacier National Park. We spent 5 days in mid-September on the east side of the park and found it extremely flexible for camping anywhere - Many Glacier, St. Mary's (primitive at the time), and even KOA.

It's not obvious from the listing, but this van is WELL STOCKED - you literally don't need to bring a thing except clothes and food. Bedding is very comfortable, there are pillows and extra blankets for everyone. There are also 2 sleeping bags, I think 6 camp chairs (2 big, 4 lighter/smaller), picnic table, hatchet, lighters, shovel, first aid kit, 2 industrial camp fire roasting sticks, a sunshade that connects on one side of the van, and much more. In the kitchen, the green tool box contains: silverware, knives, cooking utensils, 1 pan, 1 pot, strainer, cutting board, mugs, cups, bowls, hot pads, can opener, tongs, saran wrap, aluminum foil, wine/beer opener, kitchen towels, dish soap, and more. Our favorite feature is the Nespresso coffee maker on the counter - Scott even included 20 pods for our trip! It runs off the 110 power plug on the battery, so it's a bit taxing, but darn if that isn't cool and convenient.

The van is very comfortable to drive. It is the 4x4 model and has large off-road tires to match. More than enough for any well-maintained dirt roads you encounter. It's also great at the higher speeds of the freeways - we had to drive around the park on fast roads and found it was comfortable and quick even at 75 mph. Great range too, 500-600 miles on the Diesel tank.

The seats that fold down into beds are as-described. On the smaller bed, we used a rubber bin we brought to extend foot spot for 3rd adult. The front passenger seat has a full 360 swivel so it can face back to the cabin. The large bed in back is very comfortable. Plenty of storage overhead for your things and bedding.

Electrical is powered by a Goal Zero Yeti 1000 Lithium Battery, which runs all electrical systems behind the driving section - fridge, lights, stereo, etc. One neat feature of this battery, which is accessible under the passenger seat, is the ports are accessible for other devices other than what's plugged in for the van. One 110v plug is open, and 4 USB ports. We didn't find any solar on the van, but the engine recharges the battery at 1% every 12 minutes with 60 amps input, no matter if you're driving or stationary. It's also the same rate if you're plugged in to an outlet. The van has 110 and 220 inputs on side for full service campgrounds. If you're not driving a lot, or plugged in, the battery can be challenging to manage. Scott was very upfront that about 70% remaining the fridge will taper off a bit in cooling, and at 40% left we found it kind of stopped cooling. Recharging the battery at a campground with power overnight fixed this, but it was a bit stressful to manage if you're planning to camp without power for a couple days or more. There are two dimmable light zones inside - one series of lights overhead, another under counter/cabinets. These are very cool, but can flicker a bit oddly when power is lower in battery.

Note the hot water only works when plugged into electrical service. And, Scott shuts off the water bypass to the water heater when the weather is getting colder, since a freeze would break it - make sure to ask about it if you're counting on it. Also, we think the heater only worked when plugged in (possible though it runs on diesel as it says in listing), and you have to be careful to leave the vents not covered (one behind small seat, other under back large seat) or they will shut off. We were not plugged in most nights, so we had to warm up by starting the van engine in morning and using the normal car heat, which was fine.

The stereo system is great - it has bluetooth although we couldn't get it connect, so we used a USB cable on the front. It also takes a 3.5mm jack if you bring a cord. The speakers in front and rear are very loud. It also serves as a DVD player for the ~17" TV in the back area - we enjoyed several movie nights this way.

The sink / stove combo worked flawlessly. The sink can be a bit slow to drain, which is normal. The stove is VERY quick to heat up and we cooked some awesome meals in there.

The bathroom with toilet and shower combo is a nice feature. We found the shower leaked a little near the base of the door and onto the floor, which we told Scott about - he's working on an enhancement there with a curtain and extra room so it should be fixed soon. It was nice to have this shower option since turns out all shower facilities in the national park close the week after Labor Day.

The van has a 25 gal fresh water tank, 25 gal gray water tank, and 10 gal black water tank. We never had to flush the black water, but the fresh and gray we had to refill and empty, respectively, a couple times. The process was fairly simple, although pay close attention when you're getting Scott's initial briefing about the order of pumps and valves. Also make sure you know which valve UNDER the van controls the gray water evacuation before you hit the road. When the gray water is full, it backs up first into the shower pan and then the kitchen sink - monitor carefully so you don't step into a wet bathroom in the middle of the night! The van also has a normal water bypass valve, so you can use freshwater from full hook ups at a campground and not tap into the 25 gal tank.

Overall this is a superb van - you can tell Scott's passion for this custom van life rig that he build himself. There's simply no better way to explore Glacier National Park. First of all, Scott was amazing to work with! Prior & during, he was quick to answer all of our questions and be as accommodating as possible. He was so friendly, picked us up from the airport with it, explained everything, etc. Great guy and felt so comfortable renting from him!

And then the van, Scott thought through everything and it was equipped with everything we could have needed...camp chairs, comfy bedding, kitchenware, speakers for music, espresso machine...it had everything! It drove super easily and had compartments for everything so didn’t feel cluttered at all. We camped along Glacier & into Banff and it did great!

If you’re looking for a van to take traveling & make special memories in, this is it!!

The camper van was the perfect size and set up for a family of 4. We traveled from place to place and it was very convenient to have all of or things on the go with the availability to camp where we wanted. I would highly recommend this set up, Scott is great to work with any is passionate about making sure your experience is great! It was great! Scott was very helpful and the van had everything we needed. The pics don't do it justice! Everything worked out perfect. 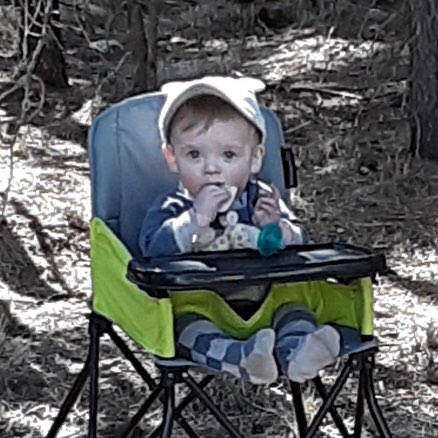 Scott was a wonderful host, and the van was amazing. We had a few issues, but Scott was always available to help us out with them. He is very new at this and I think we got the kinks worked out, so I would highly reccommend this RV as a way to travel!

Visit our FAQHow it works
Q.What flexibility is available for picking up and dropping off the RV?
A.
Rental price includes pickup and drop of in Whitetfish and/or Glacier international Airport Kalispell. Other arrangements available. 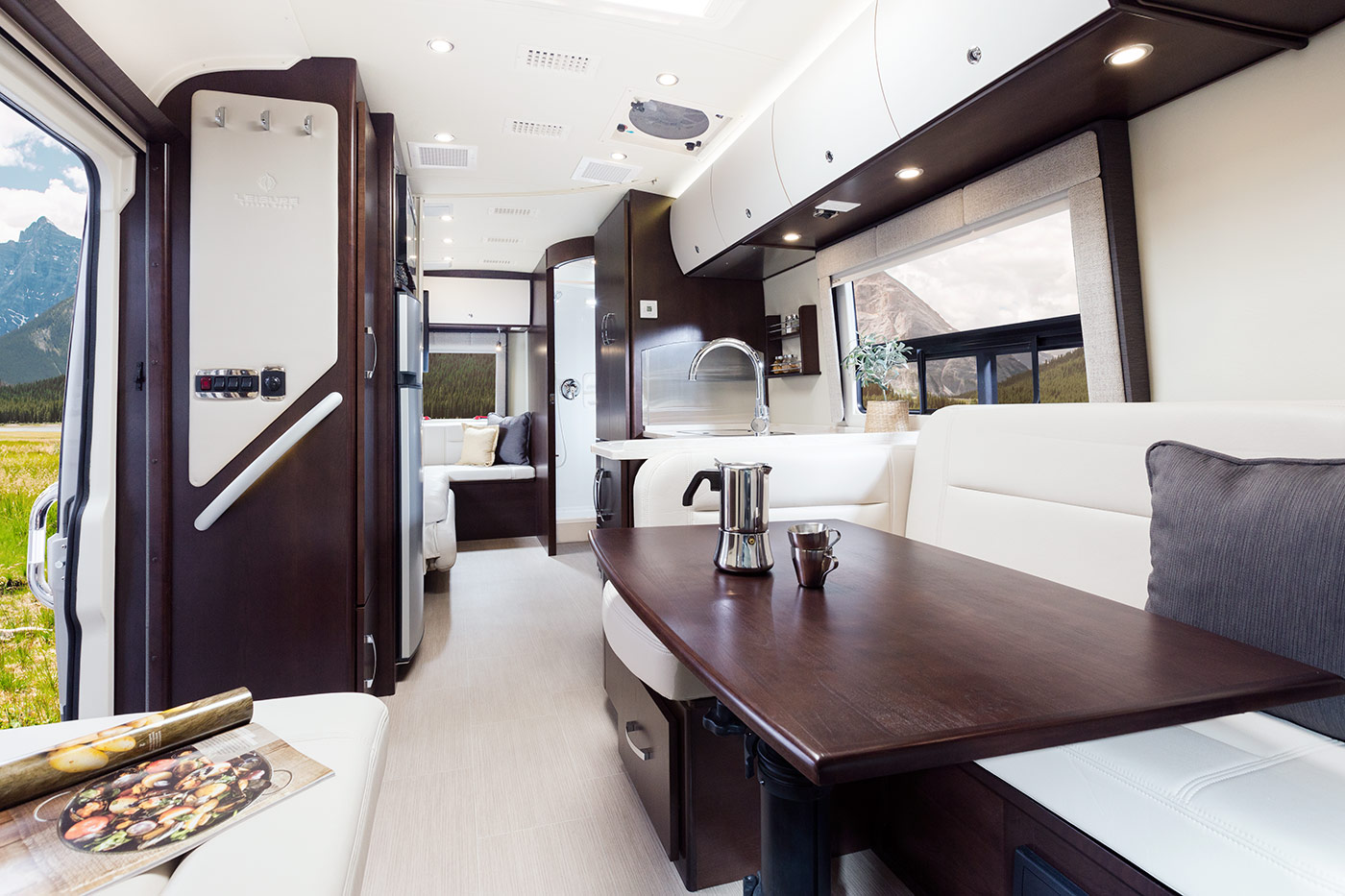 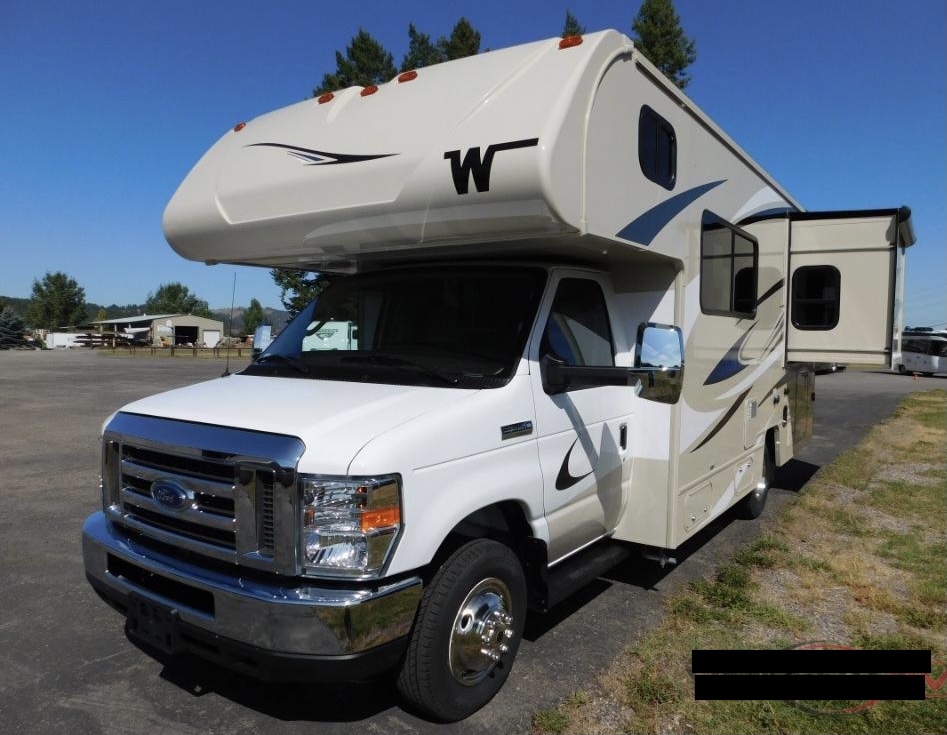 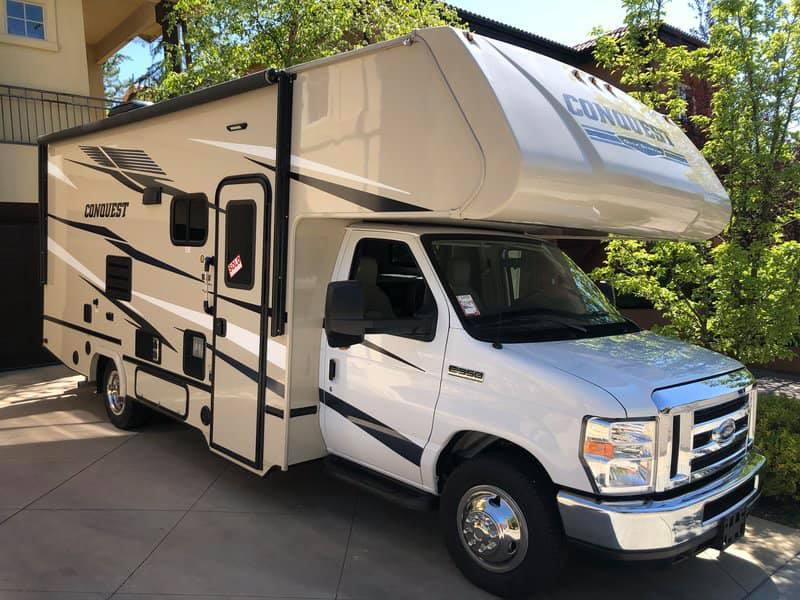