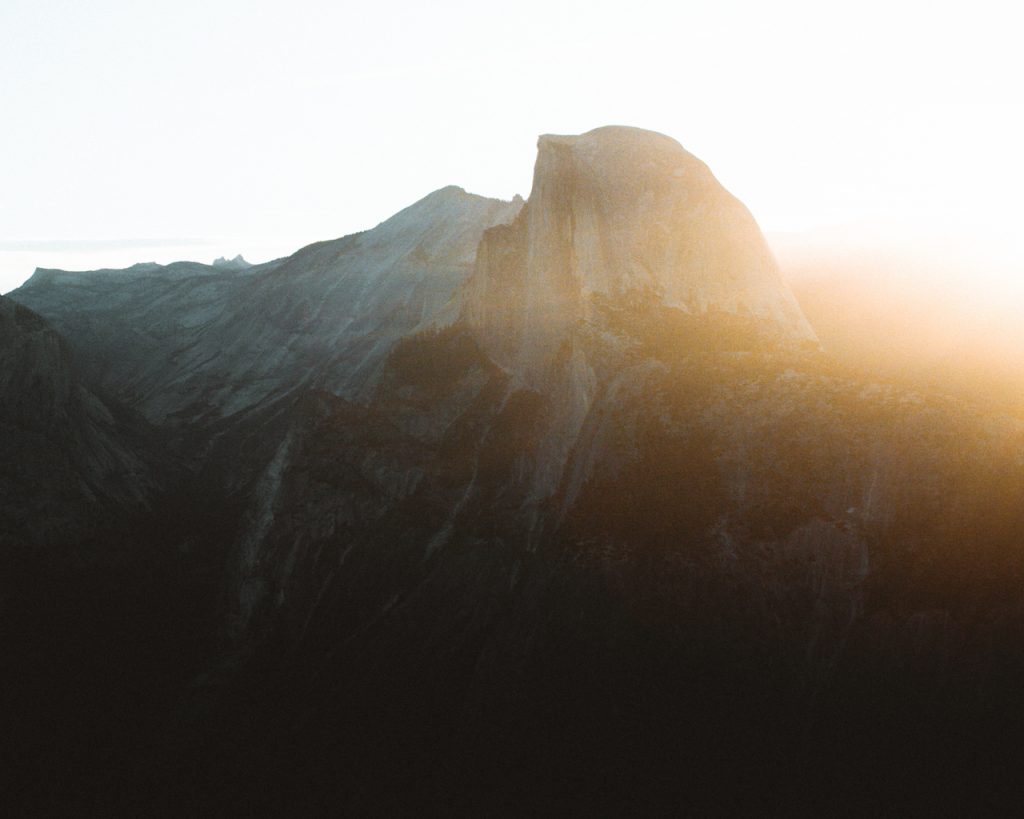 The legendary poetic naturalist John Muir once penned, “Yosemite Park is a place of rest, a refuge from the roar and dust and weary, nervous, wasting work of the lowlands, in which one gains the advantages of both solitude and society.”

Approximately four million people visit Yosemite National Park each year to experience its towering granite walls, vast meadows, old-growth sequoia, ponderosa pine trees, and humbling waterfalls. For most, Yosemite offers a unique opportunity to be awestruck by nature and experience a carefully preserved wild space, one that is accessible to all.

However, tucked beneath its iconic granite monolith El Capitan and scattered amid its pristine valleys lies a community of climbers, activists, naturalists, and nature enthusiasts who have opted to call Yosemite National Park home.

Andrew M. Upchurch, a transplant from Oregon, has called Yosemite home for the last three years. An avid climber, backpacker, and photographer, Upchurch finds that living in the park provides him the opportunity to venture into the wilderness without having to step foot into the bustling outside world.

Growing up in Salem, Oregon, Upchurch quickly developed an admiration and respect for the outdoors. Whether through climbing, hiking, backpacking, cross-country skiing or snowshoeing, he sought out any opportunity to experience wild, untouched places by any means possible.

After graduating from George Fox University in Newberg, Oregon, Upchurch was encouraged by mentors to take some time for himself before pursuing a graduate degree. With a growing admiration for the outdoors, he quickly learned of Yosemite’s world-renowned climbing reputation and felt the draw of the park’s soaring granite walls.

A routine hiker, backpacker, and climber, Upchurch made the decision to move to the park in May 2015 to immerse himself in the heart of the Sierra Nevada mountains.

Once in Yosemite, he was provided the opportunity do what he loved most—be outside—and he quickly fell in love with the landscape. He has since called Yosemite home.

“That depends on the time of year!” Upchurch explains. One of the benefits to working in a wild place is that every day is different.

During the high season in summer, when the valley is bustling with tourists, Upchurch often seeks solitude in the High Sierras by venturing out on a backpacking adventure with friends. During winter months, when the park is covered in snow, Upchurch straps on snowshoes or skis to undertake a complex system of snow-covered trails.

One thing is certain though, whether the valley is covered in snow or illuminated by warm summer light, Upchurch is finding ways to learn about and appreciate his home.

On an average working day, he wakes up to first light peeking through the trees and prepares for a day of hiking. He shares his passion for exploration with the public by accompanying eager hikers on one or two acclaimed hikes and guiding them to Yosemite’s most awe-inspiring views.

Once his workday is complete, you might find him nearby his cabin nestled in the woods enjoying the serenity of Tenaya Creek, reading a book. Other days, you’ll find him high in the mountains exploring his backyard or at a nearby crag, climbing.

The best part about living in a national park

“I can walk right out of my front door of my cabin and be on a backpacking adventure without having to drive anywhere,” Upchurch says. “It’s an incredible feeling, to know that I can start and finish a backpacking trip without driving my car.”

For most, planning a trip to a national park is an exciting proposition, but it requires pre-planning, preparation and accommodation. Finding the time and means to experience the park is carefully compartmentalized on a calendar.

For Upchurch, experiencing a national park is as simple as taking two steps from his front door. No car, no problem. His greatest passion is always within walking distance.

Yosemite as a source of inspiration

Though he shares his home with millions of visitors, Upchurch doesn’t shy away from an opportunity to seek out new perspectives. He cares deeply about the natural world, so living in Yosemite has inspired him to create art that will empower others to help conserve the landscape he calls home.

Once in Yosemite, he started capturing photographs and sharing his experiences with friends and family through images captured on an iPod touch. As he learned about the park, however, he was quickly captivated by an important part of Yosemite’s history: film photography.

Throughout the park’s history, photographers like Carleton Watkins and Ansel Adams have captured Yosemite’s breathtaking landscape and used landmarks such as Half Dome, Cathedral Rocks, and El Capitan to inspire a movement to preserve and protect California’s natural places.

Inspired by the authenticity of analogue photography, Upchurch grabbed his dad’s old 35mm Nikon N80 film camera and started photographing his daily life living in the park. He has since developed an audience that seeks inspiration from his work and continues to connect with other creatives that share his passion for the outdoors.

In a culture of always-progressing technology, his photography pays tribute to Yosemite’s naturalistic history by capturing the landscape in a raw and unaltered way. Much like the photographers he admires, he creates art that inspires others to respect and appreciate the wilderness.

Life in a national park is a paradox of modesty and madness. Though most visitors flock to the park to see postcard-worthy views and gaze at wildlife, others are living beneath the same immense granite walls to experience the simplicity of the natural world.

The experiences Upchurch has amassed from living in a national park continue to inspire others to recognize the importance of protecting the environment, so generations to come can experience the magic in the Sierras.

To get a better glimpse into the world of Andrew Upchurch, check out his online portfolio or follow him on Instagram.