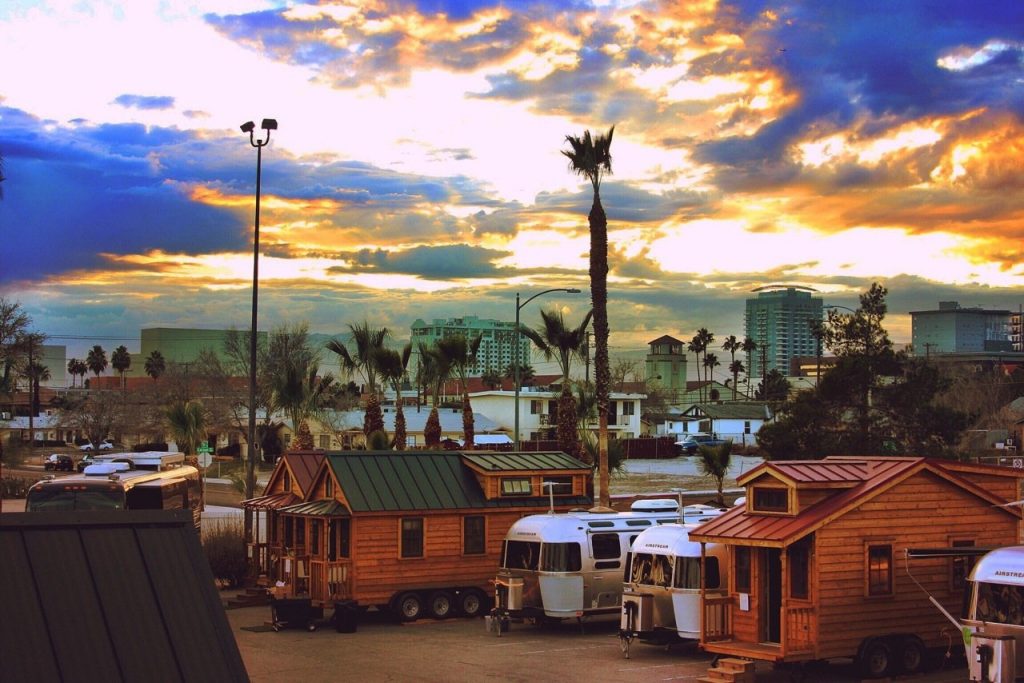 It all started back in 1999 when Zappos’ founder, Nick Swinmurn, was frustrated by an unsuccessful shopping trip. He decided to do something about it. The result was an online shoe store ahead of its time when it came to selection and online customer service. How did we get from there to the mysterious Zappos CEO’s Airstream?

Five years ago, Zappos was acquired by Amazon for $1.2B. The CEO Tony Hsieh had money to spend and a passion for Airstream RVs. His desire to create community (Hsieh is a passionate festival-goer) and the Airstream inspired him to create a whole new neighborhood in dead urban space.

He started by spending $350M into Downtown Project, a daring plan to revitalize central Las Vegas. He put $50M in startups, real estate, the arts, (and a giant praying mantis that shoots fire from its antennae) with the goal of creating “the most community-focused large city in the world.”

The downtown trailer park that Hsieh both owns and lives in is more than just an urban campground. It’s an ambitious plan that combines concepts like small living, affordable housing, artistic freedom, and community involvement. Life in Airstream Park, or “Llamapolis“, revolves around spontaneous campfire sing-alongs, and freely roaming alpacas. This experiment in city camping and small living has become symbolic of the effort to bring this neglected area of town back to life using the Zappos‘ company slogan, “Create fun and a little weirdness.”

Hsieh currently lives in a renovated 240-foot Airstream trailer in the park, and several of the long-term residents are employees at Zappos like himself.

He moved to Llamapolis from his luxury condo in 2014, and has embraced the minimalist lifestyle that features more chance meetings and serendipitous occurrences. Guests can choose between staying in a classic Airstream silver bullet, or an even smaller Tiny Tumbleweed cottage. Both types of accommodation are upgraded and renovated with all of the most modern appliances and entertainment systems, like Bluetooth stereos and satellite television. Communal amenities include laundry facilities, outdoor eating areas, and a kitchen and pantry.

The Downtown Project continues in Las Vegas, with as much drama and creativity as a classic American road trip (downtown Vegas traffic flow isn’t there, so money’s been wasted).

The Zappos CEO’s Airstream and vision of a neighborhood based on sharing space and time is an intrinsic part of a daring vision. These days, it’s more about the power of community living than gambling or show tunes, and it’s not a surprise that the shiny silver bullet and a portable cottage was the inspiration for much of it.

Update! A just-released economic impact report that shows of the estimated $500m they’ve invested thus far, fewer than 2K jobs have been created. Out of their total $86.6M recurring annual impact, $77.7M comes from their 3-day Life is Beautiful festival. This tells us two things: One, people love festivals! and Two, city revitalization is HARD. If you’re interested in attending the Life is Beautiful festival, we know a great place for you to stay. 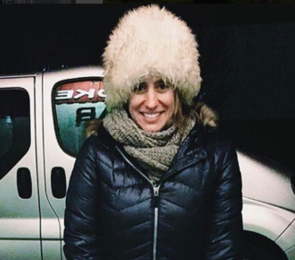 Director of Marketing, Content
Drove her first Class C in October.
Previous Post « The Top 5 Most Searched RV Destinations on Yahoo
Next Post How getting started with Outdoorsy is like starting your own RV rental business »