Nice camper, great AC. There was prior broken stuff in camper that would’ve been nice to know about before we got camper. There was a stain on bed sheet and big brown stain on mattress. My buddy had to buy cot to sleep on. Hari did reimburse $50 and didn’t charge us for dump fee.

The trailer is a brand new 2021 Keystone springdale 1760BH which is small enough to tow but spacious with the slide out. It has a queen size bed and big storage under it and it has a booth which slides out and can also be converted to a bed. There are bunks in the back, can sleep one on each. The bathroom has a shower, sink and the toilet seat and some storage to keep the brushes and hair dryers. The kitchen has two gas stoves and has a exhaust fan above to vent all the cooking smell out. The trailer is solar prep so you can plug in your own portable solar panels and charge the battery. Comes with a propane cylinder and 23ah/160 minutes battery.

linens, delivery and pickup available within 30 mile radius at extra cost, Generator is included with a minimum of 3 day rental

No smoking, Climbing on the roof. No pets on the beds

Have a question about towing?
New to RVing? No problem! Outdoorsy community member, Mike Jackson, gives you the ins and outs of RV propane tanks and propane accessories.
Content by 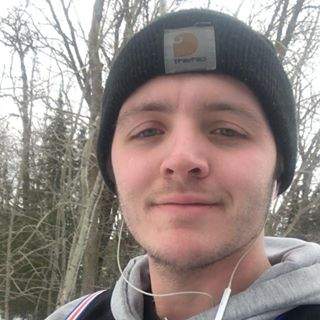 Nice camper, great AC. There was prior broken stuff in camper that would’ve been nice to know about before we got camper. There was a stain on bed sheet and big brown stain on mattress. My buddy had to buy cot to sleep on. Hari did reimburse $50 and didn’t charge us for dump fee.

The camper had absolutely nothing in it except sheets on the beds. There was not even a wastebasket or even a paper towel or paper plate. The mattresses were so thin, I put the two on the bunks on one bunk and it was still like sleeping on a table top. I would not recommend this trailer to anyone.

Now, he is making a claim against me!. He says there is a smell of cigarette smoke in the trailer. I am 73 and do not smoke! There was never anyone in the trailer with a cigarette. Also, he is making a claim because the tanks are not empty! I paid him to deliver the camper and pick it up. I don&#39;t know how in the world he would expect ME to dump the tanks. I thought that would have been included in delivering the unit to the camp site and picking it up. I am protesting this charge!!!!

Hari was great to work with, very quick on responding to all of my questions and was very patient with this first time RV-renter! He delivered and setup the RV, walked through everything I&#39;d need to know and even offered to answer any questions that may come up over the weekend... above and beyond in my opinion! The camper itself is in excellent condition and my 11yo son LOVED the bunk beds. They became his &#39;rooms&#39; which we needed as the weekend had some rain in store for us. There was enough space inside to give us the room we needed during the rain and the table was great for the board games and card games we brought with us. Overall, this is an excellent option for your trip and Hari is a great person to work with.

We have a great trip and enjoyed the camper. Will do again!

Had a great family trip this past weekend. Hari was great to work with and answered all of our questions. We will definitely rent from him again in the future!

Good rv to rent. Owner is good to work with.

Visit our FAQHow it works
Q.What flexibility is available for picking up and dropping off the RV?
A.
Please communicate if the RV needs to be picked up earlier or if there are any delays in drop off.

2019 Toyhauler/Hotel on Wheels -Will deliver and setup

Perfect Camper for a Couples Getaway!

Glamp in Style and luxury!