Derrick was very easy to work with. We had a few minor things on the rig break during the trip, but provided Derrick with a list to take care of. Nothing that impacted our vacation enjoyment at all. The RV ran great throughout our trip, and everything we used was in working order. We never used the TVs, or media players so I can not comment on those.

Cancellation policy moderate
Mileage
100 miles free per day You will be charged $0.35 for every mile over per day.
Generator usage
Unlimited generator hours
It doesn't get more convenient than having your own bathroom on the road. Let's talk about the 3 main types of toilets you may encounter in an RV rental.
Content by

Derrick was very easy to work with. We had a few minor things on the rig break during the trip, but provided Derrick with a list to take care of. Nothing that impacted our vacation enjoyment at all. The RV ran great throughout our trip, and everything we used was in working order. We never used the TVs, or media players so I can not comment on those. 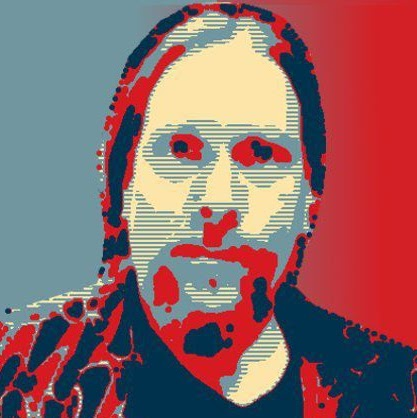 A previous renter left a very negative review of this RV, which I didn't see until the day I was going to pick it up, and it scared me - but my experience was much better than theirs. The brakes had been completely redone right before I picked it up; I had no mechanical problems at all, and it was quite acceptably clean.

It is an older RV, and it has some wear and tear - things like a torn shower curtain, cracked shower head, a cabinet that doesn't want to stay closed, a shade awning that doesn't work, etc - but we found it pleasant and comfortable for the most part. I reported the relatively minor issues to the owner; hopefully they'll be addressed in the near future. Internal systems mostly worked without any issue after I figured out what I needed to do. (Inclusion of an owner's manual would have helped, though; I was new at this and it took me a while to understand some of the procedures.)

Derrick himself was quick to respond to messages, friendly and helpful when I had questions, and flexible with the drop-off time, which I appreciated very much.

There are a few cautionary remarks I would make about this RV to people considering renting it in the future:

1) It doesn't really sleep six unless four of them are small children. It has seat belts for six, but only three beds - a queen in the back, a narrow bunk over the cab, and a couch that folds out but is only five feet long. It worked okay our family of three, but four adults would be cramped and I don't see how five could work at all.

2) It's better suited to RV parks with hookups than to boondocking or dry camping. The house battery is rather small and drains quickly when you have the lights on. Also, the inverter doesn't run when you're on battery power, so I had to use a portable battery for my CPAP machine when we weren't on shore power. You can run the generator, but many campgrounds don't allow that at night, and the fumes get unpleasant. We did about half our nights with hookups and half without, and "with" just ran a lot smoother.

RV was filthy when we picked it up. Dusty, dirty and had mouse feces in cabinets and drawers. Sink and stove had crusted food on them both. Fridge and freezer were disgusting. There was personal items still in the RV we had to clean out as well. He claimed he had cleaned it according to Covid-19 protocol but that was a straight up lie. It was not even swept out. Took my wife and I over 3 hours to clean before we felt ok to put our personal stuff in it.
Microwave did not work, he plugged it in to show me it worked but just cause the lights come on didn't mean it worked. It has TVs in the front as well as the back bedroom which neither worked from the cable at the resorts we stayed at.
This RV should not be rented out.
A third of our way on our trip the brakes went out. Blown caliber and there was no pads left at all. He had told us that the brakes were just checked and had "60% left", another BIG lie. Not cool to step on the brake pedal with your family in a large RV and it go to the floor with out stopping. Took a day and 1/2 to see a mechanic to get it fixed, cost $448 which is is not paying. He was not present during drop off and had his wife record mileage and we left. He the claimed we did damage to the RV on the passenger side which was another lie as I took pictures of the RV prior to leaving showing the damage he is claiming. Now he is not giving me back my deposit.

I’m sorry for your experience… The temporary fix that you have done used used parts and cause more damage to the brake system… I took it to a different repair shop to confirm issues and cost and what is work is needed ....which is $4400 to replace the whole brake system due to Band-Aid fix… I’m new to outdoorsy not Exactly sure how it works... I hope their insurance covers it… Do you get your deposit back? I don’t want it ..... I don’t appreciate the personal attack… I take the RV to a mechanic shop between every rental... to do inspections and service the RV ... I definitely won’t be using RV service and repair out of gilroy located on Automall parkway .... the 2 other shops confirmed the breaks at this time need every thing from pass to rotors to master cylinder