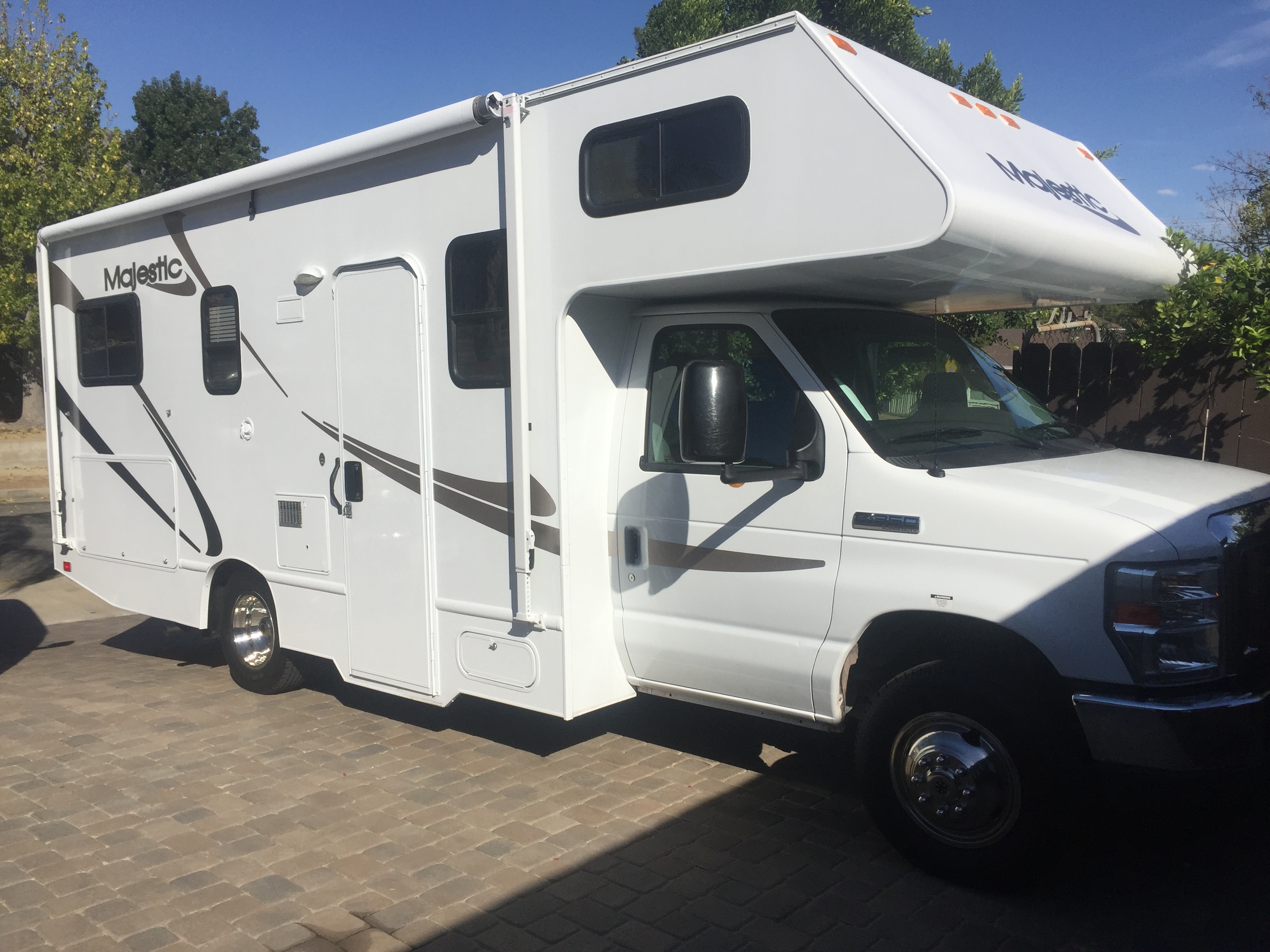 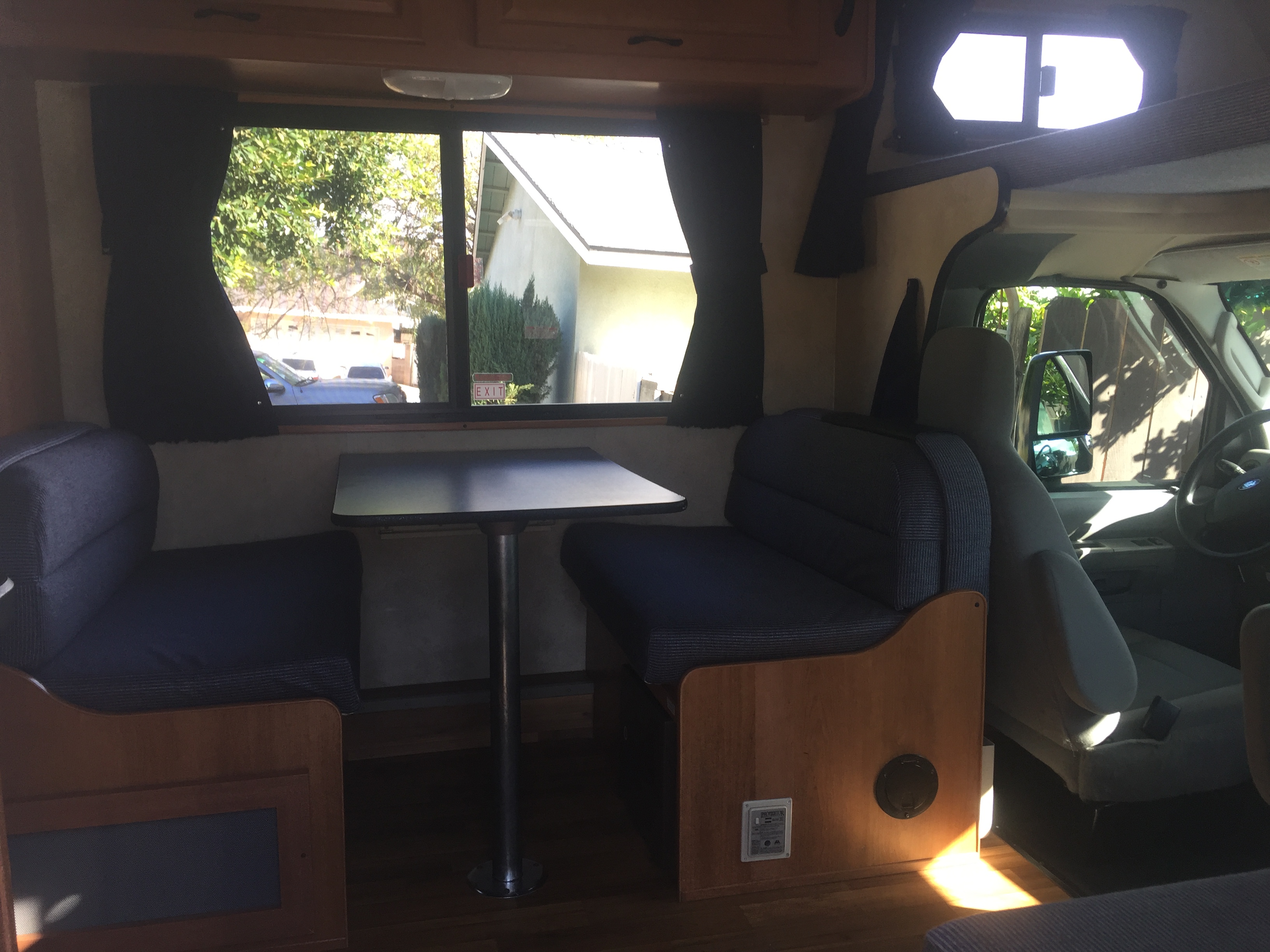 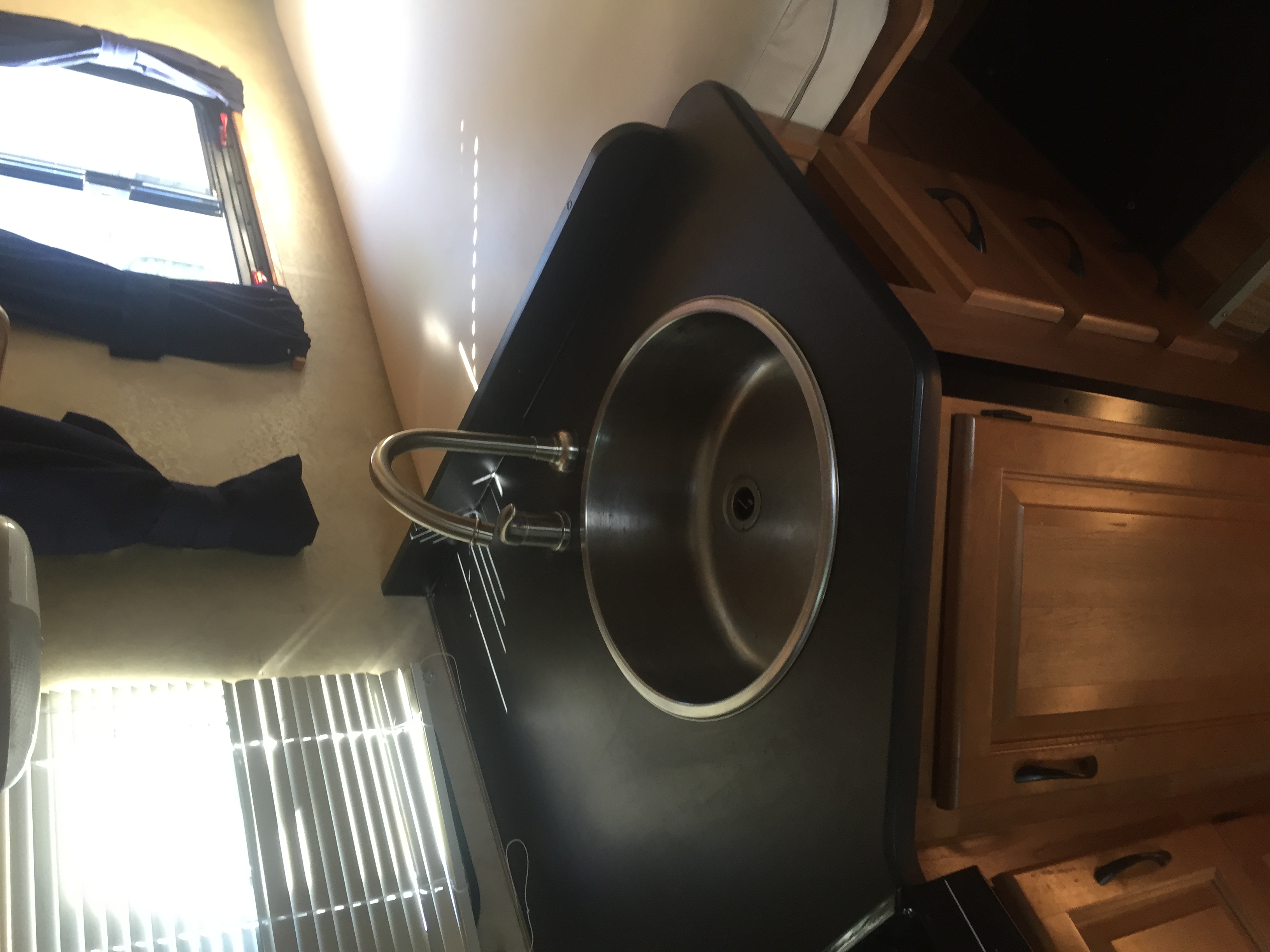 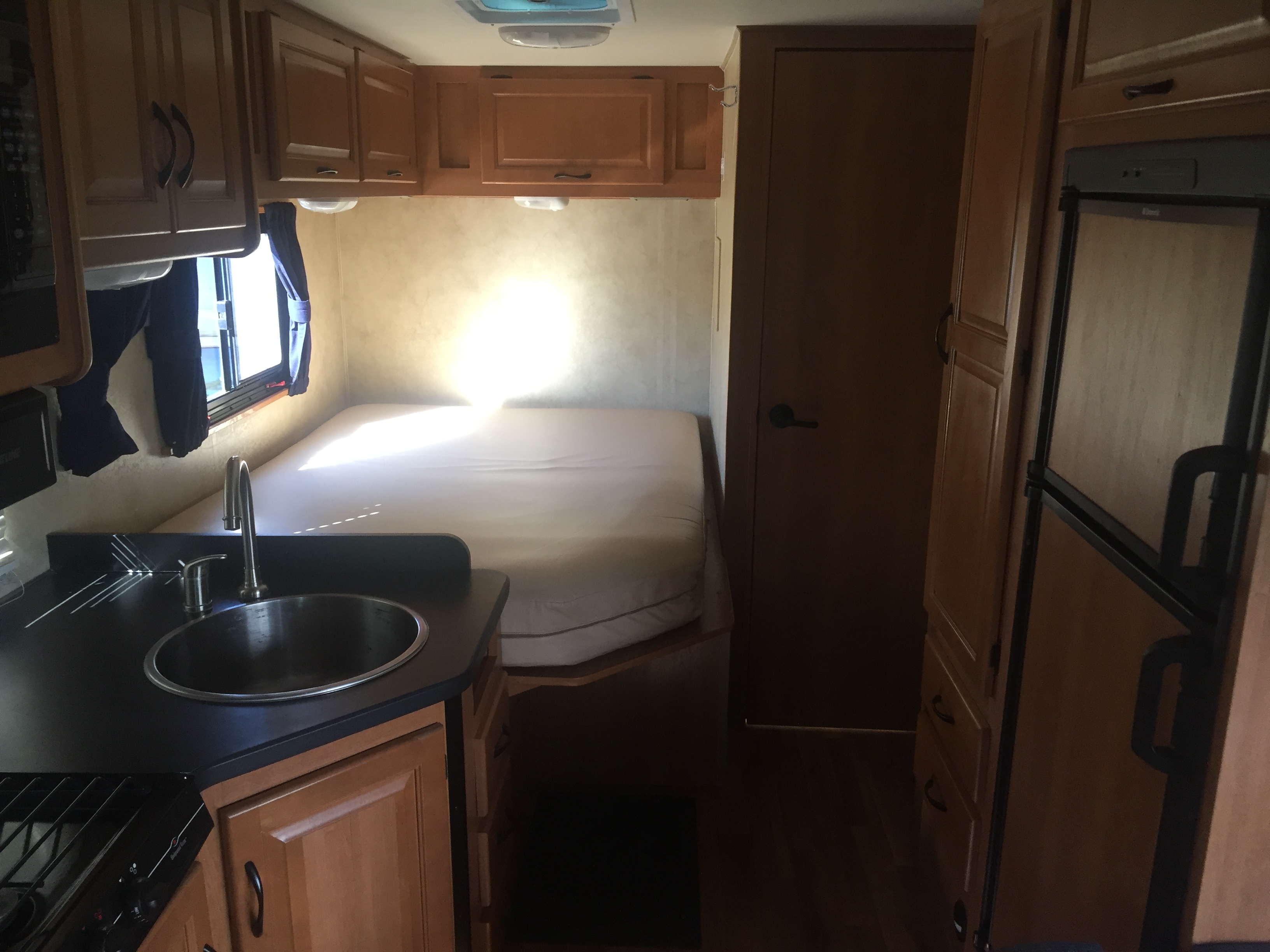 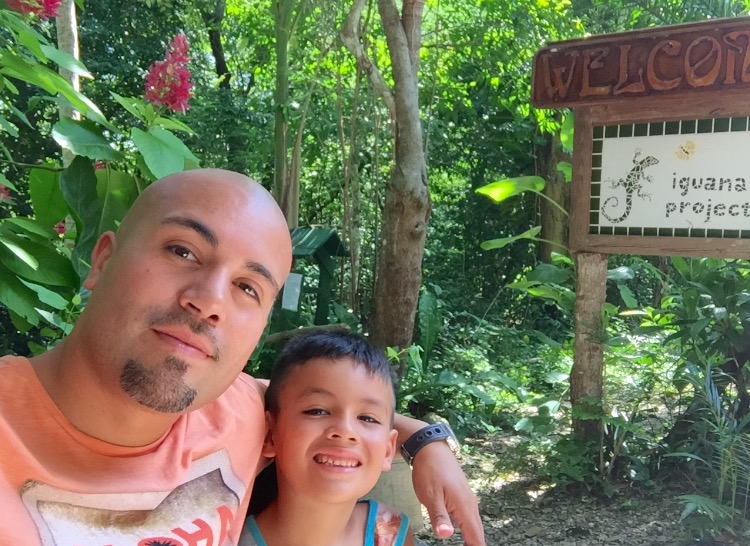 PLEASE BE A VERIFIED DRIVER only then will insurance protect you and I.

RV Drop off and pick up are available for $50 each way plus Uber/Lyft fee within a 40 mile radius.

Very clean spacious RV for your enjoyment. Simple rules here, treat the Rv with respect. No partying (not a party RV this is my family's home too), NO PETS (there will be a charge), absolutely no smoking (there will be a charge) no climbing on roof. We replace anything damaged in the RV so the RV is clean. Any damage will be removed from the deposit. We want every guest to enjoy a clean RV please help us maintain it.

Pick ups are at 9 a.m or earlier if possible (day of rental) drop off is at no later than 12 p.m (end of rental) NO EXCEPTIONS with a minimum of three nights unless otherwise stated. Late fee of $50 assessed per hour up to $165 (additional day).

Dumping charge will be $58 if not dumped.

Generator runs off the RV gas tank be sure to check fuel level at all times it will automatically shut off at 1/4 tank,if using for a few days on and off please make sure you check the oil levels , also generators are not meant to be ran 24/7.

When using an awning and it does not have automatic wind sensors DO NOT leave awning extended in windy weather.

Lights in cabin, water pump, and fridge all run on the 12V battery make sure it is at an appropriate charge at all times (included in rental is a solar panel to maintain batteries as long as there is sunlight)

RV comes with basic kitchen utensils and basic cleaning products only. (No Linens)

I am always available by phone/text/email for any questions when on the road.

And please give me 24/48 hrs advance notice to have the rig nice and washed for you. Thank you 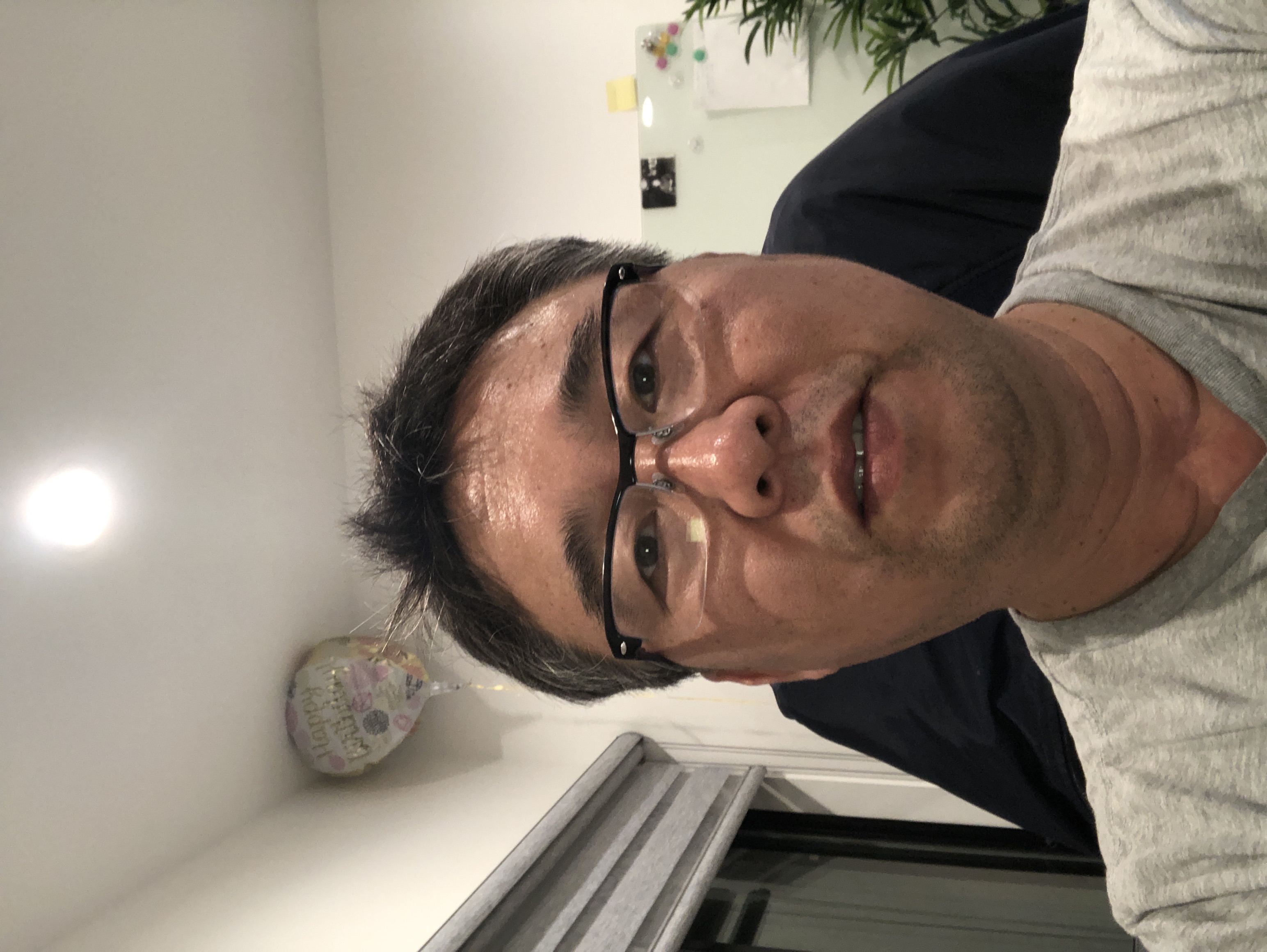 he gave us awesome help in our trip!!!!

it was my family's first trip..

great experience with his help

Never rented an RV before. His price was right. Got the whurlwind tour of how to work all the mechanics. Everything worked flawlessly... refigerator, sewage, water, etc...

Its not the most high end vehicle on the market but the price and size was perfect for us. 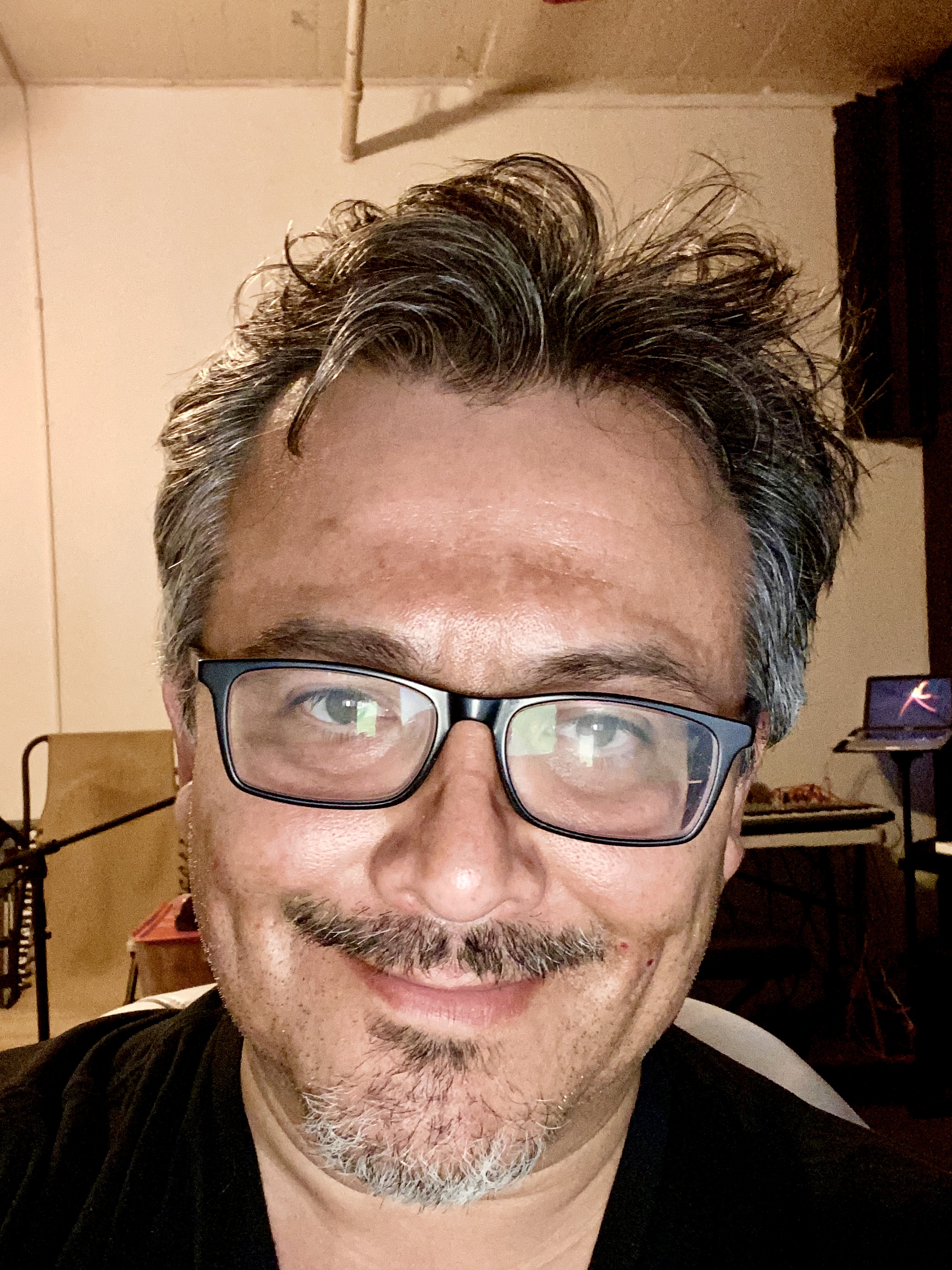 This is not the first time I have rented and RV but it was my first time renting from this site. My advice to you is: rent from a local business that specializes in renting RVs. It may seem more expensive to rent from them, but it really isn't. In my case, I tried saving $100 and ended up spending more than $1000 extra after adding all the owner's BS charges, the hotels, the Uber rides, and the campground fees (that campground went unused for 3 out of the 4 nights I paid for), etc.

Cosmetically and mechanically, this RV is in very good shape. I had no problems in those areas. The problems I had were all related to the electrical system and the owner's business acumen.

First off, the RV is not in Los Angeles, the RV is in Sylmar, which is about 1 hour north fo Los Angeles, keep that in mind. I have no doubt that the RV is listed as being in LA in order to attract more renters - it sure fooled me. So make sure to take that into account from the get go.

The owner told me with only a week before my trip that the generator did not work. That should have been reason enough for me to run. But, I did not have the time to spend looking for another vehicle. I made the mistake of trusting the owner and taking his word at face value when he said that everything would work if the RV was plugged into power. He said that without the generator, only the rear AC would not work while driving. He offered me a free day to make up for the busted generator, so I thought that was fair. The reason I accepted the free day was not because I was going to leave on my trip any sooner, but because I figured he would also be crediting me with 120 miles of use.

Turns out, the AC barely works in Southern California weather and it is an insult in Arizona weather. We were forced to get a hotel room and the owner said we would work something out upon my return. Fine, I figured I would be OK if he issued a credit for the two days we had to stay In the hotel.

When I returned the RV, I was shocked when he effortlessly fired up the generator. When I asked him about that he said "It works, but it doesn't work for you." I am not sure why he quipped to me that way but I believe that he knew the AC was not working and simply told us the generator was not working hoping we would not find out about the AC. He had given me a free day to make up for the "broken" generator but I came to find out the free day came without any free miles, what good was that free day for? Nothing, really.

I was 6 hours late returning the RV, he charged me an additional full day of rental but again, failed to issue any mileage credit. He had told me the cleaning fee would be $100 if I didn't clean the RV myself (in fact, that was the price listed in Outdoorsy for cleaning of the vehicle) yet he charged me $150. He was actually very upset that I did not clean the RV - the inside was, in fact, clean and because of his attitude, I told him that if it was such a big deal, I'd just go and get the thing washed right there and then and he said he had no time to wait for me. Since he planned on charging me for an additional day for being late, there should have been no reason for him to say no. If you are wondering why I didn't clean the RV, it was actually clean on the inside, I did not armor all anything, and I did not buy any little tree air fresheners - there were at least 6 of those in the RV to mask the stench coming from the septic tank. I also did not clean the bathroom but then again, it had only been used once by my girlfriend who told me that it smelled horrible in there and so we made Rest Area stops and used the bathrooms at the campground. I was very, very tired from driving and knowing I was running late, I figured I'd just pay the owner the cleaning fee. Little did I know I would get so much attitude because of it.

But really, the attitude he was giving me was completely uncalled for. He said to me that he didn't rent RVs for a living and that doing so was just a side gig for him. Perhaps he was trying to justify his frustration. I think he should quit the business if he is so bothered after charging a premium to hose down the vehicle. I think he forgot that $100 is a very generous amount of money in exchange for washing the RV. Oh, but yes, he decided to charge $150 for doing so even thought the cleaning fee was advertised at $100 and he himself told me before the trip that is what he would charge! That is the kind of guy you will be dealing with.

As far as the AC is concerned, he turned it on right there in front of me and yes, you could feel cool air coming out of the vent - not cold, just cool - if you put your hand right in front of the vent. There is no way that AC will cool that RV in 80 degree weather. Now imagine how inadequate that thing was in Arizona weather. Therefore, the owner determined that since the AC does work, he would not be cutting me any breaks. I pointed out that the AC is a joke and would never cool that RV and he snapped at me with "This is not a hotel on wheels!" He then tried lecturing me about using other people's property. And, if that were not enough, he also charged me for the fees Outdoorsy charges him. How's that for working things out?

I don't know about you but, the reason for renting an RV was to have a hotel room on wheels. I wanted all the comforts of my city life right next to the lake for a weekend with the family. Think about it. I could have paid $50 more per day and rent a couple of rooms at Best Western, avoid paying for all that gas, and have the cleaning of the rooms included. But the whole point of an RV is to have the hotel room on wheels and be able to take it wherever you need.

I advise you to rent an RV from a local outlet that specializes in these types of vehicles or better yet, post on Facebook and see if one of your friends is willing to rent you theirs. I tried saving $100 and ended up spending well over $1000 EXTRA - I should have just rented from the place I rented from before.

It was everything we needed for our road trip! Thank you Eddie 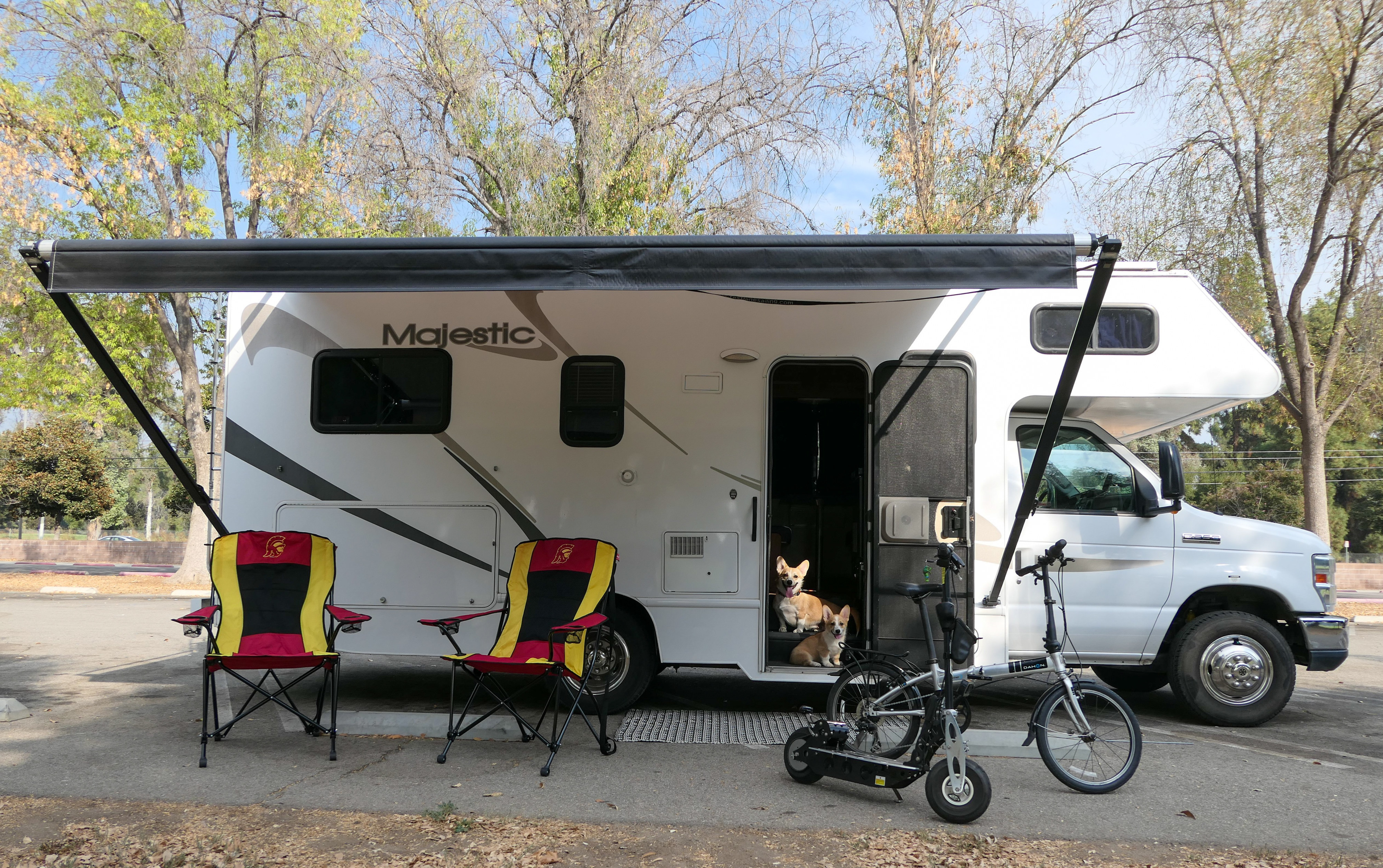 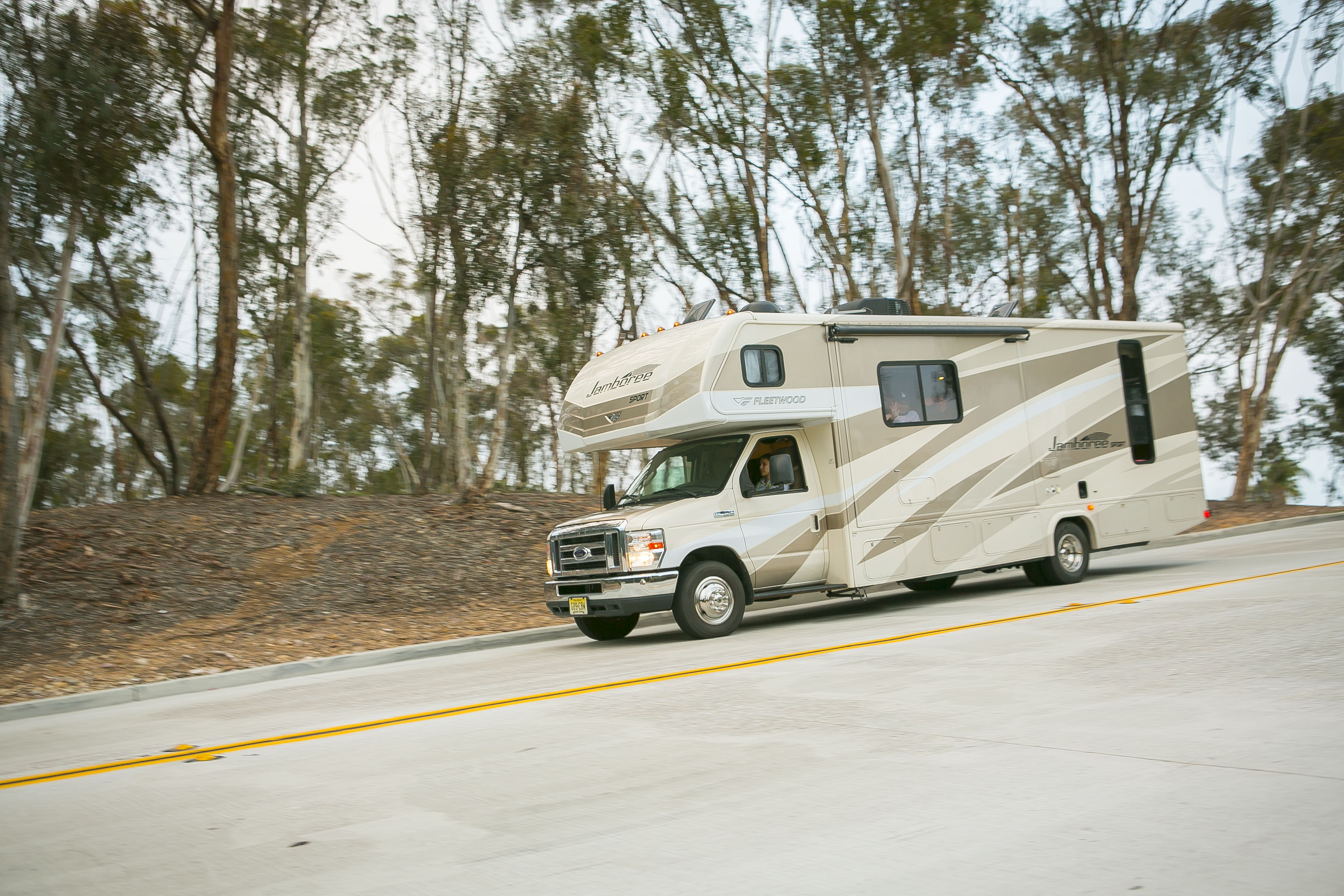 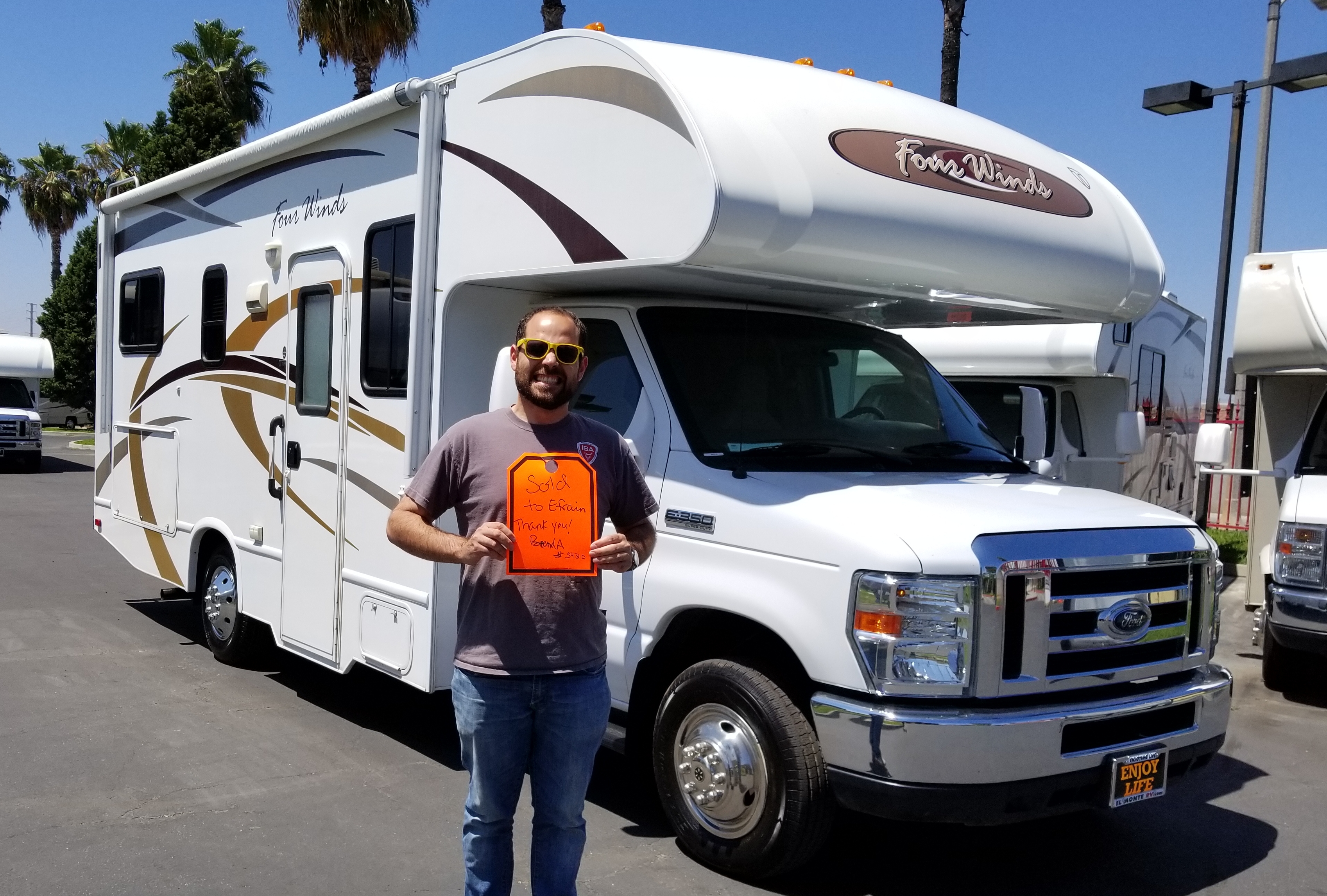 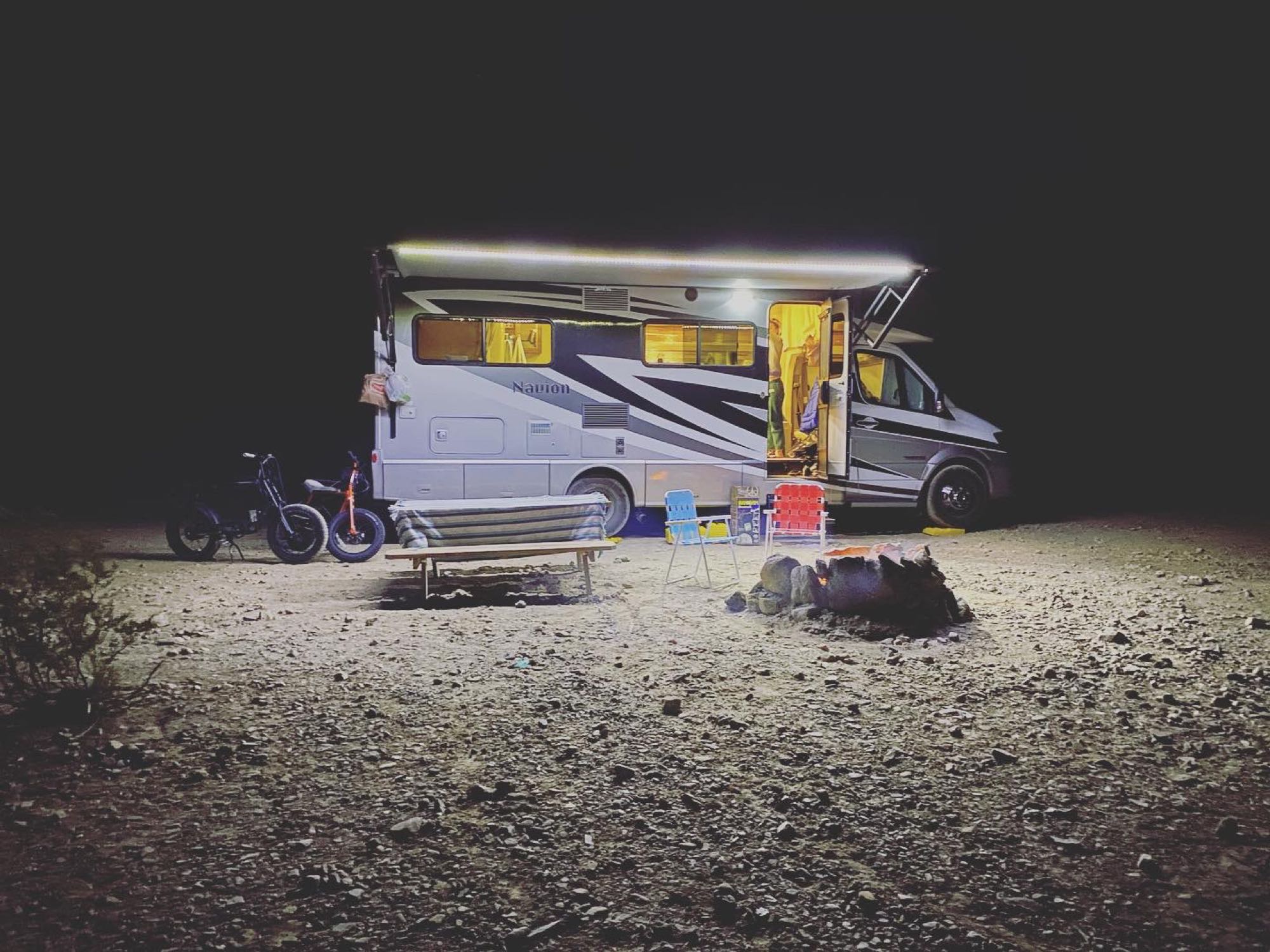