Starting out as a trading post between the Cherokee and Creek Indians and the English traders in 1788, Atlanta is still the economic and cultural center of Georgia. Stretching out from Fulton County to DeKalb County, the city has 137 square miles of parks, nightlife, restaurants, arts, and attractions for all ages.

The city has one of the highest elevations of any of the major cities in the country, with its rainwater flowing into the Mississippi River, Chattahoochee River, and the Gulf of Mexico. Having so much water is a major plus for the recreational community as boating and fishing are the most popular outdoor activities here.

Being at the base of the Appalachian Mountains is also a plus for nature lovers of all ages who enjoy hiking, mountain biking, and rock climbing. Not to mention the stunning views you can get from just about anywhere in the city. Your trip from Atlanta to Delray Beach should begin with a stop at one or more of the attractions right in Atlanta such as the Martin Luther King Jr. National Historic Site, Georgia Aquarium, the College Football Hall of Fame, or the Atlanta Botanical Gardens.

Most tourists may want to jump on I-95 and hit the beaches along the coastline on the way to Delray Beach. However, for a different type of fun, just head down US-192 to Okeechobee, which is just over 100 miles away and will take less than two hours to get to. The City of Okeechobee is in Okeechobee County and the main point of interest here is Lake Okeechobee.

Lake Okeechobee is the 10th largest freshwater lake in the United States on the edge of the Everglades and 40 miles from West Palm Beach. Flowing from the Kissimmee River, the lake covers 730 square miles with 135 miles of shoreline to enjoy whether you like fishing, boating, or swimming. There is something for everyone to do even if you just want to sit and enjoy the view.

The lake is not the only hotspot in Okeechobee. If you enjoy puzzles or mysteries, take the family to the themed escape room, Time to Escape. Solve puzzles, figure out combinations, search for keys, and find clues to escape before your hour is up. For historians, check out the Okeechobee Battlefield Historic State Park. The Battle of Okeechobee was fought here in 1837 on Christmas Day between the US military and Seminole warriors. Learn about history, take a hike, or enjoy a picnic before heading to your final destination.

About two hours from Osceola National Forest, you will find Orlando, which is the theme park capital of the world. With Disney World’s six parks and Universal Orlando’s three parks packed in one place, you have some big decisions to make here. If you plan on visiting them all, you better plan on staying another night or two, because each of these places is going to keep you busy for at least a few hours.

Disney’s Magic Kingdom is extremely popular. In fact, it has been the most visited theme park in the world for more than a dozen years. Why is it so special? Maybe it’s the Cinderella Castle. Or it could be the 42 attractions and rides, princess meet & greets, and live shows. Then again, the food, activities, and enchanted forest are pretty cool too. Included in the Disney World group of parks, Disney’s Animal Kingdom is a fun way to meet some wild critters and the two water parks are perfect for cooling off.

Universal Orlando also has several parks in one, including Universal Studios Florida, Islands of Adventure, and Volcano Bay. Altogether, the three parks have 52 rides including 18 thrill rides, 11 water rides, and dozens of kid-friendly rides and activities. If you would rather try a smaller theme park, Orlando has that covered too. Fun Spot Orlando has over 30 rides, which include several thrill-packed coasters, go-karts, and 10 rides just for the little thrill-seekers. They also have games, shows, and great food.

If you want to stay another night so you have time to enjoy more than one of these parks, there are several KOA parks less than 30 miles away. Orlando SE / Lake Whipporwill KOA is 19 miles away, Orlando / Kissimmee KOA is 20 miles away, and Orlando Southwest KOA is 29 miles down the road. They all have utilities, pools, and many other amenities to enjoy during your stay.

Make your next stop just off of I-75 and I-10 in Osceola National Forest. There is so much to do here, you may want to stay more than just one night. With almost 200,000 acres between Jacksonville and Lake City, this wildlife oasis is full of lakes, cypress swamps, historic sites, and trails to explore by foot, bike, and atop your horse, if you have one. The fishing here is stellar with a variety of biters like bass, catfish, and crappie.

If you did not reserve a spot nearby, get to the forest early and grab a campsite before doing anything else. If you get to the forest early enough or if your trip is in the off-season, you may be able to get a campsite in Ocean Pond Campground near Lake City, Florida. They have 67 lakeside sites with utilities, a boat ramp, swimming, and hiking. Since it is first-come, first-served, if you don’t get there early enough, you may be looking for another place to camp for the night.

But don’t worry, the Osceola National Forest has plenty of other places you can try. Hog Pen Landing just a bit further down FS Road 250A has 13 RV sites right on Ocean Pond. If you want to stay outside of the forest, Lake City Campground is only a few miles away on US-441. They boast 40 pull-thru sites with full utilities, cable, Wi-Fi, a pool, and a playground. Some others in the area include Casey Jones, Futters Four Oaks, and St. Mary’s Cove.

Just an hour and 83.5 miles down I-75, it’s smooth sailing all the way to Macon, Georgia, where you and the family can stop and enjoy some of the fun things to do in this popular city. In the center of the state, Macon is known for its Ocmulgee National Monument, which includes several large Indian mounds dating back to 1000 AD. The museum here has displays of artifacts and other exhibits with information on the past several thousand years. Surrounding the mounds and museum, the Ocmulgee Mounds National Historical Park has 702 acres of wetlands with trails and picnic areas to enjoy.

While you are in town, stop at some of the farmer's markets and craft shops to peruse some locally grown and made items. The Mulberry Street Market has tons of local produce, meat, and baked goods. The Wesleyan Market has food as well as flowers and many handmade craft items to choose from. If you want to do some mall shopping, head over to the Shoppes at River Crossing or the state’s largest garage sale, Smiley’s Flea Market.

Stop at one of the fantastic restaurants in Macon and try some of the southern favorites like H&H Soul Food, which was named the Most Iconic Restaurant in Georgia by Thrillist. Or try the Rookery, which is famous for its thick milkshakes and delicious cheeseburgers. Before heading to your next adventure, stretch your legs at one of the many parks in Macon and soak up some of that Georgian sun. Don’t forget to pack the sunscreen! 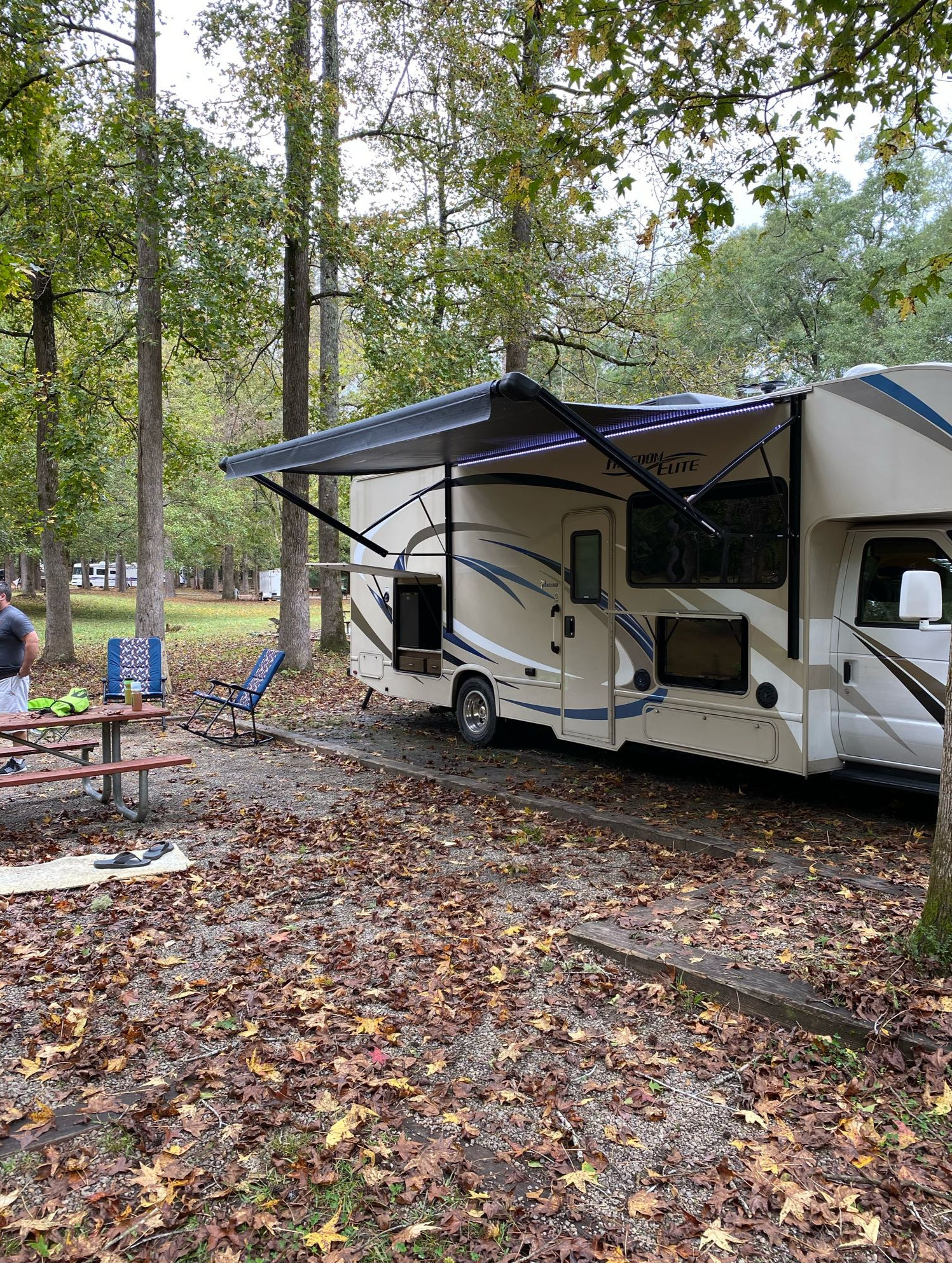 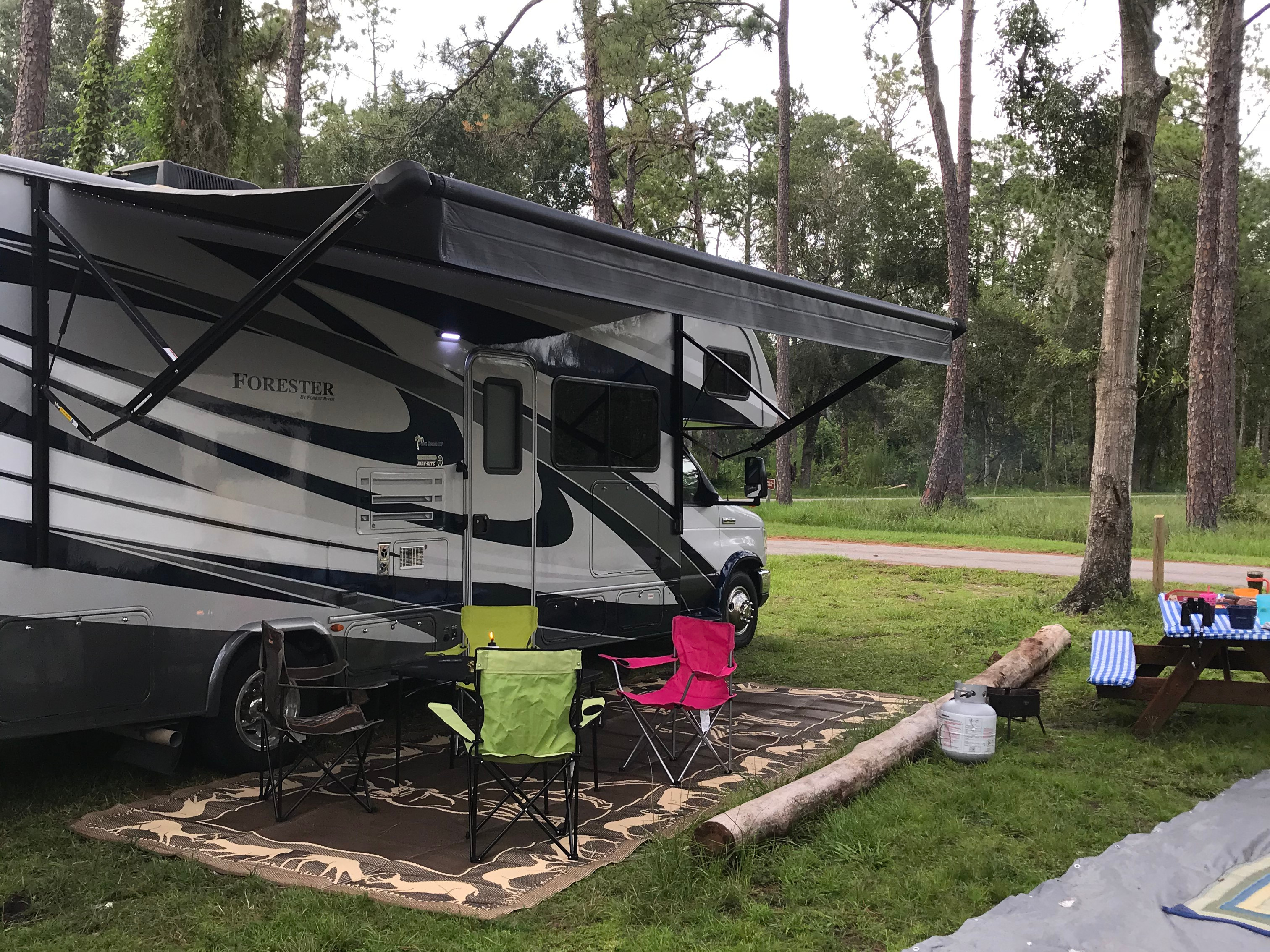 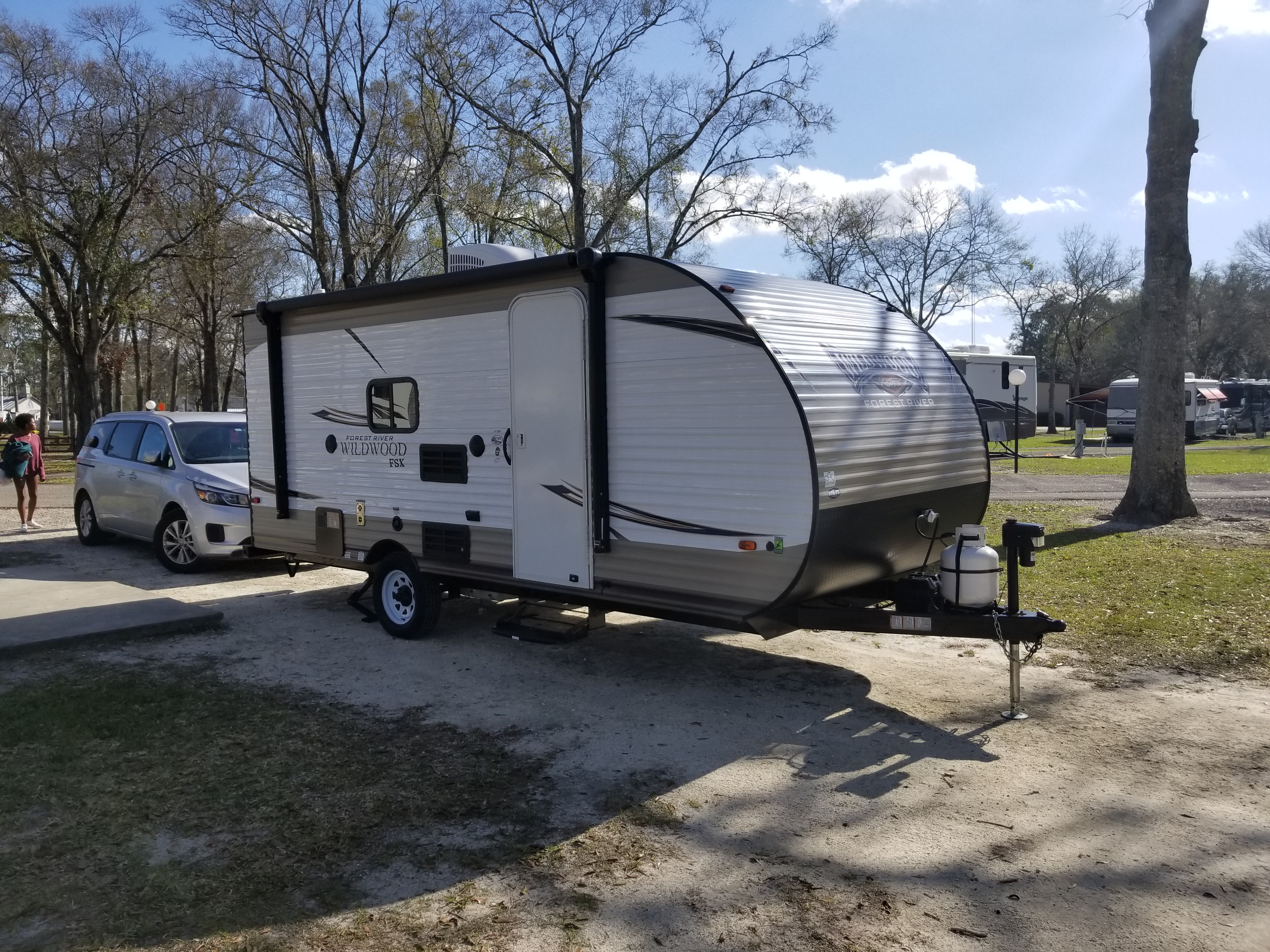 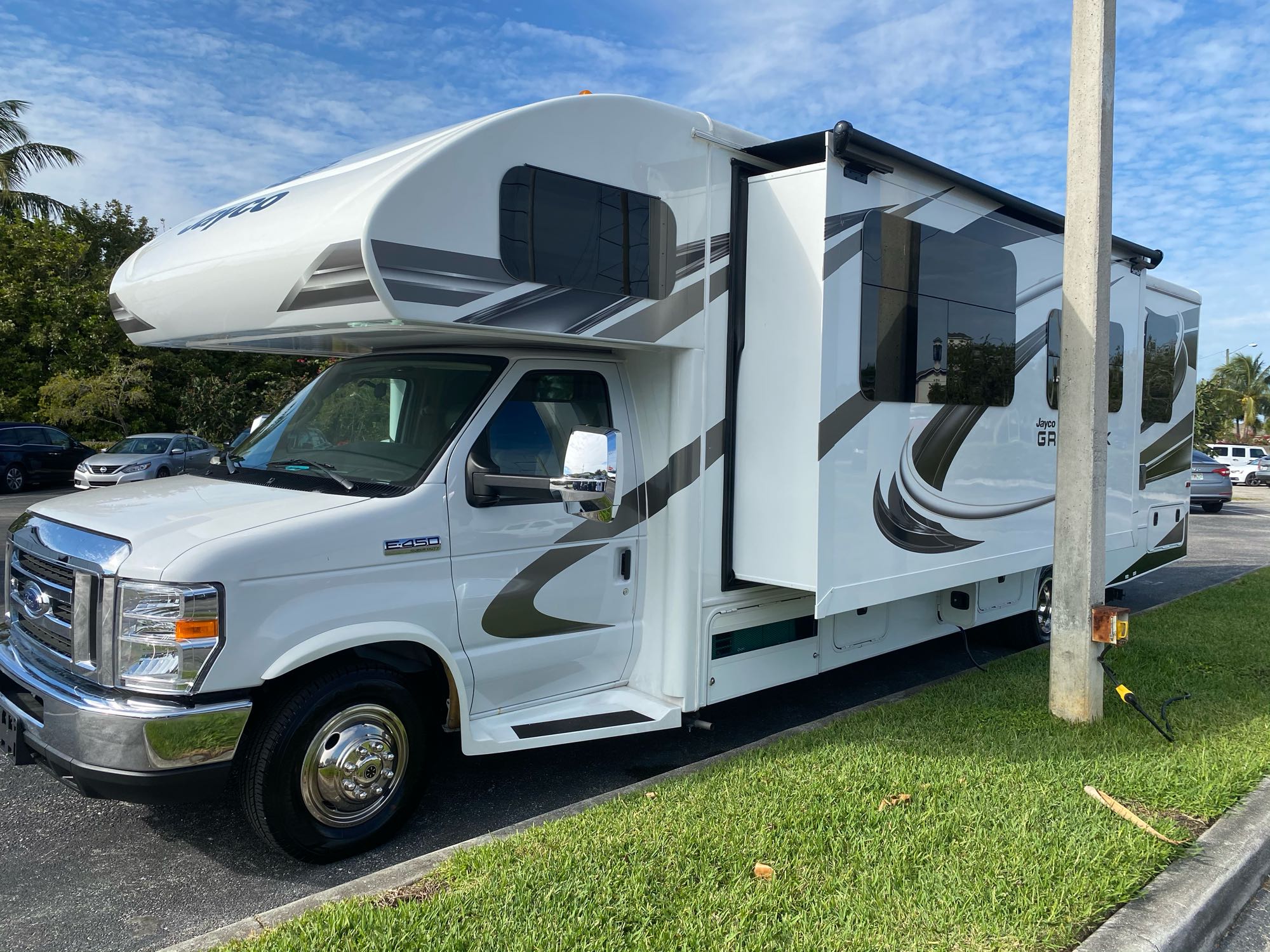 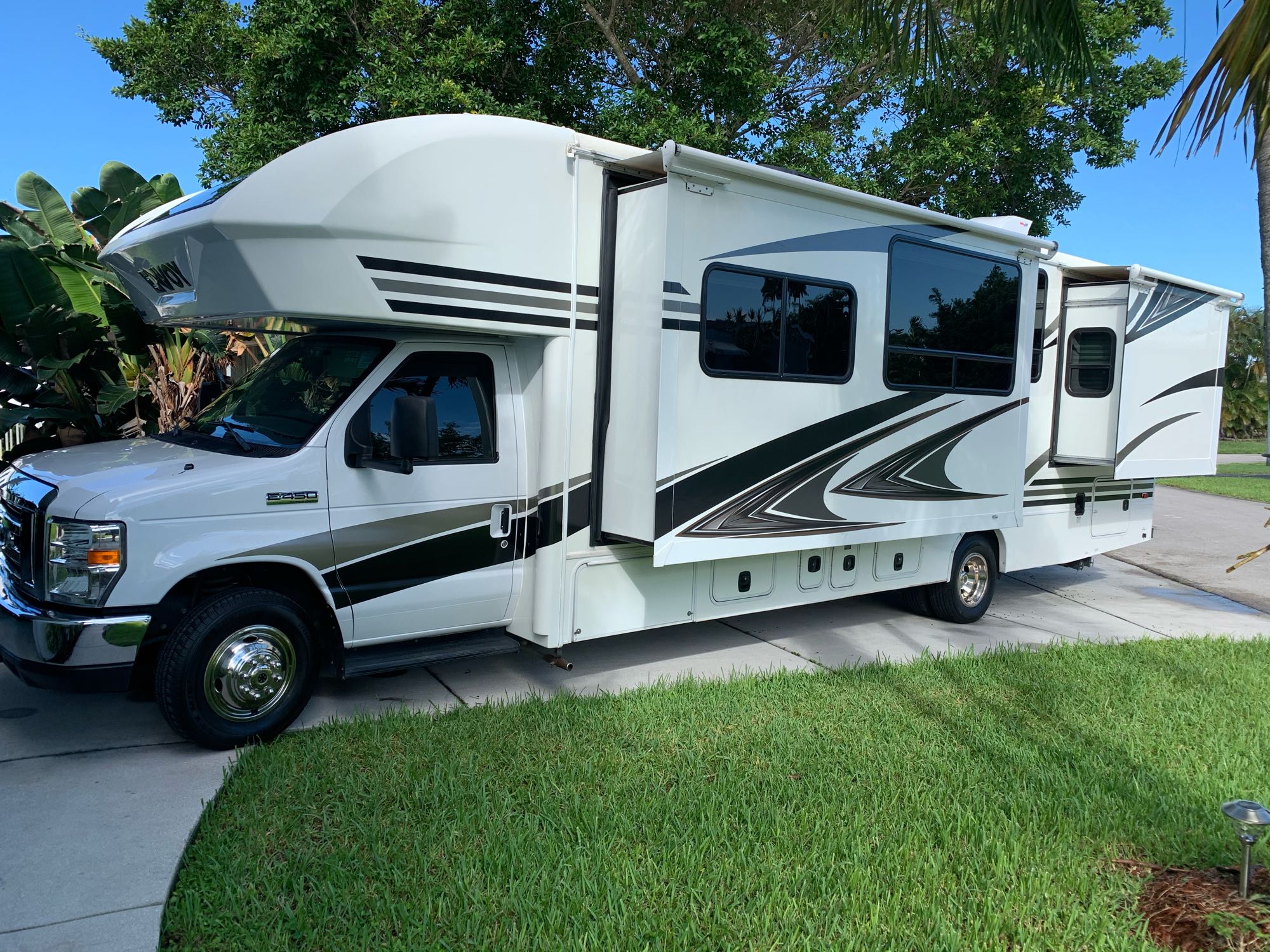 Heading out on FL-710 to Delray Beach, you will only be going about 80 miles. If you head straight there with no stops, you can make it in less than 1.5 hours. However, where is the fun in that? If you do not have a set appointment or time to be there, stop at some places along the way and enjoy the southeastern coast of Florida.

The first fun place you can enjoy with the family is the Palm Beach International Raceway, just 45 miles down FL-710. This awesome racetrack is part of the International Hot Rod Association (IHRA) and hosts races and other exciting shows and activities all year long. Some of these include the Sports Car Club of America (SCCA) races, BMW track night, and the Palm Beach Driving Club.

If you worked up a sweat at the racetrack, stop in at Rapids Waterpark, which is only 17 miles down the same highway. With 20 rides from thrilling to mild and dozens of water slides, Rapids is one of the most popular water parks around. They have a fort, water cannons, and even floating swamp animals. After cooling off and grabbing a bite to eat at one of their snack bars, your destination is only 25 miles away down I-95.

Delray Beach is only 52 miles from Miami and is located in Palm Beach County. The city is bordered by miles of Atlantic Ocean beaches on the east, Boca Raton to the south, the Everglades to the west, and the Gulf Stream to the north. There are plenty of attractions to enjoy here on dry lands such as the Morikami Museum and Japanese Gardens, Silverball Pinball Museum, Cornell Art Museum, and the Wakodahatchee Wetlands. Be sure to take some pics to share on your favorite social media pages!