San Francisco is one of North America's most iconic cities. Located on a peninsula that juts out into San Francisco Bay where there are well-known historical landmarks like Alcatraz and Treasure Island, it's easy to say it's possibly one of the most visited cities in the United States. That's without even mentioning its main attraction, the Golden Gate Bridge.

There's a lot for couples to do in San Francisco. Ride from Union Square to Fisherman's Wharf on the city's emblematic cable cars, take a cruise around the bay to see the city lights come on as the sun goes down, then share a bread bowl full of steaming clam chowder. Sounds great, doesn't it? But the one down side of San Francisco is its popularity, which means it's hard to get some alone time. There are people everywhere. Solve that by heading out of the city for the weekend with your partner. Two or three days may not seem like much time to do anything, but take an RV road trip from San Francisco to Las Vegas and you'll have all the alone time together you could hope for.

While the I5 might seem the obvious choice of route for a road trip from San Francisco to Las Vegas, consider taking the I 80 instead. Once you're through Sacramento, it's a much more scenic drive as you'll be motoring through the heart of the Tahoe National Forest. Follow the I80 out of Sacramento and after three hours on the road, you'll be arriving at Truckee. Leave the highway there on the CA 89 and you'll be able to pitch up in one of the most idyllic campgrounds on the shores of Lake Tahoe.

At the Ed Z'berg Sugar Pine Point State Park, you'll have found a paradise on earth to spend some quality time with your partner. When you can bear to leave and get back on route, follow the US 95 southbound. It's a scenic byway that runs alongside the Inyo National Forest and the eastern borders of the Death Valley National Park. Camp out there for your second night and you'll be in one of the best spots in Nevada for stargazing. Is there anything more romantic than that?

The landscapes of the Death Valley National Park will be a complete change to what you've been seeing on your road trip from San Francisco to Las Vegas so far. When you arrive there, you'll well and truly be in the midst of the Mojave Desert. There are lots of campgrounds to choose from, but some do close during the high heat of the summer months, so check what's open before you get there.

There's much more to do in the park than hiking through the desert, though that can be a pleasurable and solitary experience when the weather is mild. There are several ghost towns in the park worth exploring and the weird and wonderful Wildrose Charcoal Kilns to see. The best spectacle happens at night though and that's after the already awe-inspiring desert sunset. Death Valley is renowned for its dark skies and there's no better place to spread a blanket, get comfortable and marvel at the stars. If you're taking your road trip during February, check to see if your visit coincides with the dates of the Death Valley Dark Sky Festival. It's an annual event focused on the universe with lectures on the stars, ranger-accompanied walks, workshops and a fair.

As you cross the state border between California and Nevada, make a five-minute detour off route and head to the small town of Sheridan. South of the town, along Foothill Road, you'll find the trailhead for the Jobs Peak Ranch Trail. It's an excellent spot to pull up and get out of your RV for a gentle stroll through the countryside together. There is a small car park with picnic tables where you can leave your rig while you go exploring. Be careful not to park anywhere else as the surrounding areas are private property.

Once you're on track, you'll be able to access around nine miles of interconnecting trails. The Jobs Peak Ranch Trail links up with the Fay-Luther Trail which is included in the National Geographic Sierra Nevada Geotourism map guide. No matter where you wander through the trail system you'll find there are incredible views of Carson Valley and the beautiful Pine Nut and Carson Mountain Ranges.

Roll up in your rig at the Sugar Pine Point State Park and you'll be over-awed by the alpine setting. A thick forest of pine trees lines the shores of Lake Tahoe and through the trees, you'll catch glimpses of the lake's pristine blue waters. A prettier spot to spend time with your partner would be hard to find. The campground at the park is open all year round so it doesn't matter what month you make your road trip, you'll be able to enjoy this spectacle of nature.

While you're there, take a hike through the pine forests, chill out on the beach, swim, or go fishing or canoeing together. If you're there in the winter, there are over twenty miles of groomed trails for snowshoeing or cross country skiing. While it wouldn't be just the two of you, there are full moon snowshoe tours held once a month from January to March which are a great activity to participate in together. 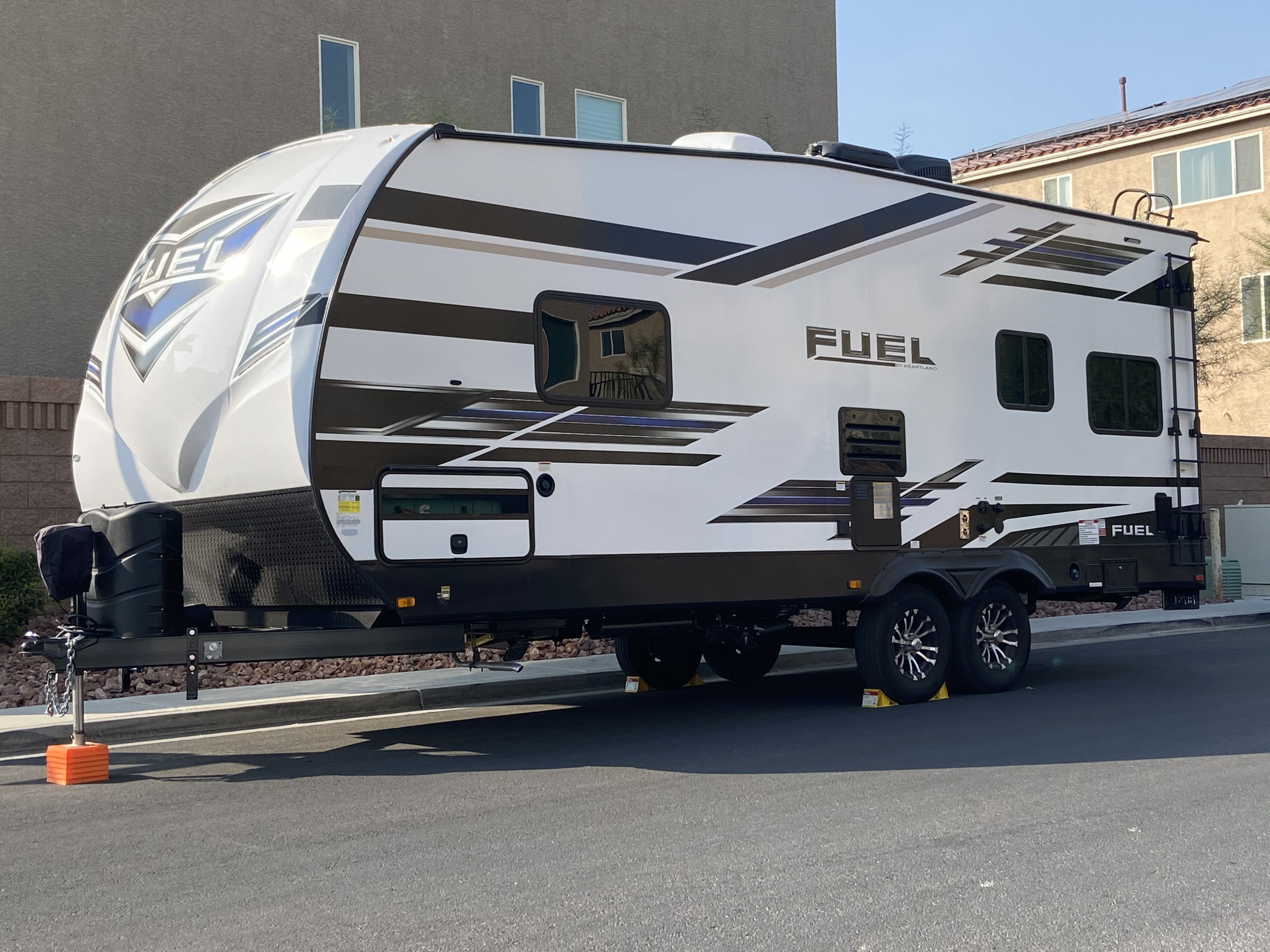 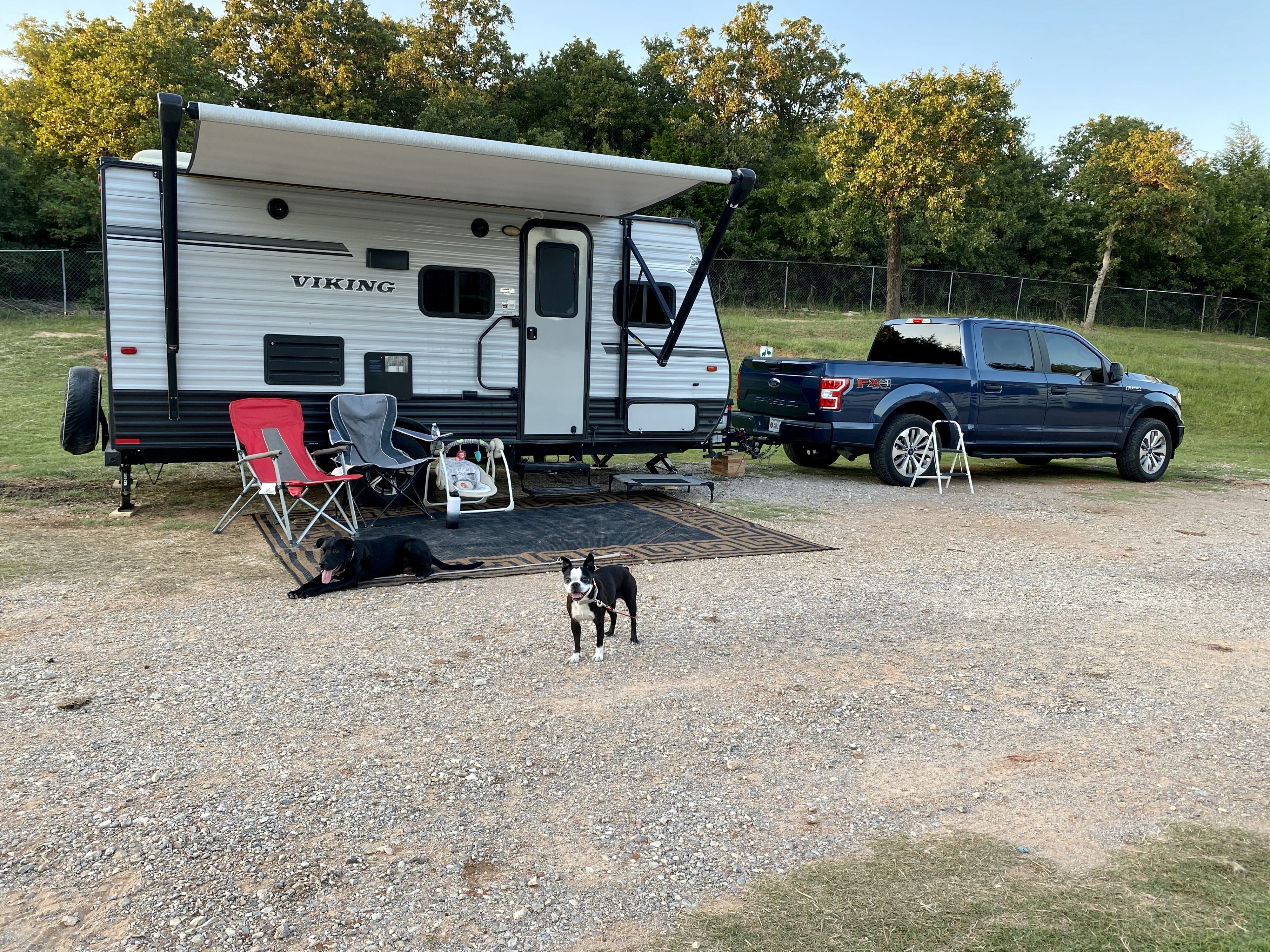 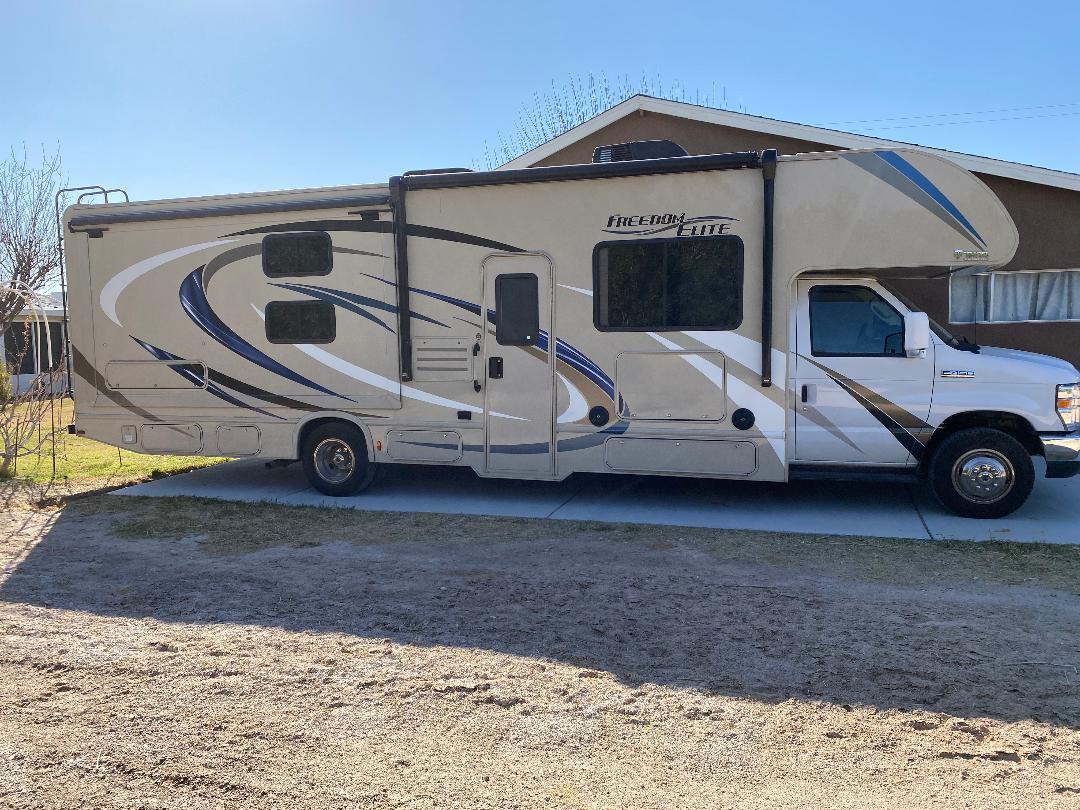 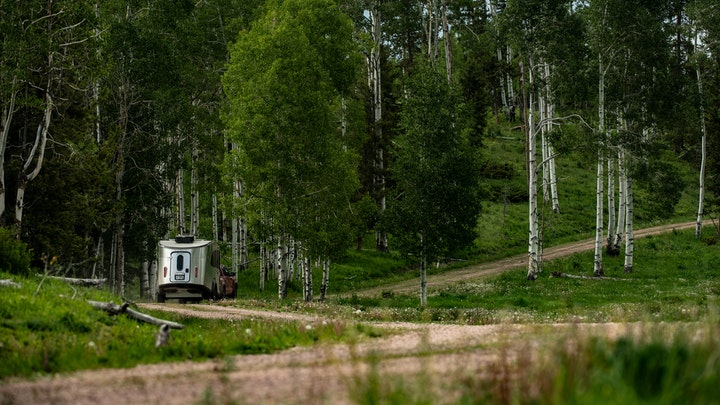 When you see the bright lights of Las Vegas blinking in the distance, you'll have had the chance to enjoy lots of one on one time with your partner. The special times don't need to end there as there's much more to Las Vegas than casino after casino. Pitch up on the outside of town somewhere like the Red Rock Canyon National Conservation Area and you can make the most of both worlds. The city holds fantastic events throughout the year. If you're a foodie, make your RV road trip when the Las Vegas Greek Food Festival is on. Sharing mezes or a gyro does wonders for a relationship. For some bygone fun, head to Vegas during the Las Vegas Renaissance Festival when the city's Sunset Park is turned into medieval villages and knights in shining armor joust for the favors of fair maidens.

By the time you get to Vegas, if you're not already wed, you may well be considering getting the knot tied by someone in an Elvis costume in one of Las Vegas's wedding chapels. What better end to a weekend road trip from San Francisco to Las Vegas could there be?