Discover the best RV rental in Alexander, ND! Looking for another RV type? We have it all! 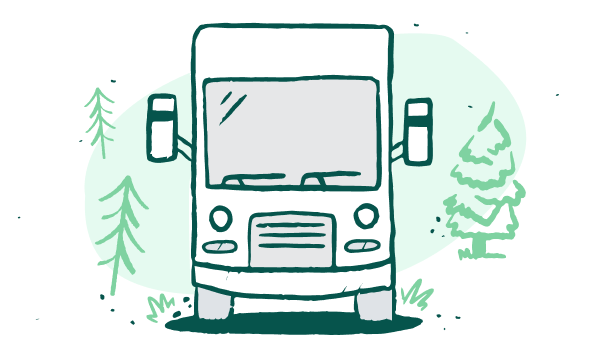 Great camper perfect for your next getaway!

Alexander is a small community on the western edge of North Dakota, not far from the town of Williston, which has been booming with the development of the area’s oil fields. Because of its small population and its location away from the main transportation corridors, many visitors might overlook Alexander as they road trip through North Dakota. That would be a mistake though, as its full of small-town charm and it’s a convenient jumping off point for exploring the Badlands region.

There’s also plenty of Native American and Pioneer-era history to explore. Lewis and Clark followed the Missouri River through here in the early 19th century, and there are several reservations nearby, each with a story to tell; getting an RV rental in Alexander, ND will be a fantastic vacation for history buffs.

North Dakota is often thought of as an endless expanse of plains, but nothing could be further from the truth. The otherworldly Badlands dominate the state’s western quarter and a trip to them is a necessity when you book an RV in Alexander.

Teddy Roosevelt National Park is probably the best place to experience the Badlands, and unlike many of America’s other national parks, it never gets very crowded. The park is split into three regions, the north, south, and Elkhorn Ranch units, and the northern one is only about half an hour’s drive from Alexander. The Buckhorn and Achenbach Trails are the main hiking routes running through the northern unit and make for the perfect day trip from Alexander.

If you’re hoping to spend some time on the Missouri River during your RV rental vacation, Lewis and Clark State Park near Epping is a great place to do it. There you’ll have beautiful views of the rugged Badlands along with the serene curves of the Missouri. Hiking trails abound, and there’s also fantastic walleye and northern pike fishing to be had.

There are also a few excellent golf courses near Williston and across the Montana border in Sidney, if you’re hoping to hit the links when getting a camper rental in Alexander.

One of the closest RV parks to camp with your motorhome rental from Alexander is Yellowstone Bridge RV Park in Hardin, just west over the Montana border. The park offers full hookups and some jaw-dropping views of the majestic Yellowstone River and the historic Fairview Lift Bridge. The river has excellent fishing and is a great place to take a dip on a hot summer day.

Another solid option for your RV rental from Alexander is the Lincoln RV Park about halfway between Alexander and Williston on Highway 85. At one time, the park had a massive bust of Abraham Lincoln to greet its visitors and serve as a highway landmark, but it has since been removed. However, it’s still got full hookups and is very convenient if you’re thinking about visiting the Williston area.

RV travelers looking to “rough it” might prefer Sather Lake Campground on the edge of the Dakota Prairie Grasslands. Sites have a hand pump for water and vault toilets, and there is a boat ramp for getting out on the lake and plentiful stocks of bass and trout to enjoy. This campground is ideal for getting back to nature when you choose an RV rental in Alexander, North Dakota.

Alexander is a fairly small town, with just a few shops and restaurants dotting its main street. However, there’s also the Lewis and Clark Trail Museum, which tells the story of the two explorers and the Corps of Discovery as they ventured up the Missouri River and over the Rockies to the Pacific Ocean. The museum is housed inside an old brick schoolhouse and is laid out in a series of rooms that attempt to show what life was like back in the early 1800s including a general store, tack room for horses, and, of course, a schoolhouse room.

Those wanting to do a little gambling when they get a travel trailer rental in Alexander can head to the casino near Trenton on land owned by the Fort Peck Indian Reservation. Afterward, take a trip down the road to the Fort Buford State Historic Site, the place where Chief Sitting Bull surrendered to the U.S. Army in 1881.

For most visitors who rent an RV here, Williston will be the place to go for fun and entertainment. Dining options are more extensive thanks to the oil boom, which has brought in workers from all over the country. You can also catch a movie at the historic Grand Theater, which has been preserved in all of its Art Deco glory.