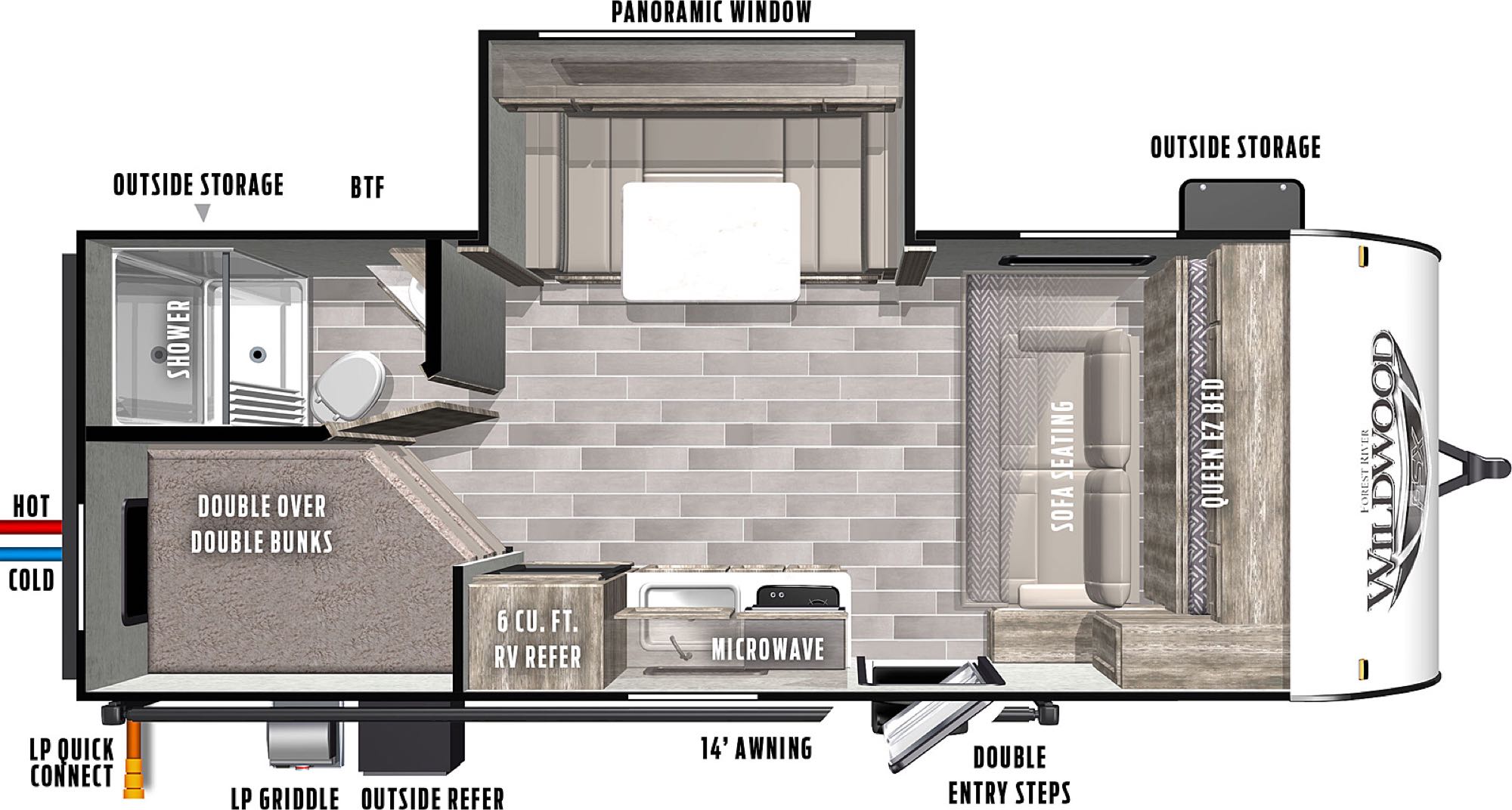 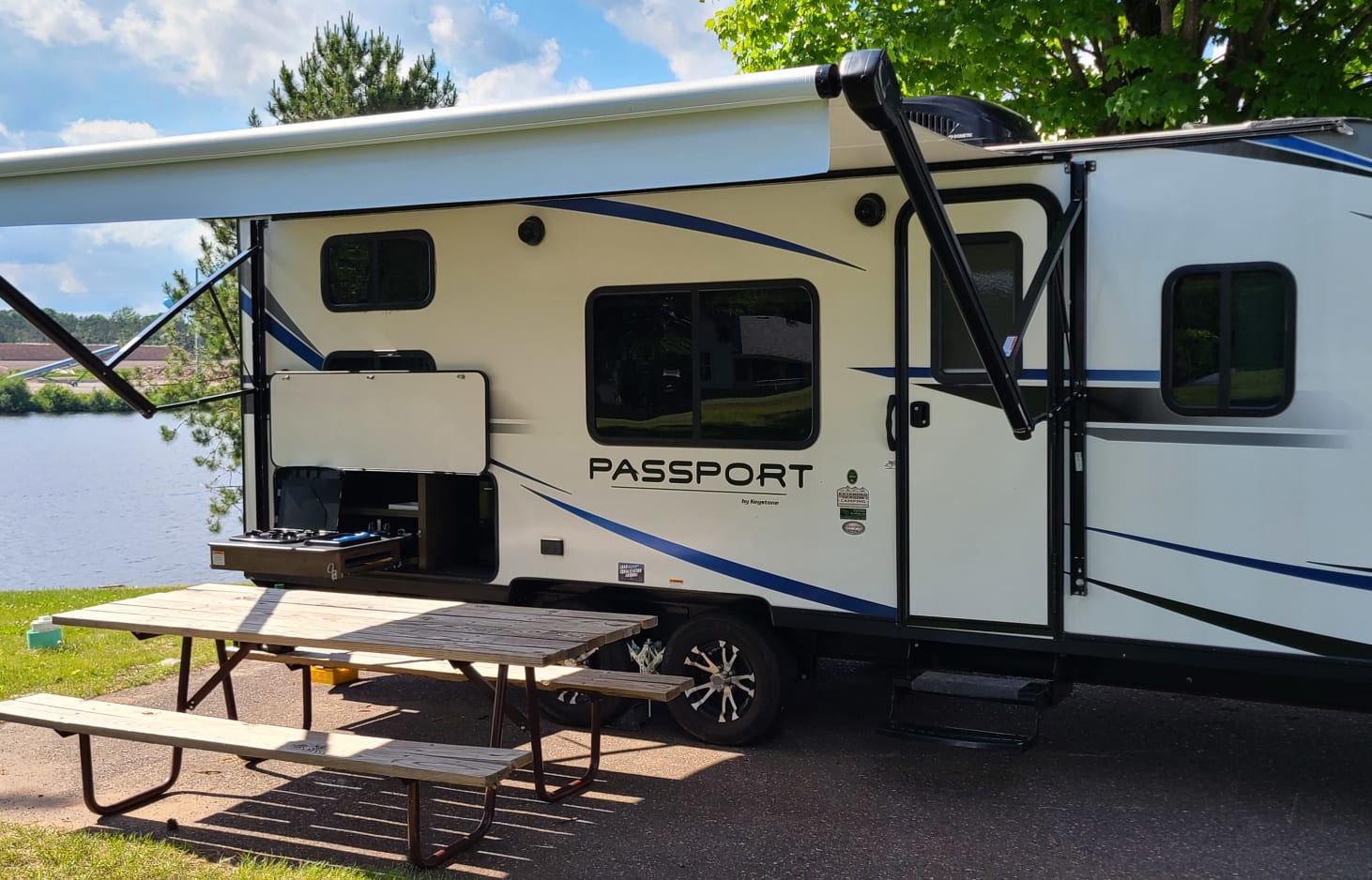 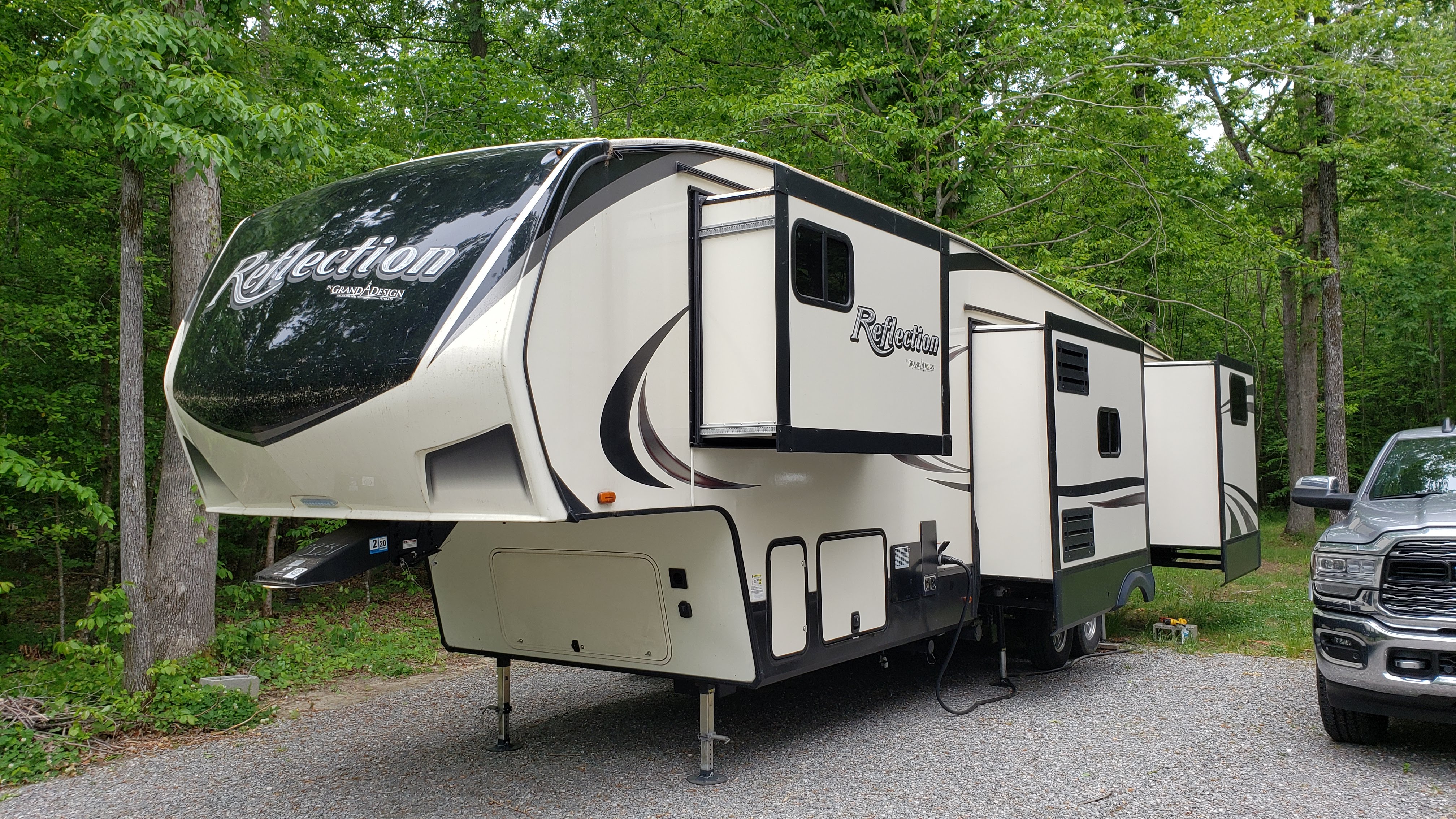 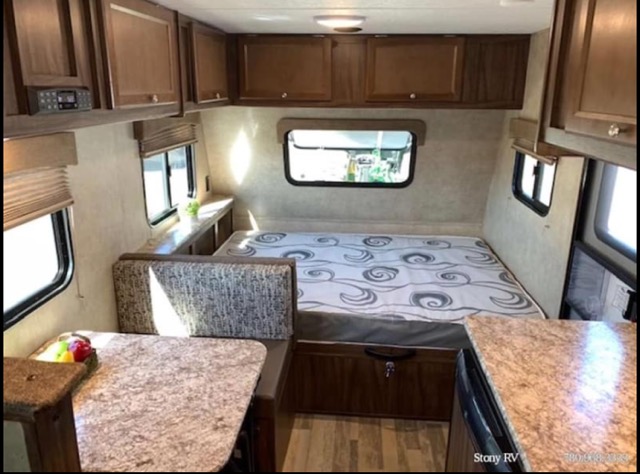 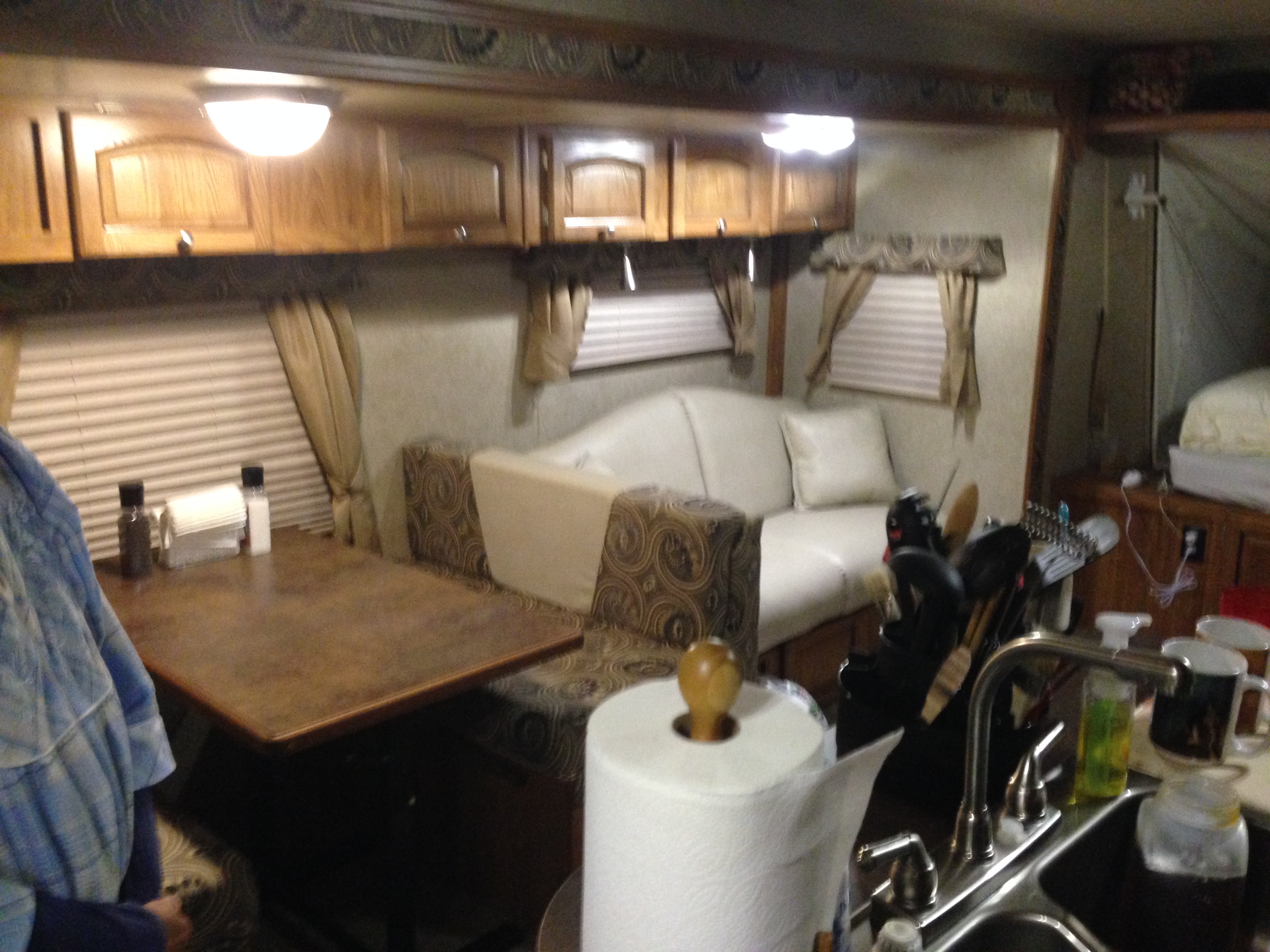 Between the cities of Richmond and Norfolk in southern Virginia, you can rent an RV near Williamsburg/Busch Gardens Area KOA and vacation in one of the most popular places on the entire eastern seaboard. This coastal part of Virginia, in particular, is fully loaded with incredible recreation areas, lavish amusement parks, pristine beaches, and everything in between. Cities like Virginia Beach are easy to reach with your campervan rental, with Interstate 64 providing an easy way to travel around the area.

The RV park itself is top-notch and packed with features. Cottages, deluxe camper cabins, tent camping areas, and large, RV-friendly camping sites with full hookups are available when you camp in a travel trailer at Williamsburg/Busch Gardens Area KOA.

Inside the park, you can expect amenities and features that will have you feeling at home. Basketball and volleyball courts are available to the park guests, as are the jumping pillows, playgrounds, a pool, and laundry facilities. Take a dip in the pool during the hot summer days, or check out the main stage for some live entertainment when available. If you ever need to eat or shop, there are a snack bar and a camp store on-site for all your camping needs. Between the area’s history, incredible natural beauty, and convenience, renting an RV near Williamsburg/Busch Gardens Area KOA will set you on the path to an excellent vacation.

The small peninsula on which Williamsburg sits is saturated with natural areas and parks, so finding your way out into the great outdoors is both easy and fun. Just north of the city, you can head to York River State Park, appropriately named for its position along the York River. Although this former tobacco plantation remains a historical site, its history dates back much farther than the colonial times. Lots of fascinating archaeological sites have been found in the area, left behind by indigenous people over a thousand years ago. Chippokes Plantation State Park is another interesting place to look into, located across the James River. This old plantation is home to incredible buildings and an open-air forestry and farm museum recalling the history of farming in the colonial times. The park even hosts festivals throughout the year, like the Pork, Pine, and Peanuts Festival, with vendors, food, crafts, and live entertainment.

Newport News Park is another interesting place near the city of Newport News, with thousands of acres and 30 miles of trails. Part of the home is an old battlefield, where the Battle of Yorktown was decisively won by the Americans during the War of Independence. There is a discovery area inside where you can learn about the wars that were fought nearby, with pictures, weapons, and other artifacts to help understand the nation’s history.

Shenandoah National Park is the premier outdoor destination in the state of Virginia, located on the other side of the state to the west. A few hours of driving in your RV rental are well worth it to see this incredible recreational area, home to the Skyline Drive. This magical road runs north to south in the heart of the park, dipping and diving over mountain peaks in the Blue Ridge Mountains to provide motorists with sublime views of the land below. There is nothing more beautiful than the Blue Ridge Mountains in autumn when the leaves start to change with every color imaginable.

Virginia is an excellent place to visit for attractions and landmarks, with lots of history packed into a small area. Williamsburg remains a popular vacation destination for this very reason. For one thing, the city’s colonial history and architecture make it a historian's dream, with tons of monumental buildings like the Governor's Mansion. Nearby you can even visit Jamestown Settlement, the original colony that took hold in the United States centuries years ago.

The Abby Aldrich Rockefeller Folk Art Museum is a captivating space with an eclectic collection of Americana and other folk art from around the country. This once-private collection of old toys, antique furniture, historical artifacts, and artwork was donated to the public in the 1950s.

Perhaps the most exciting destination when you rent an RV near Williamsburg/Busch Gardens Area KOA is in the name itself. Busch Gardens in Williamsburg is a world-famous theme park on par with Disneyworld and Universal Studios. There are legendary roller coasters for adrenaline junkies to sample, water parks to splash around in, and different shops and restaurants to try. Each region of the park is named for a country in Europe, with different atmospheres, music, artwork, rides, food, and more, helping guests to learn about other cultures while they have the time of their lives. There are plenty of exciting ways to spend your vacation when you book an RV in Williamsburg.