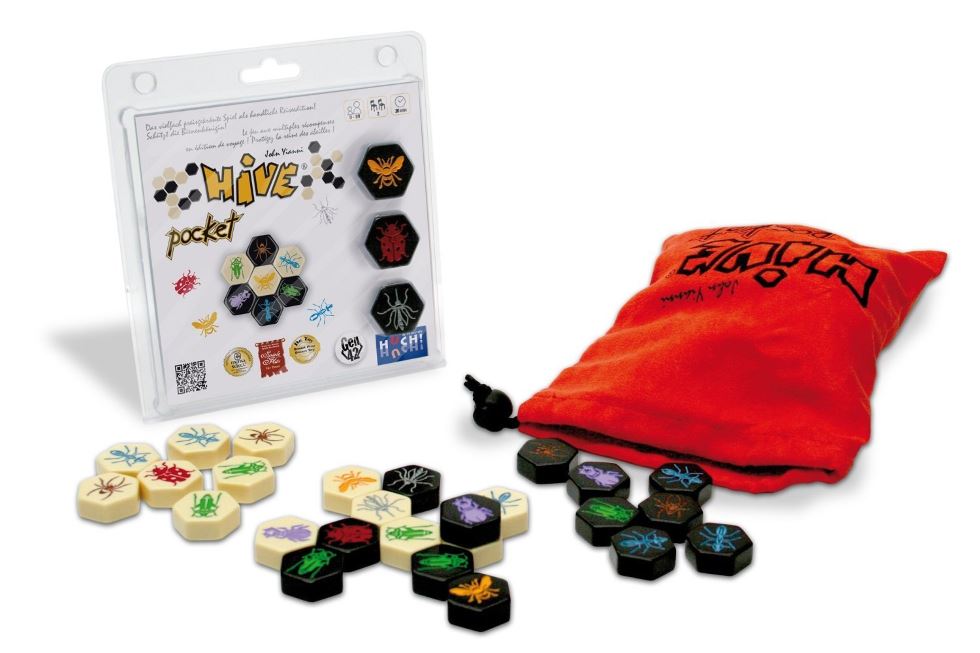 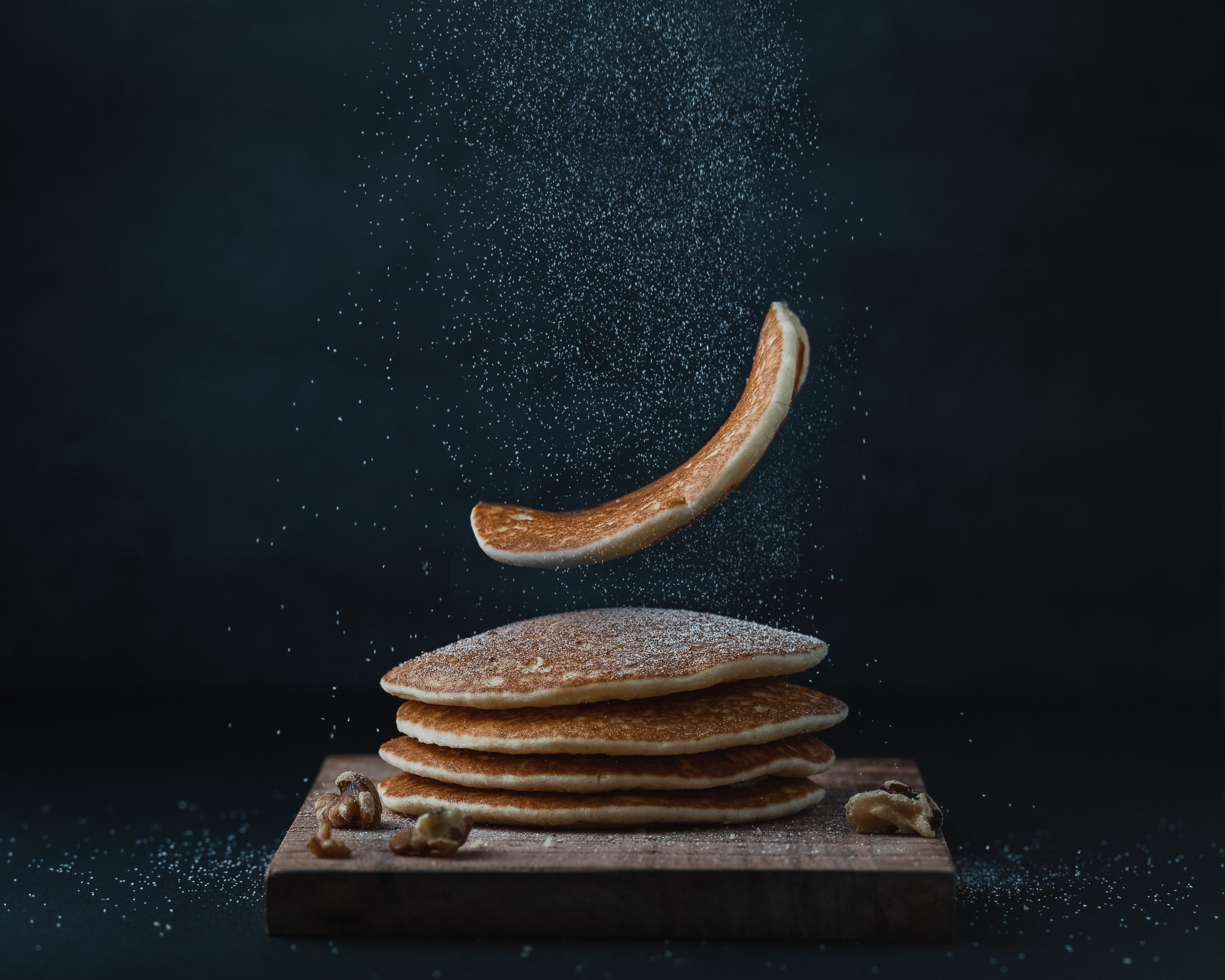 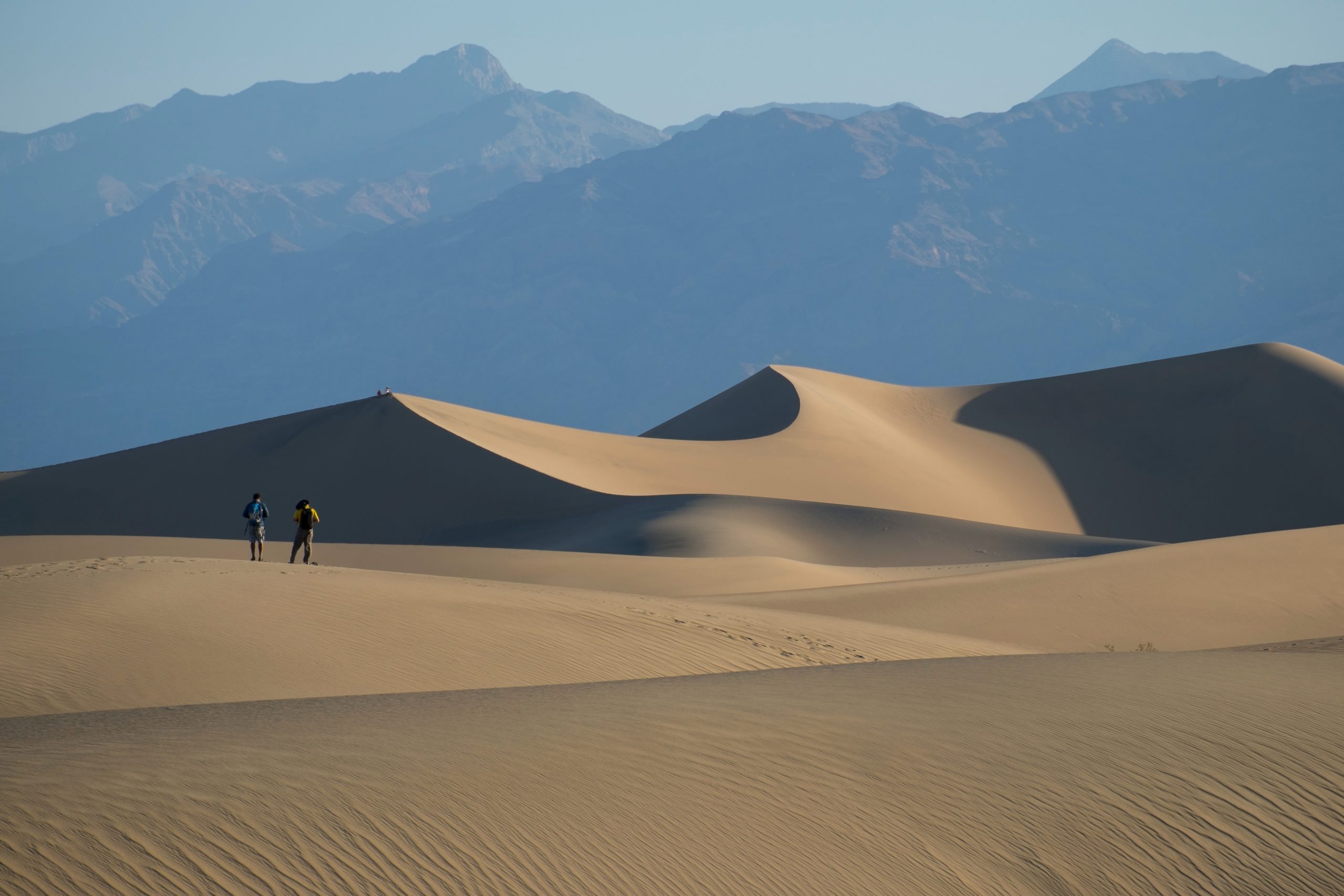 I love games. I’ve been playing games as a hobby for more than 35 years now. On the road, travel games are a great way to pass the time between adventures and also a great way to get to know people along the way. Not all games are great for traveling, however. In the course of our many road trip adventures, I’ve discovered what makes a great travel game and found a number of favorites I’d like to share with you.

What makes a great travel game?

Not every game I will recommend satisfies all of these criteria, but they cover most of the bases. I’ll let you know what I like about the game, why it makes a good travel game, and where you can order it.

Hive is a great two player game played using hexagonal tiles with images of bugs on them. Players take turns placing and moving the tiles according to the rules of the game in an effort to completely surround their opponent’s queen bee. If you enjoy games like chess, you will love Hive. It is elegant in its simplicity but allows for some pretty deep strategic and tactical thinking to truly master.

Pocket Hive is designed specifically for travel. It’s small, nearly indestructible, waterproof, requires only a small flat space to play, and is very entertaining. The only weakness is that it is two players only. It is the perfect game to take on a hike or play in the tent on a rainy night over a cup of hot cocoa. It typically sells for around $20.

I learned to play Mexican Train while attending Game Nights at RV parks frequented by Snowbirds. Game night, in my opinion, is the best way to meet people at your RV Park. Mexican Train is played with a Double Dominoes set and 8 small plastic train figures. You can play with 2-8 players. Mexican Train is a pretty casual game and can be fun for kids as well as adults. There is some strategy to the game, but doesn’t require deep thought to play and there is certainly an element of luck to it. This makes it ideal for combining gaming and conversation.

The set I’m recommending is sized for travel and uses numbers instead of pips on the dominoes. I think that makes them easier and faster to read. Like Hive, it’s mighty hard to damage the tiles. It does require a bit more space to play, but a picnic table should do the job just fine. As a bonus, you can use your Mexican Train set to play a large number of other Dominoes games that are popular the world over.

Don’t Walk In The Woods

I would be remiss if I didn’t recommend at least one role-playing game. Role Playing games are storytelling as a game in which one player is the narrator of the story, and the other players are protagonists in the story. Don’t Walk In The Woods is a great Travel RPG for two reasons: it is designed to be played around the campfire and it requires no experience with RPGs to play. You can play the adventures that come with the game or create your own. Think of it as a campfire horror story in which you decide what the protagonist will do.

What makes this game so cool in my view is that once you learn the scenarios, you could play the game without any materials at all, just your imagination. It’s really just a framework for collaborative storytelling with a horror theme. What could be cooler than pitting your wits and will to survive against your friends while roasting hot dogs over a crackling fire? In my book, not much!

This is not a physical game but a PDF that you can download and either print or use on your e-reader or tablet. Buy it here:  Don’t Walk In The Woods

Timeline is a series of games, played with cards, where the play revolves around properly ordering historical events. Those who are hardcore history buffs may have a distinct advantage, but play a few games of Timeline and you could quickly become an expert. This is a great game for learning while traveling. They make different versions of the game along different themes: Inventions, American History, Cinema, and so on. For traveling the US, I recommend American History.

While the cards are not waterproof, the tins they come in are great for travel and the game supports anywhere from 2 to 8 players. You can even play it solitaire as simply a challenge to see how well you can order the events before making a mistake. Also, it takes only a minute or two to teach people how to play, which makes it a great game to play at any social gathering.

A good set of playing cards is hard to beat for travel gaming. Happily, you can now buy waterproof plastic playing cards. This is a big advantage when playing at a campground, mountaintop, or poker table with that guy who keeps spilling his drink. They also look pretty cool because they are mostly transparent.

These days, you can find rules for nearly any card game online. If you prefer a book, I have two recommendations. The first is “The Ultimate Guide To Family Card Games” which I recommend for its very easy-to-follow instructions and how it categorizes games by complexity. It’s only weakness is it doesn’t include some of my personal favorites. “The Card Games Bible” is more robust, but assumes the reader is familiar with card game conventions and terminology.

Apples to Apples / Cards Against Humanity

Apples to Apples and Cards Against Humanity are both wonderful party games that are great for travel because you can play them in nearly any situation and take only seconds to learn. Both work pretty much the same way. Players have a number of cards with random words or phrases. A key card is revealed and players pick the most appropriate or funniest matching card. So the dealer might reveal “Something very tasty” and then each player picks one of their cards they things best matches. The dealer then picks the one they like best which sores for the player that chose the card.

Apples to Apples is the kid’s version, while Cards Against Humanity is the adult’s version of this type of game. In both cases, hilarity generally ensues over the course of play and games can go on for as little or as long as you like. Both games also encourage you to make your own cards and there are countless expansions for each. These games are ideal for people that want to be social more than strategic.

Order them here:  Apples to Apples  &  Cards Against Humanity

My last pick is for the hardcore geeks who really want a board game feel but want a travel size. Tiny Epic Quest is exactly that. It’s part of a series of “Tiny Epic” games, all made to give you the play experience of a classic European board game, but with a much smaller footprint. Tiny Epic Quest is about fighting monsters, collecting treasures, and saving the kingdom from evil. It even features little Meeple characters that can attach swords, shields, and magic wands.

This travel game breaks more of my travel rules than the others. It does have small pieces you can loose and it’s not remotely waterproof. But it does give you that full-sized game feeling in a much smaller package that is ideal for RV adventure. I haven’t played the other Tiny Epic games, but if they are like this one, they are good times!