New Orleans is one of the most interesting cities in the United States. It is one of those places that when you're there, you know you're there. The architecture, food, people, and overall feel of the city are all uniquely New Orleans. That's what makes this place so special. The overall feeling is very compact. The city itself is below sea level and bordered on all sides by levies, bayous, swamps, marshes or Lake Pontchartrain. With those physical boundaries in play, the city packs in a lot of structure in a small space. To get around that structure there are a lot of bridges, so be prepared to spend a lot of time driving on them. The culture, food, and sights here make it all worth it though.

Picking a base camp may be one of the toughest decisions when visiting here. There just aren't that many choices. One of the best is Bayou Segnette State Park. It's located in the southern city suburb of Westwego off of Business RT-90. When you arrive, you pull off a city street, into a zone of tranquility. The campground is in the back section of the park, well away from the noise of the surrounding areas. The campsites are cheap and easy to access. When you leave the park, turn left onto 90 to go to Metairie, right to go to the Algier's ferry, which is the best way to get downtown. If you're in the mood to cook some great local seafood back at the campsite, turn right onto 90 out of the park. One block past the park property you'll cross Louisiana Street. Immediately after that intersection, is the Market Wego which is home to several small seafood markets like Amy's Seafood, Wade's Seafood Shack and Seafood Connection. You'll find some of the best crawfish, shrimp, oysters and blue crabs anywhere in town here.

If you'd rather have someone else cook for you, then try Seither's Seafood for crawfish or oysters, R&O's for Po'Boys, and Deanie's or the Dry Dock Cafe for Cajun BBQ Shrimp.

There are a lot of things to do in this city. The main tourist area is the French Quarter. Unless you know your way around, try and stay in this area. Venturing even a block or two outside can lead you into some uncomfortable areas. If you take the Algiers Ferry across the river, it will drop you off at the end of Canal Street. Immediately to your right will be the Audubon Aquarium of the Americas and a block or so up Canal Street is the Audubon Insectarium. Both are great facilities and worth a visit. Combo tickets covering both can be had at the Aquarium Ticket office.

The Insectarium is in a federal building. You'll be searched before entering so make sure you not carrying anything banned in those buildings. Jackson Square is just a few blocks to the north, The French Market is just a couple blocks past that. The famous Bourbon Street is a few blocks to the west.

To get to Waco, take I-10 west out of New Orleans, this will take you to Houston. From Houston, take RT 290 to Hempstead then RT 6 to College Station. Then continue on RT-6/190 to Waco.

Southwest Louisiana around the Lake Charles area is considered the “Louisiana Outback”. This area is a largely undisturbed natural habitat for millions of birds, alligators and other types of wild life. One of the best ways to get out and experience the area is through Grosse Savanne Eco Tours. They offer boat tours over a roughly 50,000-acre area around the Creole Nature Trail. These tours are small, private tours which range from a wide variety of standard trips all the way up to eight hour custom trips which they will work with you to plan. This is by far the best way to experience this unique part of the United States on a first-hand basis.

Twelve Oaks RV Resort on the northeast side of Lake Charles makes for a perfect stopping point to explore the area. It is located north off I-10 off of RT-171 just outside of Lake Charles and only about 10 minutes to the Creole Nature Trail Visitors Center.

Downtown Houston has lots of great activities for families traveling through the area. One of the oddest is watching 250,000 bats leave their perches under the Waugh Bridge. This happens in the early evening during the summer months as they head out to hunt for the night. It is quite a spectacular sight to see such large volumes of the small mammals take to the skies in such short order.

The bridge is located in the Buffalo Bayou section of the city. This a 56 mile long park along the Buffalo Bayou which has hiking, biking and canoe/kayak trails running throughout. There are many vendors in the area who rent bikes and boats as well as other sporting equipment. There are also numerous places to eat and lots of other activities for the family going on all the time. This is a great place to spend the day before the bats emerge.

College Station, TX is a college town that is home to Texas A&M University. This town makes for a great stop along the way to Waco. As a college town, it is rapidly growing and has many great things to do including some good restaurants and an excellent park system. One of the most popular attractions here is the George H.W. Bush Presidential Library and Museum which honors the life, presidency, and legacy of our 41st president.

The tour starts with an excellent presentation in the auditorium, after which you enter into the exhibit hall. The exhibits here include artifacts and information covering the lives of President Bush, his wife Barbara and their many children. There is an extensive exhibit covering his military service including an example of a Grumman TBF Avenger similar to the one he flew during his service in the Pacific Theater. In addition to his life story, there is an extensive collection of presidential artifacts including a mock-up of the Oval Office, numerous gifts received from foreign nations and artifacts from the first Gulf War. Plan on spending a couple of hours here. There is a lot to soak up and it is a fascinating look into the history surrounding his presidency.

The best places to stay in the area is the Brazos Valley RV Park. It's located about 30 minutes west of town on RT-21 in Caldwell, TX. This park is far enough out of town to avoid the college crowds. It is a family run park with paved roads and concrete pads and it is immaculately run and maintained. Caldwell is also a neat little town, stop in at The Funky Junky/Caldwell Brewing Company for an evening meal. It's about as close to eating in a friend's back yard as you'll find anywhere. 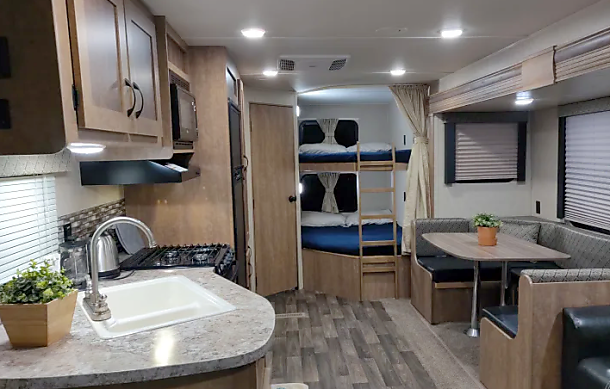 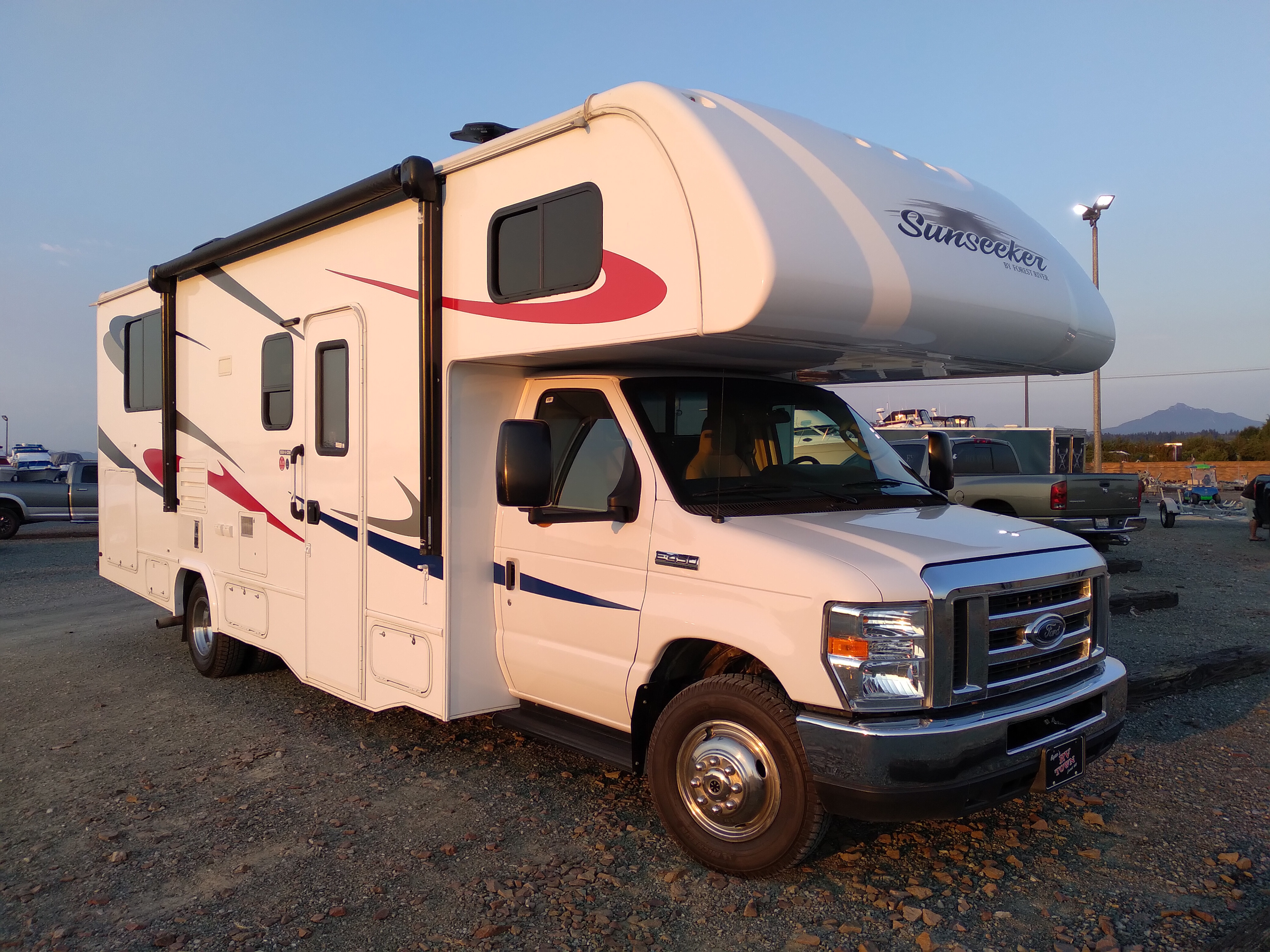 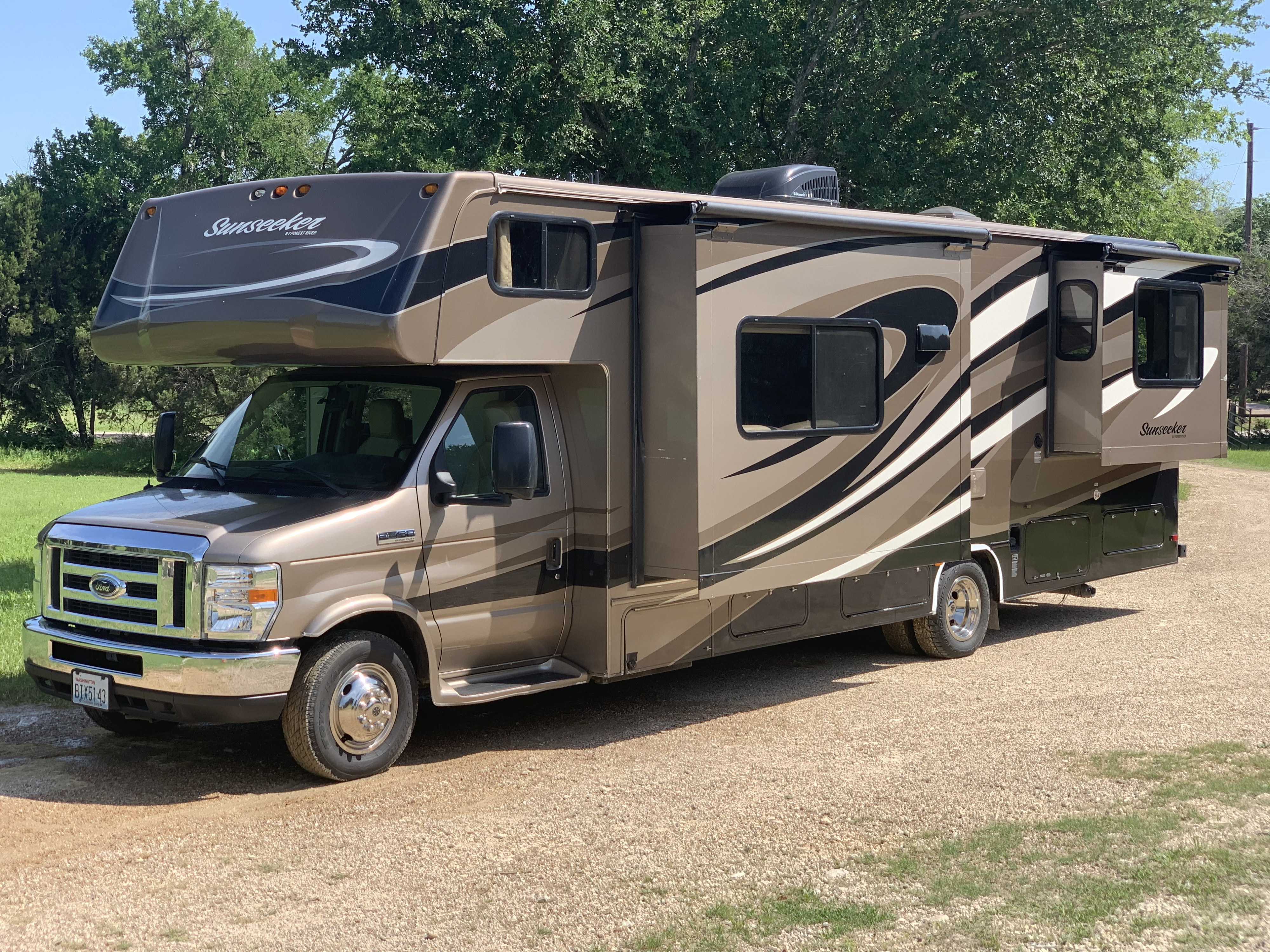 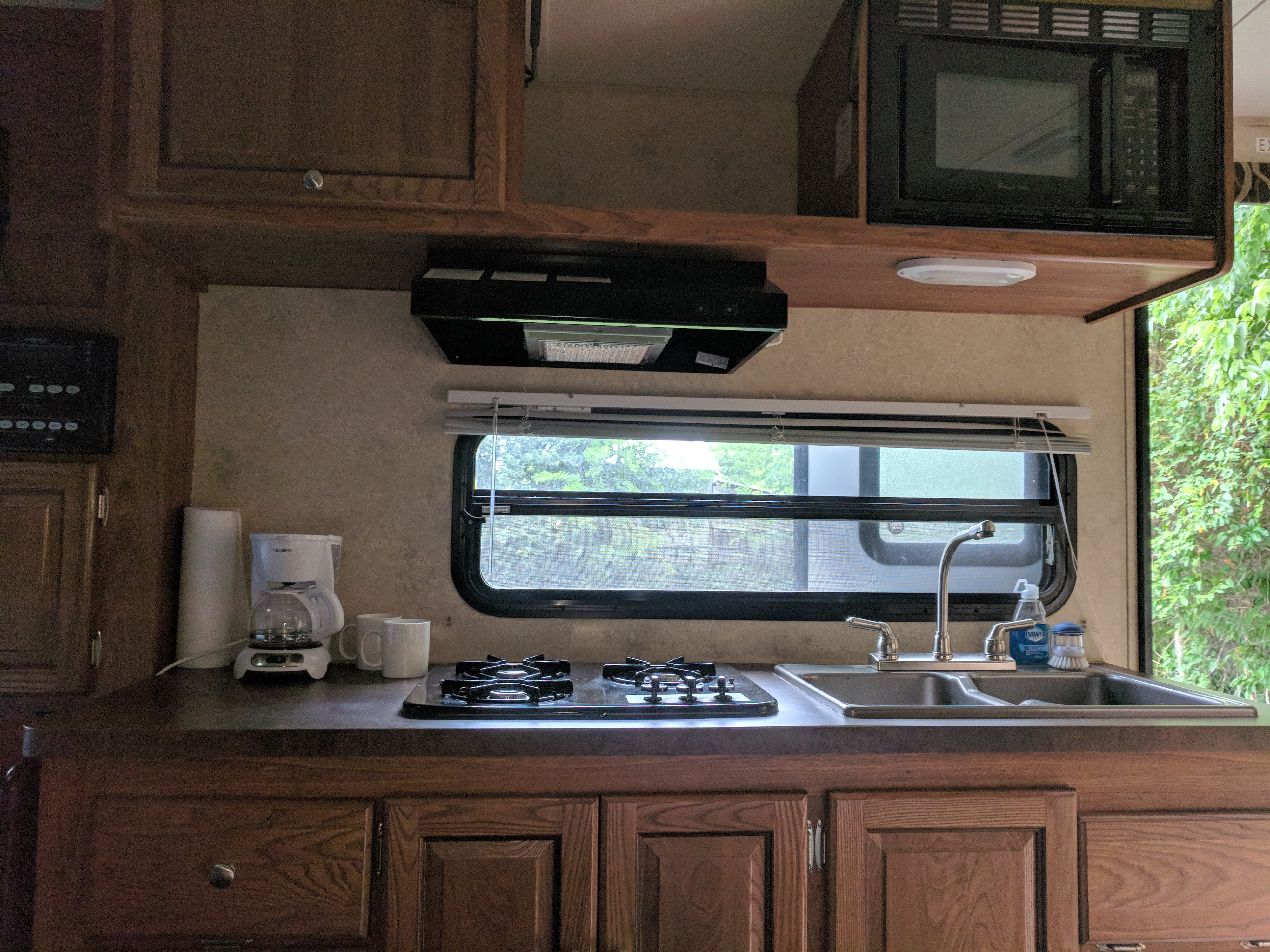 Waco, TX is a great small city in central Texas. Many people may remember the town for the unfortunate backdrop it played in the 1993 standoff between the Branch Davidians and the Federal Government. The site is open to visitors if the gate on the entrance road is open for anyone wishing to visit. All that remains here is original compound swimming pool. Fortunately, Waco has bounced back in a big way from the sad events of those days.

One of the best events held here is the annual food truck festival. Food trucks in this area play an important roll in the culinary scene and economy in general. Each year around the last weekend of March, 50+ food trucks gather in a couple of adjacent parking lots downtown and participated in The Texas Food Truck Showdown. This is a great place to same a wide variety of great food from these vendors, all in a small area. The variety and quality of food are amazing. To add to the festive nature of the even there is also a large stage with live musical performances, a petting zoo for the kids and several live food making demonstrations from local and celebrity chefs. It makes for a great day out on a warm Texas Spring day.

Just down the street from the food truck festival is the birthplace of Dr. Pepper. Dr. Pepper is the oldest major manufacturer of soft drinks made from concentrate in the world, having started production in 1885. The museum is built within the old brick walls of the 1906 Artesian Manufacturing and Bottling Company building, which is listed in the National Registry of Historic Buildings. Here you'll learn the history and see many artifacts from the production of Dr. Pepper throughout the years. If you are a fan of the drink, early American industrialism, or early American marketing art this a great stop to check out.

Finally, the Magnolia Market at the Silos is an extremely popular place to visit in Waco. This is the market put together by Chip and Joanna Gaines of HGTV's “Fixer Upper” fame. Here you'll find all sorts of boutique shops, dining, and entertainment options to keep you busy for a Texas moment. There are also tours available to see some of the homes featured on the show.

Flat Creek Farms RV Resort is located on the south side of the city and it provides an outstanding place to stay in Waco. Located on the Flat Creek, just off the highway and only 10 minuted to Magnolia Market, this campground is as beautiful as it is convenient.