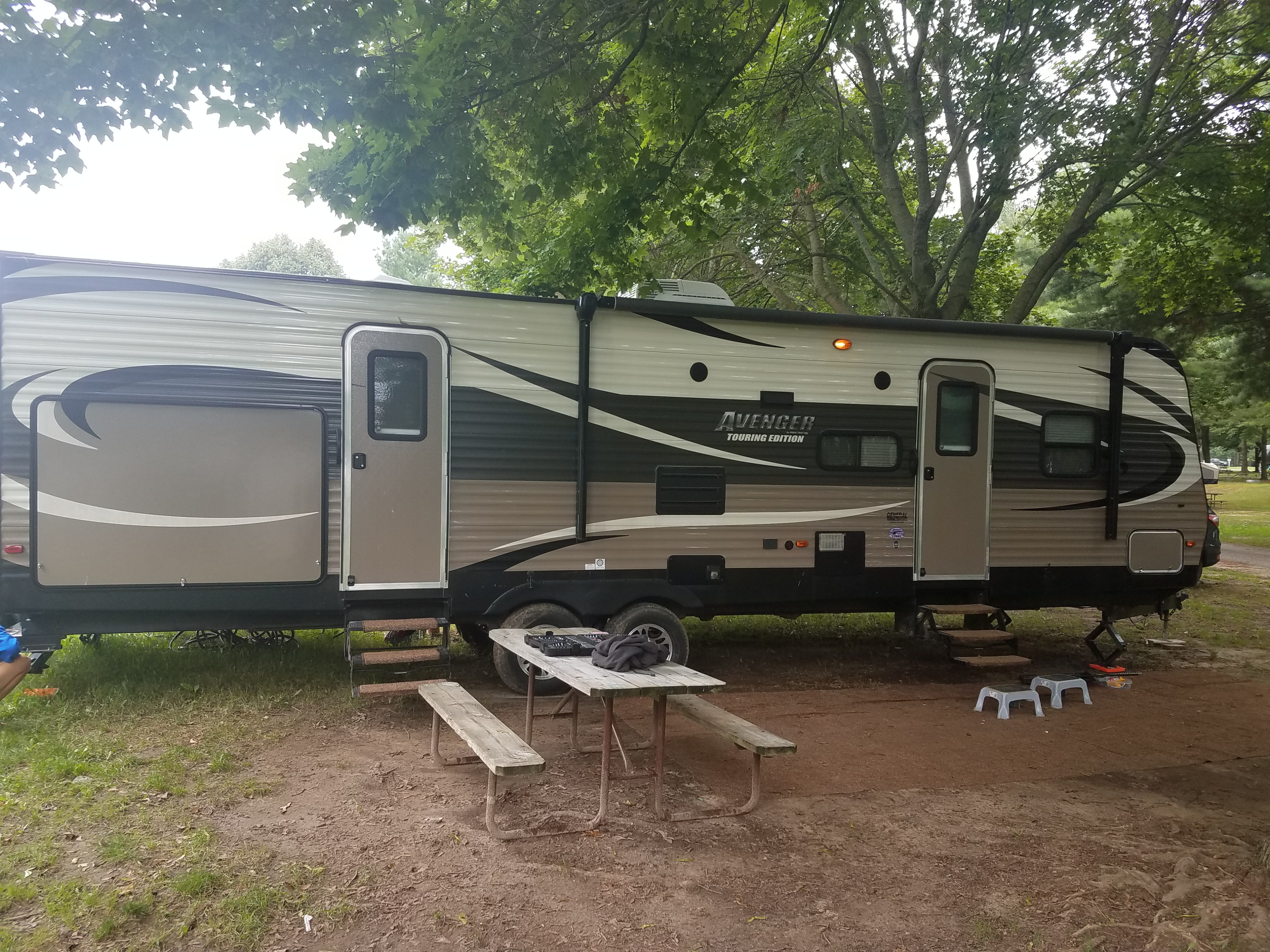 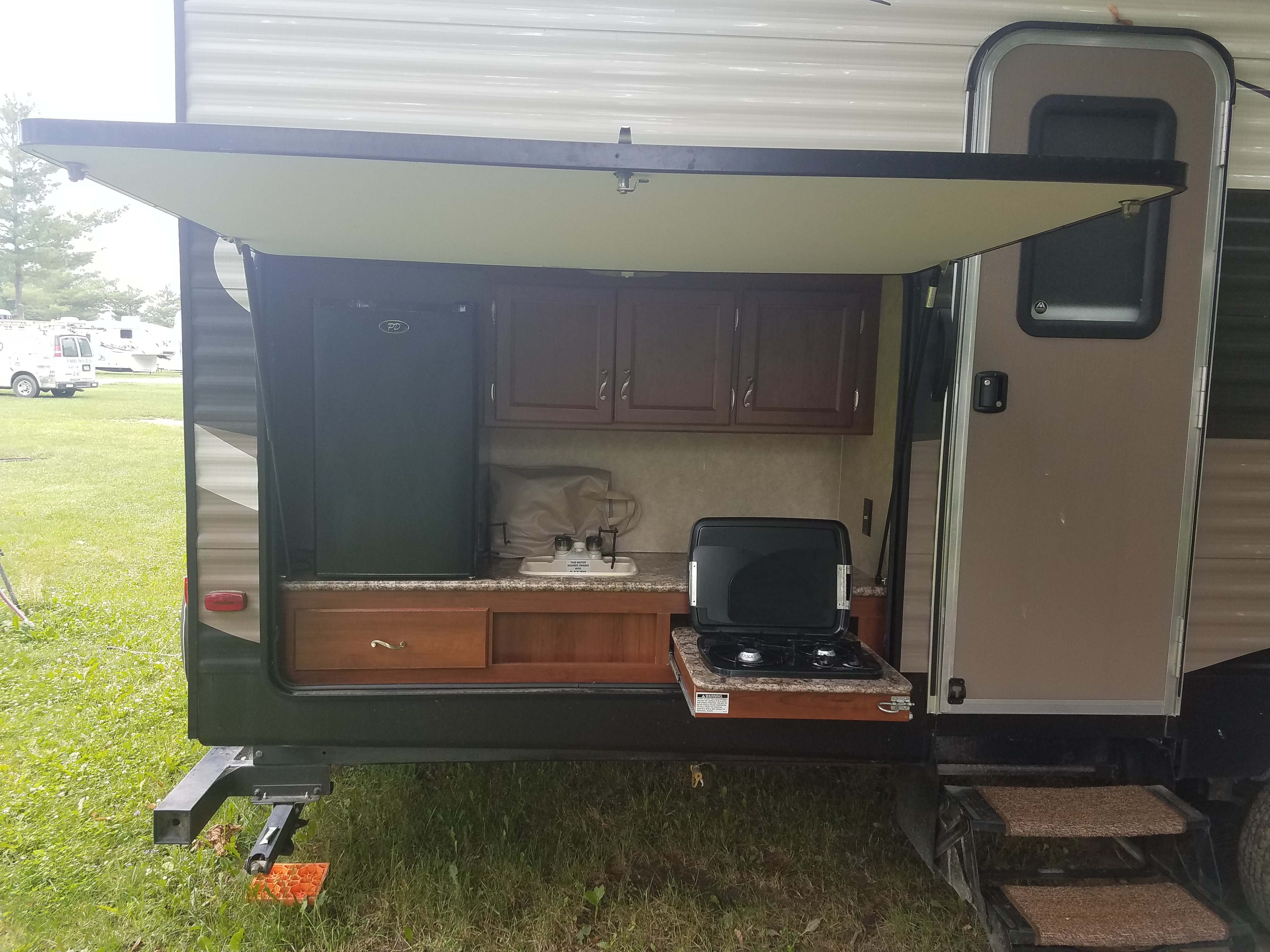 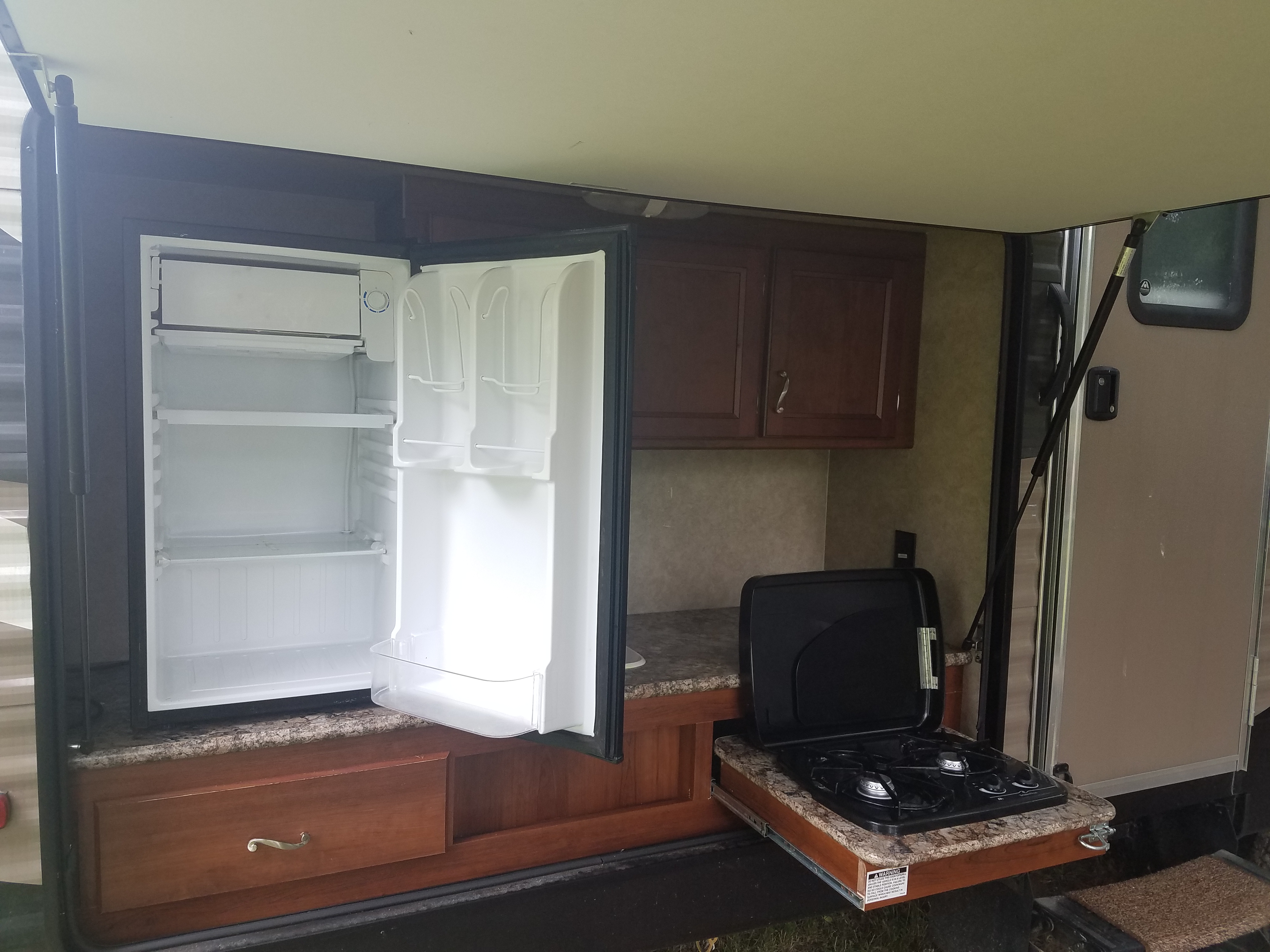 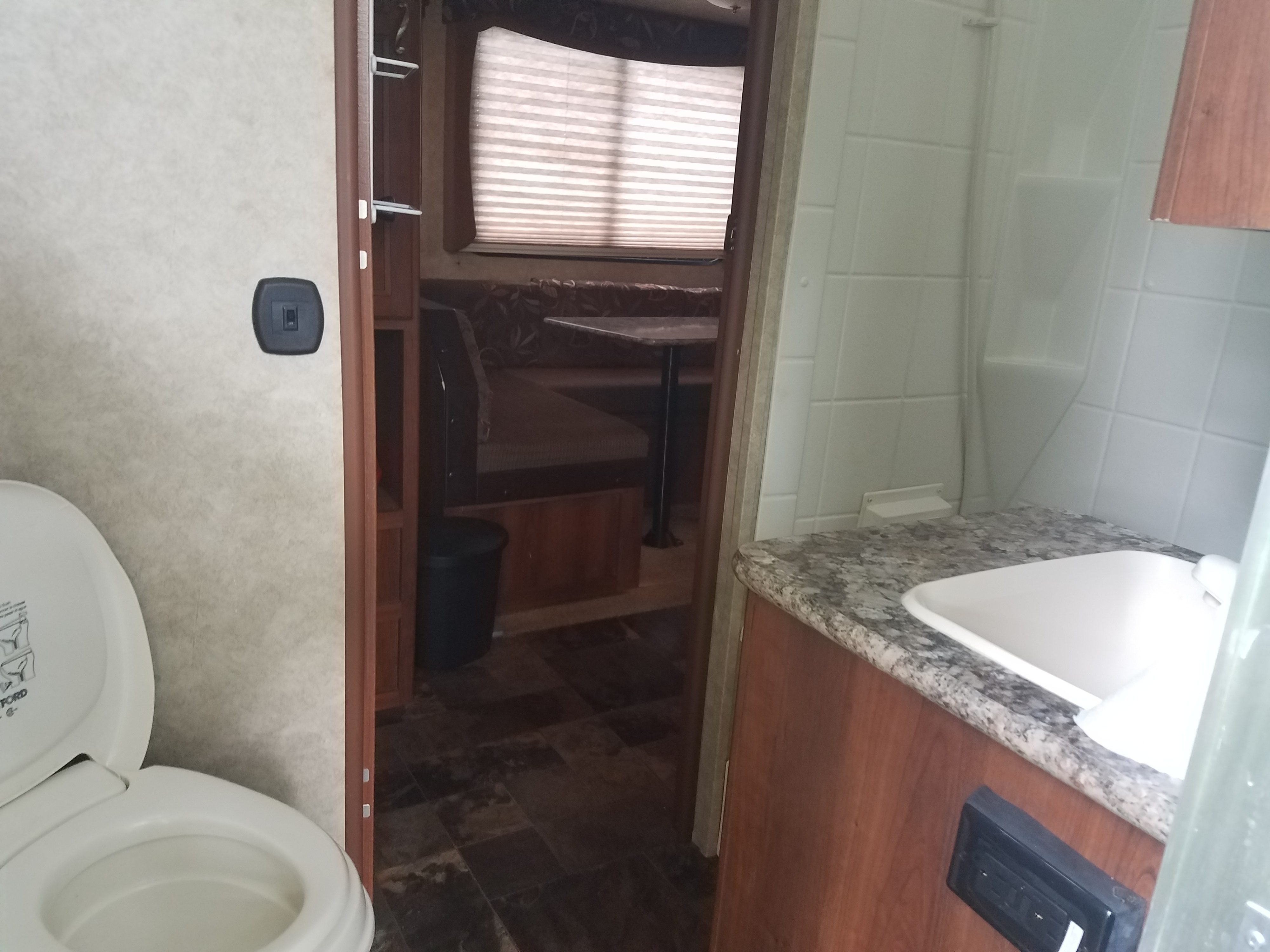 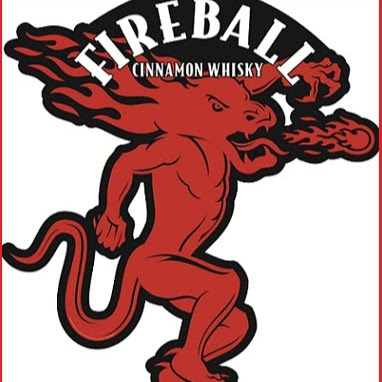 Typically responds in less than 6 hours

Learn about how this vehicle is cleaned
TrailerRental #32903

32 FOOT MASTER CRAFT AVENGER WITH 2 SLIDES. HAS A OUTDOOR KITCHEN WITH A SINK AND A REFRIGERATOR. IT HAS EVERYTHING YOU NEED FOR THE PERFECT TRIP

Cancellation policy moderate
Mileage
100 miles free per day You will be charged $0.35 for every mile over per day.
You don't have to lose your internet connection to connect with nature! Here are four internet options for every RVer. Learn more
Content by 1. The camper is not located where it is listed as. It's listed as being in Commerce. The owner actually keeps it in Hartland. We weren't informed of this until the day before the trip.

2. We communicated with the owner through text and Outdoorsy messages, but we never actually met him. He sent a friend to meet us for pick up and drop off instead.

3. The camper was in ok condition when we picked it up. The propane tanks were empty. The outside definitely needed to be washed, and the refrigerator had mold in it. There were several things broken when we picked it up: blinds broken or missing, bedroom doors coming off the tracks, the automatic tongue jack was broken (we were given a ratchet to move it up and down), a broken lock on the storage compartment, the plastic fender above the wheel well was coming up, the weather stripping around the windows and slide outs was falling off.

4. Despite the ok cleanliness and several broken/not functioning items, we realized it was a 6 year old trailer, and it worked fine for our camping trip. It is very spacious.

5. We were told everything was fine and we were good to go when we dropped the trailer off. The next day, we got a notification from Outdoorsy that the owner was holding our security deposit for various broken items (all of which I listed above as being broken when we picked the trailer up). It also said we were being charged a cleaning fee that was not mentioned in the listing.

6. When we tried to communicate with the owner about why we were being charged for items that we didn't break and cleaning, he was far from friendly, even using an expletive when he told my husband he "didn't give a fuck about the money". He also told us more than once that he had pictures proving that we broke things/should be charged for cleaning, but despite asking for these pictures several times, he never sent us any.

7. Long story short, this trailer is spacious and will work for your trip. Don't expect it to be in complete working order, to ever meet the actual owner, or to be treated with kindness. Also, take very thorough pictures of the camper and possibly a video before you rent it because the owner may try to say you broke things that were already in need of repair, like he did to us.

The owner was very nice and pick up and drop off were easy. We will most likely rent from him again!

The camper fulfilled every need. 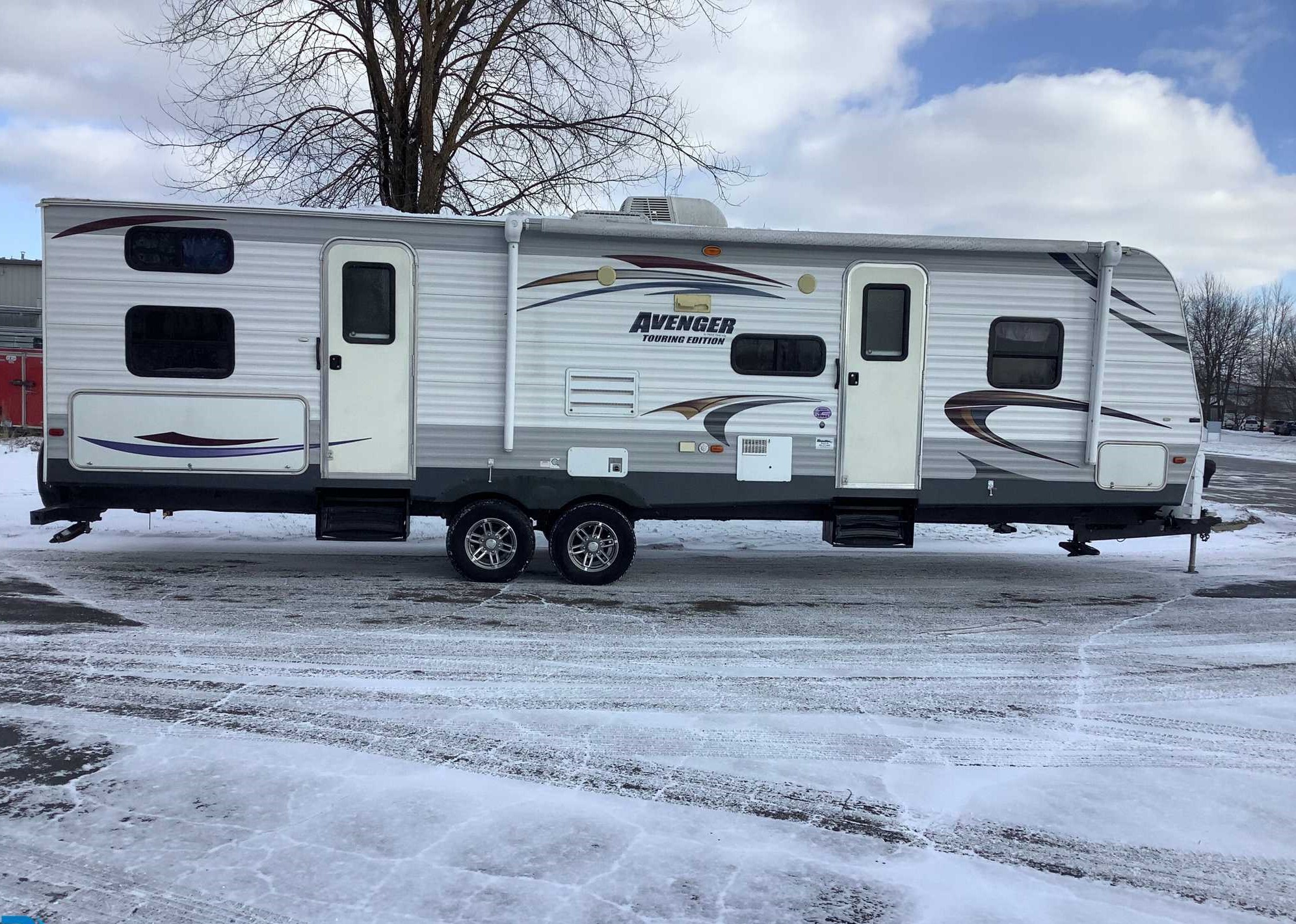