We are Bob and Charlene living in Longs, SC. We have lived in the area for about 3 years after living in NJ. We are both retired and enjoy traveling and spending time with our family.

Had a blast renting Mr Bob’s Class A since it was a first for me. Mr Bob was very informative and helpful with the use of his motor home before and during the rental period. I would recommend anyone wanting to rent a motor home should hit mr Bob up. All in all it was a great experience and suited our needs

We love our Thor Hurricane! Our rig has given our family so many fun memories and adventures already. Our Hurricane is Full of amenities ready to host you on your next adventure! You can sleep between 4-6 people. With a king sized bed in the master, the bed over the cab, the sofa, and dinette that folds down into a bed, you can sleep 6 very comfortably. The storage in it is incredible! The outdoor storage compartments, cabinet space inside, and the storage provided under the bed will give you plenty of space for all of your adventure gear.

This rig includes a back-up camera and an on board generator. It comes equipped with a DVD player and a TV along with an antenna to catch local channels or sports games. It has a bluetooth stereo with outdoor speakers along with an awning to keep the sun or rain out. Outdoor kitchen with a sink, dorm refrigerator and propane grill. Just flip on the exterior LED light strip when the sun goes down and you're ready to enjoy some time around the campfire!

The bathroom also offers plenty of storage! The master bedroom door closes off from the rest of the unit for privacy. Best part about our rig is you have your own washer and dryer inside. No need to wait in line or waste time.

Before you take our rig out, we will walk through what operating the RV is like and go through the process of what you will be doing when you setup at your campsite(s). If you're new to driving RVs and consider yourself a novice, there's nothing to worry about. We are more than happy to take you for a spin if you are able to arrive slightly early to pick up the rental to teach you how to drive the rig.

Mileage
100 miles free per day You will be charged $0.35 for every mile over per day.
Generator usage
4 free generator hours per day If you exceed the included hours you will be charged $3.00 per hour.
Take your camping experience to new heights with a rooftop tent. They're comfortable, convenient, and easy to install. Read how. Learn more
Content by 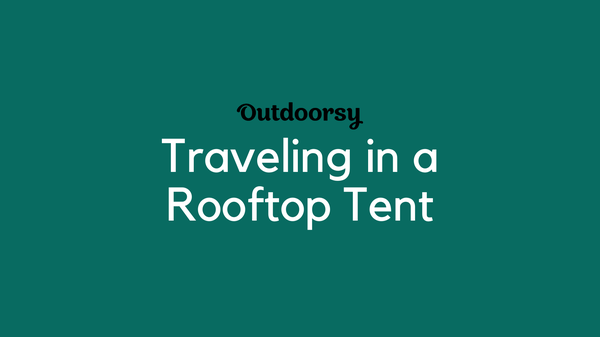 Had a blast renting Mr Bob’s Class A since it was a first for me. Mr Bob was very informative and helpful with the use of his motor home before and during the rental period. I would recommend anyone wanting to rent a motor home should hit mr Bob up. All in all it was a great experience and suited our needs

3 words: NASTY NASTY NASTY!
THIS WAS THE WORST VACATION EXPERIENCE EVER!
Upon first viewing, all looked to be ok when the owner dropped it off at the campground and we first walked in the door. Once I started putting away our personal items, I INSTANTLY realized how NASTY everything was! The loft had trash, an old used tissue, hair, dirt, and melted gummies stuck to the bottom UNDER THE MATTRESS!. The sink and countertops were all greasy as well as all the pans and utensils. Then I went to get a knife from the drawer... Totally Disgusting! One of the steak knives had a skewered red gummy candy with dirt and hair stuck all in it! It was right on top so no way it was missed when supposedly "cleaned". Needless to say, we were stuck there with no other options so we had to make the best of it. Luckily, we had brought our own sheets and towels, a griddle, and used all disposable utensils to avoid using anything in the drawers or cabinets, or anything else that was provided. I had to spend the first 2 hours of our trip wiping down all the counters, the table, and scrubbing the bathroom (Total YUK - brown and black stains on the floor around the toilet???) and all the rest of the floor in this NASTY RV. And that was just the first day!!!! There's more...
As if that wasn't bad enough, when we were given instructions by the owner of how everything worked, he let out the awning and specifically told us NOT to touch it further and not to worry about moving it anymore as it had a sensor that would retract all by itself if the wind got too bad. I HAVE A WITNESS TO THIS STATEMENT! When the owner himself extended the awning during setup, he was parked too close to the picnic shelter and extended the awning all the way out where one end was resting on top of the picnic shelter roof. This of course put the opposite end in a bind. You guessed it - the wind blew during a storm one night and the awning never retracted. A small metal piece broke off at the joint of the one arm opposite from the end sitting on top of the roof. Yeah - the one that was in a bind. From speaking with other camping EXPERTS, obviously, the sensor was either not working at all or was put in a bind from the end resting on the roof and that is what caused it to break. When the owner arrived to pick up the RV, we showed him what happened, discussed why it happened (including how he had set it up incorrectly causing the sensor not to work) and we spent over an hour helping him get it retracted and secured so he could travel back home. He immediately submitted a claim to replace the entire awning when only a small part was broken and could have been repaired. Perhaps he knew the entire time the sensor wasn't working and we were set up so he could get a free replacement??? We were forced to purchase insurance at the time of booking (even though we never drove it!) and knowing the awning was covered, I wasn't too concerned. OH, HOW WRONG I WAS!!! First, the owner LIED UNDER OATH and stated he never told us not to retract the awning. Remember above... I HAVE A WITNESS TO HIS STATEMENT! The claims process itself is also a scam as the claim was immediately sent to arbitration who sided with the owner, regardless of the 2 witnesses and pictures I had to prove my case.
So let's do some math: $750 paid for insurance to cover the outside of the RV that I never drove + $2331.72 awarded in a claim through arbitration which never even considered the facts in the case, and the owner's part he played in setting it up incorrectly in the first place. So that comes to a total of $3,081.72 I had to pay out of pocket for a simple repair job that should have cost less than $500 including labor!!! Oh, and the insurance I was forced to buy - it conveniently had a $3000 deductible!
What a TOTAL SCAM! So before you rent this NASTY RV, know that you are on the hook to spend hours cleaning it before you can use it, AND anything that breaks while in your possession - you will pay the entire bill to replace it with a new one!! Yep! So if the air conditioning unit goes out while you are staying in it - you get to pay the bill to REPLACE IT WITH A BRAND NEW ONE! That's how this system works.
And don't expect the owner to be honest and reliable in telling the truth about the situation when you get sent to arbitration because that's not in his best interest since he can get new equipment by lying under oath on the claims form. SEE THE PICTURE BELOW OF THE PART THAT BROKE DUE TO THE OWNER SETTING IT UP INCORRECTLY THAT COST ME A TOTAL OF $3081.72 - BETWEEN THE INSURANCE THAT DIDN'T PAY AND THE FULL REPLACEMENT COST FOR A BRAND NEW AWNING!. I'm sure the owner and the company will have this review removed as quickly as possible, so read it while you can... and rent this RV at your own RISK!!!

My family rented the Raczka RV for a Christmas trip from NC to Disney World. Both Mr. and Mrs. Raczka were quite helpful prior to our trip. They were very easy to work with. While we were away on our trip we had several questions, and Mr. Raczka was always available and most cordial in assisting us. The RV was very comfortable and easy to drive. I would definitely recommend renting this RV.

Bob and Charlene has a beautiful Motorhome. The price was great and they were very patient with our pickup and drop-off arrangements. I appreciate their hospitality of letting us use their home for our event.
Cynthia

"Brake It Till You Make It"

Jay-Jay the 2016 Jayco Precept (Delivery only at this time)