Hi! My name is Brittany. My husband and I have 1 son and 2 dogs. We enjoy camping at the lake with friends and just having a great time.

We truly enjoyed the RV, it was very cleaned and adequately equipped with all we needed for a great week.

Perfect camper for a weekend getaway! Bring the family and get ready to make great memories. Comes stocked with everything you may need for the weekend.

This camper has a rear bunkhouse floorplan which offers one set of bunk beds, a queen pullout that has a slide out for plenty of room. The two bunk beds are twin sized and provide lots of room for the kids. The queen sized pullout can be let in a couch form for a single user or pulled out for a couple with plenty of room to spare. The bathroom has a large shower, toilet, sink and vanity. There is also a second entrance into the bathroom so you don't have to walk through the whole camper to get to the bathroom, as well as an outdoor shower for those time when you need to clean up before heading inside. The main living area is ahead of the bathroom and includes an entertainment center with a 32" HD TV, BLUray player and a Bluetooth stereo. The kitchen includes a large 8 cubic foot refrigerator/freezer. There is a microwave, stove, oven and split sink for your convenience. There is also plenty of overhead and under counter storage which means there’s room for all of your camping gear. Behind the kitchen is a large pantry and wardrobe closet for storing items. Across from the kitchen is a slide-out with a U-shaped dinette and sofa in it. The dinette converts to a bed for extra sleeping and the sofa also converts to a bed for extra sleeping. In the front of the camper is the walk around queen bed with storage underneath and also has storage in each of the wardrobe closets on either side of the bed. There is also storage running along the front of the camper which is accessible from the outside.

Mileage
100 miles free per day You will be charged $0.35 for every mile over per day.
Generator usage
Unlimited generator hours
Gross weight 3,250 lbs
New to RVing? No problem! Outdoorsy community member, Mike Jackson, gives you the ins and outs of RV propane tanks and propane accessories.
Content by

We truly enjoyed the RV, it was very cleaned and adequately equipped with all we needed for a great week.

Brittany was great to deal with. Very responsive and the RV was clean and everything worked great! 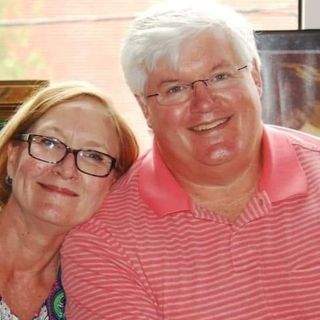 My experience with the RV and the Owner was fantastic. They were supportive, very complete with their instructions and operations. We had no issues whatsoever with the trailer and the owners, and the owners were very generous with their time, availability, and were immediately responsive.

Having said that, I had a number of problems with Outdoorsy and its performance. I received a call the day before pickup from the owner that their app showed that there was a problem with my Driver Verification, and that they would not be able to release the trailer if this was not addressed. After calling Outdoorsy, it took a couple of hours to resolve this, even though I had received no notification of a problem, and while Outdoorsy was gleefully charging my credit card the whole time for fees and deposits. There was also an issue with the published weight for this trailer - I suggested to the owner that they update their listing to reflect the actual trailer weight (3,250 lbs published/7,150 lbs actual). The owner showed me where they had entered the correct weight on their listing, so apparently there is a bug in the Outdoorsy app that prevents the correct weight from being published. This is a serious safety issue that needs to be addressed by Outdoorsy within their app programming, in addition to the previously mentioned driver verification bug. Billings should not occur until any issues with trailer release are resolved, and the renter should be contacted immediately by email flagging any such problems.

For my next trip, I will be reviewing other sources of brokerage such as Outdoorsy, as I believe Outdoorsy has some issues they need to work out to better serve their customers - owners and the renters who choose to use them.

The travel trailer was very clean and very well stocked! Everything we could have needed was provided and we had a great trip!