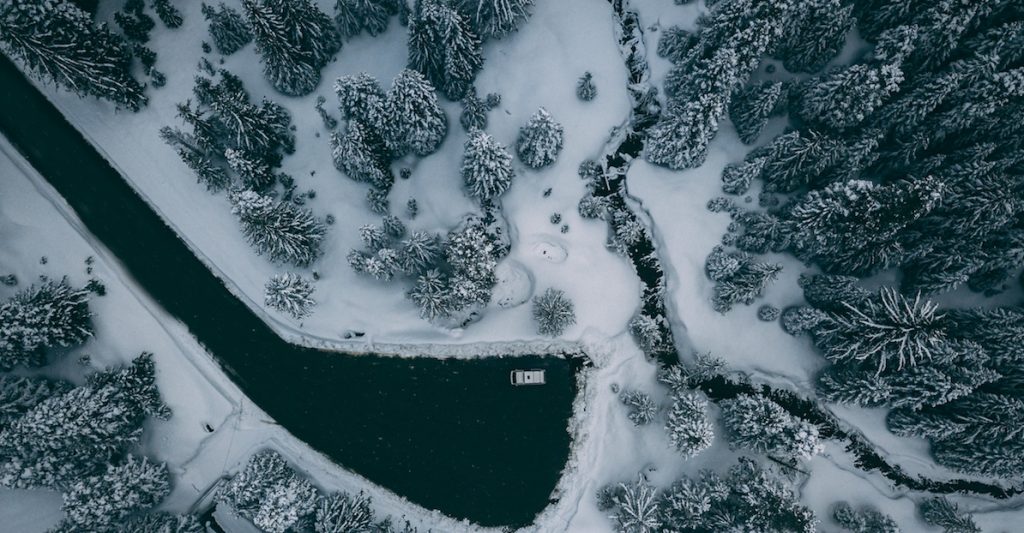 For United Kingdom based photographer Jason Fenton, the Pacific Northwest was always high on his bucket-list. An outdoor photographer by profession, Fenton’s travels have taken him to some far-flung destinations. However, something about the jagged coastline, snowcapped peaks, and otherworldly waterfalls drew him into wanting to travel Highway 101, USA.

One caveat? His trip length was tight for the itinerary he had in mind. 10 days to explore every nook and cranny, and every secret locale in Washington and Oregon. In order to see it all, he knew staying in a traditional hotel wouldn’t make sense. He would have to book multiple places, and rent a car to get from point A to B, to Z. Expensive… and time consuming.

Besides his daily must-have cup of McDonald’s coffee (we’ll forgive him for thinking it’s the best), Fenton shared some of his favorite food stops, camping spots, secret hikes, and Instagram worthy shots with Outdoorsy Social Media and Content Manager Alyssa Werner along the way.

What was your general itinerary?

After picking Lulu up from PacWesty in Bainbridge Island, Washington, I took the ferry to Deception Pass (a straight connecting Whidbey Island and Fidalgo Island). From there, I headed back to the Washington mainland to Stevens Pass and south into Oregon. There are no shortage of places to go in Oregon and I was hellbent to visit them all! I was able to visit Wenatchee National Forest, Olympic National Park, Willamette National Forest, and Umpqua National Forest. Sadly all great things must come to an end, and I had to make the trek back to Seattle for my flight home.

Favorite part of the trip?

Visiting Willamette National Forest was like nothing I have ever experienced. It was the quintessential Pacific Northwest experience I was seeking. One place I cannot get out of my head is Mckenzie River due to the sheer amount of waterfalls within the area. I am pretty sure TLC had this place in mind when they came up with “Chasing Waterfalls”… because I certainly did.

Speaking of waterfalls, which were the most mind-blowing?

After long days of exploring, where were some favorite places to rest your head?

For me, I enjoyed staying in parks away from the hustle and bustle of bigger city life — I get enough of that living in the UK. I was seeking non-traditIonal camping experiences during my road-trip; the ones you hear by word of mouth or through cool outdoor Instagram accounts. However, let’s be honest — a nice rest at a KOA for a hot shower and general store snacks didn’t hurt from time to time. Some of the coolest camping spots I found were:

You traveled solo with Lulu for most of your trip. How was that different than a road-trip with friends or family?

For me, traveling solo certainly has both its advantages and disadvantages. On one hand, it’s perfect because I couple keep a fairly strict budget and could decide when and where I wanted to eat without having to make, “the rest of the gang” happy. Also, I truly found when you opt to travel solo, you find yourself. For 24 hours a day, you are alone — there is nothing else to do except enjoy the company of yourself. You learn a lot about what makes you happy, sad, excited, and uniquely you. I loved it.

The only disadvantage for traveling solo with Lulu was not being able to share these amazing experiences with someone. With that said, social media is such a powerful tool. I was able to meet Pacific Northwest travelers and road-trippers through meet-ups. Some of these travelers were fellow photographers so we teamed up at some of the more photographic spots. It sure beat talking to myself in the van!

Last but not least let’s talk eats, especially because we hear you’re a huge fan of Man VS. Food (as are we)!

Okay, yes I do love McDonalds (especially their coffee), so I have to admit I ate there everyday for breakfast. However, I promise I won’t include in my favorites below.

First time renting an RV like Jason Fenton? Check out our guide on RVing for first timers, and rent an awesome RV or campervan through Outdoorsy for your next road-trip!