Tucson is a city in southern Arizona not far from North America's border with Mexico. It's a sprawling urbanization that covers over two-hundred and thirty square miles of the Sonoran Desert, but although it's sizable, bordered as it is on all sides by mountains and the extensive spread of the Saguaro National Park, it's a very scenic city. Founded as a military fort by the Spanish in the late 18th century, the city still has a notable influence remaining from those early days.

There are several historic districts worthy of exploring in Tucson including one, the Barrio Santa Rosa, which is included on the National Register of Historic Places. You'll also find many examples of well-maintained 19th-century adobe houses, particularly in the Armory Park area, if you have a stroll around. There are excellent opportunities for outdoor recreation in Tucson too. The level topography of the city is ideal for cycling or walking and there's an extensive network of pathways crisscrossing the city for just that purpose.

While it can be great to have plenty of sunshine and be somewhere with a mild winter, Tucson is arid with sparse rainfall and sees snow rarely, sometimes a desert climate can be suffocating, especially in the middle of the summer when you're stuck in the city. Even though Tucson was built on the banks of the Santa Cruz River, it's sadly a waterway that's frequently bone dry. To get re-hydrated, plan a weekend RV road trip from Tucson to the Carson National Forest in New Mexico that includes lots of waterside hikes and stops by some magnificent lakes. The trip will leave you feeling totally refreshed rather than dried out like a desiccated saguaro cactus fruit that's been in the sun for too long.

Leave Tucson on the AZ 77 northbound and you'll be motoring along a picturesque route that passes by the eastern border of the Tonto National Forest. While that might be a tempting spot to pitch camp, keep going for a few more miles and you'll arrive at the Fool Hollow Lake Recreation Area. The recreation area is just west of the small rural community of Show Low in the Apache-Sitgreaves National Forest and can be reached by turning off onto the S. Clark Road.

The campground at the Fool Hollow Lake is a little piece of lakeside paradise you'll be overjoyed you decided to camp at. There are over ninety campsites distributed around the lake shores separated by tall pines. The added bonus here is that because of its altitude and geographical location, there's more often than not a cooling breeze blowing through the trees. While you're camped there you can just sit back and relax by your rig to enjoy the views, go fishing or have a tranquil hike through the forest without getting overheated.

As you continue northwards on your road trip from Tucson to the Carson National Forest, you'll pass through the town of Holbrook. Once you do you'll be rolling along the old historic Route 66, or at least parallel to it depending which highway you choose as the I 40 also follows the same route. Turn off either highway along the Petrified Forest Road and you'll discover a one-hundred-year-old hotel that has now been converted into a fascinating museum.

The Painted Desert Inn is an ochre-colored construction, that blends in perfectly with its desert location, and is a National Historic Landmark. Park up to take a look inside and you'll find a diverse array of exhibitions ranging from displays about the Civilian Conservation Corps, the building's days as a stopping point for hospitality and accommodation on Route 66 and a large collection of Hopi paintings. While you're in the area, don't skip visiting the Petrified Forest National Park for a hike through the fossilized trees. No, there's not a lot of water there, but it's still interesting anyway.

If you've been longing to see an endless stretch of water that will make you feel as if you've been transported to somewhere in the Mediterranean or to the Californian coast, you'll realize your dream when you roll into the Bluewater State Park in New Mexico. Turn off the I40 in the town of Thoreau along the Bluewater Road and you'll be in for an azure-colored treat.

The stunning stretch of Bluewater Lake is located high up in the Zuni Mountains at an altitude of over seven thousand feet. It's the perfect place to pitch camp and get in some serious fishing. The lake is stocked with a plenitude of different species of trout and even though they won't jump on your hook, there'll be no worries of something tasty for dinner if you're patient enough. Even if you're not into fishing for your supper, it's a superb place to take a hike or chill out while viewing the beautiful water-oriented scenery.

Whether you're taking your RV road trip from Tucson to the Carson National Forest in the summer or winter, take time out to pull up at the Valles Calderas National Preserve. The calderas, or craters, are of volcanic origin but there's still water running through them so don't expect a hot, volcanic location still spewing lava because you won't find it here. It's a place that you can only explore on foot too as no camping is permitted in the preserve. If you want to camp nearby, check out either the Santa Fe National Forest or the Bandelier National Monument.

The massive extinct volcanic craters of the Valles Calderas are a superb place for solitary hiking through spectacular landscapes. If you're not used to hiking at an altitude of eight-thousand feet, pop into the Valle Grande Visitor Station first and get some advice from the rangers. That's what they're there for and they're more than happy to advise. You'll be totally blown away by the amazing vistas when you get to the top. They're so worth getting a little breathless for on the way up. The city of Tucson hasn't got anything to compare. 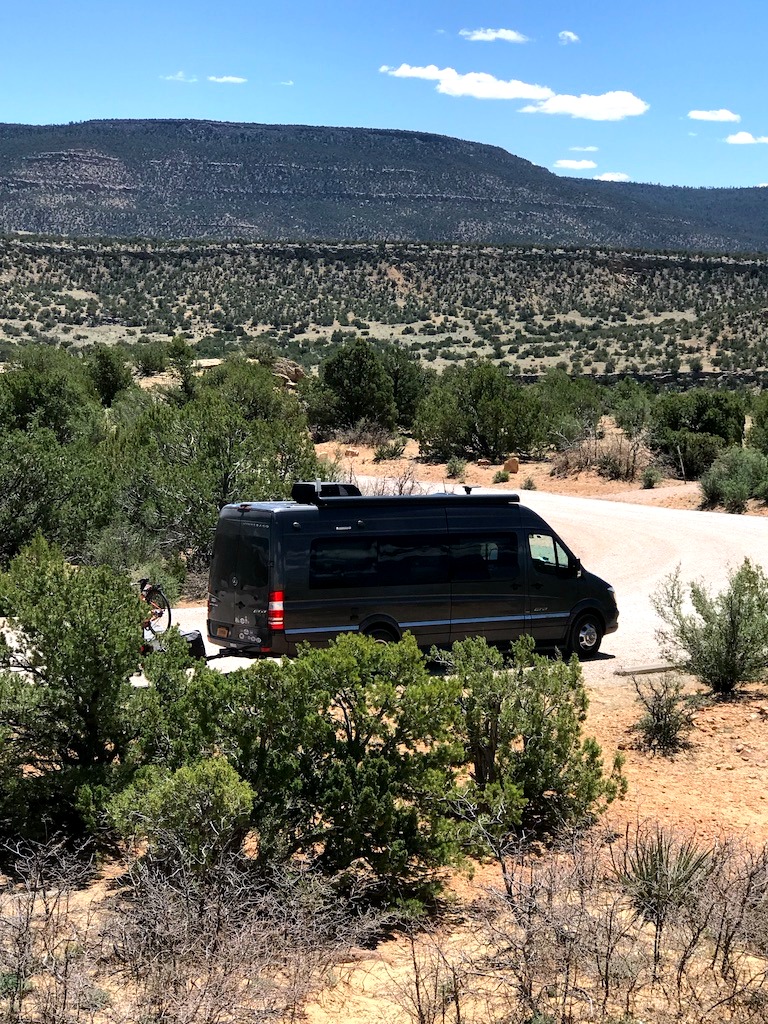 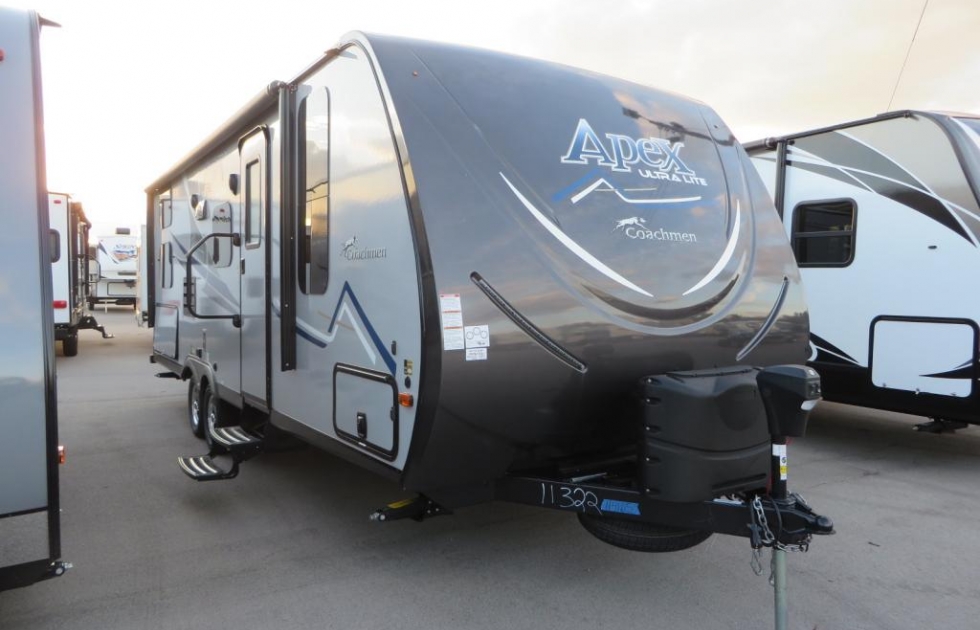 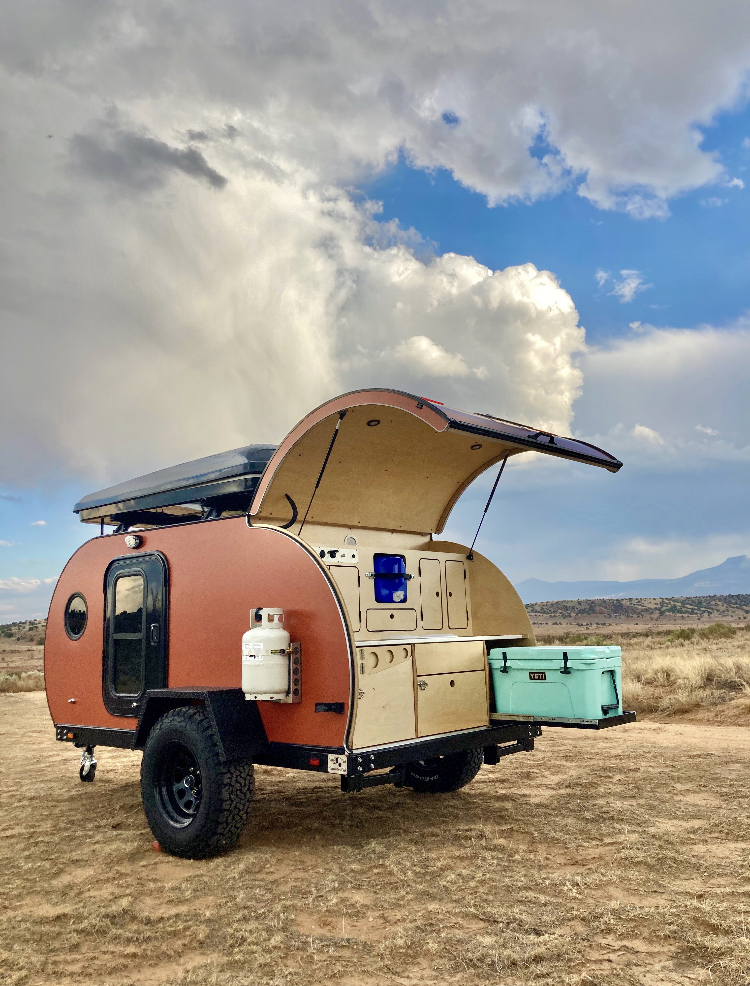 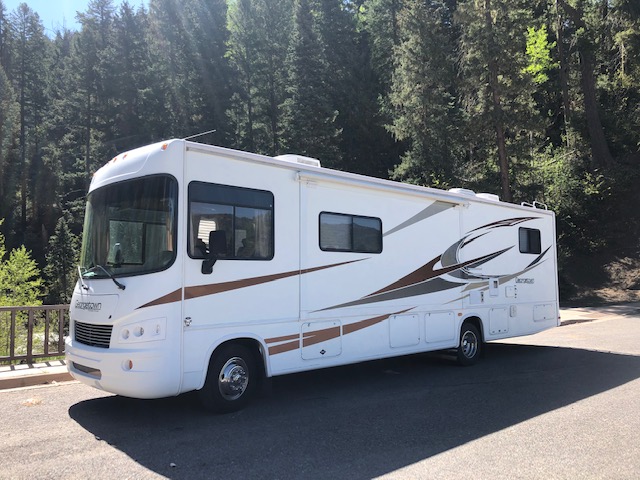 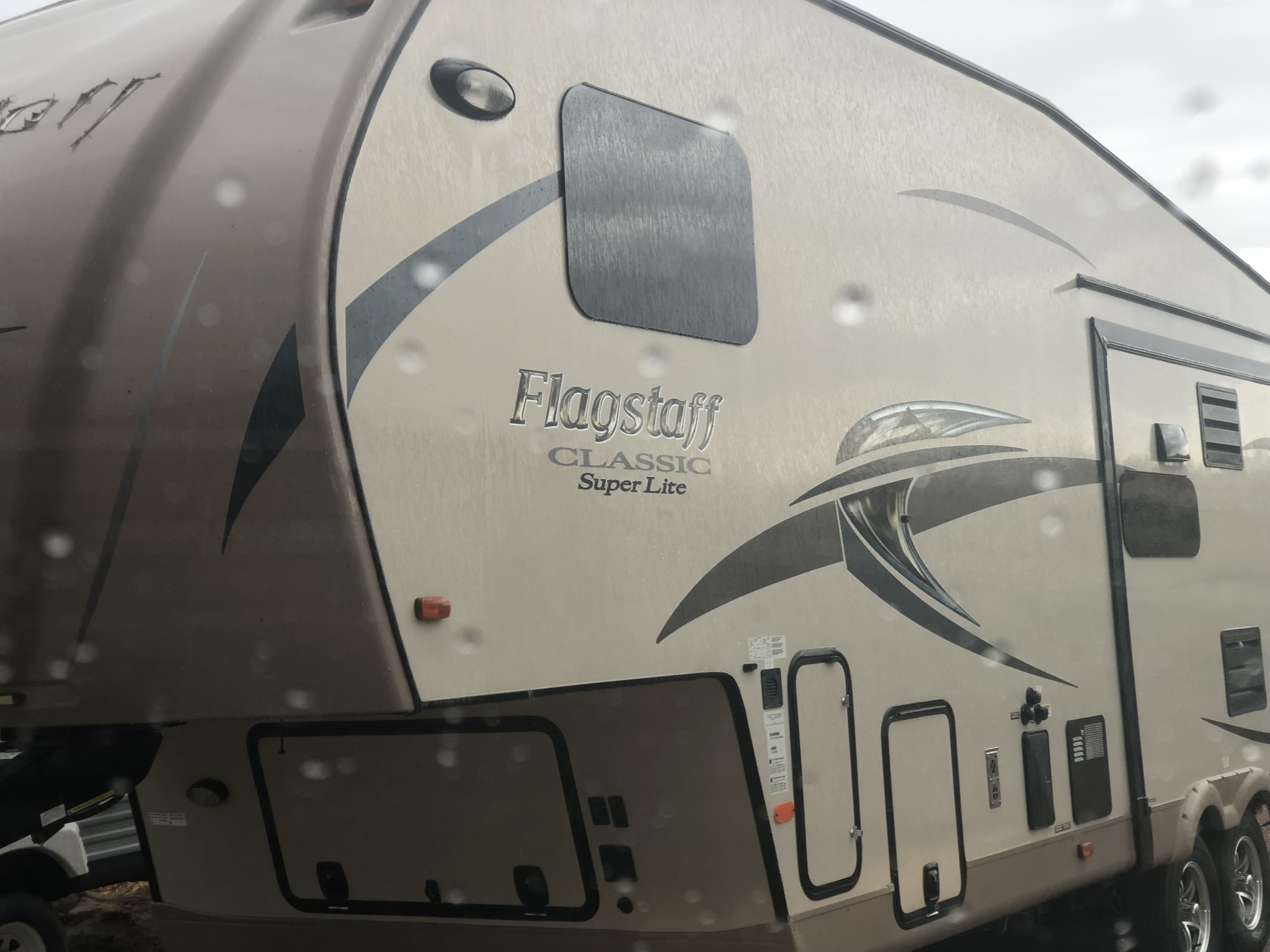 When you arrive at the Carson National Forest in New Mexico, the aridity of Tucson will be nothing more than a distant memory. All you'll have in mind are the images of the landscapes you've passed through to get there and the lingering memories of cobalt blue mountain reservoirs.

Pitching camp in the forest won't change that as it's a spectacular landscape of unbelievable alpine-style mountain lakes surrounded by acres and acres of pine forests reminiscent of a postcard from Switzerland. The pine forests and the glacial-blue lakes are so stunningly beautiful, you might never want to return to the dry and dusty terrains of Arizona.