I have 4 trailers that i have been renting out for a few years now. My goal is absolute customer satisfaction. We want to make the experience as simple as possible. Please don hesitate to ask for something if it will make your experience better or easier.

Great family camper or a couples getaway. Camper is complete with all utensils and amenities needed to have a great camping experience. Camper will sleep up to 6. Has queen bed with upgraded 9 inch thick memory foam mattress. In the back it has twin bunk beds. Dinette will fold done into a full size bed if needed. Large awning will allow you fun outdoors no matter the conditions. Camper is equipped with chairs and outdoor/indoor cooking utensils. Included is pots and pans, silverware, plates, coffee pot, toaster, cups, and camper access. Nice and clean sheets, blankets, wash clothes, and blankets are ready for you. Toilet paper and paper towels also included. Really at the end of the day the only thing you will need is food and fun you will have taking this camper out. Very easy pull for a 1/2 ton. SUV and minivan towable as well. Book your getaway today!

Cancellation policy flexible
Mileage
100 miles free per day You will be charged $0.35 for every mile over per day.
Gross weight 3,880 lbs
New to RVing? No problem! Outdoorsy community member, Mike Jackson, gives you the ins and outs of RV propane tanks and propane accessories.
Content by

Thank you very much!! 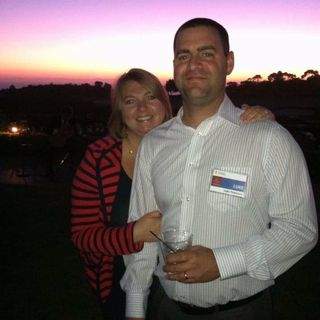 We had a great time camping. Thomas was great to work with and communicate with. He was very professional and courteous. I will rent from him again

Great to work with he and his wife. Made it a nice experience to get away for the weekend . All we needed for trip where clothes and supplies. Thank you again . Highly recommend and will rent again soon.

The trip turned into a nightmare. On our return home, we discovered that one of the leaf springs had failed catastrophically. As you can see from the photo, there were 2 leafs that had broken. The first had likely broken before we picked it up for our own week trip based on the amount rust on the broken leaf.

The failure left us stranded. The roadside service was not very helpful and failed to provide regular updates. We had to call them and wait on hold for 20-40minutes to get an update. Eventually after 30 hours of waiting (with 2 small kids) we were able to get it towed. We then had to abandon the trailer due to additional obligations the following day.

The owner claimed the deposit even though there was damage that obviously occurred before we took custody of the trailer. Its been over 8 weeks since returning the trailer and Outdoorsy still hasn’t made a decision. Outdoorsy continues to have a hold on our account. I’ve received the same update from Outdoorsy since the beginning of august—that the case is under review by management.

We will not be a repeat renter.

TJ was very responsive both at booking and during our rental. This was our first trip using a camper. It was such a great experience we are planning our next trip already. Would definitely rent from TJ again!

Perfect Camper for a Couples Getaway!