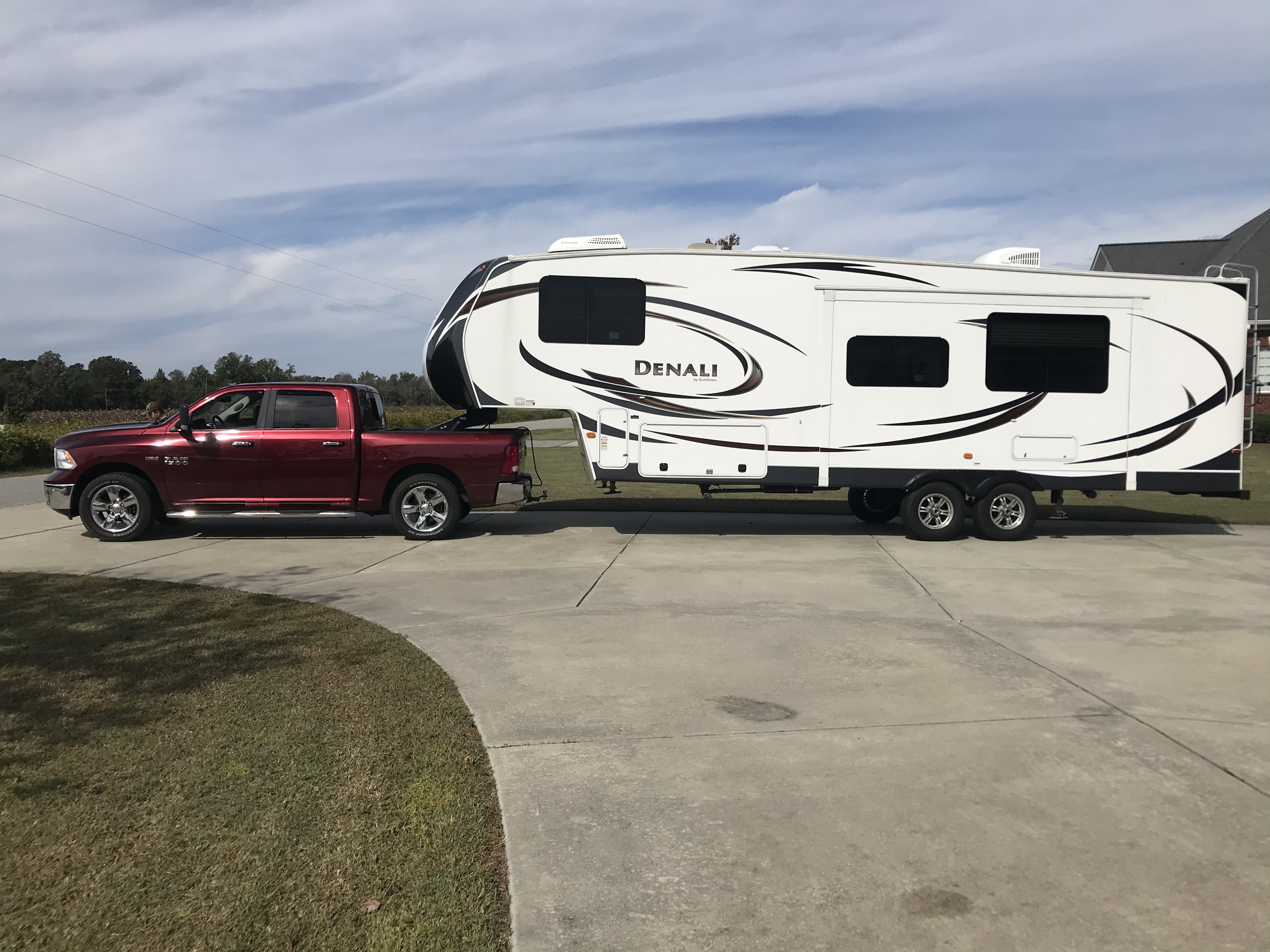 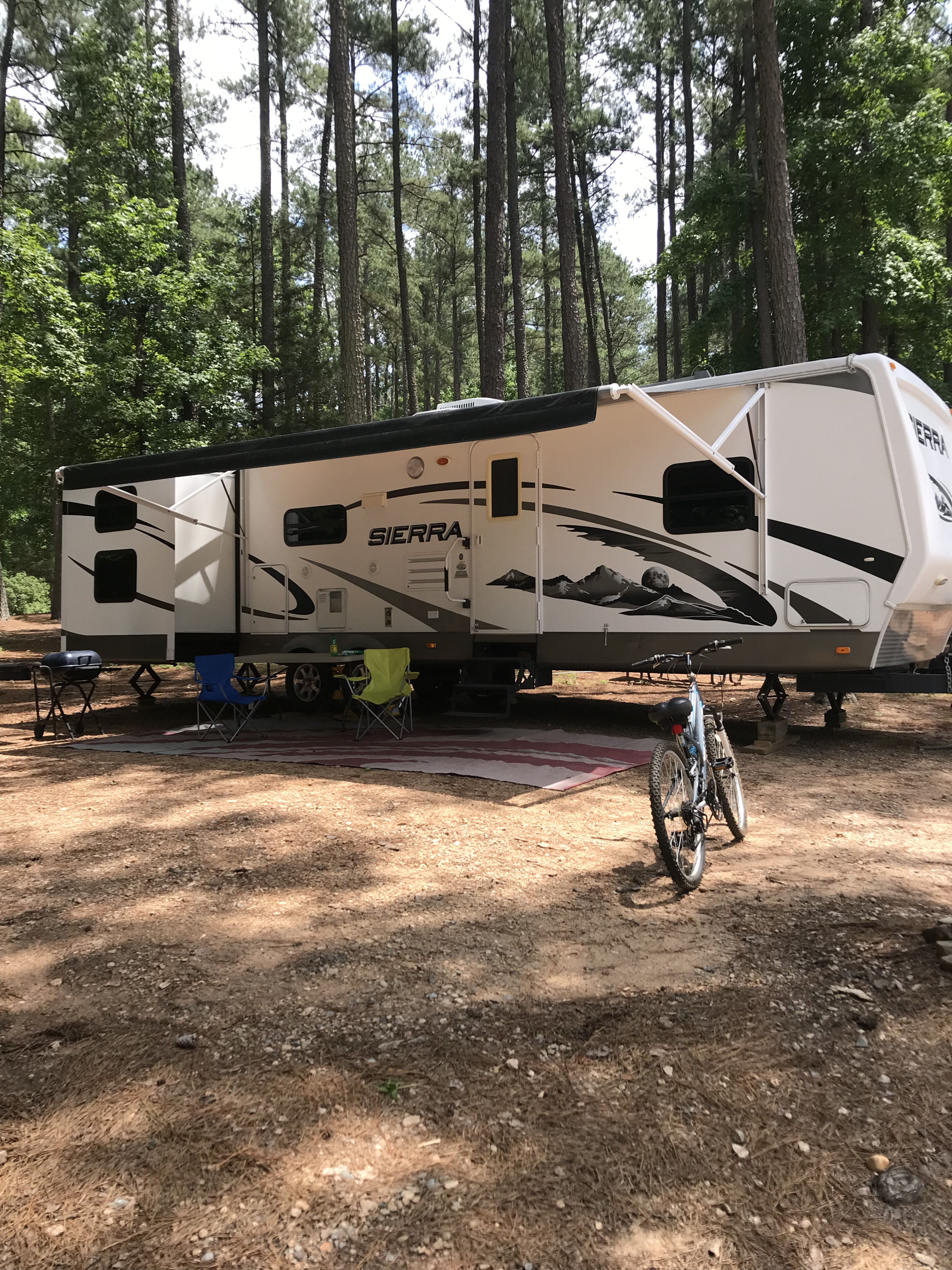 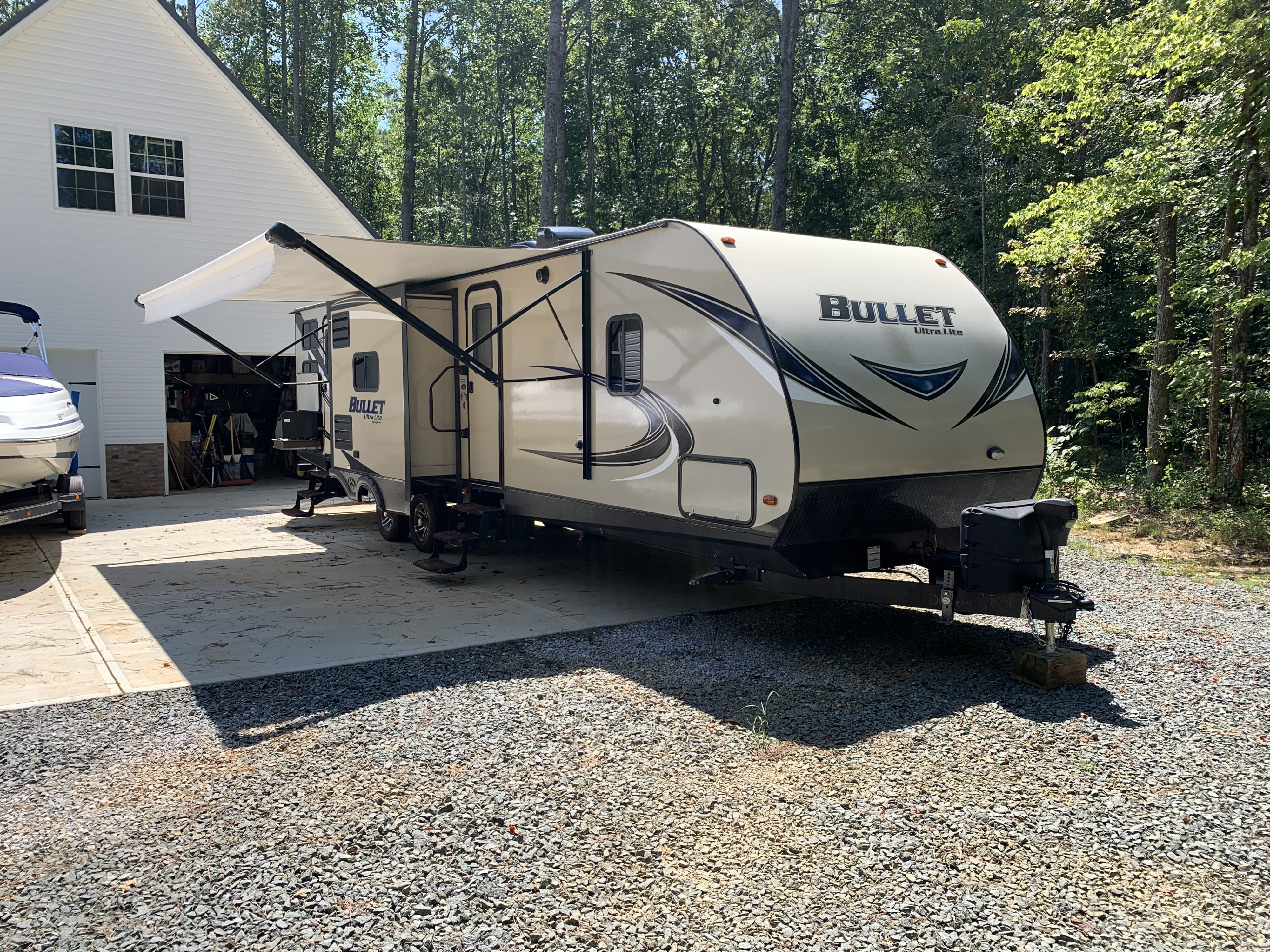 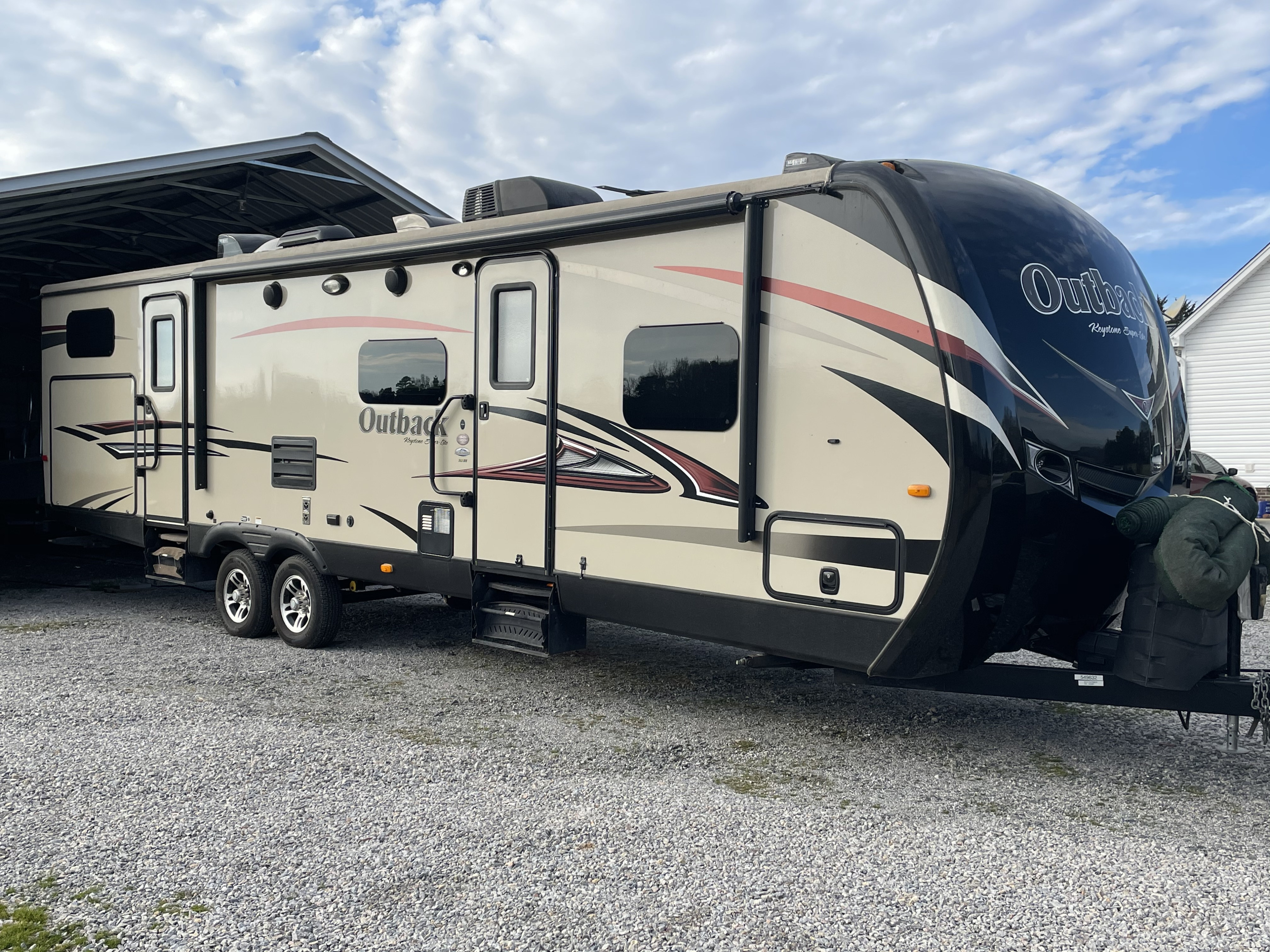 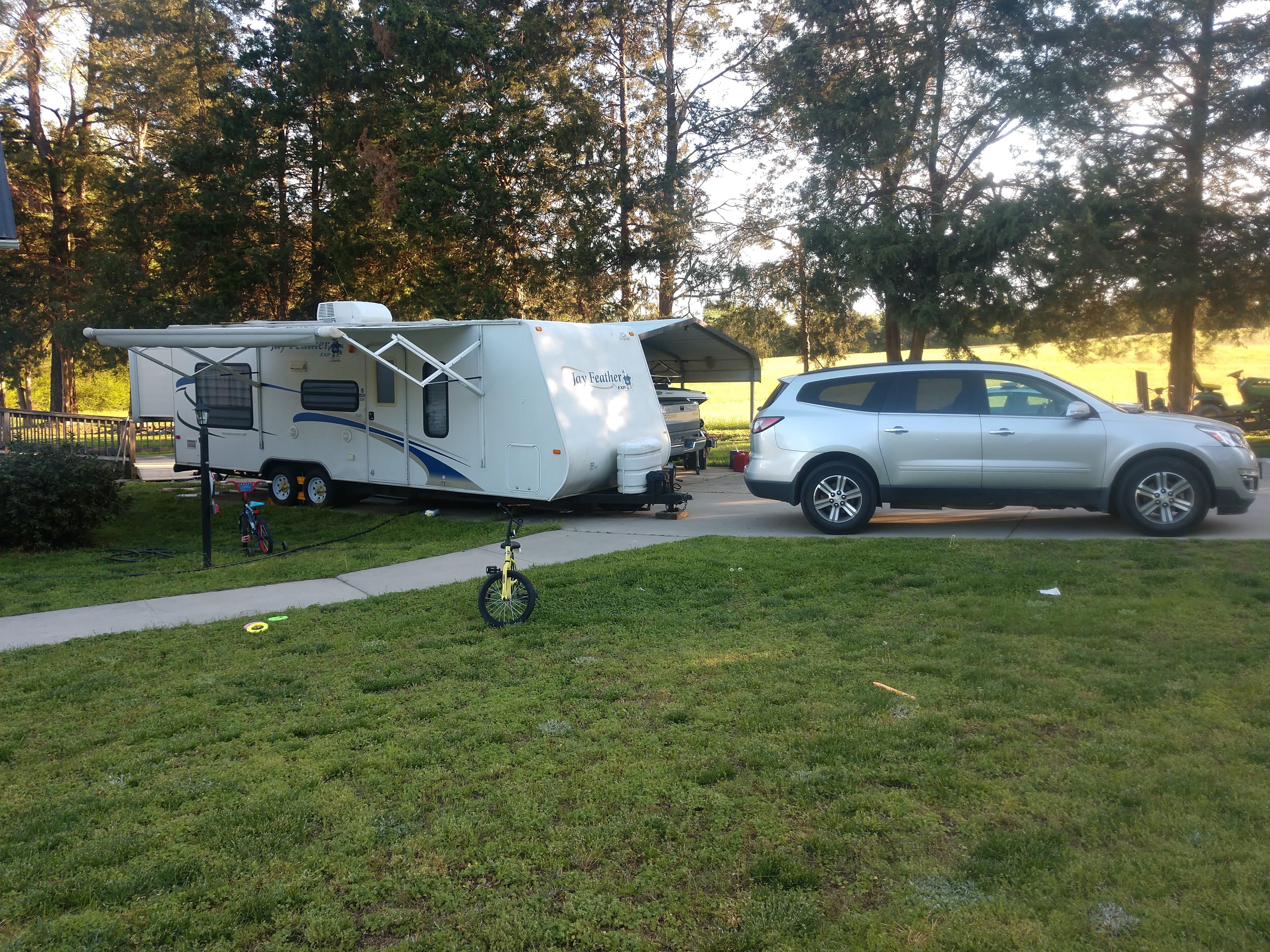 2019 Coachmen Freelander - All the comforts of home! 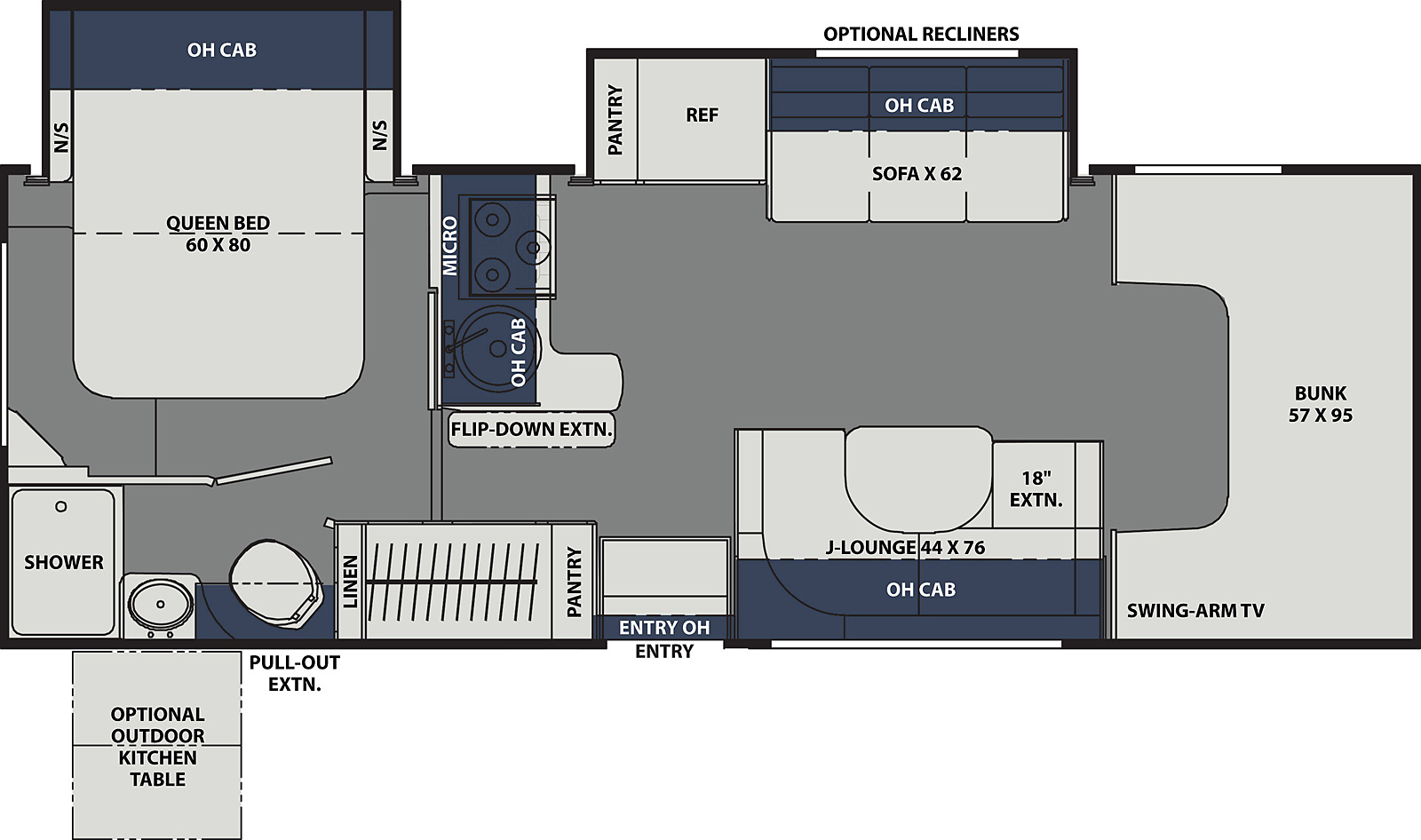 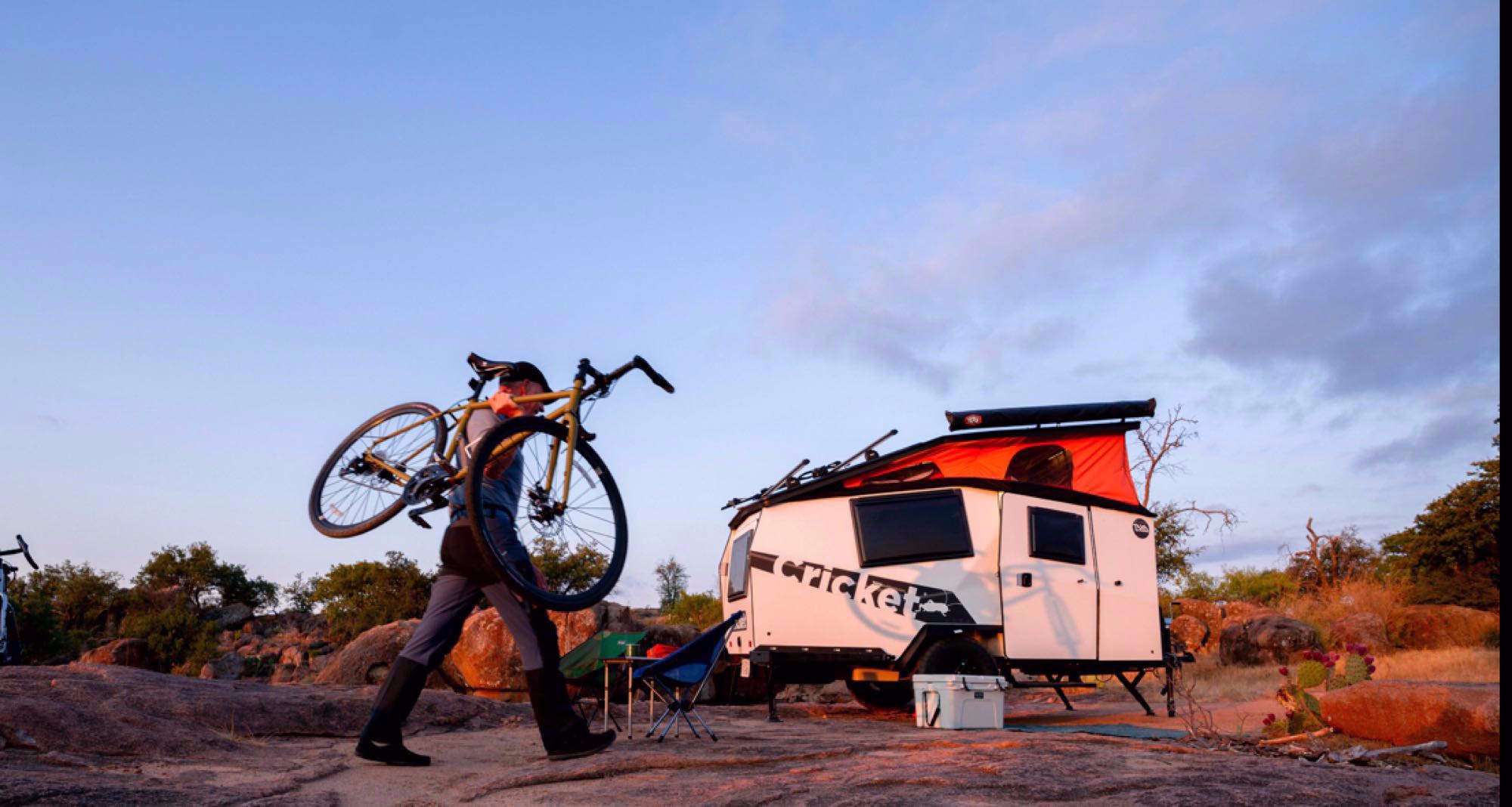 For those unfamiliar with the area, choosing a Henderson motorhome rental might seem a bit out of the ordinary. This little town lies about 45 minutes to the north of the cities of Raleigh and Durham, which might seem too far away from the action for a lot of people.

It’s only once you’re there that it becomes clear that the distance is what makes it so special. There are tons of great outdoor activities nearby, with Kerr Lake providing several campgrounds, hiking trails, and beautiful waterways for exploration. It has great food - whether you’re craving Italian, BBQ, seafood, or just about any either type of cuisine, there’s a restaurant that does it right in Henderson. Additionally, nearly a dozen buildings in its quaint downtown area are listed on the National Register of Historic Places. And all of this can be experienced without the crowds you’d find in larger, tourist-filled cities.

As Henderson doesn’t see hordes of tourists there aren’t that many places to park an RV beyond the town’s Walmart parking lot. In fact, there aren’t many dedicated RV parks until you get fairly close to Raleigh. Instead, you’ll need to make do with campgrounds that have less than the usual amenities. Isn’t that part of the fun of getting off the beaten path with your Henderson RV rental though?

The closest campsites can be found at Nutbush Bridge Campground 10 minutes to the north of Henderson. It’s actually fairly large with over 100 sites, 60 of which have electricity and water. There are also hot showers, a dump station, and boat launch onto the Kerr Lake. It also has a nice beach on the lake if you just feel like relaxing with a book. Other good sites to set up camp on Kerr Lake include Bullocksville, County Line, Hibernia, and Satterwhite Point. All have hookups in some form, but not all sites will have them and they could be located farther away from your site than you’d like, so bring a long extension cord and hose. Some of them are not open year round either, so be sure to check their websites before heading over.

If you’re in need of extra supplies, there’s a Walmart on the northwestern edge of town, about 10 minutes south of the Nutbush Campground. For convenient fueling, you’ll want to gas up your Henderson rental RV at one of the nearby truck stops, both of which can be found near the I-85 interchanges in South Hill, about a 30-minute drive to the north of Henderson.

Exploring the Town of Henderson

When you book an RV in Henderson, you’ll have the perfect opportunity to explore small-town life in a part of North Carolina that doesn’t see too many tourists.

Though you wouldn’t expect there to be much of an arts scene in a small town like this, Henderson is home to both the McGregor Hall Performing Arts Center and Raleigh Road Outdoor Theater. The 1,000-seat McGregor Hall hosts dozens of great live performances every year while Raleigh Road is a pet-friendly drive-in theater that plays both first-run movies and classic films Wednesday through Sunday.

To pick up a souvenir of your travels, make a stop at the Bee’s Knees Country Store. They sell lots of interesting crafts, gifts, and of course, freshly made honey.

If you do decide that you need a taste of the city during the Henderson RV rental by owner vacation, Raleigh is only 45 minutes away and has some amazing attractions like the North Carolina Museum of Natural Sciences, PNC Arena (home of Carolina Hurricanes of the NHL and North Carolina State Wolfpack of NCAA basketball fame), and of course the state capitol building and all the history that comes with that.

Getting Outside near Henderson

The most obvious place to get some time in nature near Henderson is at Kerr Lake. If you don’t have your own boat, Steele Creek Marina on the western shore has kayak, pontoon, and even floating cabin rentals. The Satterwhite Point boat access area has a roped off swimming section and changing rooms on the shore. As for activities out of the water, there are two hiking trails adjacent to the lake, Big Poplar and Kerr Lake Track Trail, both about one mile in length.

When you rent a motorhome in Henderson, you’re buying yourself the freedom to travel wherever you wish. With that freedom comes the opportunity for adventure, so why not explore some of the amazing outdoor attractions that are a little farther away. Shenandoah National Park in Virginia has the famed Skyline Drive, where you can drive across the ridgeline of the Blue Mountains, and is only three and a half hours away. There’s also Great Smoky Mountains National Park in Tennessee, which is the most popular park in the national park system, and it’s not hard to see why, with scenic drives like the Roaring Fork Motor Trail and amazing hikes like the Chimney Top Trail. The park is just five and half hours away, a reasonable distance with your Henderson camper rental.